Birmingham on brink of lockdown: Council gets new powers to shut down restaurants and bars which flout social distancing rules, to close parks and ban large weddings from TOMORROW to stop spread of COVID 19

Bars and restaurants in Birmingham which flout social distancing rules will be shut down after the Government rubber-stamped new powers to stop the spread of coronavirus in the city.

Birmingham City Council has announced that as of Wednesday it will have the ability to investigate reports of premises failing to adhere to Covid-19 guidance.

Council officials and police officers will be able to issue formal warnings to any which are breaking the rules while repeat offenders could ultimately be forced to close.

The powers also include the ability to ban events like weddings and funerals if there are concerns about the number of people who may attend while parks and other outdoor spaces could also be shut in the interests of public health.

The measures, put forward by the city council and agreed by the Government’s Gold Command which is chaired by Health Secretary Matt Hancock, come after Birmingham was designated as an ‘Area of Enhanced Support’.

Rising case numbers prompted ministers to give the designation to the city last Friday.

It means Birmingham is now subject to additional testing in order to establish the extend of the spread of infection amid fears the city could face a local lockdown. 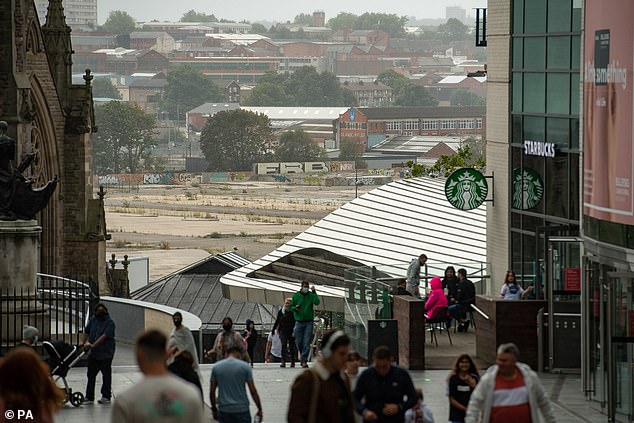 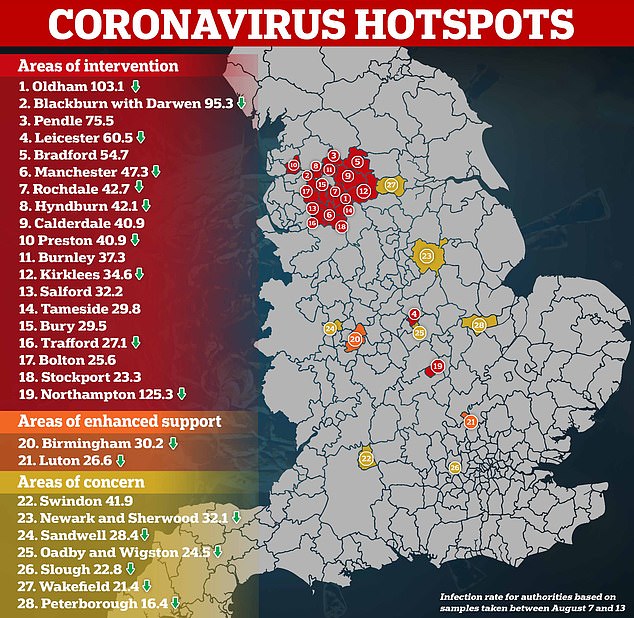 Councillor Ian Ward, the leader of Birmingham City Council, said: ‘While the recent figures show our rates are going down, we cannot be complacent.

‘We must all continue to follow all the relevant safety guidance in order to protect our families, friends and work colleagues.

‘Most importantly staying disciplined now is a price worth paying when compared to the cost of damaging the future life chances of our City’s children – which may happen if there is a spike in the rate of infections and schools have to close, or parents do not send them due to concerns about the potential risks.

Mr Ward said most people in Birmingham are adhering to Government guidance.

‘For those that are not we are now enacting powers to ensure that they do,’ he said.

‘These new powers will allow us to intervene when businesses are putting staff and customers at risk of infection.

‘By all working together to take action now, we can hopefully bring the numbers down, prevent further restrictions and protect the health and jobs of people across the city.’

The city council is urging customers to report restaurants and bars which fail to ask for their contact details and which do not require patrons to socially distance.

Hospitality businesses are also being reminded that they should not accept bookings for more than six people or from groups from more than two households.

The first step in enforcement proceedings for rule-breaking firms will see them hit with a written warning.

Continued flouting of the rules could then see them served with a formal notice of closure.

Decisions on prohibiting weddings and funerals will be taken on the basis of a maximum event size. 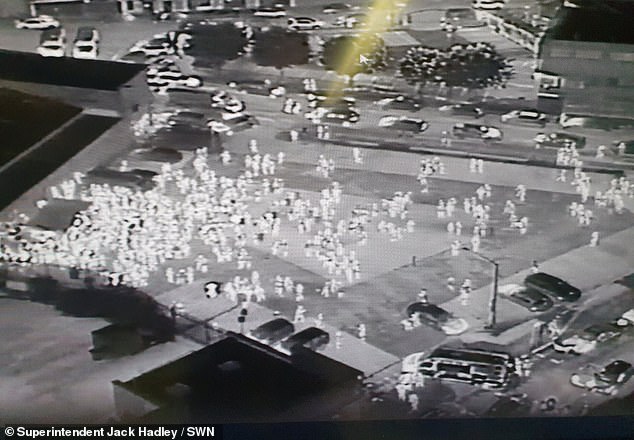 Around 200 people were seen gathering in Birmingham city centre, around Hampton Street, on Friday August 14 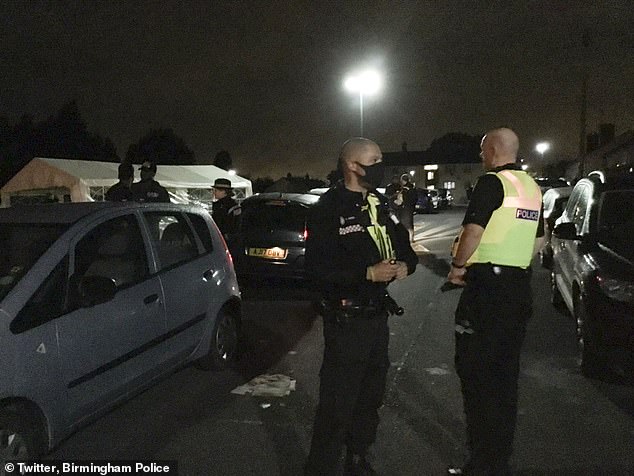 Police were called out to an illegal gathering in Northfield, near Birmingham, on Saturday

There is no intention to change the numbers of people that can attend different types of events which currently stands at 30.

The new crackdown comes after police in Birmingham were called to more than 70 parties in recent days, including one in Northfield which included two marquees and a DJ.

Around 200 people were seen gathering in the city centre, around Hampton Street, on Friday August 14.

As of this Friday new powers will come into force meaning organisers of illegal raves can be fined up to £10,000.

Tags: Birmingham, close, new, powers, to
You may also like
Celebrities News