‘Monster’, 20, is jailed for three months and banned from owning animals for life after biting off his kitten’s ear and punching it so many times he lost count

A self-confessed ‘monster’ who bit his cat’s ear off and ‘lost count of how many times he punched him’ has been locked up and banned from owning animals for life.

Aaron James Williamson, 20, was jailed for 12 weeks after a court heard of his sickening catalogue of abuse against the kitten.

Williamson, of Grimsby, admitted he had lost count of how many times he had punched the feline, called Litten, and did it whenever he was angry.

He tortured him, including biting his ear multiple times, leaving the pet with very little of it left. 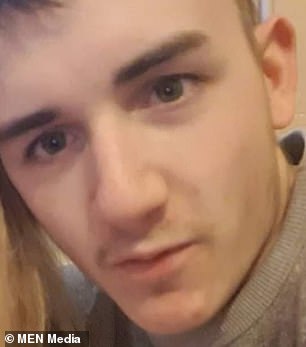 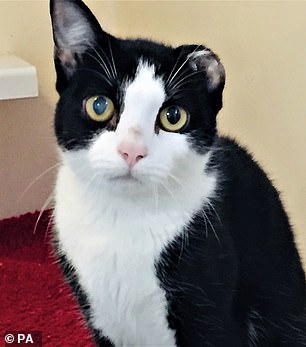 Aaron James Williamson, pictured, was jailed for 12 weeks after a court heard of his sickening catalogue of abuse against Litten the kitten, pictured

District Judge Daniel Curtis described his acts as ‘sickening’, before sentencing him to 12 weeks in prison and stopping him from owning animals for the rest of his life.

The RSPCA confirmed three kittens were rescued from Williamson’s home on September 11, after a witness contacted the organisation to report animal cruelty.

Litten and the other two kittens have since been rehomed, with Litten, now called Oreo, and another, finding a new home together in Derbyshire.

His new family have said that he is now ‘fantastic’ and is ‘absolutely adorable and really good natured’.

RSPCA inspector Kate Burris said: ‘Williamson tortured this kitten. He admitted repeatedly biting Litten’s ear, which resulted in the loss of most of it, and that he had lost count of the times he had punched Litten. He said he did it when he was angry.

‘District Judge Curtis said his daily abuse of small, defenceless animals who were unable to harm him and were at his mercy was sickening. 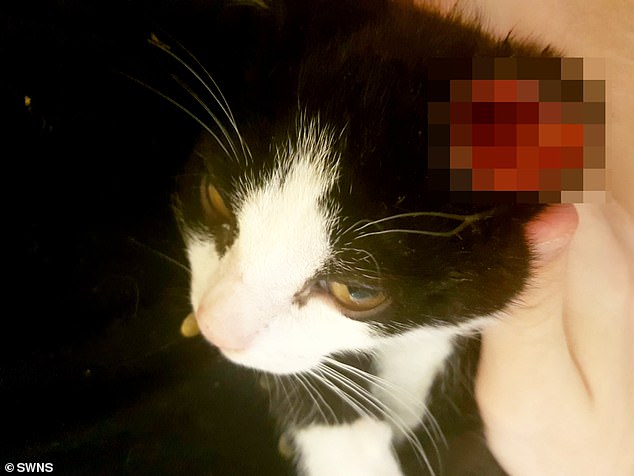 The cat, pictured, suffered horrendous injuries, inflicted by Williamson, who called himself a ‘monster’ in interview 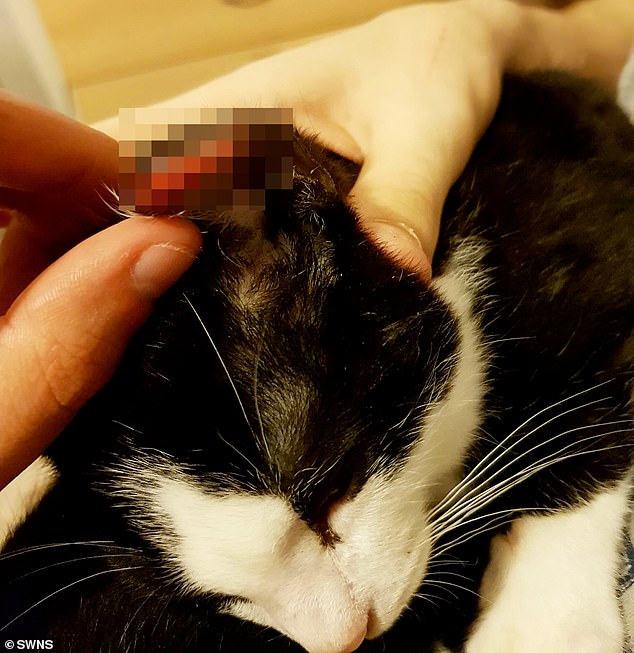 District Judge Daniel Curtis described the thug’s acts towards Litten, pictured, as ‘sickening’, before sentencing him to 12 weeks in prison and stopping him from owning animals for the rest of his life

‘He said that Williamson had called himself a monster in interview, and that was accurate as to how he behaved.

‘We are extremely grateful to the witnesses who contacted us, and got these kittens out of this situation despite the position that put them in. It was very brave.

‘I was surprised how friendly Litten was when I first met him given the abuse he had suffered, he was so affectionate and loving and was rubbing his face against mine during his veterinary examination.

‘I just knew he was going to make a perfect addition to any family.

‘I am so happy that he has found a fantastic new home, with people who love him and are caring for him in the way he always should have been cared for.

It could have been a very different outcome for him if we hadn’t been able to intervene when we did.’ 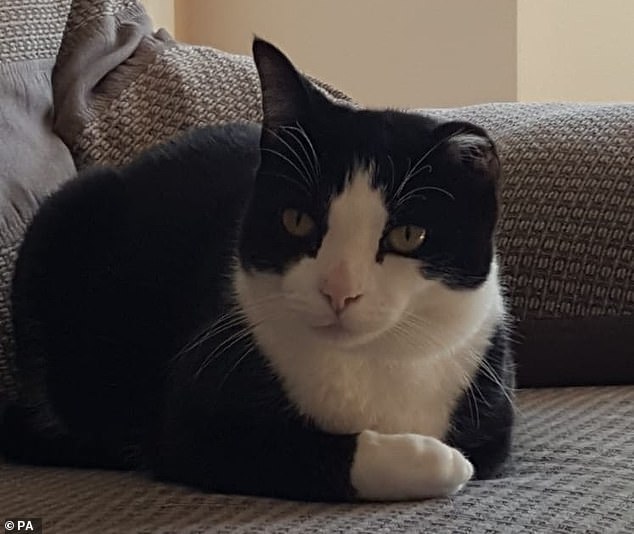 Litten, now named Oreo, pictured, has been rehomed along with two other kittens in Derbyshire, where his new family have described him as ‘absolutely adorable and really good natured’

Williamson admitting one offence of causing unnecessary suffering to a kitten when he appeared at Grimsby Magistrates Court.

The maximum sentence for animal abusers in the UK currently stands at six months in prison under the Animal Welfare Act and an unlimited fine.

Williamson will have been given credit for his early guilty plea as well as co-operation with the RSPCA, which often reduces a sentence down from the six month maximum.

A bill to increase the maximum sentence up to five years is currently in the process of going through Parliament, but stalled in the House of Commons due to the dissolution of Parliament in November.

Despite the new government being formed after the December election, a date for the next stage is yet to be announced.

Tags: &apos;Monster&apos;, aft, jailed
You may also like
Celebrities News