George Howard, 48, allegedly became involved in a road rage altercation on an Interstate 94 entrance ramp before he shot another driver, according to Minneapolis police – weeks after bailing out on domestic assault charges.

Surveillance video recorded the moments when the driver of a blue BMW confronted Howard, who was driving a white Volvo, according to St. Paul’s KSTP-TV. The victim can be seen punching Howard, then collapsing.

The victim, later identified as Luis Damian Martinez Ortiz, 38, got back into his car, then drove into the median. He was pronounced dead at the hospital with a gunshot wound to the chest, according to city officials.

Howard had been out on $11,500 bond in connection with a domestic assault case since Aug. 6, court records show. That’s when the Minnesota Freedom Fund bailed him out.

On Aug. 29, he was charged with two counts of second-degree murder in connection with the interstate shooting.

The Minnesota Freedom Fund tweeted Friday admitting to its role putting Howard back on the streets. On Tuesday, the thread was inaccessible on Twitter but preserved by the Internet Archive. 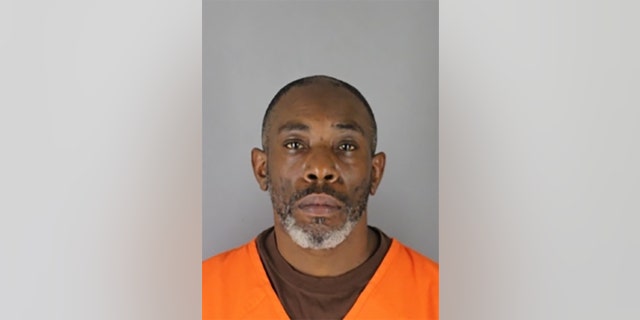 “We are aware of reports of the tragic and fatal shooting in Minneapolis earlier this week allegedly involving George Howard, an individual the Minnesota Freedom Fund had previously provided with bail support,” the group wrote. “MFF believes that every individual who has been arrested by the law enforcement is innocent until proven guilty, and if a judge deems them eligible for bail, they should not have to wait in jail simply because they don’t have the same income or access to resources as others.”

The group said it was monitoring the case and reviewing its policies.

“Under new leadership, MFF has implemented changes to its policies and procedures, and we will continue to assess them to ensure that we are being responsive to the safety and needs of our community,” it said in a follow-up tweet.

Harris had promoted the bail group during the 2020 campaign, urging her Twitter followers to donate to the group in June of that year.

“If you’re able to, chip in now to the @MNFreedomFund  to help post bail for those protesting on the ground in Minnesota,” she wrote, linking to the group’s donation site on ActBlue, a Democratic PAC.

But the Freedom Fund has drawn criticism along the way, and reports that it had been bailing out violent criminals cropped up as early as last August.

Minneapolis-based FOX 9 reported that the fund spent hundreds of thousands of dollars to free an alleged knife murderer and a convicted rapist who was facing charges of sexual assault and kidnapping, among others.

Tags: by, FREED, Kamala, Man, Minnesota
You may also like
Celebrities News