UFO watchers are stumped after mind-blowing footage captured a strange black shape hovering in the skies over a city in Illinois.

Aiyana, who asked that her second name be withheld, recorded the clip from the roof of her home in Chicago and is at a loss to explain it. 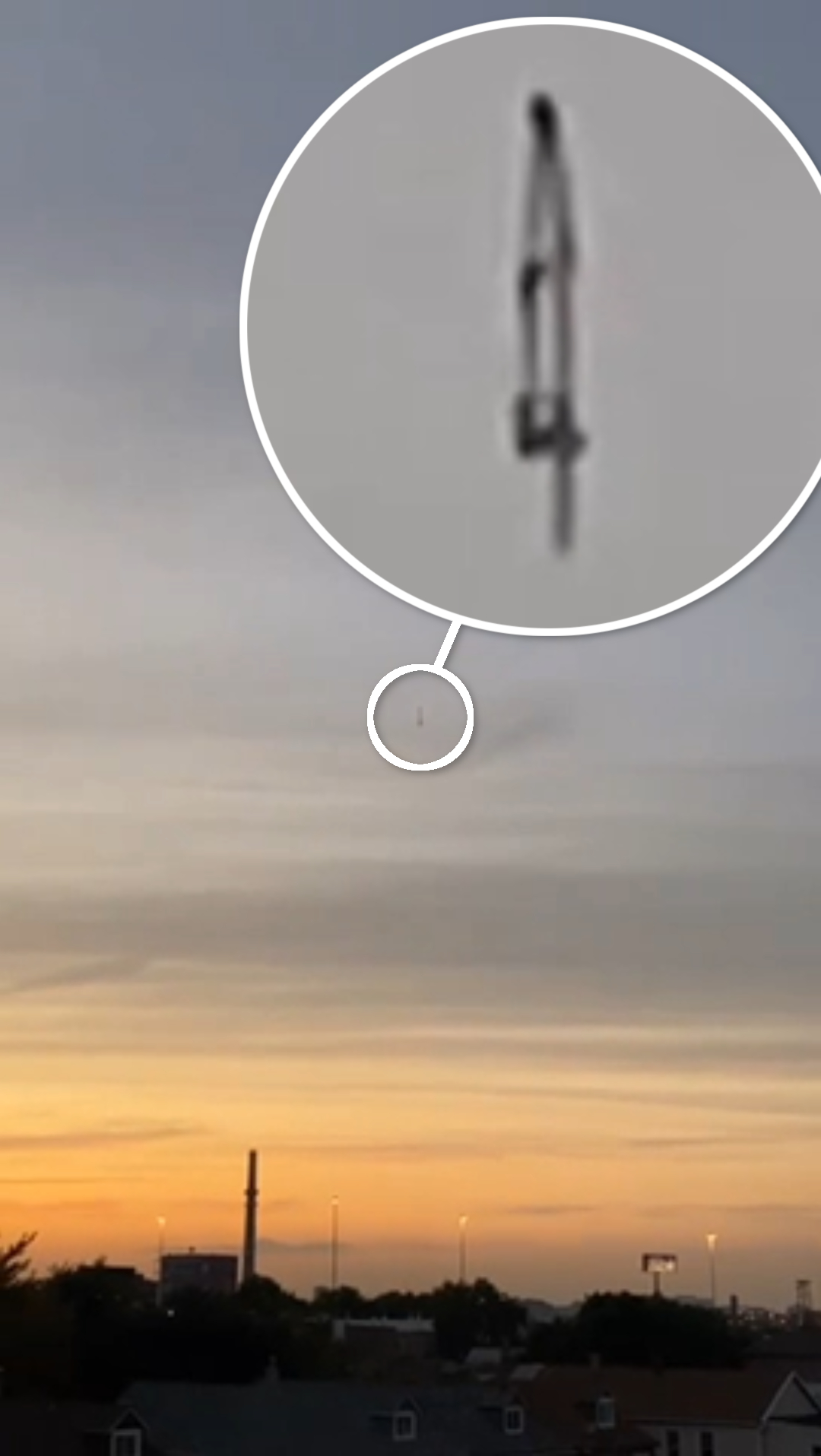 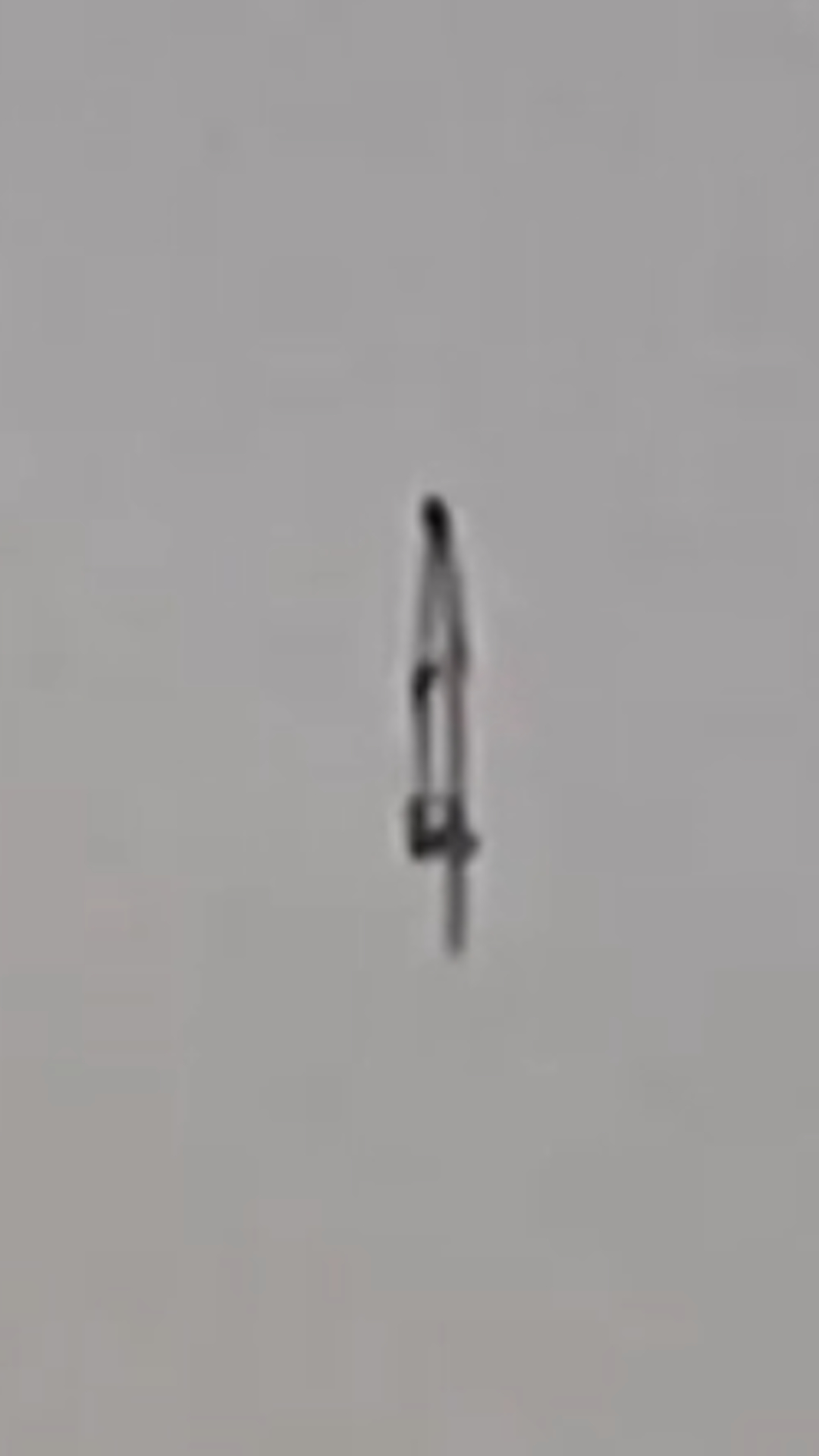 In her video, a long black wishbone shape can be seen hanging in the air, with both its wings ending in some sort of sphere.

Aiyana said: "I literally have no idea what it was. There is nothing comparable.

"It was a ball of some sort with two long strings or belts hanging from it."

She added: "I felt total confusion and a bit creeped out."

Searching for answers, a friend of Aiyana's shared the video with UFO watchers online.

A few viewers suggested it was some kind of balloon, but nobody could explain how such a thing could float so calmly above the famously "windy city".

One person wrote: "I've never seen a balloon just hang still in the open air like that. It should bob, even if just a little.

"There must be absolutely zero wind there."

Another called it "bizarre".

They wrote: "I have no explanation. It looks like something hanging from a helicopter, except there is no helicopter.

"The shape is too weird for it being a balloon, and I think I can also exclude it being an antenna on top of a building in cloud cover – for this, it is way too clearly defined."

The true nature of the object remains a mystery.

Aiyana said she stayed watching it until it disappeared from view.

"It seemed to just float slowly south east without any other major movement," she said. "It covered a few miles in about 20 minutes."

The unexplained sighting is just one of several in the US in recent weeks.

Meanwhile, footage from Keokuk, Iowa, left a family stumped after it captured something resembling a star suddenly moving in the daytime sky.

Jay Mitchell, from Hamilton, was driving his family near the city of Keokuk when they filmed the eye-popping presence in the air.

In video footage, Mr. Mitchell's daughter, 6, can be heard asking if they were witnessing aliens in the sky.

But her mother is heard attempting to reassure her that it's not extraterrestrial life while pondering if it was "a plane or a drone" – despite not knowing themselves.

After sharing his footage online, he was told by several locals that they’d had similar encounters.

One person wrote: “My sister lives close to that area on the Mississippi and she’s been seeing crazy stuff in the skies for the past several months.

“I think there might be something going on in that part of the state.

“Her neighbors come over now and watch the skies with them because they consistently see very strange things.” 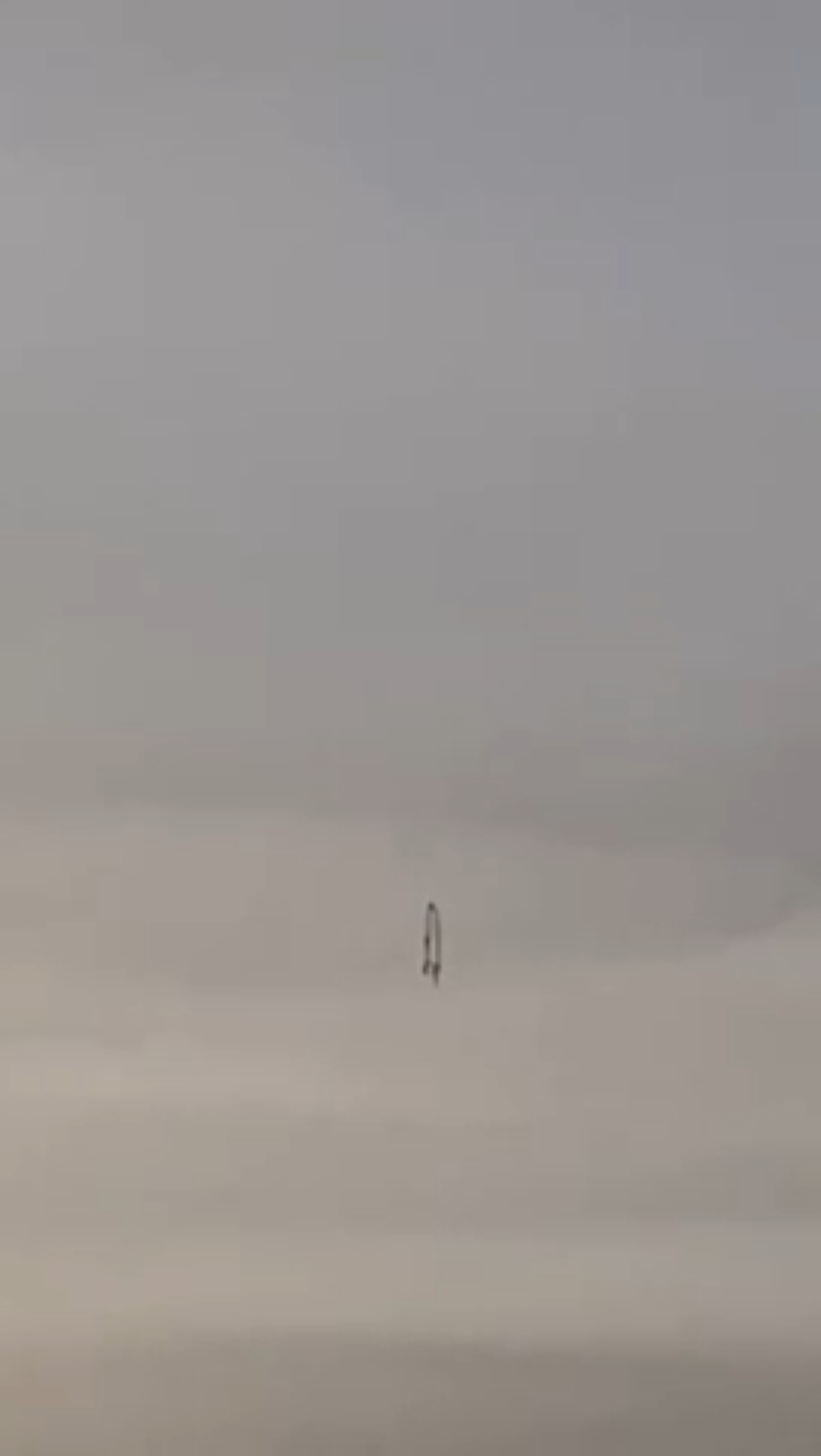