Midsomer Murders star John Nettles, 77, battles plans to build the biggest solar farm in the country covering 164 acres on the doorstep of his Devon home

Midsomer Murders actor John Nettles is trying to kill plans for one of Britain’s biggest solar farms covering 28 fields near his country home.

Berjerac star John, 77, has presented a video detailing his opposition to the proposal to see almost 76,000 solar panels installed at a mega-farm in Holsworthy, Devon.

The proposal for the 42MW structure would cover 28 fields and span 66 hectacres, becoming the largest solar farm in the county.

Currently, those fields offer both primeval ‘culm’ grassland – which provides tussocky grazing for sheep – and good-quality pasture for beef and dairy cattle.

But under the proposals for the giant solar farm, there are suggestions the cattle would have to be relocated as grass cannot grow in the permanent shadows cast by the large panels.

Mr Nettles is backing calls by the Campaign for the Protection of Rural England which has been running a campaign called ‘Save Our Fields From Solar Farms.’

The actor, who keeps donkeys and horses on a smallholding near Holsworthy, said: ‘Enough is enough. People need to understand the enormous scale and visual impact.

‘The giant new project at Derril Water would desecrate the pastoral vista in this part of Devon, turning it into an industrialised landscape of solar panels and security fencing.

‘It would ruin 164 acres of pasture for at least 40 years. Decision-makers… have failed to take into account the carbon footprint of manufacturing 76,000 solar panels on the other side of the world, transported and installed here.

‘They are simply not low-carbon.’ 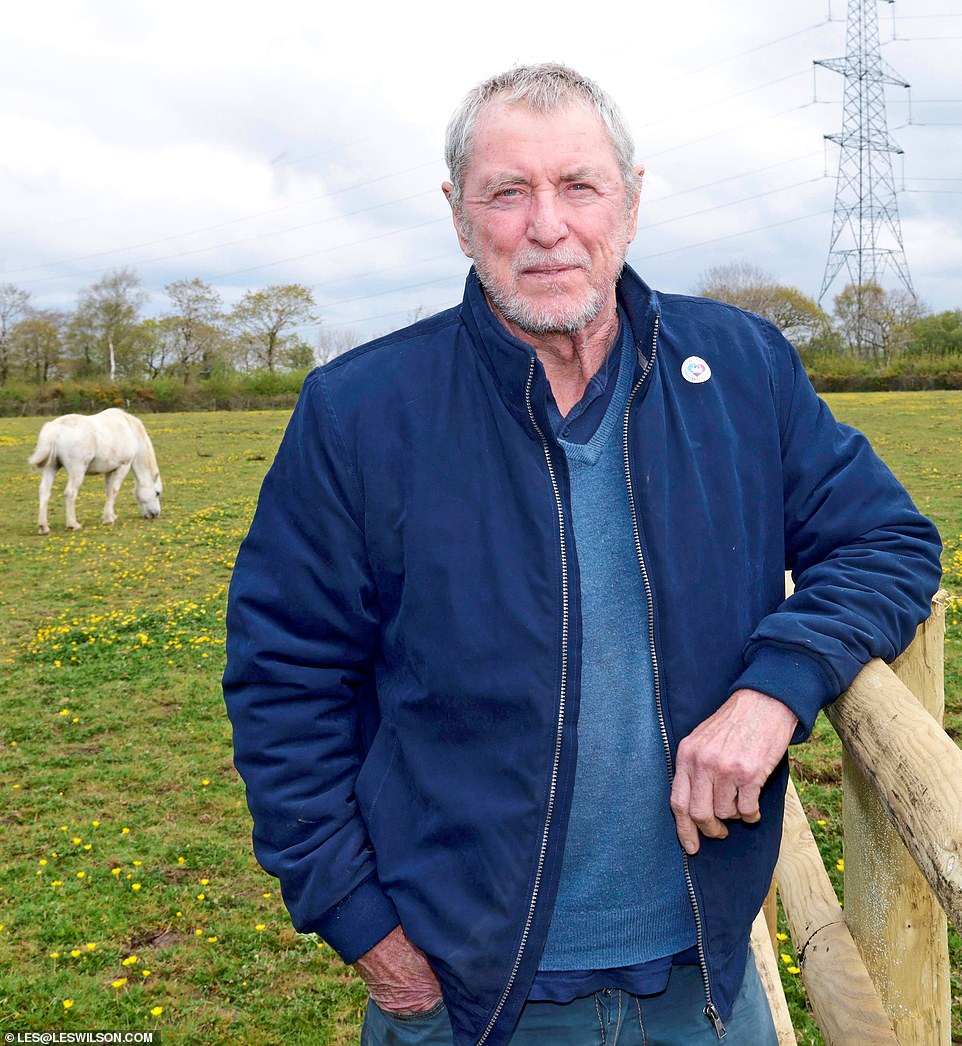 Midsomer Murders actor John Nettles, 77, is trying to kill plans for one of Britain’s biggest solar farms covering 28 fields near his country home in Pyworthy, Devon 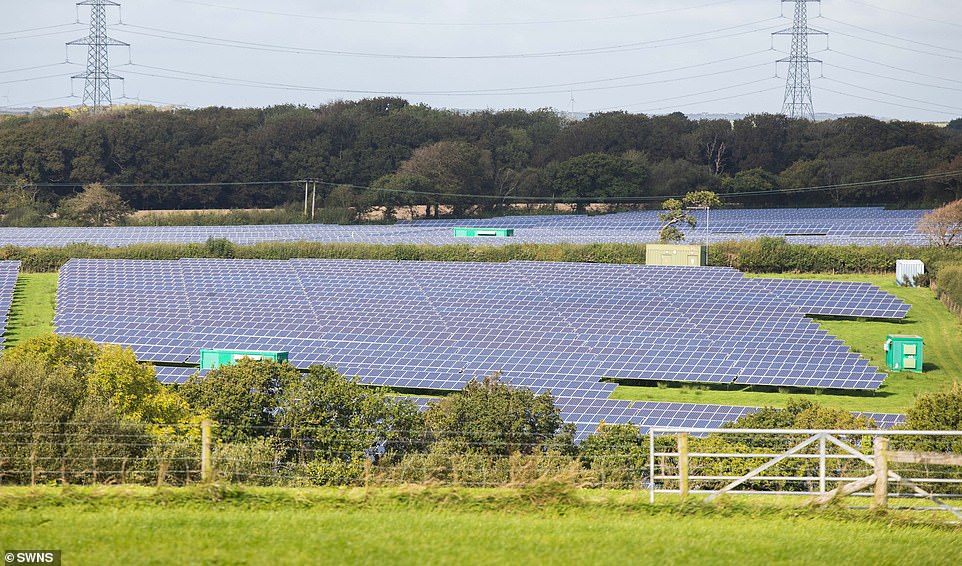 The proposal for the 42MW structure with nearly 76,000 panels would span 66 hectacres, becoming the largest solar farm in the county. Above: An existing solar farm in Pyworthy, Devon

Nettles says there are already six solar farms in the area and ‘local residents feel enough is enough.’

The Devon branch of the CPRE (formerly known as the Campaign to Protect Rural England) says that nearly 4,300 acres of Devon farmland have already been lost to solar development.

CPRE Devon is standing against the plans for the solar farm which would be the biggest yet in the county.

Campaigners say the installations are not as green as their supporters claim and they are determined to stop the loss of more farmland to the rows of dark panels already filling hundreds of acres.

Among the objections is one from Pyworthy Parish Council, which opposes the loss of agricultural land in area famous for farming.

It said: ‘The Parish Council feels that Pyworthy has already made a major contribution to renewable energy in the area, and that this proposal, which will span over a mile from end to end, is a step too far.’

The applicant, RES Energy Ltd, wants permission for 40 years for the 66.33 hectare site, equal to just under 164 acres.

The application was submitted to Torridge District Council in March, and the planning committee will soon have to wrestle with a final decision.

Renewable Energy Systems, which has put forward the Pyworthy scheme, works in 10 countries, and made an operating profit of £38.7million in the year to October 2020.

A statement on behalf of the company with the planning application says the proposals include measures to enhance the landscape and increase biodiversity. 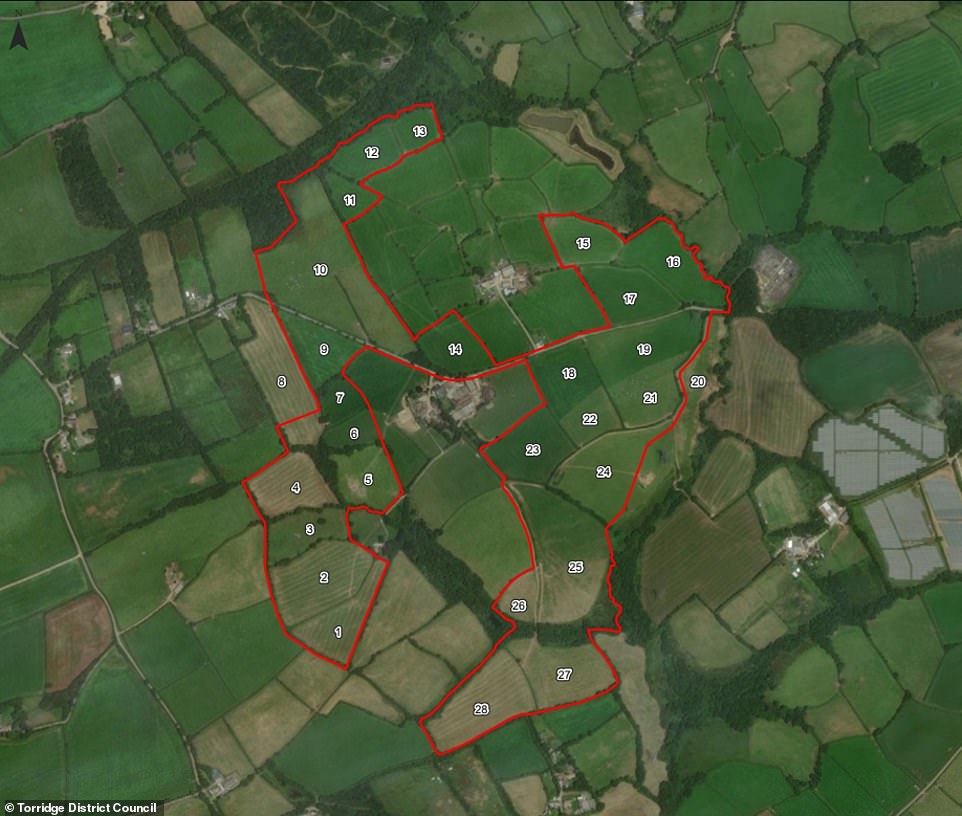 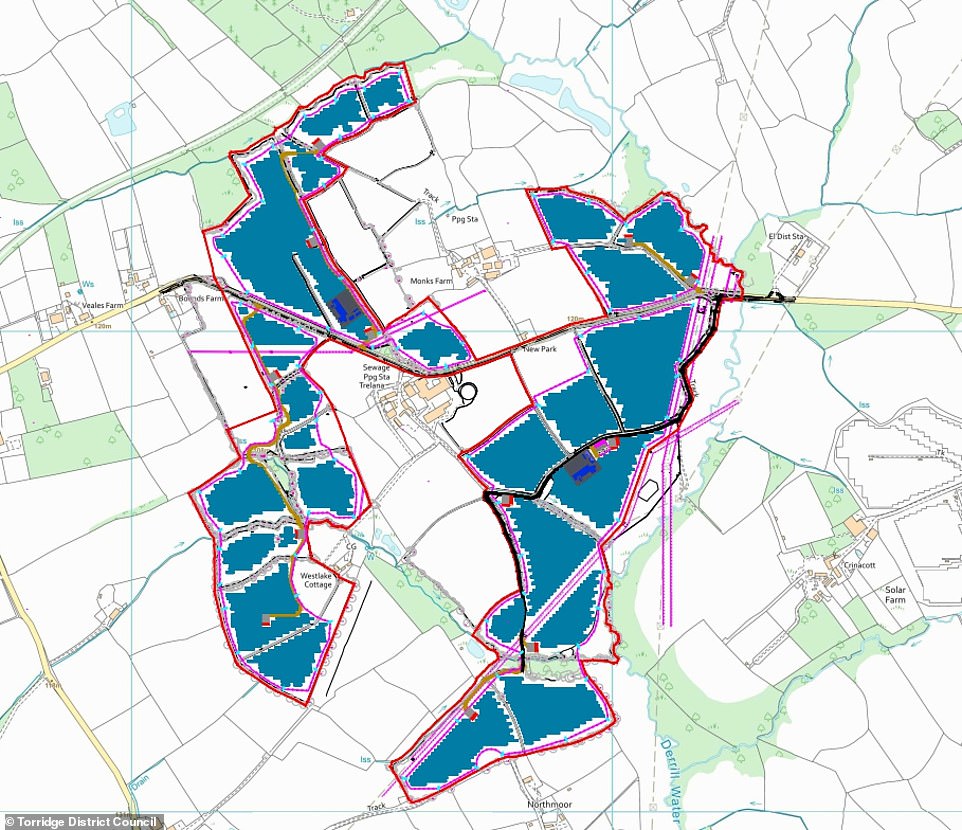 The statement says the development would be able to generate enough electricity to supply around 12,100 homes, displacing 18,608 tonnes of carbon dioxide per year and ‘contributing to the UKs target of net zero carbon emissions by 2050

The statement says the development would be able to generate enough electricity to supply around 12,100 homes, displacing 18,608 tonnes of carbon dioxide per year and ‘contributing to the UKs target of net zero carbon emissions by 2050.’

It says the site is mostly on lower grade agricultural land, which would be taken out of crop use but could still be used for light grazing, and it would be returned at the end of the life of the solar farm.

It says the development would be screened from the Cornwall Area of Outstanding Natural Beauty, around 9.4km to the northwest, and would be unlikely to harm the nearby Upper Tamar Area of Great Landscape Value.