To celebrate that she had reached 3 million followers on her Instagram account, top Mexican OnlyFans model Karely Ruiz chose to gift a free liposuction procedure to one of her social media fans on May 18.

What happened next went viral in a way that she likely never have expected.

‘Since I have already reached 3 million followers on Instagram and they have already verified me, I am going to give away a lipo for all my precious, beautiful girls, so that you can look really hot,’ Ruiz said on TikTok. ‘I’ll leave it here, comment if you have (not) already done so.’

The 21-year-old influencer, however, was moved by one of her followers on her TikTok account, who was more interested in seeking assistance for her son, Sebastián Herrera, who is battling Ewing’s sarcoma, instead of enhancing her own physical appearance.

‘Karely I don’t want (a) lipo, I want you to give me a chemo for my son Sebas, he is 17 years old and I take him to (Monterrey) for his treatment, we are from Torreón,’ Sebastián’s mother wrote.

According to the Mayo Clinic, Ewing’s sarcoma ‘is a rare type of cancer that occurs in bones or in the soft tissue around the bones’ and while a person can be diagnosed at any age, it is more common among children and teenagers. 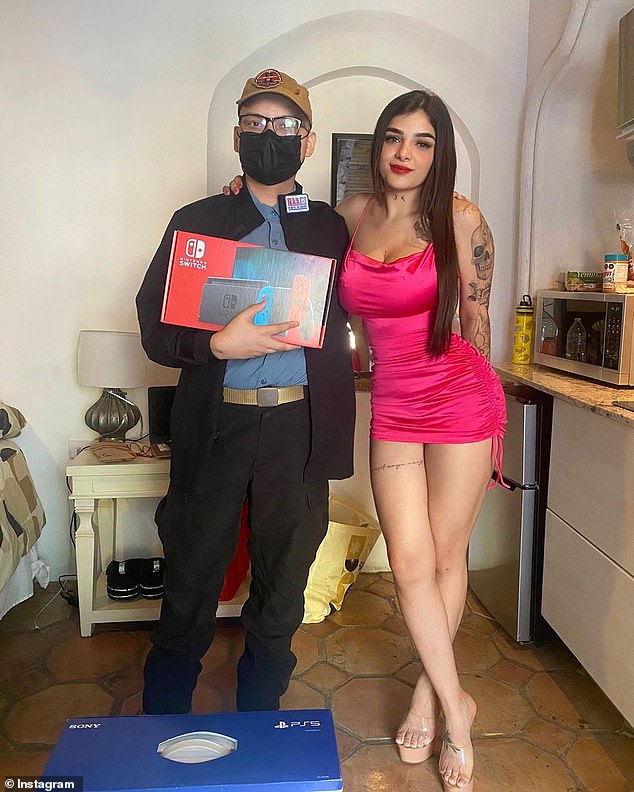 Mexican influencer Karely Ruiz (right) celebrated last month reaching 3 million followers on her Instagram account and offered to pay for the liposuction of one of her fans. But she was moved when a concerned parent asked for help to cover the remaining four chemotherapy sessions for her 17-year-old son Sebastián Herrera (left) 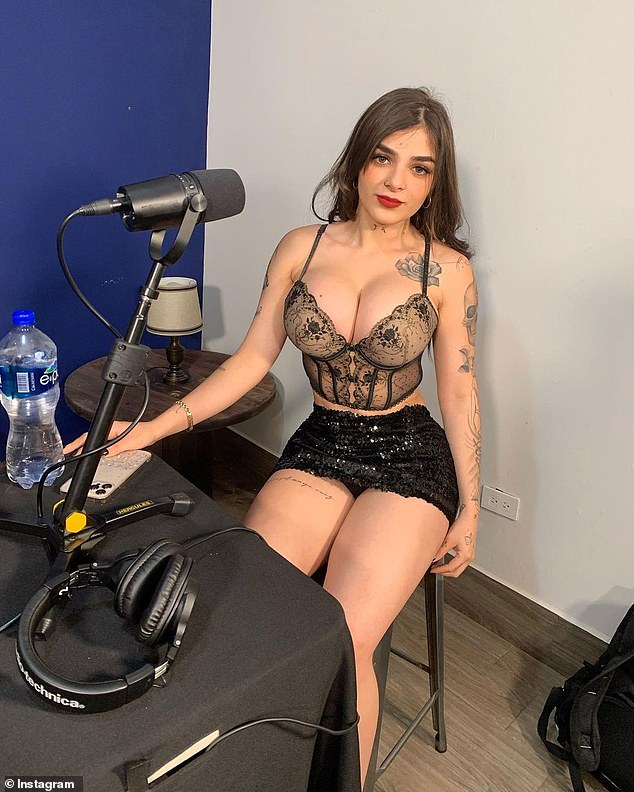 Karely Ruiz is one of the top 5 OnlyFans earners in Mexico, averaging at least $36,000 a month

The woman caught Ruiz’s attention and the following day when she hopped back on the model’s TikTok account and wrote, ‘It’s an opportunity for Sebastián, he wants to live.’

Ruiz was touched by comment and replied, ‘And we’ll give it to him.’

On May 26, she visited with Herrera and his mother to cover the remaining four treatments, which cost almost $19,000.

She took him to a local mall where she treated him to a meal and gifted him a Nintendo Switch and PlayStation 5 to cheer him up.

“We are now more in contact with her and everything and she is looking after Sebastián,” Herrera’s mother said on her TikTok account. “Well I want to thank her for all the help and support she is giving Sebas and we are happy for her.” 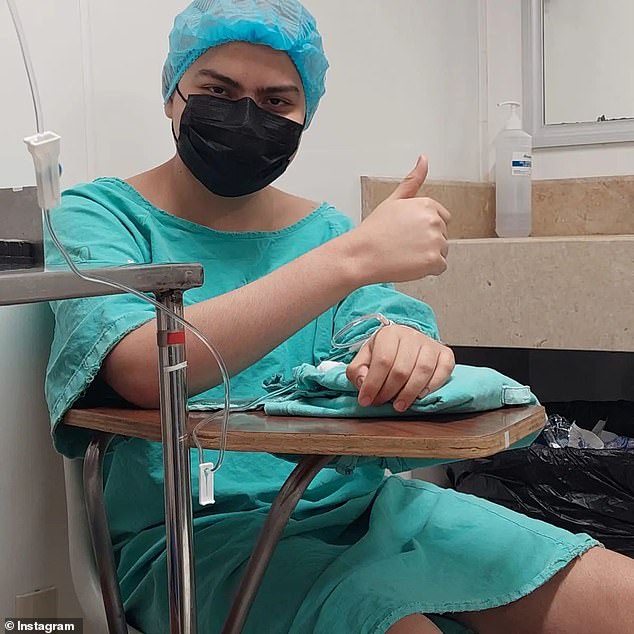 Sebastián Herrera suffers from Ewing’s sarcoma. According to the Mayo Clinic,  Ewing’s sarcoma ‘is a rare type of cancer that occurs in bones or in the soft tissue around the bones’ and while a person can be diagnosed at any age, it is more common among children and teenagers 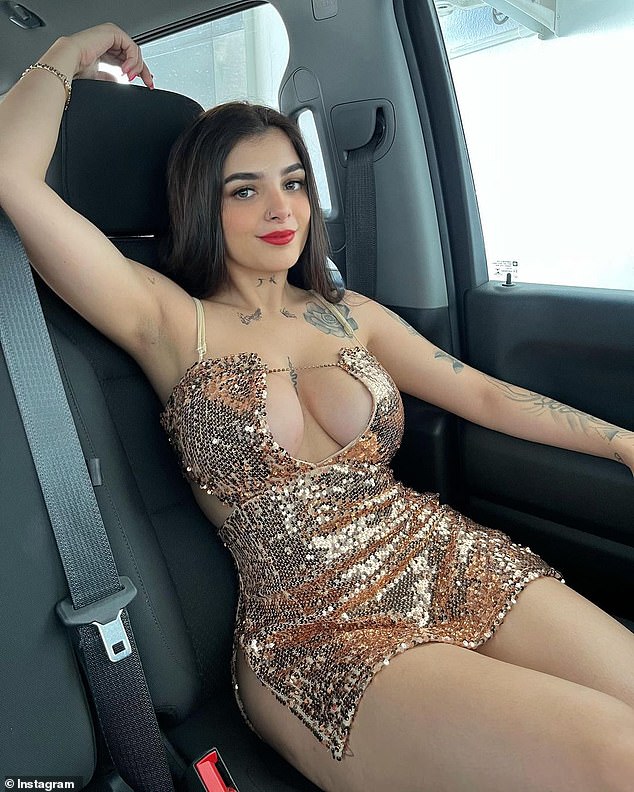 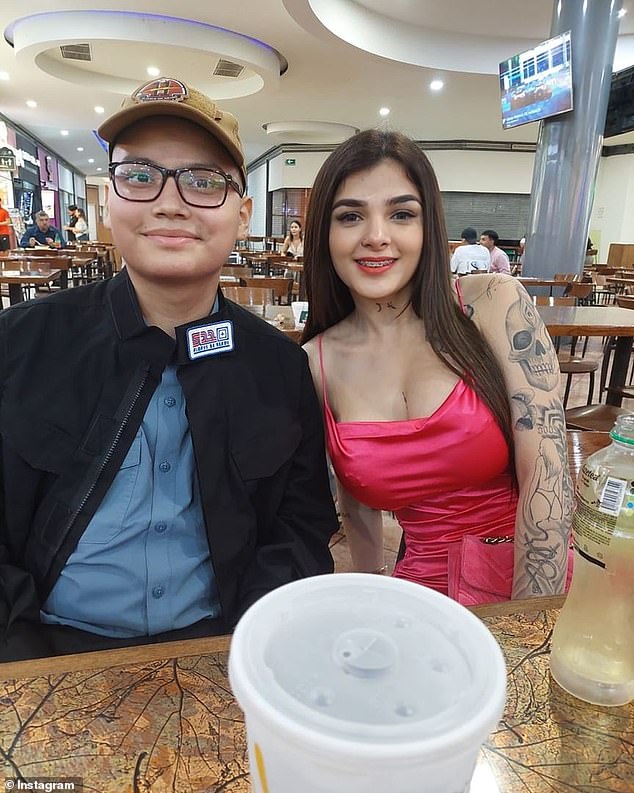 Sebastián Herrera (left) and Mexican model Karely Ruiz (right) met two weeks ago after she was moved by the appeal the 17-year-old’s mother made on Ruiz’s TikTok, seeking help to cover his remaining four chemotherapy sessions after the influencer offered to gift a liposuction to one of her fans to celebrate having reached 3 million followers on Instagram

Data from the National Center for the Health of Children and Adolescents indicates that childhood cancer the second leading cause of death and the first cause of disease in children between the age of five to 14 in the country.

As many a 7,000 children under the age of 18 are diagnosed with cancer in Mexico every year. At least 10 percent will require a bone marrow transplant, but only 30 percent of them have a family member who is compatible, leaving the rest to hope that a donor is willing to help.

‘If I support, it’s not to win over people, believe me, it doesn’t matter,’ Ruiz commented on one of her social media platforms. ‘I do it from the heart. So many things that I am achieving in a very short time, I think I should be thankful’.

Ruiz, whose Instagram account now has 4.8 million followers, is one of the top 5 OnlyFans money makers in Mexico.

She joined the platform two years ago and earns at least $36,000 a month.