A Louisiana man who had been homeless for three years got a helping hand and a second chance at life thanks to a local car dealer and his team.

Alcide Dominique of Dominique Auto Sales in Opelousas, Louisiana, told Fox News that it’s not unusual for there to be somebody sleeping in his car lot, located in an “underprivileged community.” 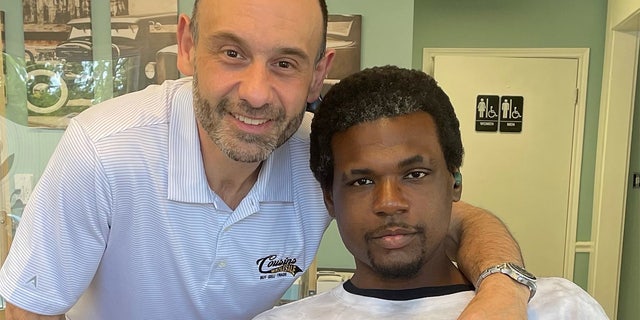 Jamie, however, was different, according to Dominique.

“He was very kind. … He was just happy to be with people who were … treating him like a human being,” he said.

It was a rainy morning on April 22 when Dominique and his employee Sean first found Jamie on their porch. Jamie, now 33, found himself on the streets a few years ago after his grandparents, who had been taking care of him, passed away, Dominique discovered.

He and Sean drove Jamie to get a hot meal, paid for him to stay at a local motel for the night and even picked up some supplies for him at Walmart.

Sean had recorded their entire interaction with Jamie, from getting him food to dropping him off at the local inn, and posted it to TikTok. The clip has already amassed over 10 million views.

All of a sudden droves of people from all walks of life started to reach out and ask how they could help. Many offered to pay for him to stay another night at the motel. 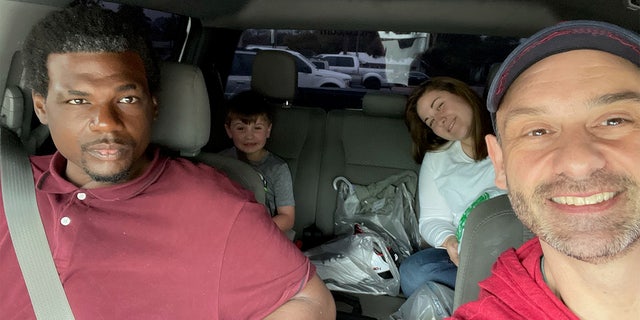 Then donations started rolling in.

“In one night, I think we got maybe about two to three thousand [dollars],'” Dominique recalled. “It was like a blessing. … He didn’t have to go back on the street.”

To keep track of the donations, they created a GoFundMe page, #helpjamie, which has since brought in more than $23,000.

“I mean the generosity of so many people .. .who just trusted us … is amazing to me,” the businessman said. “I think I would be kind of skeptical myself about sending money to a complete stranger off of something that I saw on TikTok. And that’s where I’m inspired.”

But it’s not just money. People from all over the world have sent Bibles, clothes and basic apartment furnishings and supplies to the car lot.

Dominique said  the goal is to keep him off the streets permanently.

“It would be a tragedy for him to end up being on the streets again a year from now,” he said. “So our goal is to work with him and take the time that we need to find him some rent-reduced apartments, perhaps a part-time job, transportation [like] a bicycle or a car.”

They’re taking it “one step at a time,” he said.

However, Dominique noted that he’s far from the only one changing this man’s life.

The incredible effort by countless strangers has been inspirational. he said.