Labour’s Mike Hill quit as an MP today to set up a ‘Red Wall’ by-election that will be a bellweather for Boris Johnson and Keir Starmer’s leaderships.

The Hartlepool MP, 57, resigned his Hartlepool seat after four years amid sexual harassment allegations – which he denies – that are due to be heard at an employment tribunal this May.

But the Brexit Party’s Richard Tice took 10,000 votes at the last election, votes that would have given the Tories victory if they had gone to the Conservatives.

The Tories will see the by-election as highly winnable and a sign of how well the Prime Minister’s ‘levelling-up agenda’ has caught the public imagination.

It was designed to help the Tories hold onto seats taken from Labour when Jeremy Corbyn led it to disaster in 2019.

For Keir Starmer, the result will also show how well he has done to repair the damage done to Labour in its Northern heartlands by Mr Corbyn’s five years in charge.

Hartlepool has returned a Labour MP at every election since the seat was created in 1974, and the area last had a Tory MP in 1964. It was the seat of senior New Labour figure Peter Mandelson from 1992 to 2004. 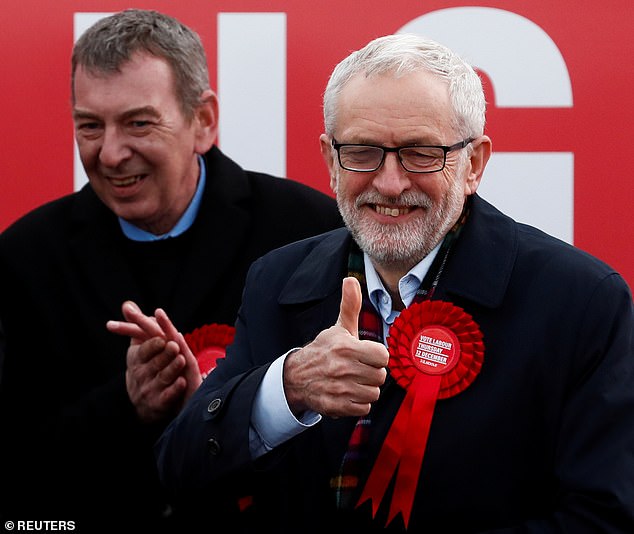 Mike Hill with Jeremy Corbyn campaigning ahead of the 2019 general election, in which his majority was more than halved. 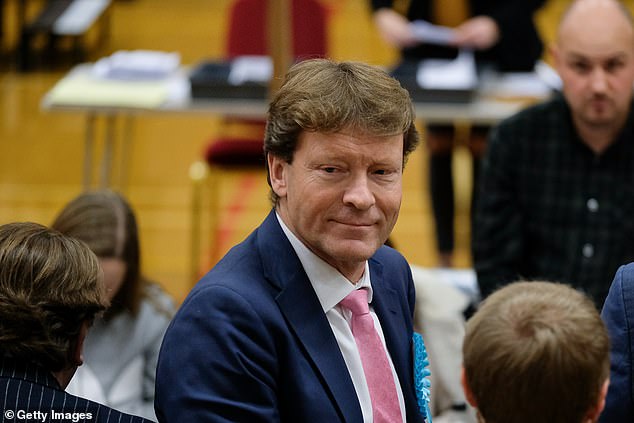 The Brexit Party’s Richard Tice took 10,000 votes in Hartlepool at the last election, votes that would have given the Tories victory if they had gone to the Conservatives.

A Labour spokeswoman today said; ‘Mike Hill has resigned as Member of Parliament for Hartlepool with immediate effect.’

Mr Hill had the whip removed in September 2019 when a woman, who used to work in the House of Commons, says she complained he sexually ‘harassed and victimised’ her.

The allegations were reported to the Labour Party, Parliament’s Independent Complaints and Grievance Process and the Metropolitan Police.

Mr Hill, who denied all the allegations, had the whip restored the following month and was joined by Jeremy Corbyn on the campaign trail months later ahead of the general election.

Labour suffered its worst general election result since 1935 in December 2019 under the leadership of Jeremy Corbyn as it lost 60 seats and sunk to just 202 MPs.

Boris Johnson secured a crushing 80-seat majority as he managed to secure victory in ‘Red Wall’ seats. They are areas previously seen as unshakable Labour heartlands in the North and Midlands who went blue over Brexit and Mr Corbyn’s hard Left agenda.