Superfit black belt kickboxer, 51, high on cocaine is jailed for eight years for killing bridegroom-to-be, 30, with 360-degree roundhouse kick as he showed off at house party 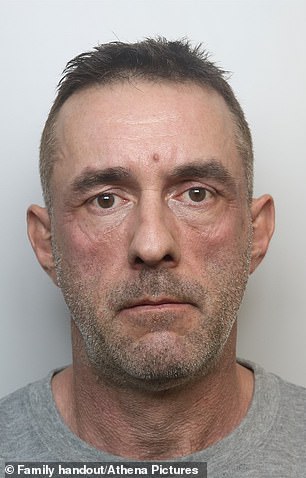 Kevin Fitzgerald, 51, was caged for eight years for using his combat sports training on Shane O’Rourke

A black belt kickboxer who was high on cocaine when he killed a father at a party with a powerful kick to the face has been jailed.

Kevin Fitzgerald, 51, was caged for eight years for using his combat sports training for a ’roundhouse blow’ at his house in Ammanford, Carmarthenshire, South Wales.

Shane O’Rourke, 30, who was due to be married, ‘spun around 180 degrees’ from the force of the boot to the chin.

A court heard he crashed unconscious to the floor before Fitzgerald put a blanket over him and said: ‘Leave him sleep it off.’

But he had suffered a fractured skull and brain damage from the powerful kick to his head.

Prosecutor Christopher Clee QC said Fitzgerald had been hosting the party when Mr O’Rourke turned up ‘extremely drunk’. Meanwhile, the defendant had taken amphetamine and cocaine at his house.

The pair got into a row in the kitchen over Mr O’Rourke’s ‘rowdy behaviour’ when he arrived at the party.

The court heard he threatened partygoers with a knife and exposed his penis to them. 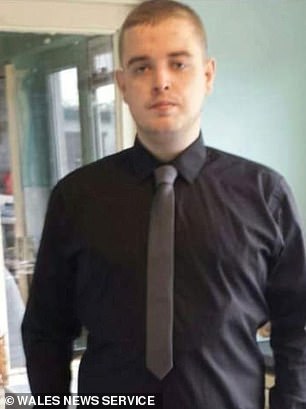 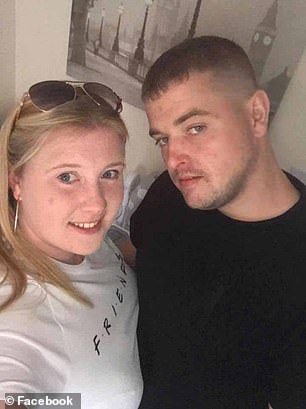 Shane O’Rourke (left, and right with his fiancee Eve Marie Cutforth), 30, who was due to be married, ‘spun around 180 degrees’ from the force of the boot to the chin

A court heard second dan black belt Fitzgerald lashed out with the ‘showing off’ ’roundhouse kick’.

He later called 999 and asked for an ambulance, saying the victim had fallen and started to perform CPR on Mr O’Rourke.

Paramedics rushed to the scene on November 2 but Mr O’Rourke was pronounced dead at 12.56pm.

Swansea Crown Court heard a post-mortem examination found a laceration behind Mr O’Rourke’s left ear. He also had a fractured skull and a bleed on the brain. 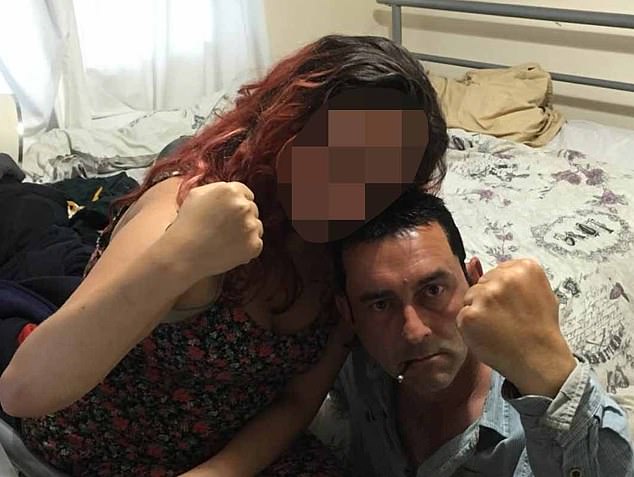 A court heard Mr O’Rourke crashed unconscious to the floor before Fitzgerald (right) put a blanket over him and said: ‘Leave him sleep it off’

Blood tests showed he was three times the legal alcohol limit for driving and had cocaine in his system.

Medics said there had only been a ‘short period of survival’ after the blow to the head.

In a statement to the court, Mr O’Rourke’s fiancee Eve Marie Cutforth said: ‘Sometimes the heartache means I cannot breathe’. She added she had gone from ‘planning a wedding to planning a funeral’.

In a statement, Mr O’Rourke’s mother said the death had a huge impact on his two sisters and it was like she had ‘lost’ her daughters as well as her son. 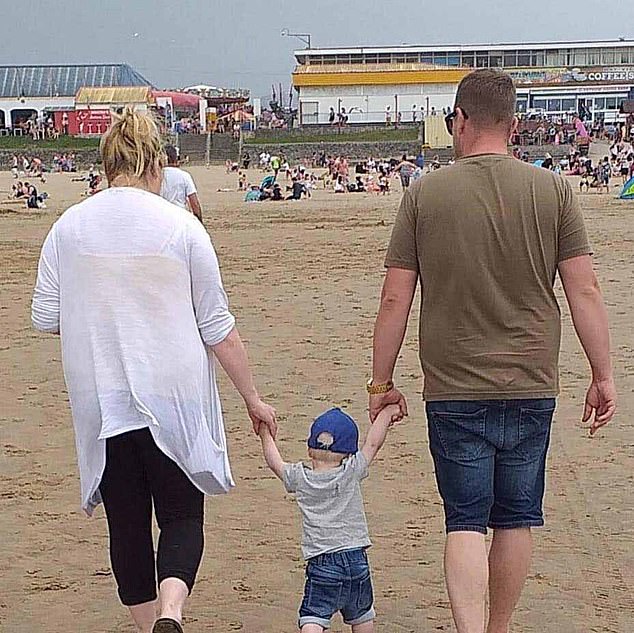 She said the family had thought of moving away from the area but that would have meant ‘leaving Shane on his own’.

Fitzgerald, of Ammanford, pleaded guilty to manslaughter. Defending John Hipkin QC said he felt ‘dreadful remorse’ for what he had done.

Judge Keith Thomas said he had delivered a ‘forceful blow’ to Mr O’Rourke and must have known the risk of such an action given his kickboxing experience.

Fitzgerald was jailed for eight years.

Tags: caged, eight, for, Kickboxer, year
You may also like
Celebrities News