Jeremy Kyle has returned to television screens in Britain for the first time in three years since he was axed by ITV, as he helped launch new channel TalkTV last night along with Sharon Osbourne.

The 56-year-old presenter’s eponymous Jeremy Kyle Show was suspended indefinitely in May 2019 following the death of a participant Steve Dymond, 63, one week after a programme featuring him was filmed.

But Kyle made his return to TV screens at 9pm yesterday as part of a new hour-long panel debate show The Talk, where five commentators with different backgrounds and views debate current affairs issues.

Kyle and Osbourne were joined by fellow presenters Esther Krakue, Nicola Thorp and JJ Anisiobi on the panel and debated news topics such as Elon Musk buying Twitter, Prince Andrew and the ‘woke world of Disney’.

Mr Dymond is suspected to have died from suicide seven days after filming for the Jeremy Kyle Show. He had taken a lie detector test after being accused of cheating on his ex-fiancee Jane Callaghan, of Gosport, Hampshire.

The confrontational talk show, which was hugely popular and had been a regular fixture since 2005 in the daytime TV schedule, was axed for good following calls for it to be cancelled from MPs and members of the public.

After the show was pulled, MPs launched an inquiry into reality TV – and ITV chief executive Dame Carolyn McCall said the broadcaster had been ‘looking at’ cancelling it prior to it being removed from the schedules.

Kyle returned to radio in September 2021 when he started presenting a show on talkRadio, but last night was his first time back on national TV – and he was photographed giving a thumbs up to the cameras as he left the studio. 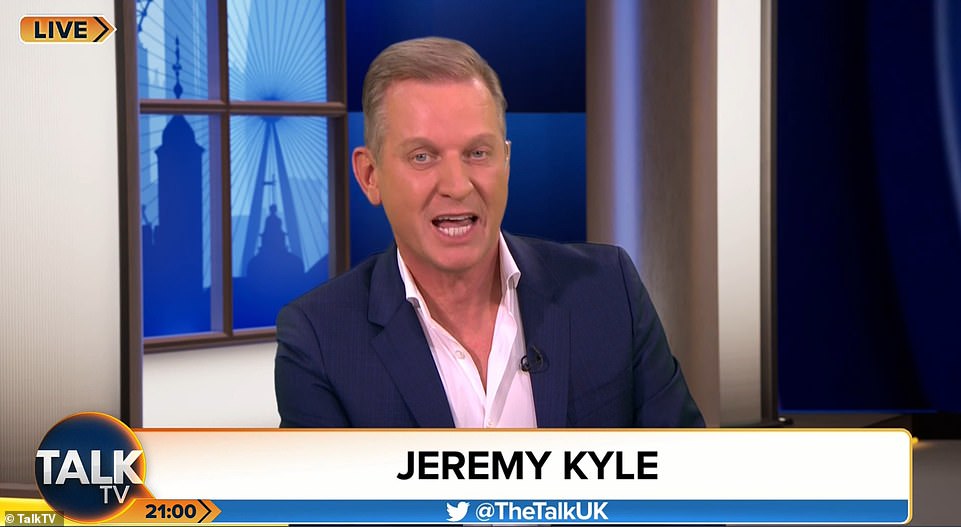 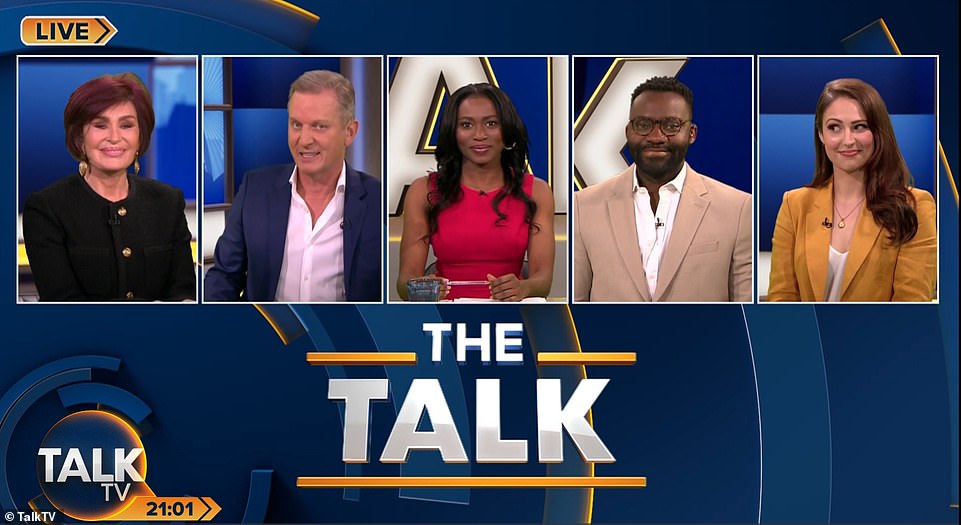 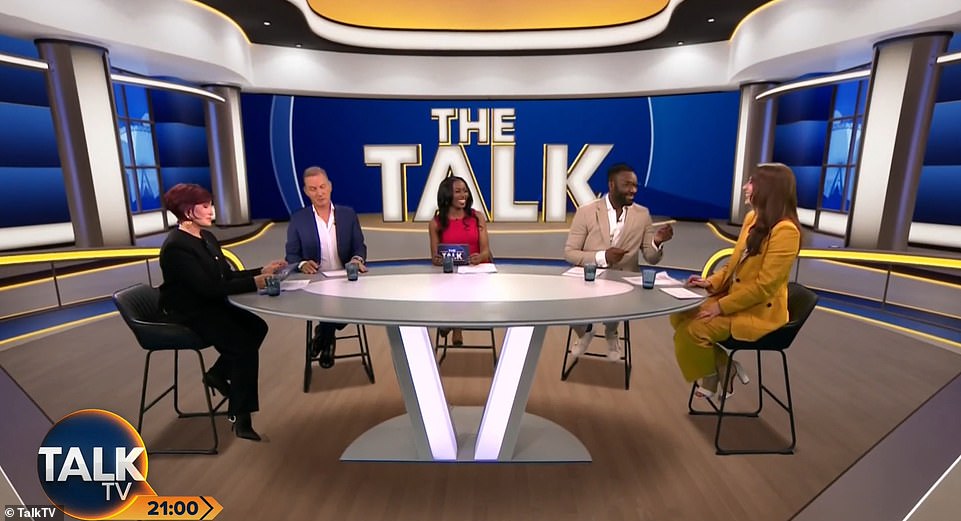 Last month, Hampshire’s coroner service confirmed that an inquest into Mr Dymond’s death had been put back after an application on behalf of the deceased’s family. A new date for proceedings has not yet been given.

Mr Dymond died of a morphine overdose and heart problem at his home in Portsmouth, a preliminary hearing was told in 2020. 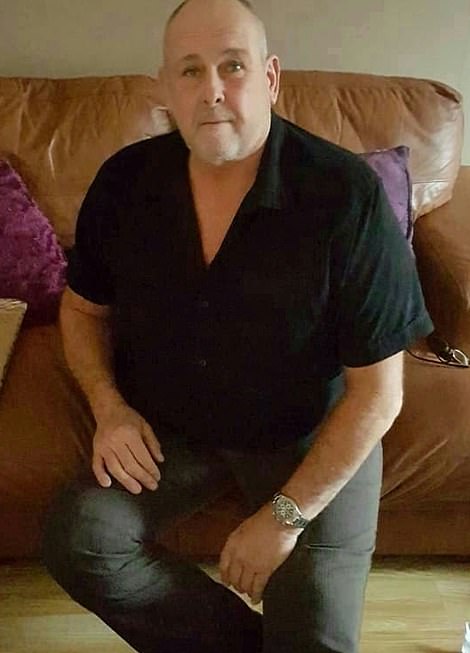 Steve Dymond, a guest on The Jeremy Kyle Show in 2019, was found dead aged 63 from a suspected morphine overdose one week after being grilled by the presenter on the ITV show

At the time, coroner Jason Pegg said Jeremy Kyle had called Mr Dymond a ‘serial liar’ and said he ‘would not trust him with a chocolate button’.

The coroner said Kyle would be an interested party at the inquest because ‘he may have caused or contributed’ to Mr Dymond’s death.

In 2017, The Jeremy Kyle Show was labelled a ‘human form of bear baiting’ by a judge after a guest on the programme David Staniforth, 45, was convicted of assault for headbutting bus driver Larry Mahoney, 39, during a row on stage.

And last month, a behind-the-scenes documentary about the show on Channel 4 revealed previously unseen footage of the host describing guests as ‘thick as s***’ and berating audience members for talking during filming.

‘Death on Daytime’ heard from former workers on the ITV show who said the platform gave Kyle a ‘God complex’ and explained how they would make guests distressed to entertain viewers.

One clip showed Kyle telling off a producer for a ‘terrible’ script while another recorded him saying to a colleague: ‘I don’t understand, they’re terrible f***ing guests, you’ve done it again, they’re as thick as s***.’

In another clip, Kyle was seen trying to present a segment, and told viewers: ‘I guess this show’s called the Jeremy Kyle Show, right? But it could be called the JK Show. [Name bleeped out] is back, ladies and gentlemen.’

But he then stopped, saying: ‘No, no, no, get off, get off, it’s wrong, get off – the way you’ve written that – it doesn’t make any sense. That’s terrible. You don’t need to say here she is – take a look at this, you doughnut.’ 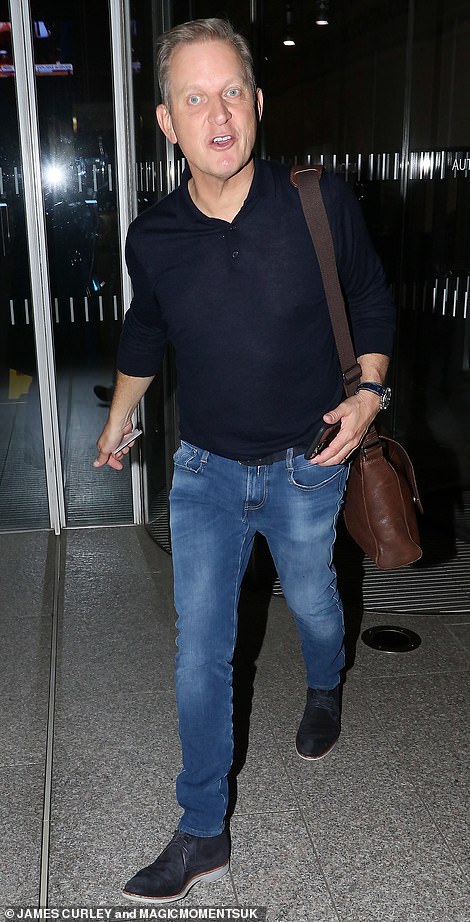 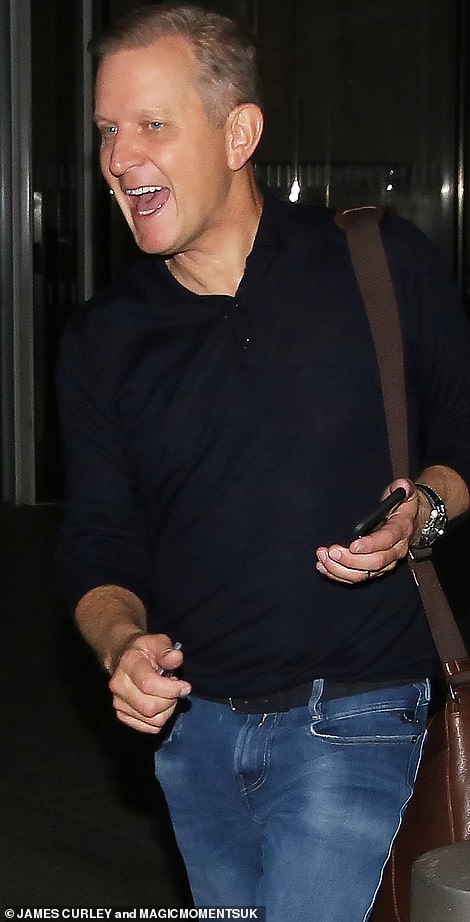 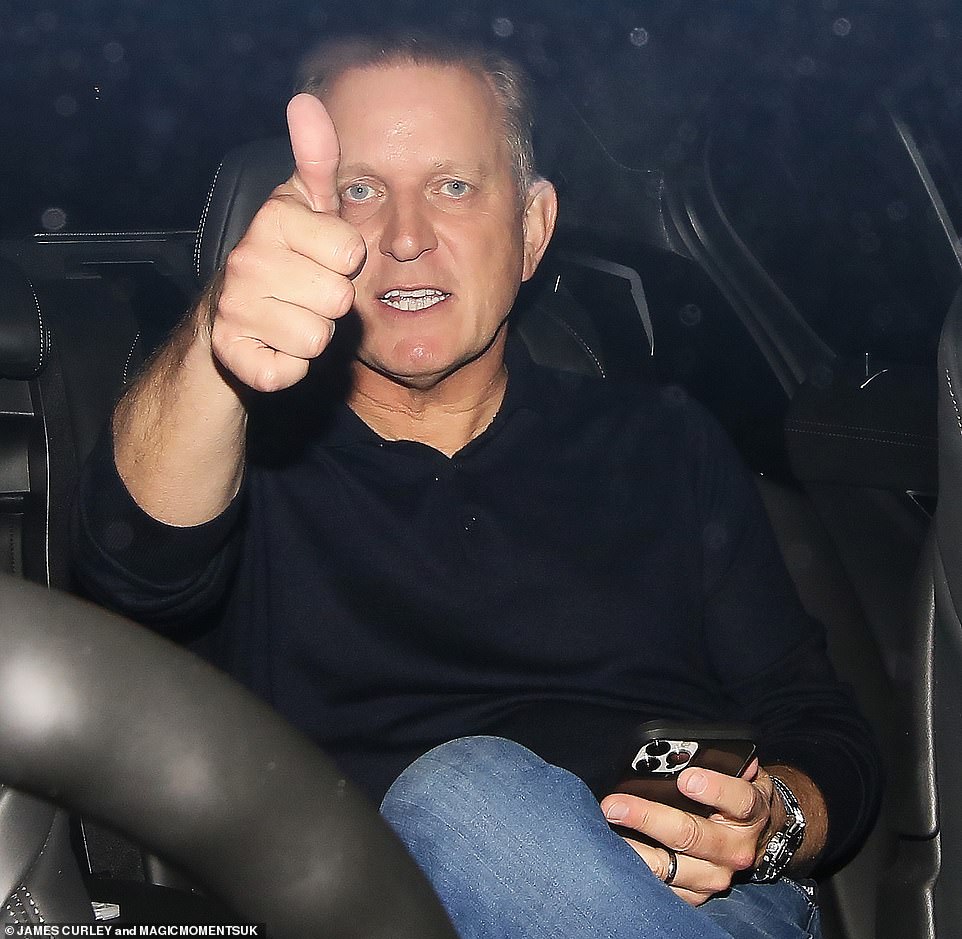 Kyle presented The Jeremy Kyle Show for 14 years before it was axed in 2019. In a statement last month, Kyle told The Sun: ‘I would like to reiterate my deepest sympathies to the friends and family of Mr Dymond.

‘I’ve consistently maintained it would be inappropriate to discuss the tragic death of Steve Dymond before the legal inquest into it has concluded.

‘Likewise, the false and damaging allegations made against me by Channel 4 are with the lawyers now.

‘No doubt ITV will address the issues raised by Channel 4 around ITV’s production of The Jeremy Kyle Show themselves, it would be wrong for me to speak on their behalf.

‘Now is not the time to debate or discuss what is an ongoing legal process. When I can respond, I will.’

Kyle’s mother worked as a clerk at the royal bank Coutts, while his father Patrick was the accountant and personal secretary to the Queen Mother before he retired. Kyle himself attended Blue Coats school in Reading, where fees stand at £6,013 a term. 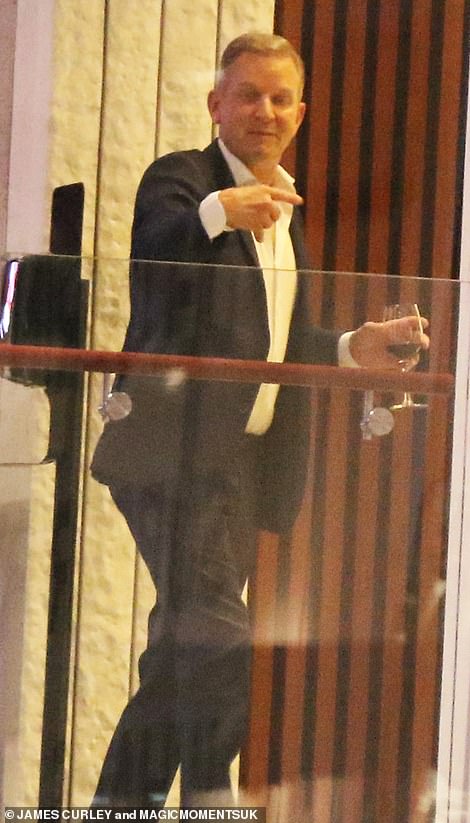 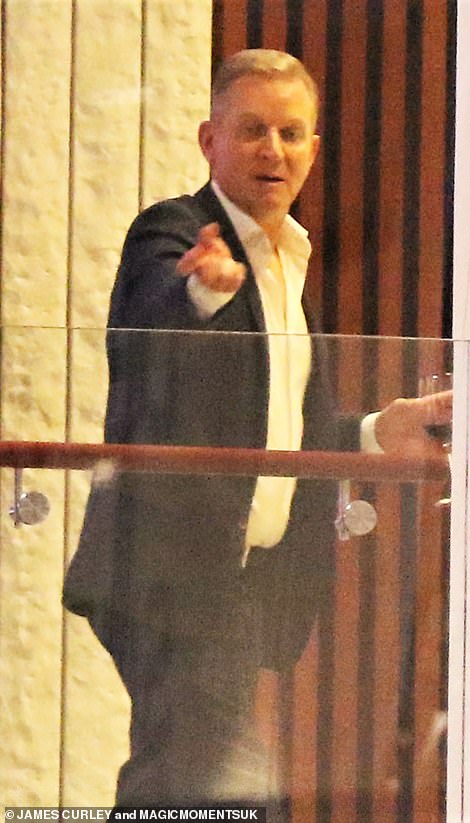 Kyle enjoys a glass of wine after the launch of TalkTV last night, as he took part in the new debate programme The Talk 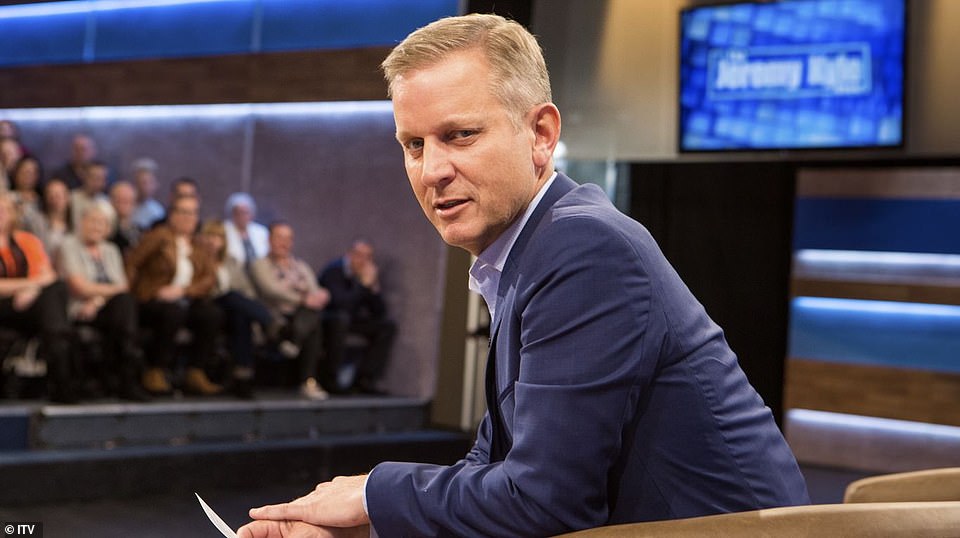 Last night’s debate show on TalkTV appeared to run relatively smoothly, but it did experience some minor technical issues with the audio.

Osbourne launched the programme by saying: ‘It’s great to be back on your screens and even greater to be employed. It’s our first show tonight and it’s going to be fabulous, isn’t it darling?’

Kyle then said: ‘Completely fabulous, Mrs O. Delighted to have you on. Welcome back to the country.’

Osbourne returned to TV screens after leaving US chat show also called The Talk, on CBS, following an on-air row with her co-host Sheryl Underwood in March 2021.

They pair clashed while discussing Piers Morgan’s comments about the Duchess of Sussex’s interview with Oprah Winfrey.

Osbourne defended Morgan from allegations of racism, with the fallout prompting the US version of The Talk to take a month-long hiatus. 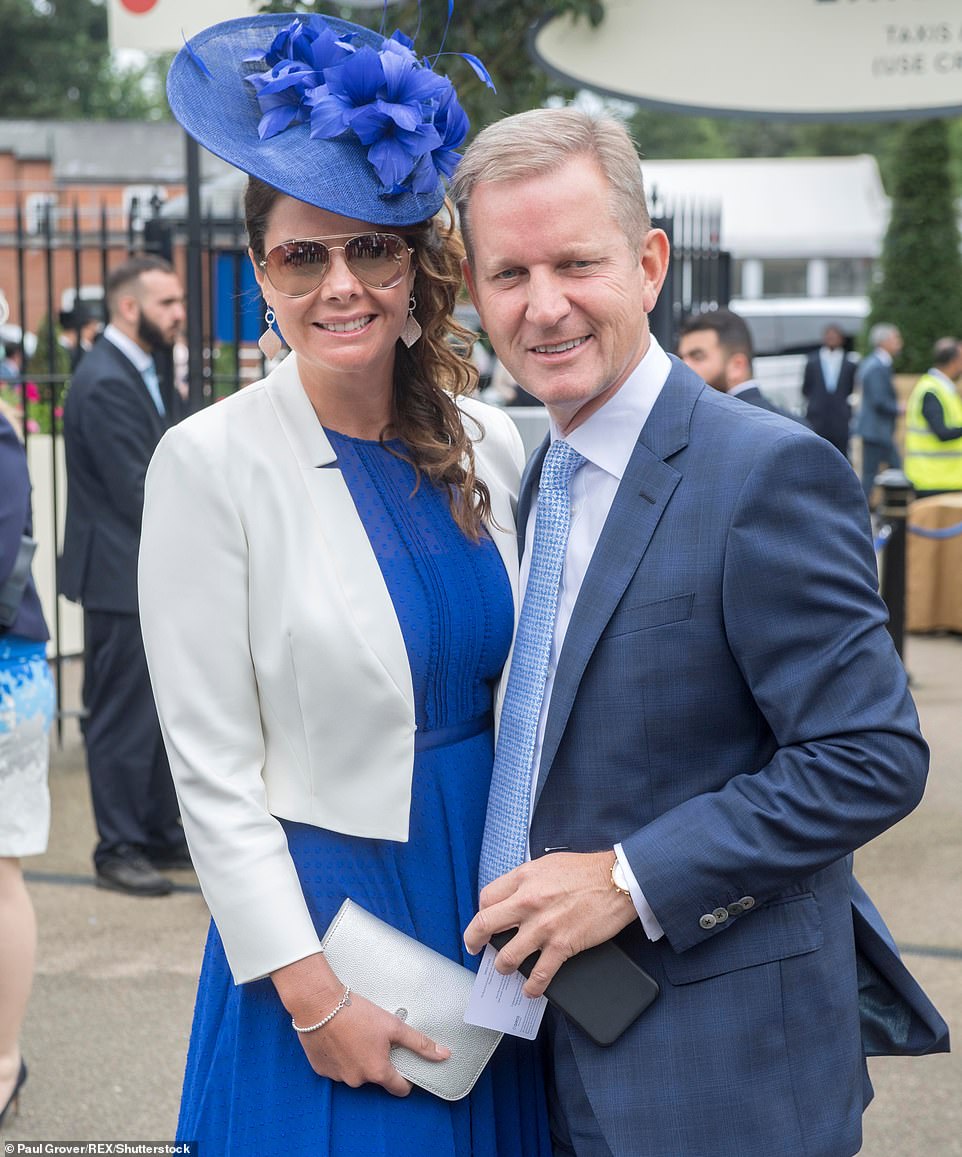 Kyle is pictured in 2018 with his third wife Vicky Burton, with whom the presenter was on holiday in Barbados last month 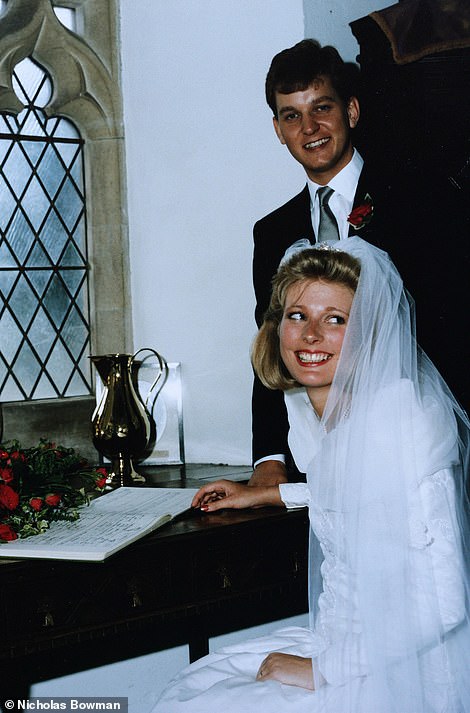 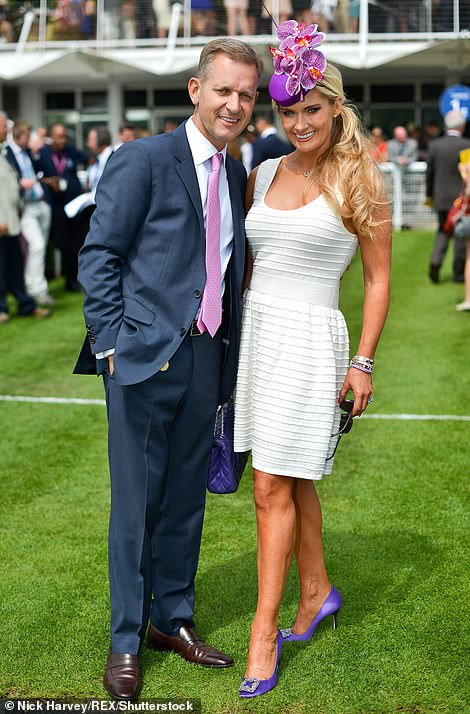 During yesterday’s show, Osbourne revealed her family does not like her getting cosmetic surgery, but said she does it for her ‘own ego’.

As the panel discussed the popularity of cosmetic surgery, Osbourne admitted that she had gotten her ‘whole face done’ seven months ago.

She added: ‘As you get older, believe me, it gets worse the pain, it was excruciatingly painful. I’m holding my nose on so it doesn’t fall off.’

The TV presenter, who is married to Black Sabbath frontman Ozzy and has three children Aimee, Kelly and Jack, admitted that her family do not approve of her procedures.

She said: ‘I do it for myself. My husband doesn’t like it and my kids really hate it. I do it from my own ego.’

For confidential support, call the Samaritans on 116123 or visit a local Samaritans branch. Click here for details