Menopause is one of the last taboo subjects in the workplace, with women hiding their symptoms, struggling with a loss of confidence and even retiring or taking a break from work.

New research has found 83 per cent of respondents who had experienced menopause said it negatively affected their work, but 70 per cent would not feel comfortable talking to their manager. 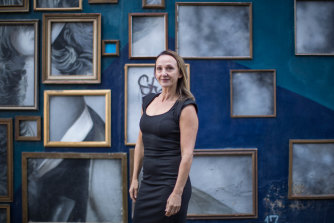 Magdalena Dingas experienced debilitating symptoms during menopause that left her feeling fatigued and anxious. She would like to see more recognition of the impact menopause can have on women’s workplace productivity. Credit:Jason South

Almost half struggled with a loss of confidence and felt stressed by having to hide their experience, and 13 per cent retired or took a break from work when their symptoms were severe.

The survey was conducted early this year by Circle In, an employee benefits platform that supports working parents and caregivers and is backed by the Victorian Women’s Trust.

Circle In surveyed 714 people, 70 per cent of whom worked in Australia, about their experience of menopause in the workplace. Of these, 437 were going through – or had gone through – menopause.

Only 3 per cent felt they had received excellent support from their workforce and 60 per cent said it was poor or below average.

“Our research supports key findings in similar studies globally: that there is a culture of ignorance and isolation around menopause in the workplace and a glaring lack of support for employees and their managers,” the report says.

Circle In co-founder Jodi Geddes said a substantial proportion of the workforce is experiencing menopause at work. “Imagine if we ignored pregnant women in the same way,” Ms Geddes said.

“Employers need to build a work culture that recognises and provides support to those experiencing menopause to help break down the taboo of menopause in the workplace.”

Menopause (the last menstrual period) typically occurs at about the age of 51, but symptoms – including fatigue, hot flushes, heavy bleeding, difficulty sleeping and concentrating and pain and anxiety – can begin years beforehand. 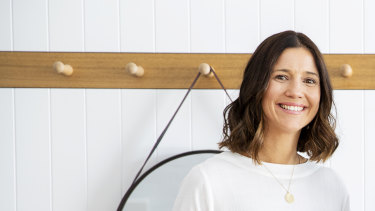 Magdalena Dingas was working in an advertising firm in 2017 when menopausal symptoms “just hit me like a rock”.

“I had severe back pain, it was like labour pains, constant haemorrhaging, one hundred times worse than a heavy period,” Ms Dingas said.

“That type of thing was uncontrollable, you would have to go to the bathroom maybe once every hour to do a complete change, if you were lucky it didn’t get to your clothes. The other symptoms were extreme tiredness, non-sleeping, anxiety, it affects you in many ways.”

Ms Dingas said she was lucky to be able to speak to her manager, who had been through menopause, and was supportive.

When the symptoms were at their worst, she took a combination of annual leave and sick days. However, she believes a workplace policy that offered time off or more breaks may have helped.

“I was just full of anxiety and there were times when I didn’t go to work. If I was in a higher position, I just don’t know how I could have got through because it was so raw, the experience, it was traumatic.”

Several organisations in the UK have introduced menopause policies, with TV network Channel 4 making headlines when it announced a range of measures to support staff, including flexible working arrangements and a private cool and quiet workspace they could use when needed.

In March, Vodafone made a global commitment to ensure its employees are supported during menopause after it published a survey of more than 5000 people in five countries that found nearly two-thirds said symptoms impacted them at work. 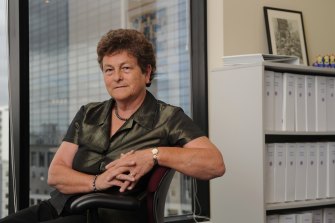 In 2016 the Victorian Women’s Trust became one of the first Australian organisations to implement a menstrual and menopause policy. It offered workers the option to work from home, a rest area at work and up to 12 paid leave days a year.

“It was quite revealing, but the majority of the feedback was about women breathing a sigh of relief that suddenly we’re starting to open up this conversation.

“My advice is simple: Why should women feel awkward and feel as though they have to ring up and say that they’re sick and take sick leave, when it’s not an illness. Our workplaces need to get with the program and help create a positive menstrual culture.”

Circle In has made a number of recommendations for employers, including raising awareness of menopause, flexible working options, training managers and building communities for employees to share their experiences.

It points to law firm Herbert Smith Freehills, which has established a group on its internal social networking site called Hot Women and held events raising awareness about menopause.

Herbert Smith Freehills Asia Pacific diversity and inclusion manager Madeleine Motion said “[Menopause] impacts on people’s careers, people’s wellbeing and it should be treated just like any other career or wellbeing issue”.

“We’re starting to try to lift that taboo.”

Tags: It, the, traumatic’:, was, workpl
You may also like
Celebrities News