This is the moment a kitty on a health kick was caught doing sit-ups in a gym in China, in an apparent bid to burn off some excess pounds.

Caught on camera by its owner, the fit feline was apparently performing crunches next to a workbench at a gym in the city of Jining.

A video was posted onto the social media network Douyin with the caption: ‘Where did my fitness card go?’ 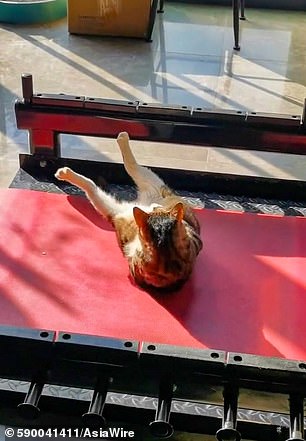 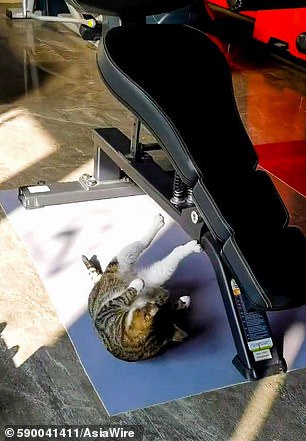 However, this apparently isn’t the only time the muscle-building moggy has paid a trip to the gym for a quick workout, as two other videos were posted also.

His owner spotted his cat as he performed a set of 11 crunches, before rolling around on the mat and starting on a second set of eight sit-ups before the video ended.

In the third video, he is seen working out by another workbench, toning his abs with more sit-ups.

Chinese Douyin users widely watched the videos and were quick to ask if the furry gym junkie could offer private classes. 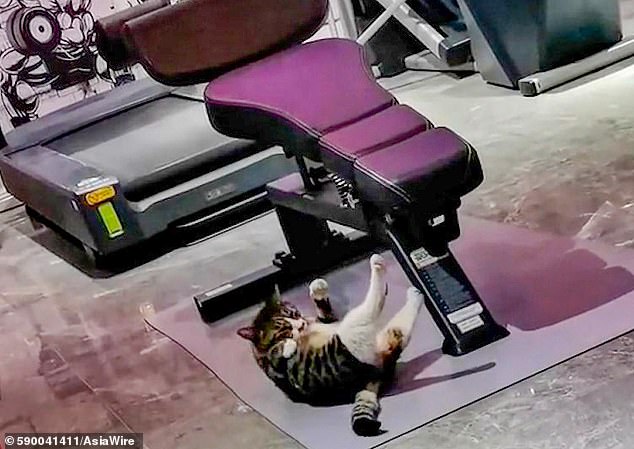