How the Mail helped find new homes for these pandemic pups: Hundreds of young pooches callously dumped during Covid pandemic delight in their new surroundings

Wrapped up in the arms of happy owners, these adorable puppies have found loving homes just in time for Christmas.

And it certainly looks like their dog-loving rescuers will take better care of the poor pooches than their previous families did.

They are among hundreds of puppies that were callously dumped by individuals once the novelty of having a pet during the pandemic wore off.

The Daily Mail highlighted the animals’ plight earlier this month, with more than 170 dogs arriving at one rescue centre, Many Tears, near Llanelli, South Wales, in just one day. The Daily Mail highlighted the problem of pandemic puppies after more than 170 dogs arrived at Many Tears, near Llanelli, South Wales, in just one day. Pictured: Sylvia Van Atta owner of Many Tears with an arm full of collie puppies being brought of the van now safe at Many Tears 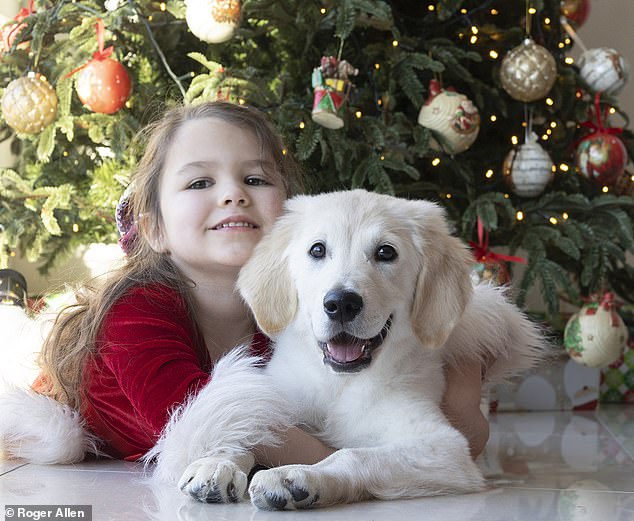 Now, thankfully, many of the pets have found new families who will look after them properly.

Gibson, a 13-week-old golden retriever, is enjoying the love and affection of three-year-old Lottie Rees.

Lottie’s grandparents Lynne and Leigh Williams, from Gorslas, another village in Carmarthenshire, are Gibson’s new owners.

The little girl said: ‘Gibson is lovely. I like cuddling him.’

Mrs Williams, 59, said: ‘He’s the first dog we’ve ever owned. His mother was an unwanted breeding dog and we felt we just had to help.’

Gibson’s sister, Charlie, also found a home with the Lewis family in nearby Llangennech – a festive gift for daughter, Rebecca, 15. 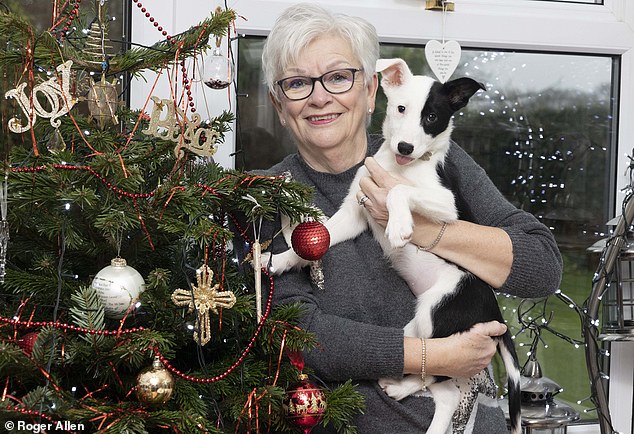 Home sweet home: Marian Preece with Travis one of the rescued collie puppies that arrived at Many Tears rescue in a van along with 172 other puppies and dogs during the pandemic 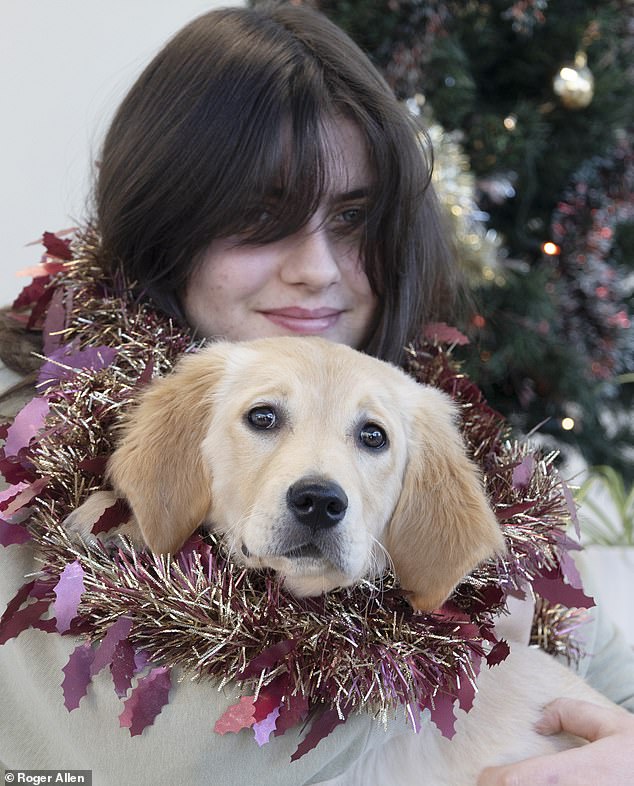 Golden Retriever Charlie, 13 weeks, with new owner Rebecca Lewis, 15. Charlie was brought as a Christmas present for her and has a new home after being abandoned during the pandemic

Also among the rescued dogs was Travis, a 16-week-old collie, one of several pictured in the arms of Many Tears boss Sylvia Van Atta.

Retired couple Marian and Tim Preece have taken Travis into their home in Northwich, Cheshire.

Mrs Preece, 66, said: ‘When we read about Travis being from an abandoned litter, we made up our minds to give him a home.’

Mrs Van Atta, 62, who runs the charity with her husband Bill, said: ‘We really want to thank people for their kindness. It’s an impressive effort.’