KFC'S founder Colonel Sanders is known for his Finger Lickin' good food – but his trigger finger is less discussed.

The back story of the silver-bearded businessman's rise to fast-food fame reads more like a crime thriller than a cookery book, but he soon shook it off when he became the white-tuxedo-wearing Colonel. 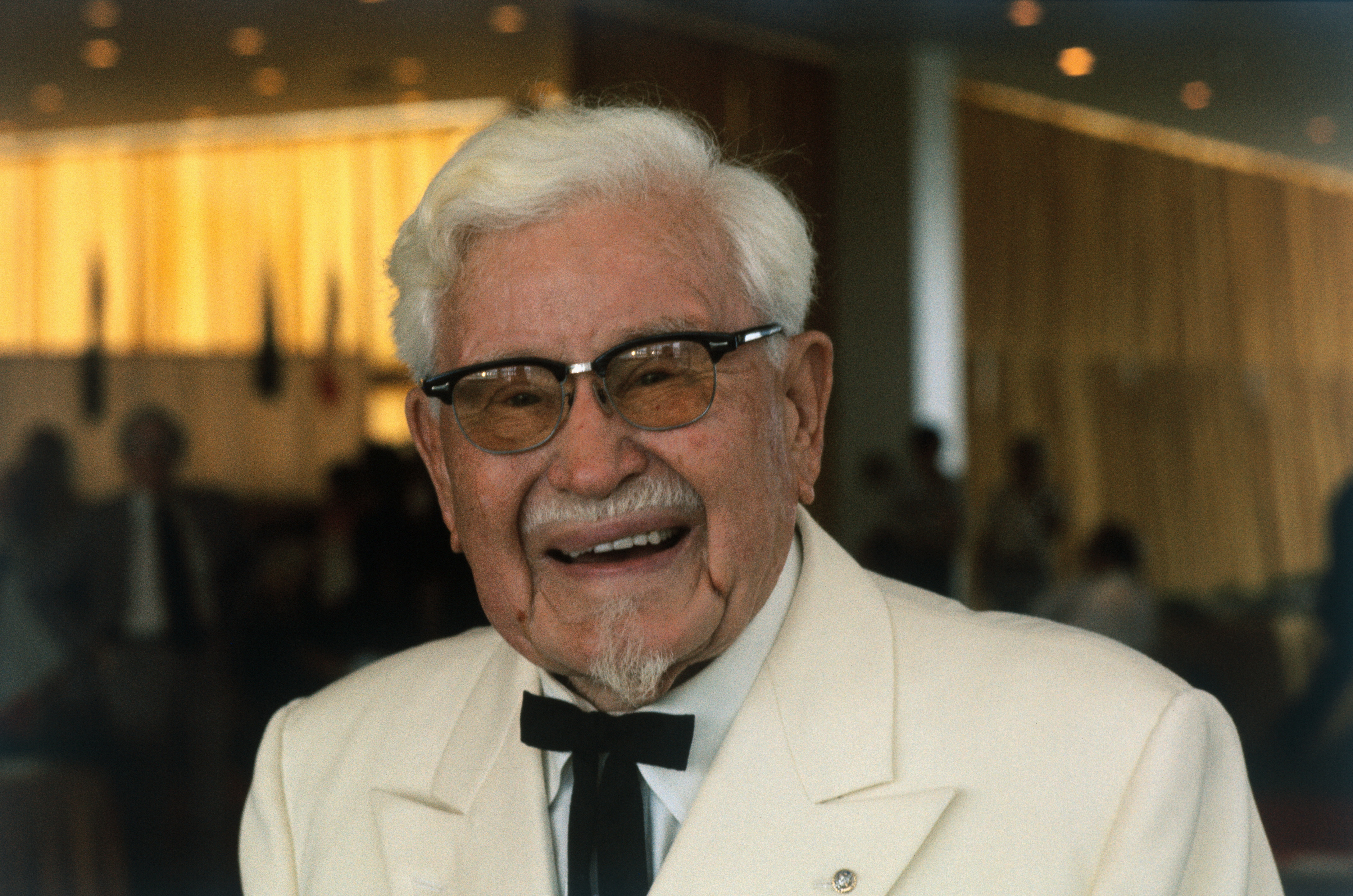 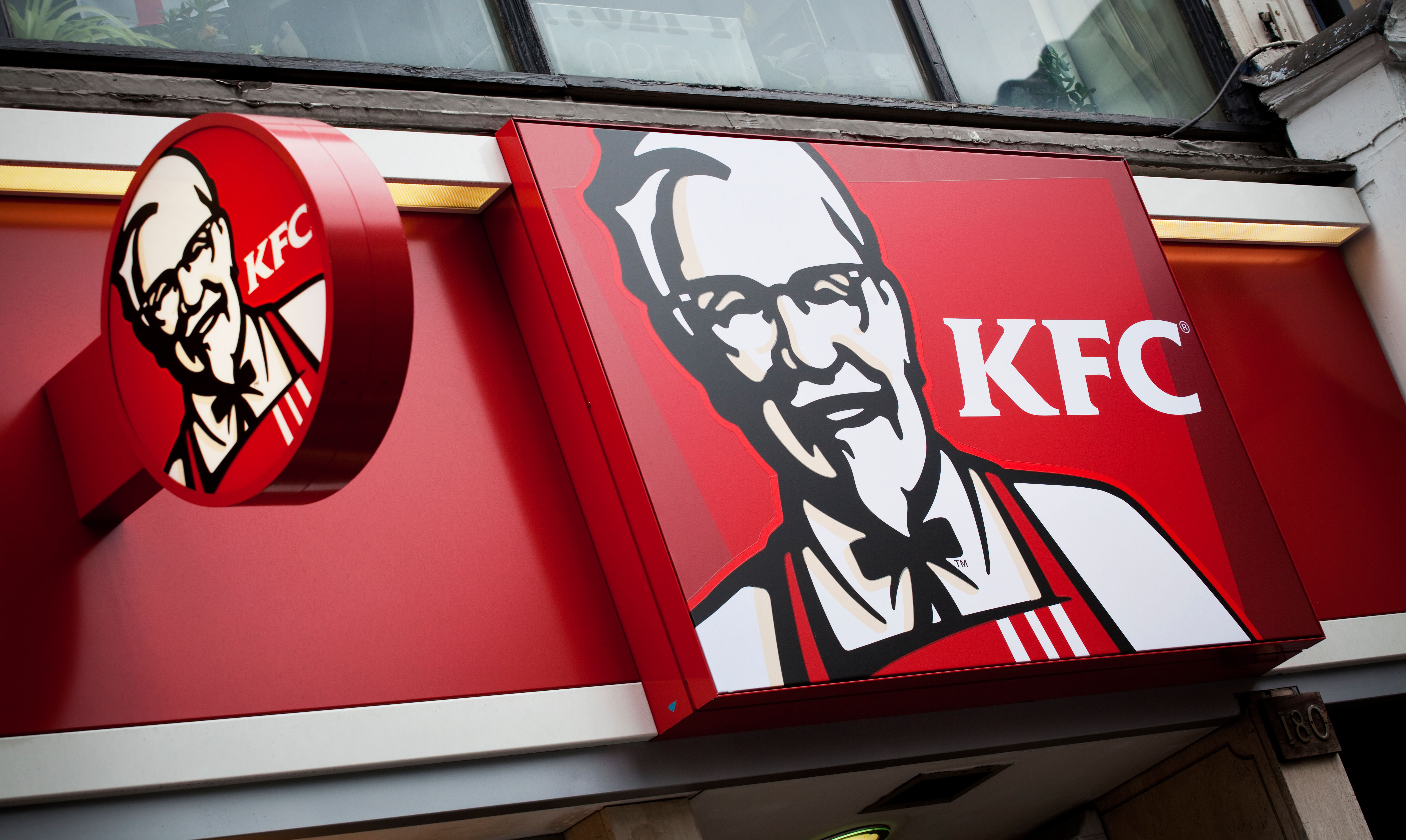 The humble beginnings of Harland Sanders may be hard to imagine as his Kentucky Fried Chicken franchise is now worth over $5.5 billion.

With a tumultuous start in life, the Colonel acquired quite the varied resume on his way to conquering the fried chicken world.

Amongst his endeavors, he worked as a soldier, a farmhand, an insurance salesman, a steamboat driver and even practiced law.

Before he was known as the loveable KFC Colonel,he began his chicken career selling the crispy goodness out of the side of a Shell gas station he ran.

But you don't become the face of the fried chicken world without being an astute businessman.

Sanders found some entrepreneurial success at the site in North Corbin, Kentucky, in the 1930s, where he sold his chicken to truck drivers and passersby.

When he was almost 60-years-old, he opened his flagship restaurant just across the street, while fine-tuning the recipe of his finger lickin' chicken.

But he soon became embroiled in a bitter spat with another gas station owner in the area, Matt Stewart, as they competed for custom.

The pair feverously battled with each other for business, forcing Sanders to largely expand his advertising efforts across the town.

He erected huge painted signs to entice locals into his premises, but his determined marketing campaign only rattled his rival Stewart.

To ruin his promotions, Stewart painted over each of Sanders' signs he had set up – but he soon learned it was a mistake to cross the Colonel.

After repeated warnings about the possible consequences of his smear campaign, Sanders proved he was no chicken when Stewart's antics continued.

During a meeting with two of his managers, Sanders learned Stewart was again defacing his beloved signs.

The trio rushed to confront the vandal in the act – armed with much more than a paintbrush.

The harmless back and forth feud quickly escalated on the quiet streets of Corbin, as they ambushed Stewart while he tarnished another poster.

But he saw his competitor coming and quickly cocked and fired his own gun at the Colonel and his colleagues.

The bullet struck one of the managers, seeing Sanders grab his pal's firearm and shoot back at Stewart.

The gun-slinging chef shot his competitor in the shoulder – not killing his rival, but managing to successfully slaughter his competition.

Stewart was later slapped with an 18-year prison sentence for murdering the Shell manager, while the plucky Sanders walked free after the courts found he had fired in self-defense.

HOW HE BECAME THE COLONEL

Amidst the turf war with Stewart, the Colonel continued to fine-tune his secret recipe with 11 herbs and spices – which soon flourished.

He was issued a ceremonial decree in 1935 by Kentucky Governor Ruby Laffoon, commissioning him as an honorary colonel.

Sanders began to embody his new title, by growing his facial hair and sporting a black frock coat and string tie.

He later switched to a white suit – which helped disguise the flour stains from his cooking escapades – and bleached his mustache and goatee to complement his white hair.

Sanders finalized his 'Secret Recipe' for frying chicken in a pressure fryer in 1940, again setting himself apart from the competition.

His local popularity went from strength to strength, before he began to focus on franchising his chicken business across the US.

The Colonel sold his Kentucky Fried Chicken corporation in 1964 at 73-years-old, for just $2 million, before becoming a brand ambassador for his treasured company.

Despite his departure, Sanders retained much influence over KFC and his signature smile on their packaging remained one of their selling points.

However, his devotion to the brand soon ran short and he became a vocal critic of Kentucky Fried Chicken.

He slammed the company for cutting costs and in turn causing the quality of the food to deteriorate.

He passed away in 1980 after suffering from acute leukemia and pneumonia, with an estimated net worth of $10 million.

The Colonel wore nothing else except his trademark white suit for the last 20-years of his life, which was purchased by the president and chief executive of Kentucky Fried Chicken Japan for $21,510 in 2013.

Despite his chequered past, the Colonel's legacy remains a story juicy enough to stew on next time you tuck into a KFC. 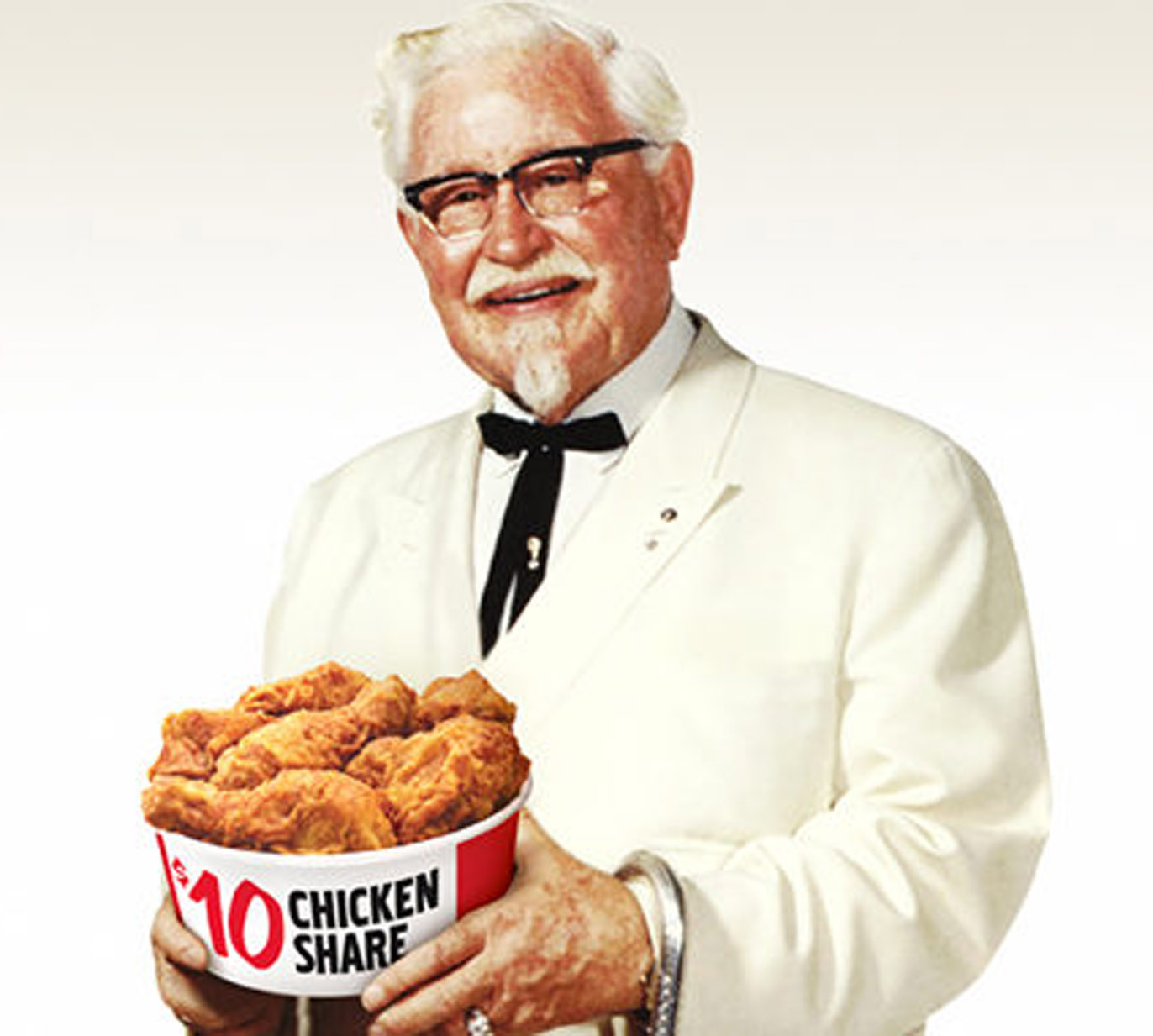 Tags: Colonel, Founder, how, KFC's
You may also like
Celebrities News