THIS is the heartstopping moment a suspected drink driver flips their car and almost wipes out an elderly pedestrian.

The mangled silver Ford avoids crashing into the woman by a "few steps" as it skids across the tarmac in Nelson, Lancs. 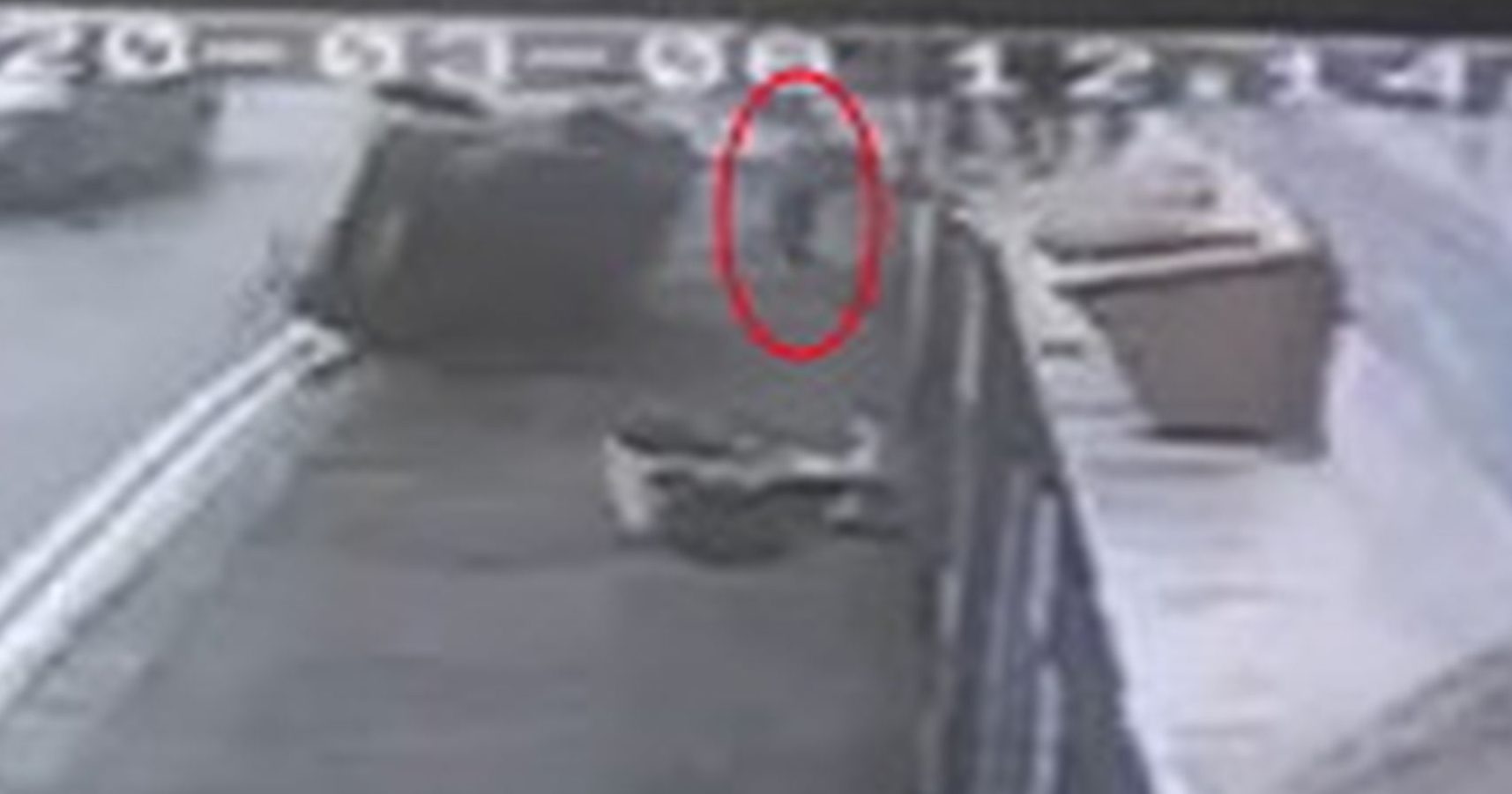 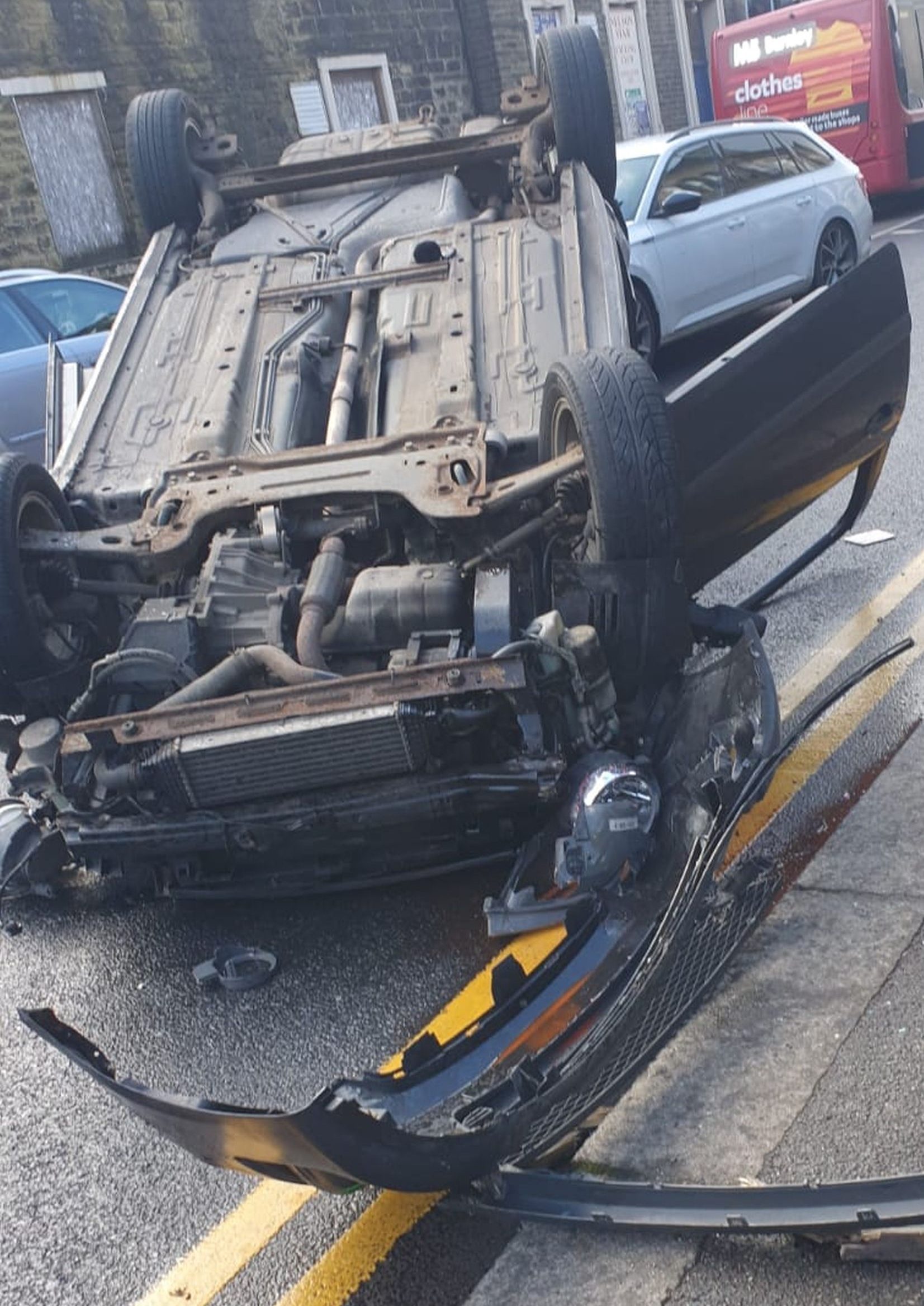 Najma Kalsoom, 43, and her daughter were driving on the opposite side of the road when they spotted the vehicle smash into three shops with two women inside.

The mum-of-three said: "It was really terrifying.

"I was so scared that the driver was dead. It's a miracle they made it out.

"It's a 30mph road and I would say there is no chance she was going less than 70mph.

If it had been a split-second earlier, it could have been fatal

"If it had been a split-second earlier, it could have been fatal."

As both the driver and passenger lay helpless in the wreckage, Najma and several other witnesses ran over to help rescue them.

The female driver is believed to have then fled the scene – only to be caught up with soon after by a concerned member of the public.

Najma said: "I just pulled her out and asked her 'is there anyone else?'

"There was something slumped at the back – it just looked like a corpse. The other lads [who witnessed the crash] had to get a saw and cut the other passenger's seat belt.

Lancashire Police were called to the crash at 10.30am on Sunday and confirmed a female, 28, was arrested on suspicion of drink driving. 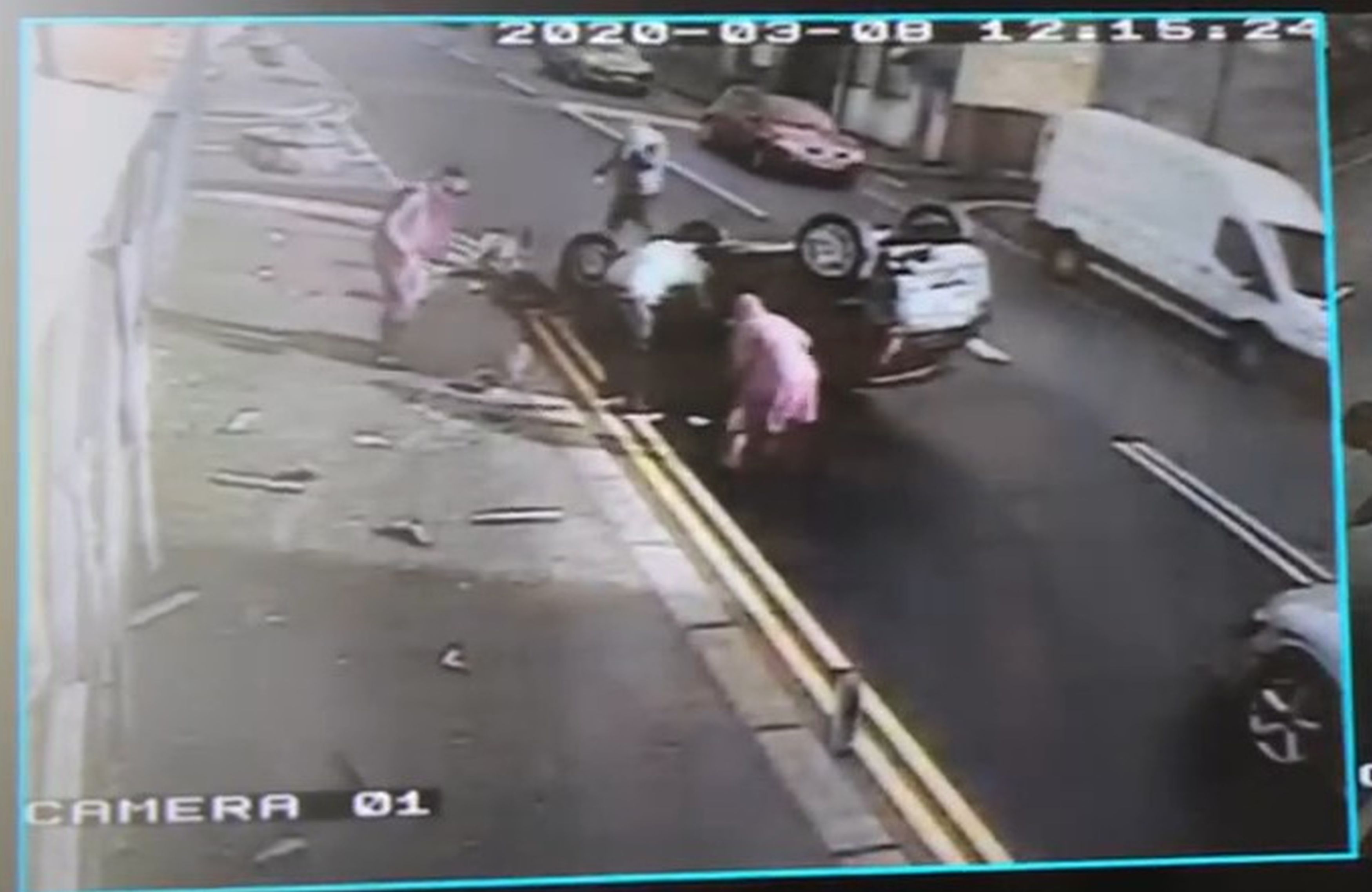 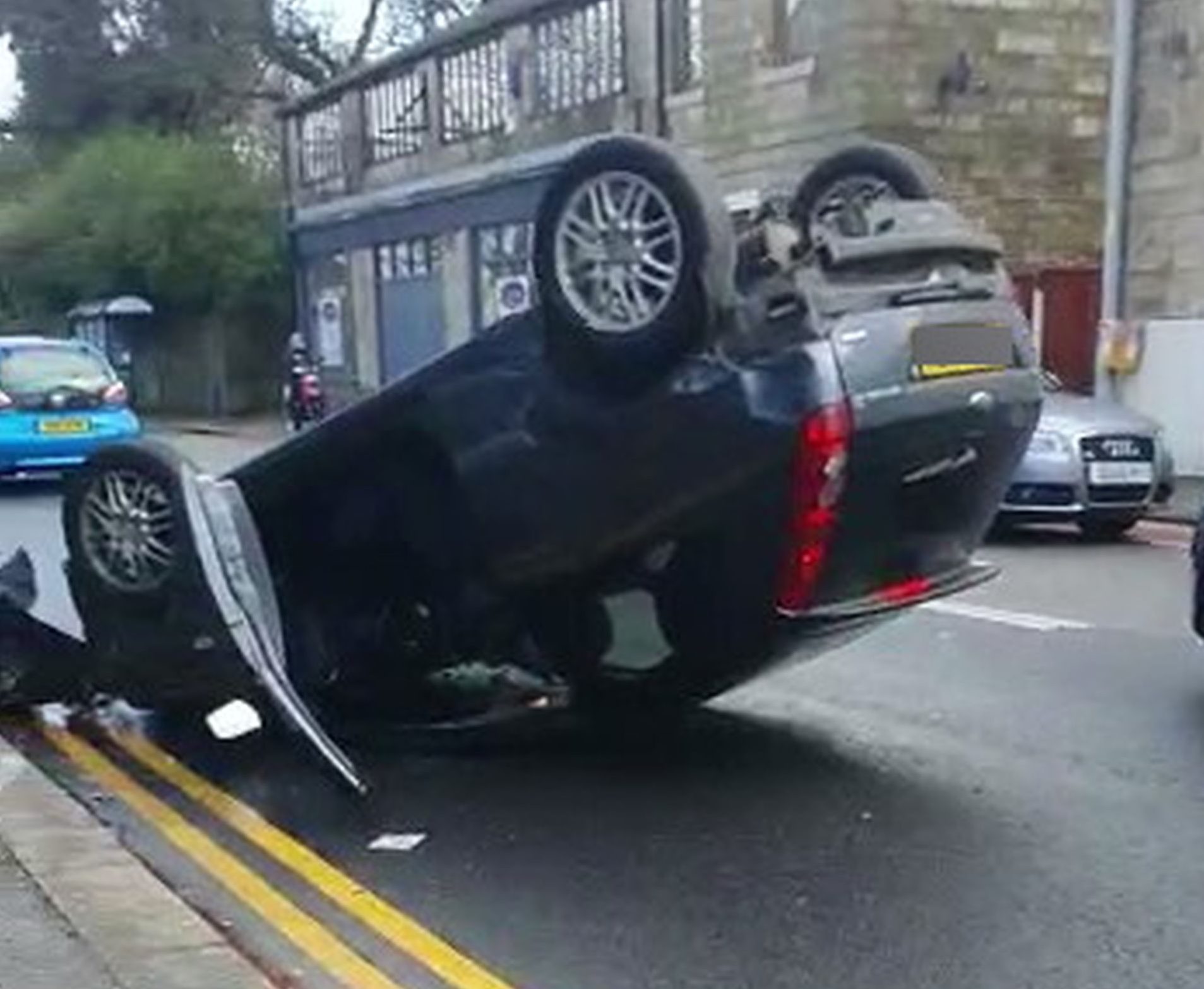 Tags: 'dri, Heartstopping, moment
You may also like
Celebrities News