SHOCKING footage shows the moment an elephant knocked a man out with its trunk before trampling him to death. 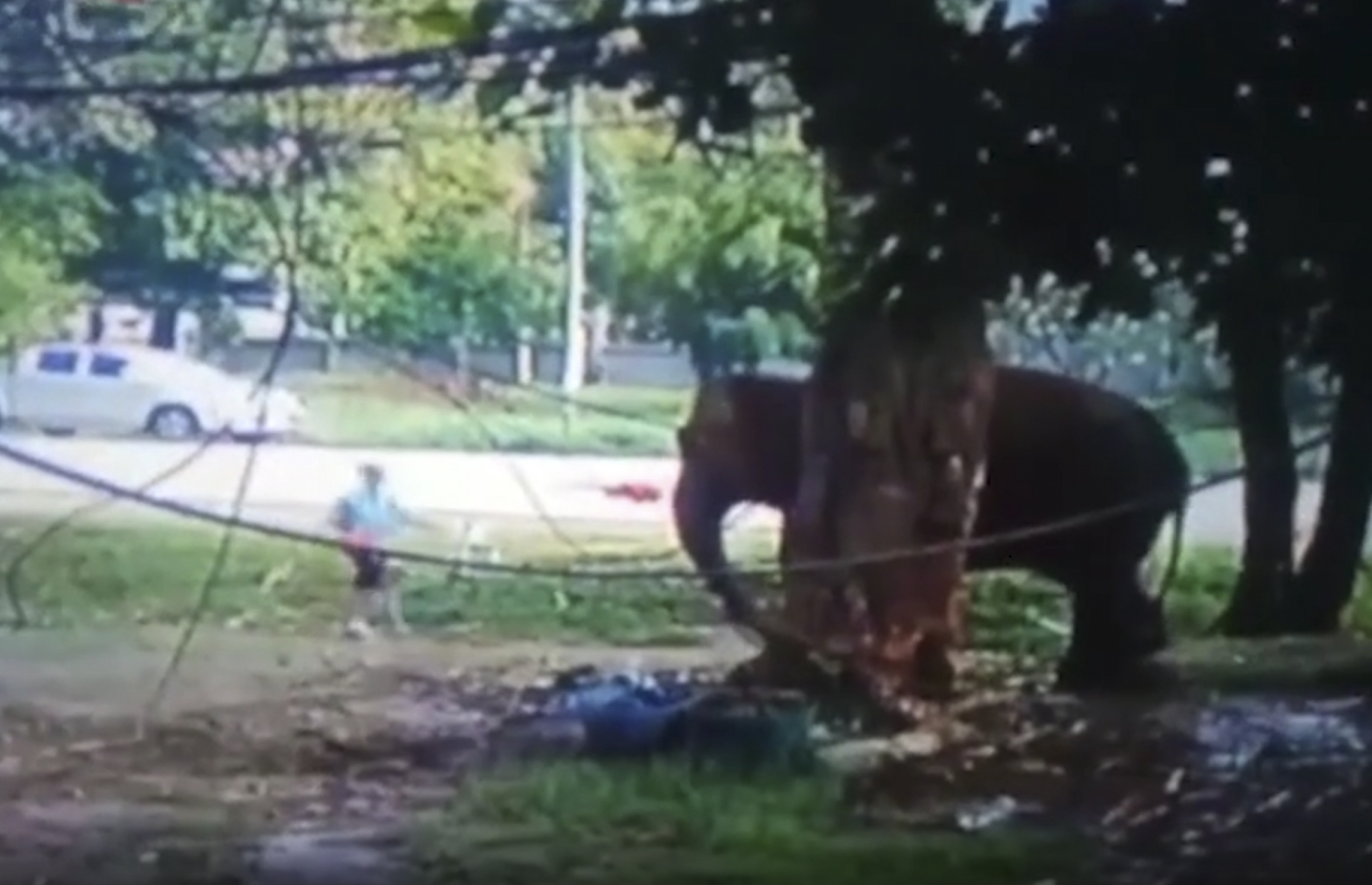 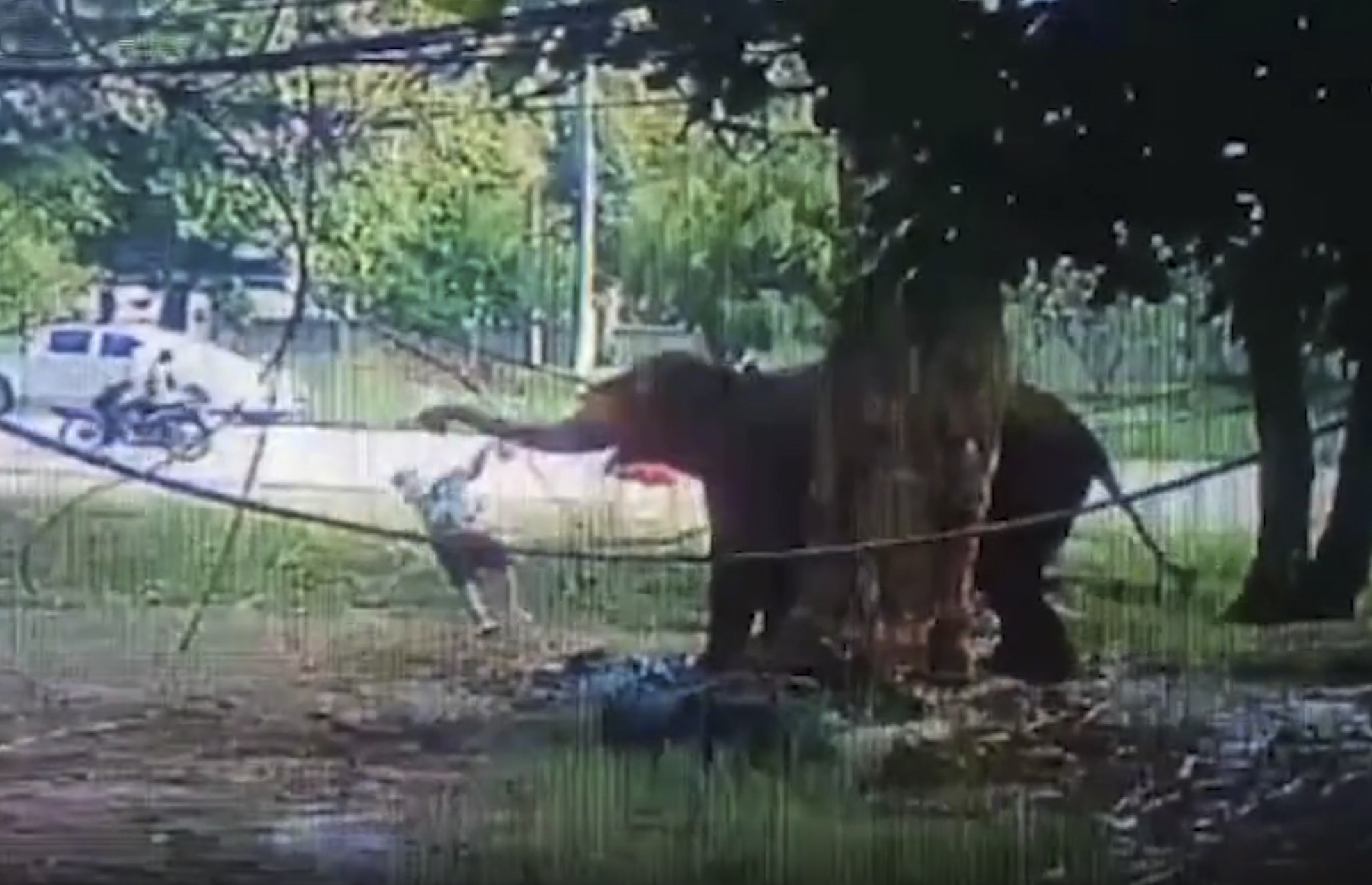 Pol Capt Arthit Poontaisong, deputy inspector of Mu Si police, said the 55-year-old had stopped his Toyota pickup to give the elephant some sugarcane after spotting her tied to a tree by the roadside.

But cops believe he got too close for comfort the elephant, which then unleashed a fatal attack.

Harrowing footage shows the 28-year-old elephant swing her trunk at Theerapittayatrakul before striking him as he falls to the ground.

The huge creature then continues to attack the man for two minutes, repeatedly throwing him in the air, stamping on him and hitting him with her trunk.

Peng Yimram – the elephant's owner – told police after the incident in April that the animal had never been aggressive before, reports Bangkok Post.

He added that Cherry had been taken to the area each morning for many years to give tourists elephant rides.

Yimram said he had left the elephant tied to a tree early on April 15 while he went to mow grass nearby.

He only realised something was wrong when he spotted a group of people where he had tied Cherry up.

It comes after a 68-year-old man was viciously impaled by the tusk of a charging elephant last month.

In the Como-Kango region of Gabon, Emile Moussavou came across an elephant near his village of Cachilaire, local news outlet L'Union reported.

But Moussavou was taken by surprise when the animal charged at him while his back was turned, planted a tusk on his left leg, and threw him several metres.

Incredibly, Mousssavou managed to release himself from the tusk of the raging elephant and frantically ran away and hid from the animal.

He crawled to his village where his neighbours rushed him to hospital.

In another shocking incident, a furious elephant crushed a man to death after a crowd of workers teased a herd passing through a tea plantation.

The animals were calmly crossing a road in north east India in search of food when a swarm of workers started taunting and chasing the elephants in a bid to scare them off.

Video footage showed one of the elephants becoming enraged by the shouting and car horns before charging towards the screaming crowd.

After darting towards the tea garden workers, the huge Indian elephant made a beeline for a man who had stumbled by the roadside while trying to escape.

He was trampled to death before the elephant returned to the herd on the opposite side of the road in Letekujan, in the state of Assam.