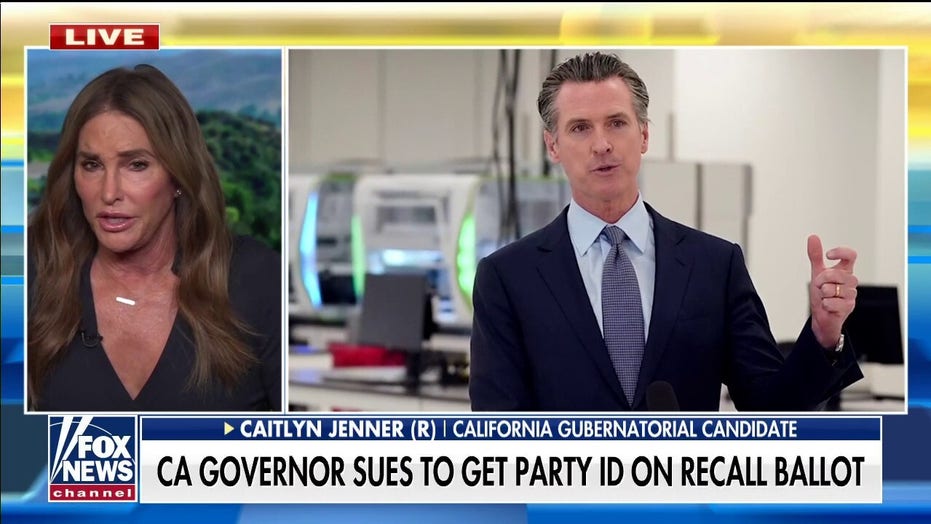 Caitlyn Jenner: Gavin Newsom is the worst governor California has ever had

A grizzly bear that pulled a California woman from her tent and killed her earlier this week was fatally shot early Friday by wildlife officials, who used night vision goggles to stake out a chicken coop that the bear raided near the town where the woman was attacked.

The bear was shot by federal wildlife workers shortly after midnight, when it approached a trap set near the coop about 2 miles (3 kilometers) from Ovando, where Leah Davis Lokan, 65, of Chico, Calif., was killed early Tuesday morning, said Greg Lemon with Montana Fish, Wildlife and Parks.

The bear had raided the chicken coop overnight Wednesday, and officials set a baited trap nearby hoping to lure the animal back, Lemon said.

“Based on the size of the bear, the color of the bear and the nature of the chicken coop raids, we’re confident we’ve got the offending bear,” he said. Lemon said tracks found at the site of the coop matched tracks found in Ovando.

Ovando has fewer than 100 people and borders a huge expanse of forested lands that stretches to the Canada border and is home to an estimated 1,000 grizzlies. Bear attacks on humans are relatively rare, particularly in inhabited areas, and Ovando businesses cater to adventuresome tourists including bicyclists like Lokan who are allowed to pitch their tents in town. 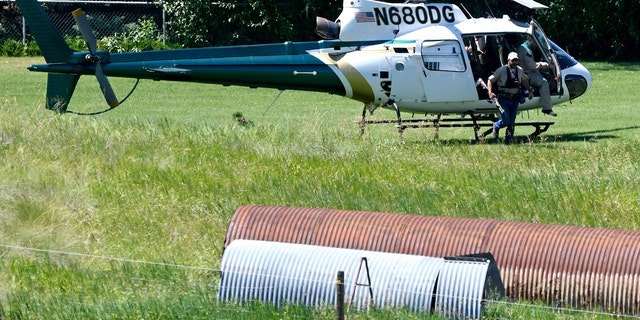 A Montana Department of Fish, Wildlife and Parks helicopter lands in Ovando, Mont., on Tuesday, July 6, 2021, after searching for a bear that killed a camper early that morning. The search for the bear continued Wednesday. (Tom Bauer/The Missoulian via AP)

She and her party were camped near the town’s post office and museum when a grizzly bear pulled her out of her tent and killed her early Tuesday, officials said. It was the second time the bear was at the campsite that night, they said.

Wildlife officials spent Thursday trying to find and kill the approximately 400-pound bear, but came up empty for a third straight day.

The sheriff closed the informal campsites around town at least until Sunday and the town opened up a fire station and church for cyclists to sleep inside. The town already had an old jail that had been remodeled with some cots for campers, said Kathleen Schoendoerfer, who owns the Blackfoot Angler fishing shop with her husband, Travis Thurmond.

Ovando sees about 1,000 cyclists per year who are traveling the Great Divide route, Schoendoerfer estimated, with varying numbers staying overnight.

The route loosely follows the Continental Divide, at times zig-zagging over it on gravel roads, dirt roads and trails and some single tracks, said Dillon Key, who works at Great Divide Cyclery in Helena. There are also some highway miles.

The route is “absolutely gorgeous” through Montana, taking riders over mountain passes and through big, open meadows, Key said.

“A lot of the towns on the route, small towns in the middle of the mountains, tend to be really welcoming to divide riders coming through,” Key said. “There’s a couple farms and ranches along the way that allow riders to come stay with them. It’s kind of a communal feeling to it. Everyone’s really welcoming.”

Lokan, a registered nurse who had worked at a hospital in Chico, would have fit right in, said Mike Castaldo, president of the Chico Cycling Club.

“She had a really good spirit. She always had a smile on her face. Always lit up when she saw you. Always gave you a big hug,” said Castaldo, who knew Lokan for about 15 years. “But I think most of her identity was, you know, outside on the bike, enjoying the outdoors was her thing.”

She participated in mountain bike races and was a road cyclist and experienced outdoorswoman.

“I think she was competitive, but that was secondary to the journey or the adventure she was on that particular day,” he said Thursday. 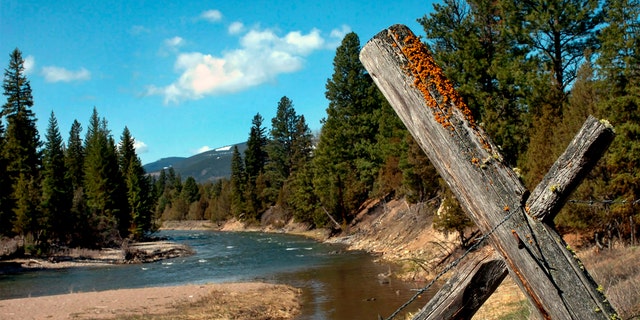 This April 26, 2006, file photo, shows Jacobsen Creek, a tributary of the North Fork of the Blackfoot River near Ovando, Mont. Authorities say a grizzly bear attacked and killed a person who was camping in the Ovando area early Tuesday, July 6, 2021. ( Jennifer Michaelis/The Missoulian via AP, FIle)

Investigators gathered DNA evidence from the scene of Lokan’s death and will compare it to samples gathered from the dead grizzly bear to confirm they got the right bear. The results could be available in the next three days.

Until then, Powell County Sheriff Gavin Roselles said he would maintain a closure on outdoor campsites in Ovando.

Lokan, a registered nurse who had worked at a hospital in Chico, was an experienced outdoors woman and cyclist who was on a mountain biking trip. She and her party were camped behind the Ovando post office early Tuesday when she was attacked.

Friends said Lokan was a free spirit, competitive and adventuresome and was aware of the dangers she faced on the trip.

“She had a really good spirit. She always had a smile on her face. Always lit up when she saw you. Always gave you a big hug,” said Mike Castaldo, president of the Chico Cycling Team, who knew Lokan for about 15 years. “But I think most of her identity was, you know, outside on the bike, enjoying the outdoors was her thing.”

The bear had awakened the woman and two others who were camping near the post office about 3 a.m. Tuesday, officials said. The bear then ran away.

The campers removed food from their tents, secured it and went back to sleep, officials with Montana Fish, Wildlife and Parks said.

The approximately 400-pound bear was seen by a video camera at a business about a block away from the post office about 15 minutes later, wildlife officials said.

About 4:15 a.m., the sheriff’s office received a 911 call after two people in a tent near the victim’s were awakened by sounds of the attack, Roselles said. They discharged their bear spray, and the bear ran away.

The bear is also believed to have entered a chicken coop in town that night, killing and eating several chickens.

Bears that attack people are not always killed if the mauling resulted from a surprise encounter or the bear was defending its young. But the bear involved in Lokan’s death was considered a public safety threat because of the circumstances of the attack.

Authorities hunted for the animal over three days, using helicopters and search crews on the ground and setting out five large traps made from steel culverts and baited with roadkill.

On Thursday night, an Ovando woman came home and found her door ripped off and noticed large claw marks on the house, Roselles said.

Lemon said wildlife officials don’t have enough evidence to draw any connection between the damage to the house and the bear that killed Lokan, because they don’t know when the house was damaged.