Green co-leader Sian Berry is to quit amid a furious row over trans rights within the party.

The London Assembly member and perennial mayoral candidate lashed out at the party’s ‘mixed messages’ on gender identity, suggesting her front bench team did not share her views.

Ms Berry, who is pro-trans rights, announced she would not seek re-election in a leadership by-election later this month.

That election was triggered by the resignation of her fellow co-leader, Jonathan Bartley, just a week ago.

In a statement last night she said she could ‘no longer make the claim that the party speaks unequivocally, with one voice’ on the issue of ‘trans rights and inclusion’.

The election of new front bench representatives by the membership meant there was ‘inconsistency’ between her own and the party’s stance, she added.

Ms Berry said: ‘I must stand by our policies and my pledges made to Londoners in the recent election, and there is now an inconsistency between the sincere promise to fight for trans rights and inclusion in my work and the message sent by the party’s choice of front bench representatives.

‘This inconsistency has left me in a very difficult position. I can no longer make the claim that the party speaks unequivocally, with one voice, on this issue. 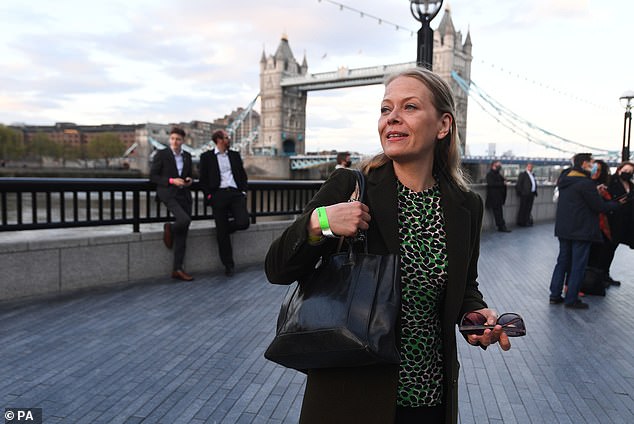 The London Assembly member and perennial mayoral candidate lashed out at the party’s ‘mixed messages’ on gender identity, suggesting her front bench team did not share her views. 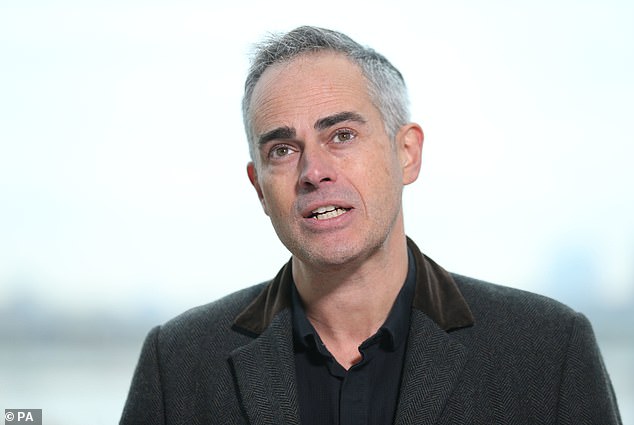 Her decision to quit comes just a week after her fellow co-leader, Jonathan Bartley, also revealed he was to step down.

‘And my conscience simply cannot agree with the argument that there is anything positive in sending these mixed messages, especially when the inclusive attitudes of our membership and wider society are clear.

‘Failing to win the confidence of a majority of my colleagues to reflect these is also a failure of leadership. Green leaders do not hold power but we do have a duty to influence, so I must apologise to you all for this failure and hold myself to account.’

She called for members to consider whether the Greens would ‘continue to embrace the principles of listening and solidarity when minority groups are singled out for attack’ when electing a new leadership team.

Ms Berry said on social media that she would remain in place during the leadership contest but would not be a candidate.

Mr Bartley and Ms Berry were elected co-leaders of the national Green Party on a joint ticket in 2018, taking over from the party’s only MP, Caroline Lucas.

In a statement, the London Assembly member said: ‘I have been considering my position as co-leader since the decision was made to announce our new front bench spokespeople.

‘And though I will stay on as acting leader through the leadership by-election, I am writing today to say that I have decided not to stand as a candidate in that by-election.’

The 47-year-old said it had been ‘incredibly rewarding’ working with Mr Bartley and that she was ‘proud of the progress the party’ had made in recent years, with the Greens racking up an impressive performance at the local elections in May.

Outgoing co-leader Mr Bartley said on Twitter: ‘It’s been amazing to have worked with you these last few years.

‘You have been truly inspirational and we all owe you a huge debt of gratitude for everything you have done.’