MURALS paying tribute to George Floyd are being vandalized this week as lawyers for ex-Minneapolis cop Derek Chauvin argue that drugs were responsible for the father-of-one’s death.

Floyd’s eyes and mouth were covered in black crosses and the word “fentanyl” spray painted across his forehead on Monday in a mural in Phoenix, Arizona. 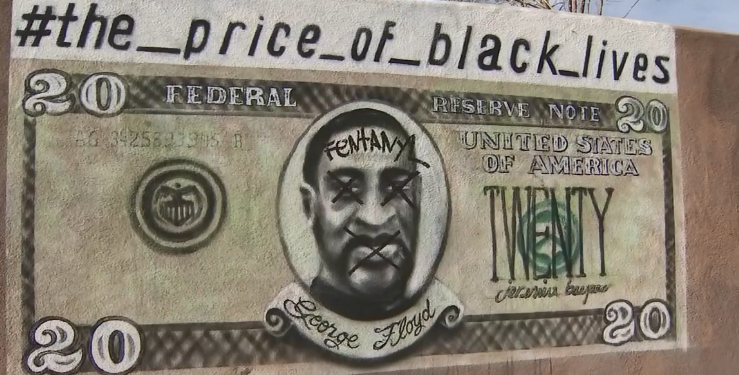 It came after Chauvin’s defense team argued during the trial’s opening statements on Monday that the former police officer was not responsible for the 46-year-old black man’s death.

Attorney Eric Nelson instead contested that Floyd had died due to the drugs found in his body during his autopsy and heart disease.

The Phoenix mural was painted last year on the back wall of a private home by New York City artist Jeremie "Bacpac" Franko, Fox 13 reports.

It depicts a $20 bill, symbolizing the counterfeit bill that Floyd was accused of using in the lead up to his arrest outside of a Cup Foods in Minneapolis. 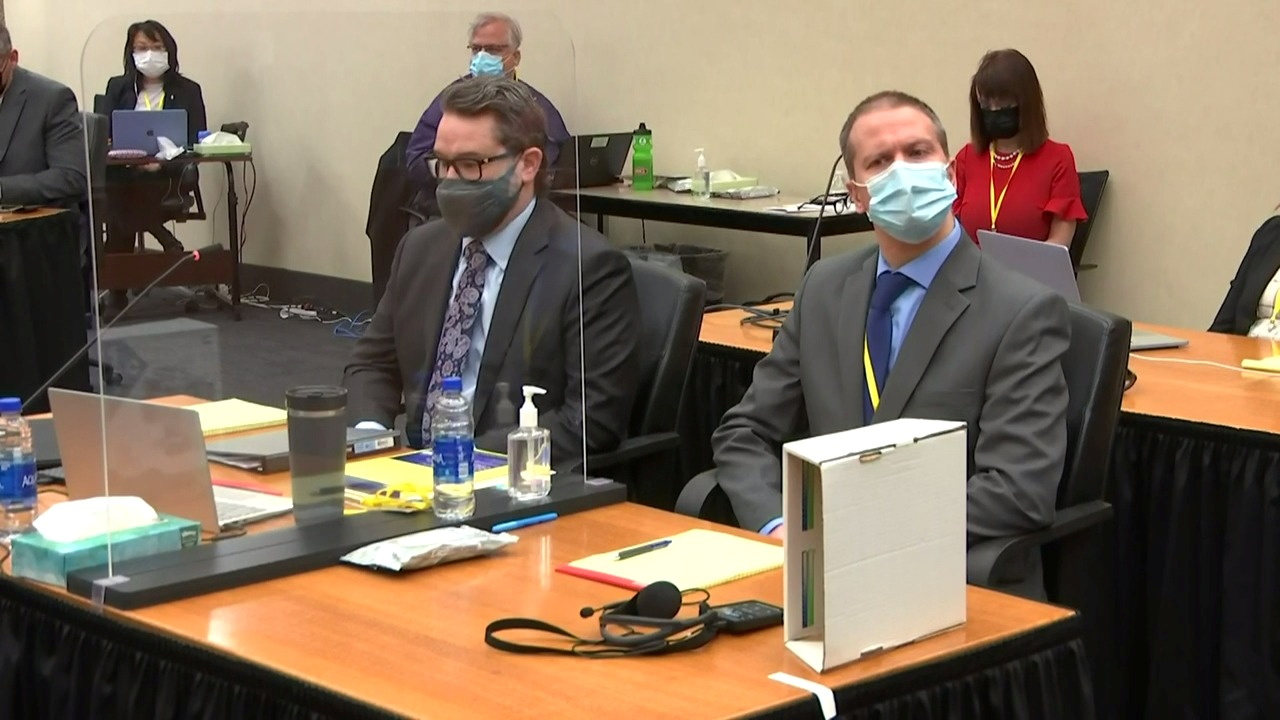 The father-of-one died on May 25 after being placed in handcuffs and pinned to the ground by Chauvin, 45, and other officers.

"The reason why I'm doing a $20 bill is because George Floyd was killed over a $20 bill. We may never know if it was or wasn't counterfeit," artist Franko said.

The artist fixed the mural on Tuesday, adding a silhouette of himself standing beside the bill.

"I'll fix it again and again. It's my message and my art and I want the right conversation to be had," Bacpac told 3TV.

"I painted my silhouette as an indication to say that you can’t burn your message on top of mine. I am going to stay right here and fix it every time."

Another tribute to Floyd was crudely defaced in Pittsburgh on Tuesday, according to KDKA.

A penis was painted over Floyd’s face and glasses added. 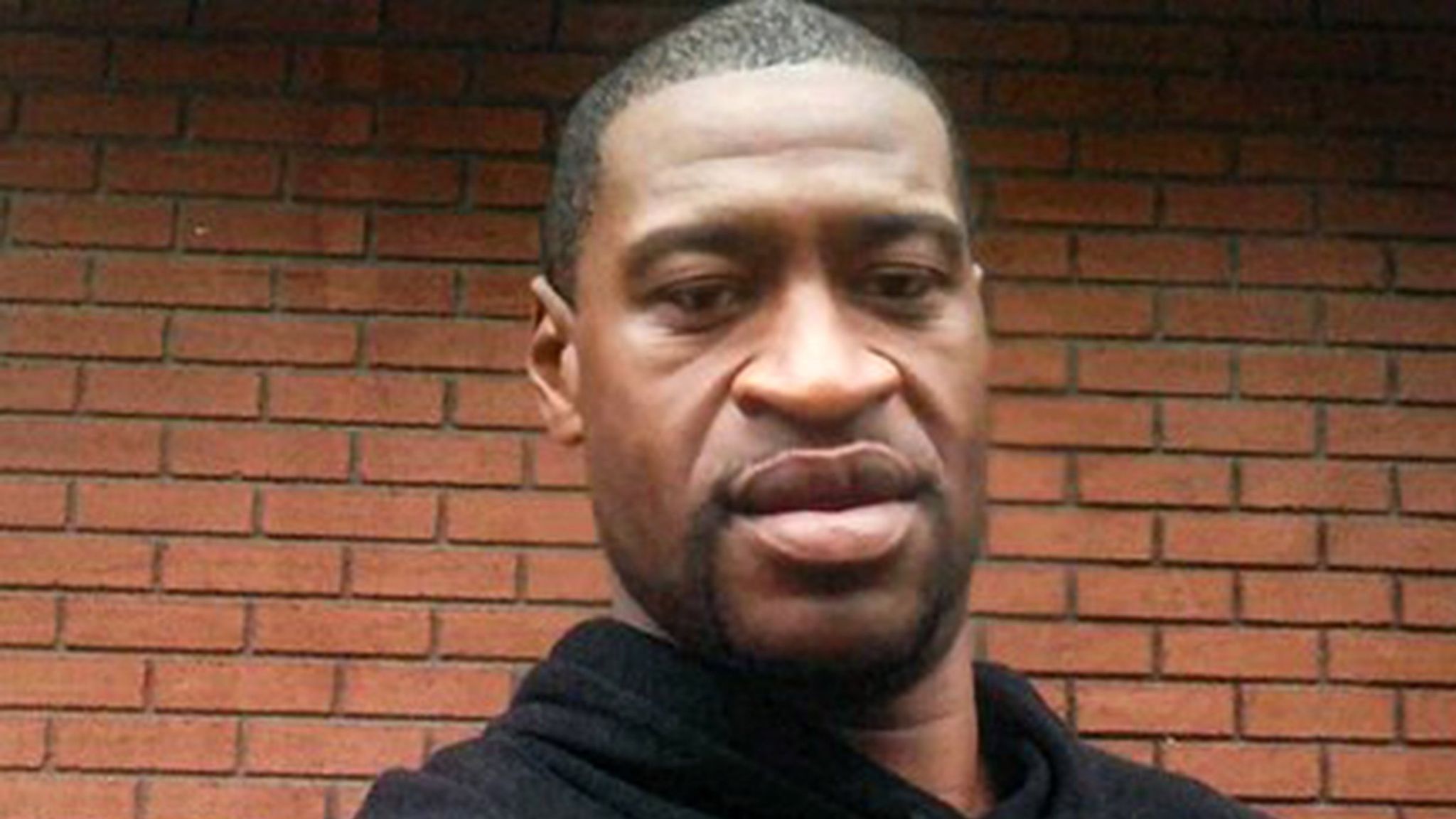 The high-profile murder trial began on Monday with defense attorney Nelson contesting the prosecution’s claims that the force Chauvin used during Floyd's arrest as responsible for his arrest.

He noted that Hennepin County Medical Examiner Dr. Andrew Baker revealed "many other issues" in the report, including coronary disease, an enlarged heart and swelling of the lungs.

"The state was not satisfied with Dr. Baker's work, and so they have contracted with numerous physicians to contradict Dr. Baker's findings," Nelson said.

He also claimed that there were no signs that Floyd was asphyxiated or that his airflow was restricted in any way, despite the findings of the medical examiner.

Instead he claimed that the fentanyl and methamphetamine found in Floyd’s body contributed to his death. 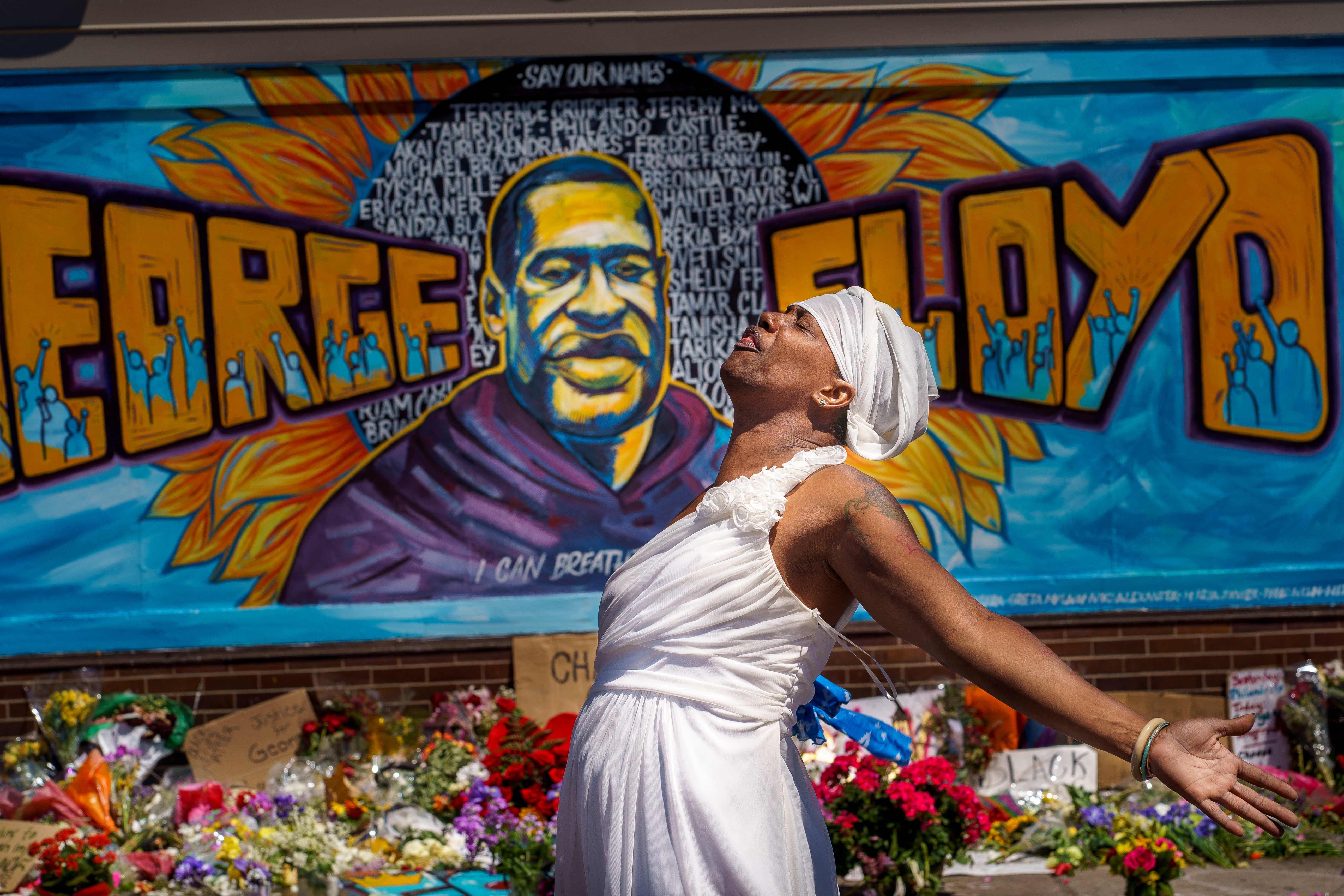 Attorney for the prosecution Jerry Blackwell opened his argument by showing jurors the infamous social media footage shared of Floyd’s arrest and death.

He blasted claims Floyd died from an overdose as bogus.

Nelson also argued that the “angry” crowd of bystanders were the reason officers did not give Floyd medical attention as he gasped for air on the ground.

He said that the witnesses had posed a “threat” to the cops and diverted their attention away from Floyd.

The third day of Chauvin’s trial continues on Wednesday and is expected to last four weeks.

The jury heard testimony from bystanders who watched Floyd's death during the first two days of the trial.