A FURIOUS resident has installed a fake speed camera to stop dangerous drivers speeding through their village – but not everyone agrees with the move.

An anonymous resident in Broadwindsor, Dorset, put up the yellow painted cardboard box to stop motorists from racing through the quiet village. 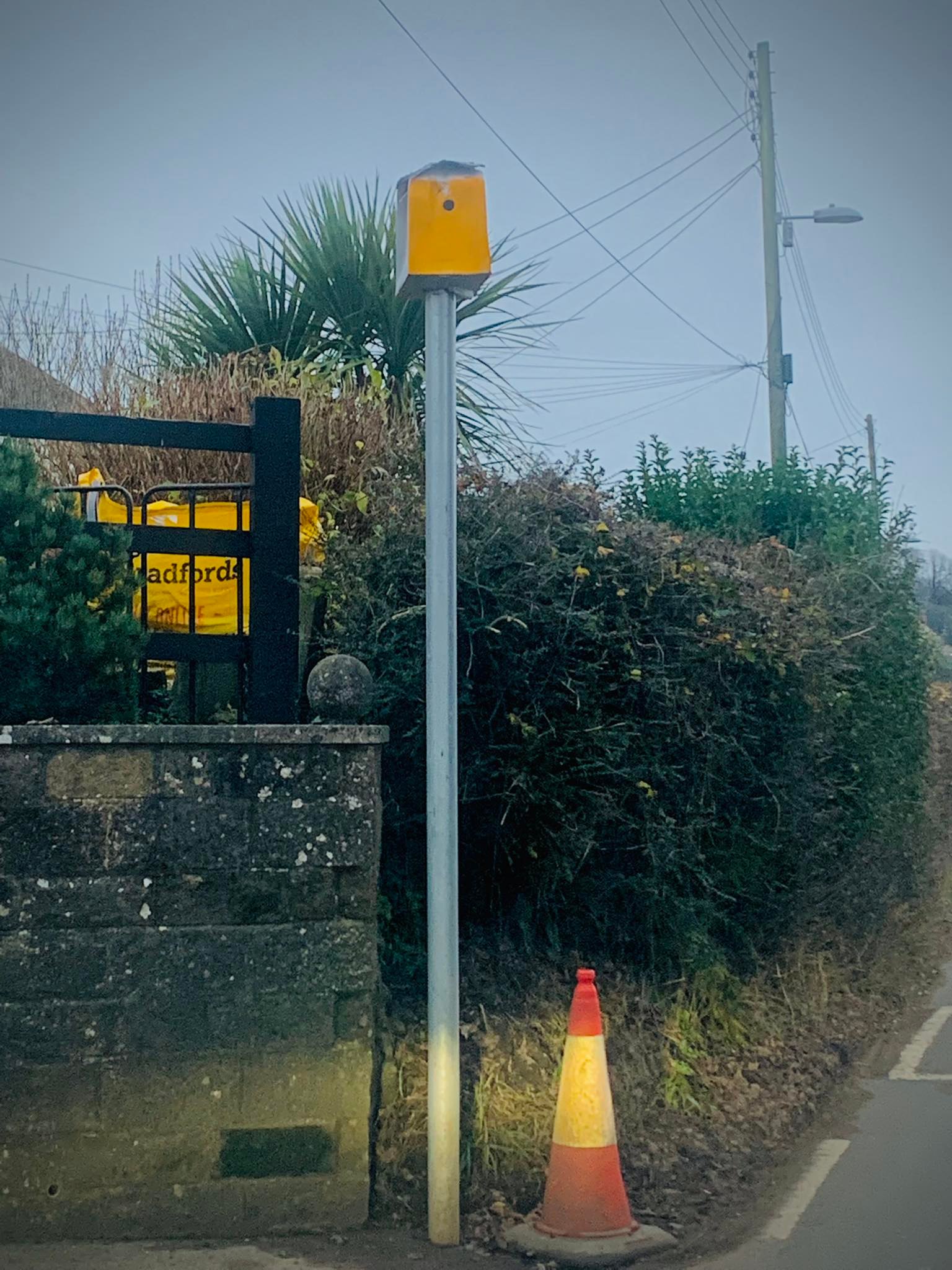 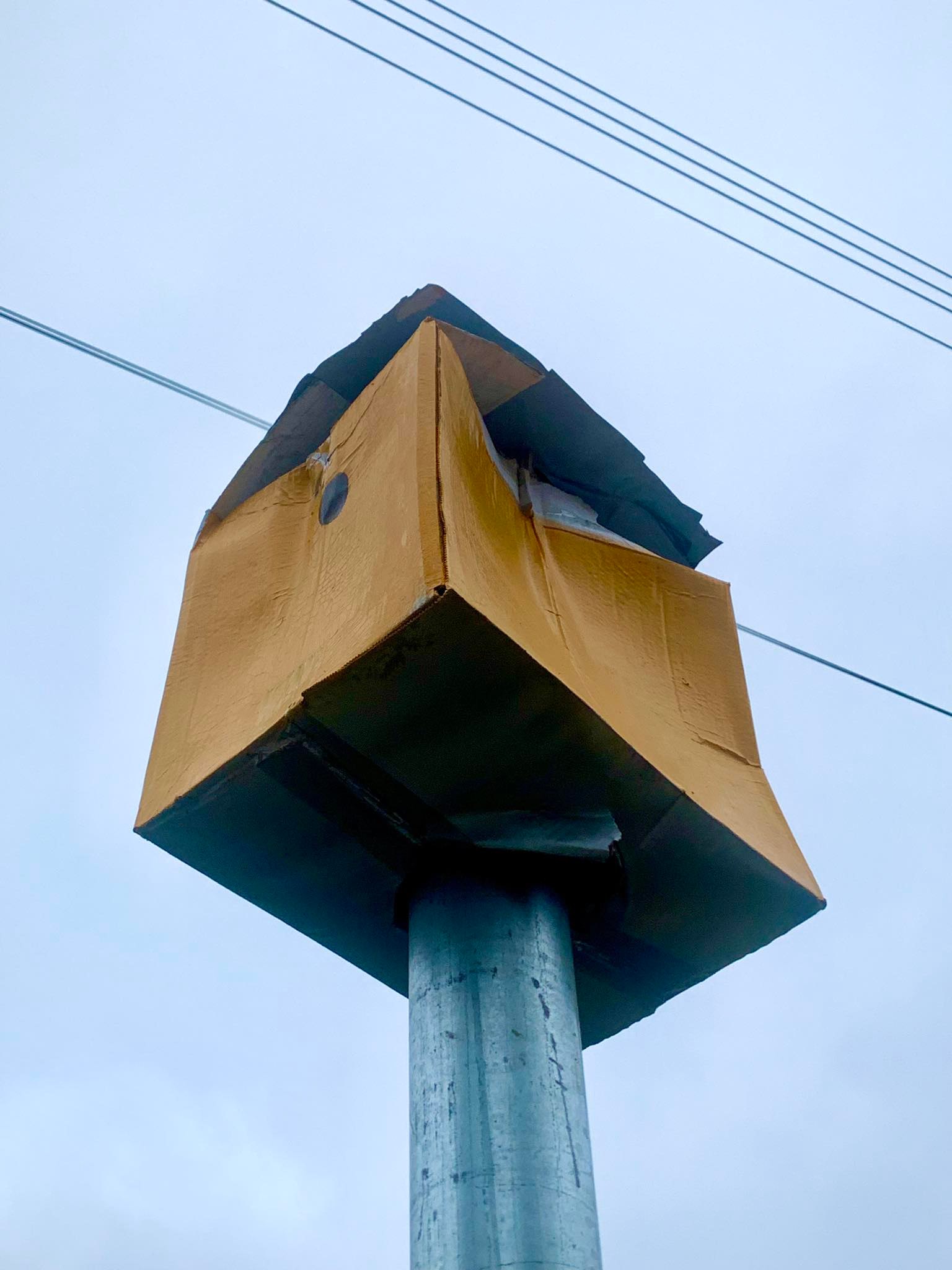 The "camera" was plonked on top of a metal pole originally installed for a speed indicator device (SID), which shows drivers if they are over the speed limit.

But the device has been delayed due to national manufacturing problems, and one resident clearly decided they weren't waiting any longer.

The fake camera was put up on the 20mph road through the village and has caused quite a stir. Some have said it is dangerous and could cause accidents while others back the move, saying something needed to be done.

Local Hannah Moss said: "I live in Broadwindsor, right near where this has gone up. It's a 20 mile an hour limit that drops into the village from a 60.

"If you had to park your car on the other side of the road here and cross to it every day like we do you'd understand how vulnerable we feel.

"It's so dangerous as people fly past, still doing 60 sometimes where there's also an entrance to a large cul de sac and the primary school just down the road.

"When they resurfaced the road they went round the speed bumps, rendering them pretty useless as you can drive right over them at any speed and they do nothing now.

"The police do nothing about the issue, I know there have been complaints to them over the 6 years I've lived here.

"If it slows a few people down, good on them. As for causing accidents, if the idiots were doing 20 at that point they would have no issue."

Joanne Reynolds said: "My son has been at the school for the last five years so I’ve seen a lot of terrible driving. A lot of parents are surprised there has not been more accidents – especially the idiots that think the school is a turning point.

"I always go slowly (on purpose) been beeped, sworn at and been shown some nice hand signs."

Mark Loader added: "Excess speed is a problem in all our villages – very few people care about limits and I have been overtaken numerous times in 20mph zones.

"Unfortunately nothing gets done, speed watch is a complete waste of time as rarely backed up by Police as they can't be everywhere – bringing back fixed cameras may be the only way to beat it."

Parish councillor Steven Chubb said Dorset Council had completed a speed monitoring system in the parish and identified five areas in Broadwindsor that were suitable for speed indicator devices.

Two have been ordered and the local speedwatch group will move them around locations in the village every six weeks, but the delivery has been held up due to a shortage of parts.

He also said the parish is looking to reduce the 60mph roads to 40mph or 30mph. 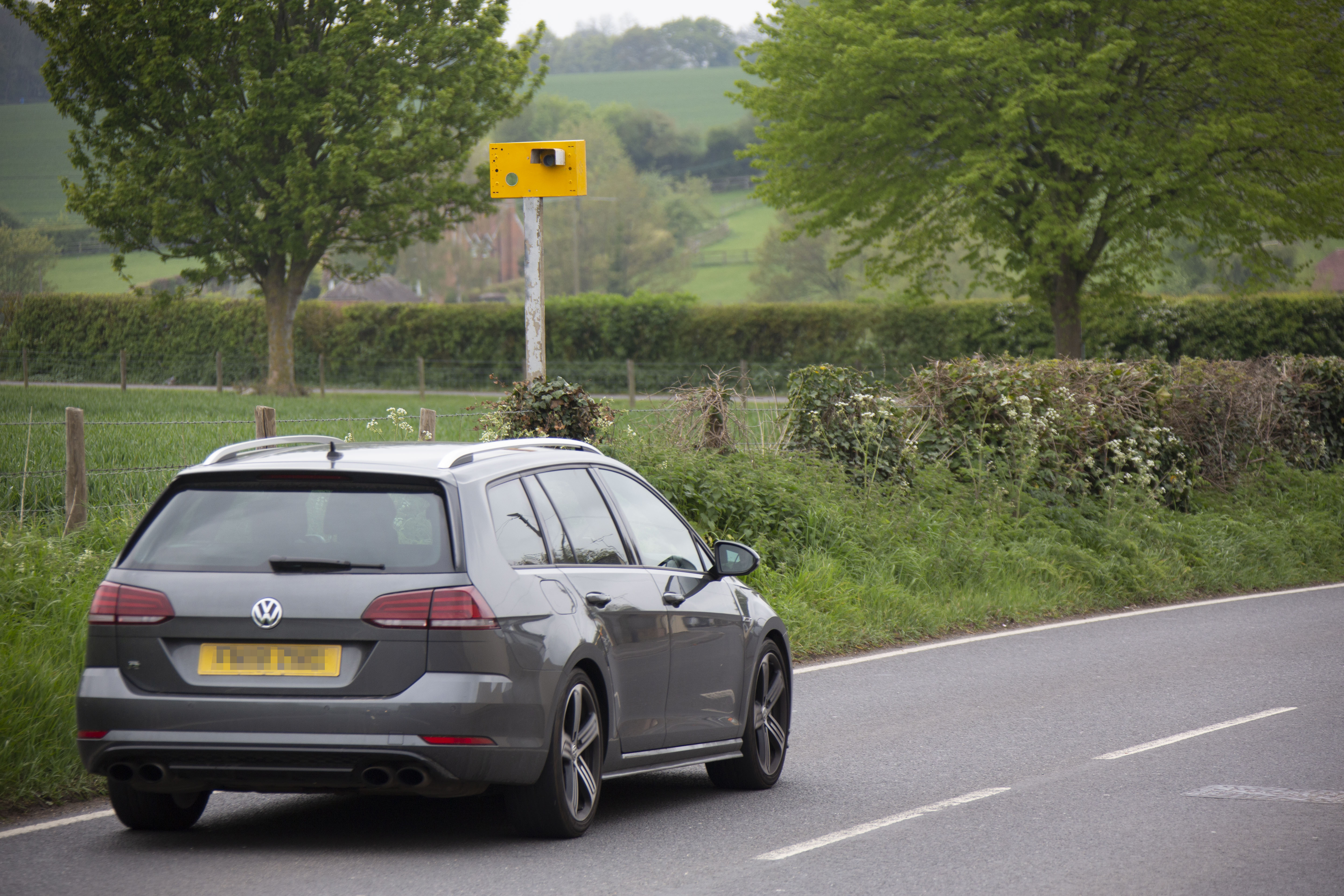