A homeowner has hit out after discovering his £325k dream house has, what he has described, as 200 faults including one which he says led to his wife getting an electric shock.

Irate Nasser Malik, 44, describes the five bedroom property in Darwen, Lancashire, that he shares with wife Zoe, 37, and their two young children as like a ‘death trap’.

Mr Malik claims the flooring is uneven, walls are damp, doors don’t close properly and that their back garden is a ‘bog’ because the soil and turf was laid incorrectly. 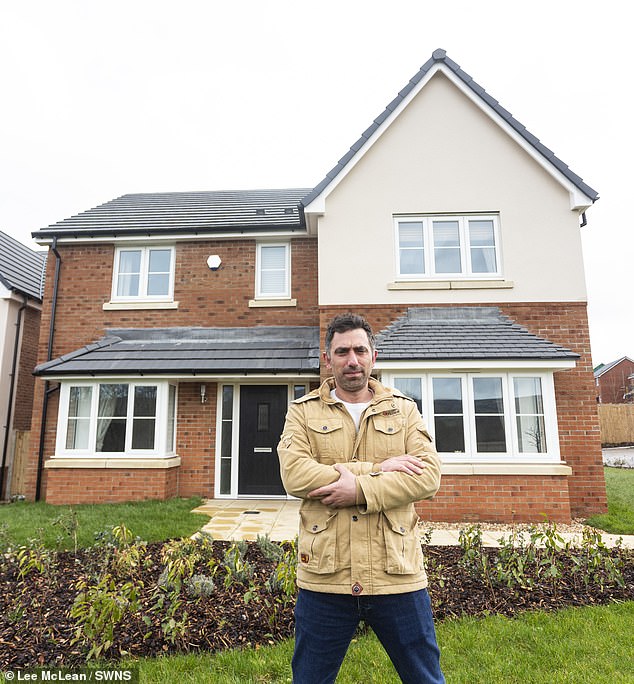 Irate Nasser Malik, 44, (pictured above) describes the five bedroom property in Darwen, Lancashire, that he shares with wife Zoe, 37, and their two young children as like a ‘death trap’

The IT manager said he finally decided to speak out after allegedly falling down a hole in the garden which had been covered up with a paving slab and injuring his ankle.

He added: ‘This was our dream home but when we moved in it was a complete mess, everything was wrong.

‘My wife nearly got electrocuted by a plug socket on the very first day.

‘The whole place feels like it has been rushed to be finished and the level of workmanship is shoddy.

‘After nearly nine months in the property things have become unbearable, the place is a death trap.’ 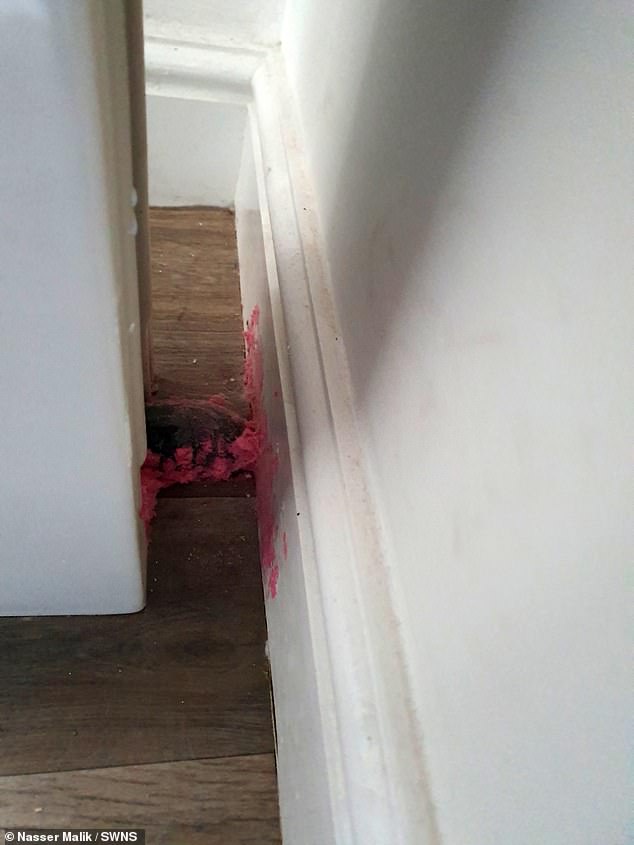 Mr Malik and wife Zoe were concerned about the building of their house, which is part of a development in Darwen, Lancashire, before even getting the keys last July.

On the school run one day, which took them past the site, they claim to have noticed workmen placing the wrong coloured roof on top of the structure.

On another occasion they realised render had been applied to the walls, which is not something they had asked for or wanted. 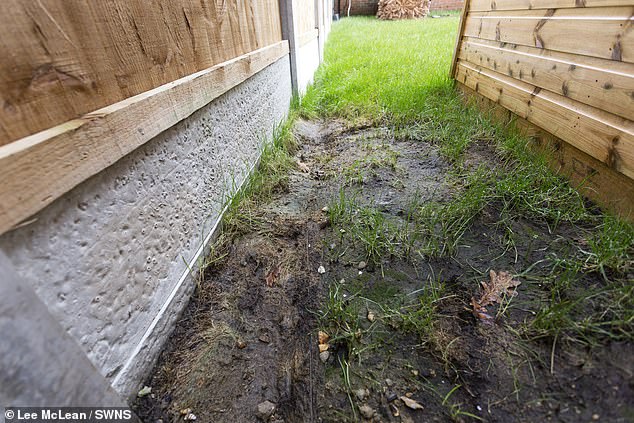 Mr Malik claims he cannot stand on his grass, in his backgarden, because the ground gives way due to the home developers not compressing the soil enough 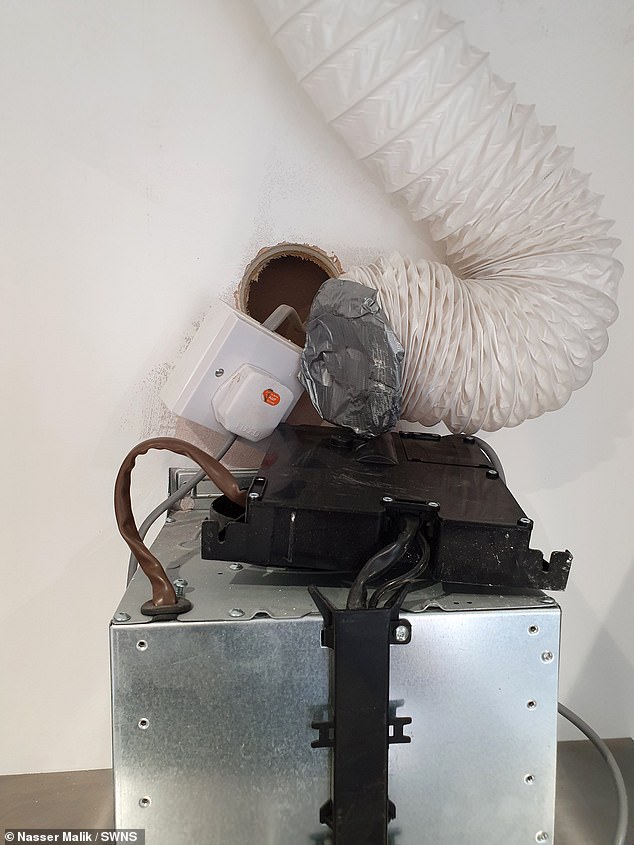 A fitted extractor fan which was left with a loose power socket and a make shift cover from tape, shown from August 2019

When Mr Malik rang property company Kier to complain he says the firm made an odd offer of a hot tub and a summer house in the garden to apologise, which he accepted.

However, the problems kept ‘piling up’ after they moved in two weeks late last year and noticed a series of faults on the inside as well as outside the property.

Zoe got an electric shock from a plug socket connected to the washing machine the day they moved in, Mr Malik said.

In total Nasser estimates there have been more than 200 faults with the property, some of which have been fixed by Kier but others which are yet to be looked at. 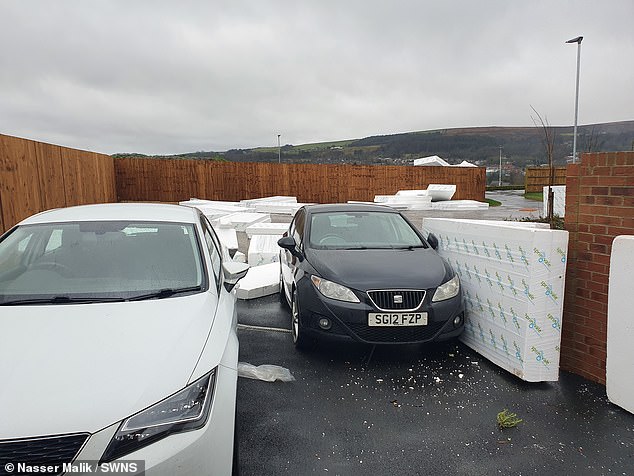 He said: ‘Dealing with Kier has been an absolute nightmare.

‘It took them three months to get us a pane of glass and eight weeks just to fit a handle, it’s ridiculous.

‘I was emailing them non-stop but had to start letting Zoe do it instead because it was just too much.

‘It has caused us a huge amount of stress.’ 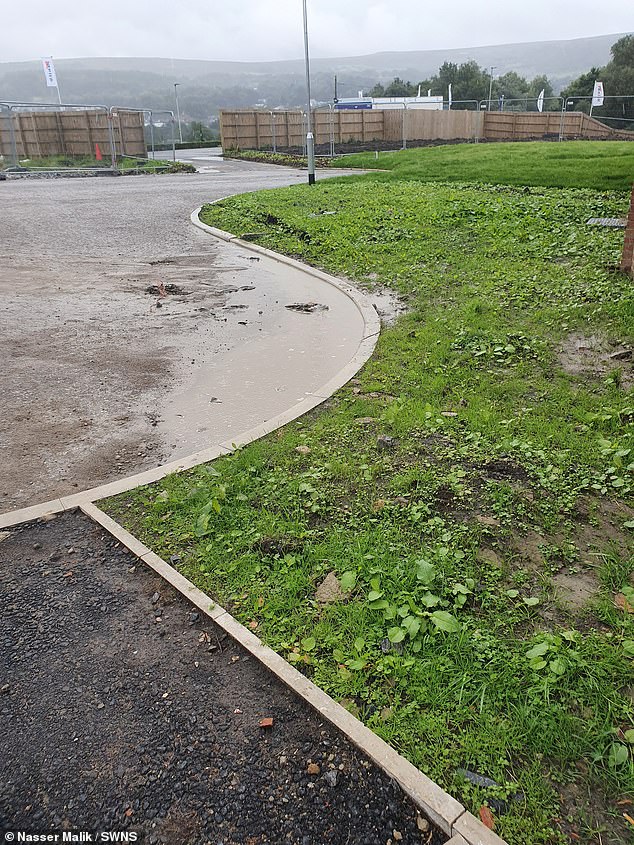 Stagnant water and rubble at the back of the property in Darwen, Lancashire

Kier have commented to defend their ‘excellent’ customer service, claiming Nasser and Zoe have been given adequate assistance and support.

The couple, who have children aged seven and eight, say they picked a plot overlooking what developers told them would be a small nature reserve.

After realising it hadn’t been built they were shocked when Kier allegedly erected a fence around their garden so they couldn’t see out at all.

Mr Malik said he wasn’t able to take Zoe away for their anniversary in January because he had used up all his holiday from work on staying home waiting for workmen. 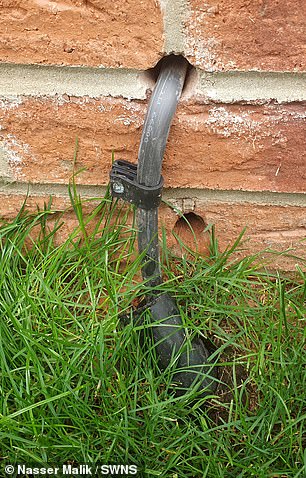 The dad-of-two added some of the things that were fixed have gone on to break again and that many issues are yet to be looked at at all.

He said: ‘On paper everything about the house is great, it looks nice and the location is perfect because it’s so close to our family.

‘If only it was built properly then it would be absolutely ideal.’

Following a series of complaints Mr Malik claims Kier paid him and Zoe, an operations manager, £8,000 as a ‘goodwill gesture’.

He said: ‘They gave us some money but that’s not what this is about, it’s about letting people know what’s been happening and getting answers. 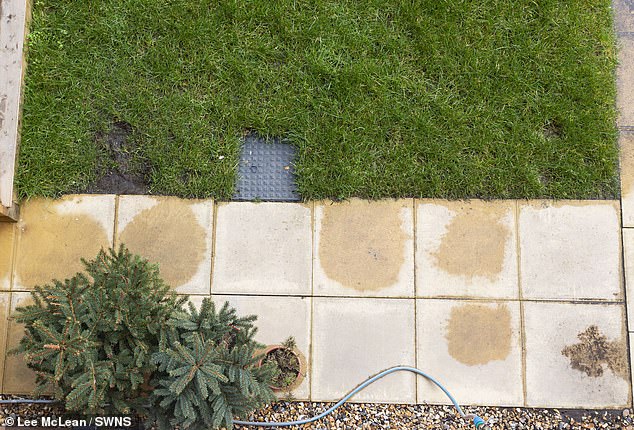 ‘They have been dragging their heels and we’ve had enough.’

A Kier spokesperson has defended the firm’s ‘excellent’ customer service.

They said: ‘We aim to deliver quality homes for all of our customers and on this occasion, we have fallen short of our usual high standards.

‘As a responsible house builder, we pride ourselves on offering excellent customer service and since Mr and Mrs Malik purchased their home, we have liaised with them extensively, listened and acted on all of their concerns and we will continue to do so.’ 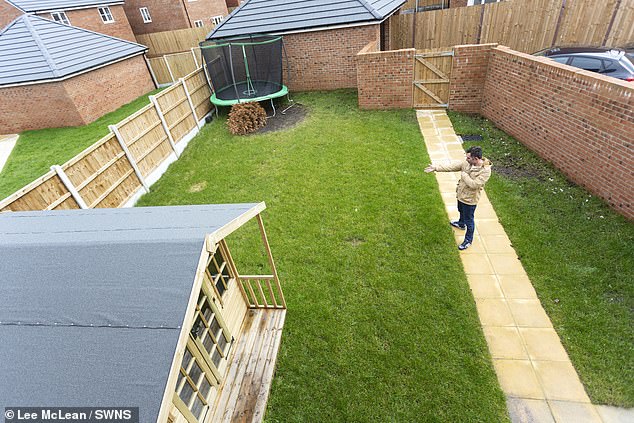 Kier have commented to defend their ‘excellent’ customer service, claiming Nasser (pictured above) and Zoe have been given adequate assistance and support

Tags: A, father-of-two, Furious, slams
You may also like
Celebrities News