A FURIOUS Asda shopper was fined £70 after parking for just 13 MINUTES outside a closed store.

The shopper – who asked not to be named – pulled up outside an Asda superstore in Wolstanton, Staffordshire, on a Sunday evening in the hope he'd be able to grab some last-minute groceries. 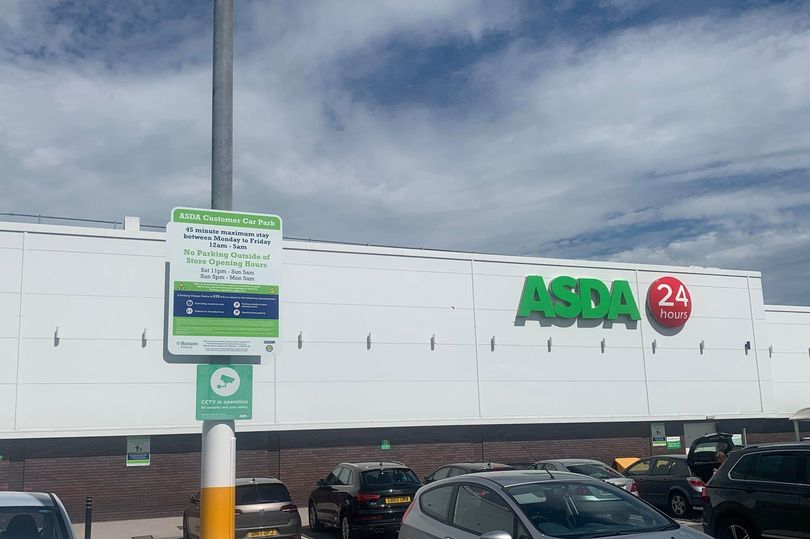 On discovering the store was closed, he got back in his car to Google an alternative supermarket that was still open.

Despite driving away just 13 minutes later, the man was slapped with a £70 parking fine – which he says the supermarket won't take back.

The retail park put night parking cut-off times in place to stop reckless drivers having races in their car parks after hours.

Parking in the area is banned from 5pm on Sunday evening to 5am on Sunday morning.

But there is supposed to be a 45 minute grace period to allow for quick stop-offs.

The man told Stoke-on-Trent Live: "I recently took a visit to Asda, like I always do, to buy some food, I parked up, prepared myself to go into the store and then realised it was closed as it was a Sunday.

"I got back to my car and had a Google of places that were open. I was there for a total of 13 minutes."

He added: "I have taken my fine into the store as I thought maybe they had made a mistake.

"A lady at the desk told me there is nothing they can do as I’m ‘only a customer and not a member of staff’ and that ‘parking up out of store hours results in an instant fine’.

"I was devastated. It’s so close to Christmas and I can’t afford to pay this fine.

The Sun has approached Asda and carpark operator Savills for comment.

It comes after a charity worker claimed she "felt sick" after being slapped with a £70 parking ticket for leaving her car in an Asda car park before it opened.

Mrs Elliott – who declined to give her first name – left her vehicle outside Asda Bexleyheath, Kent at 9.56am on Deceber 12.

She knew the car park was only free when the store is open – believing it to open its doors at 10am.

But as the Asda begins Sunday business at 11am, Elliott was given a hefty private parking fine.

An Asda spokesperson told us: "Customers can park at our Bexleyheath store free of charge for up to three hours whilst the store is open, including on Sundays.

"There is clear signage across the car park and we would like to thank the majority of our customers who use the car park responsibly."