Frail widow, 93, is knocked down by ‘out of control’ mobility scooter driver in Wilko store crash that ‘smashed her hip to pieces’ – as police launch hunt for suspect

Police are hunting an ‘out of control’ mobility scooter driver who knocked down a frail widow in a Wilko shop.

Pearl Carpenter, 93, suffered a fractured hip after another female pensioner crashed into her while she was shopping.

The suspect is said to have fled the scene while Mrs Carpenter was rushed to hospital by a member of staff after being warned they would have to wait eight hours for an ambulance.

Her son said that she underwent surgery, with medical staff fearing that she might not survive.

Dorset Police have now launched an investigation into the January 11 crash in Bournemouth. 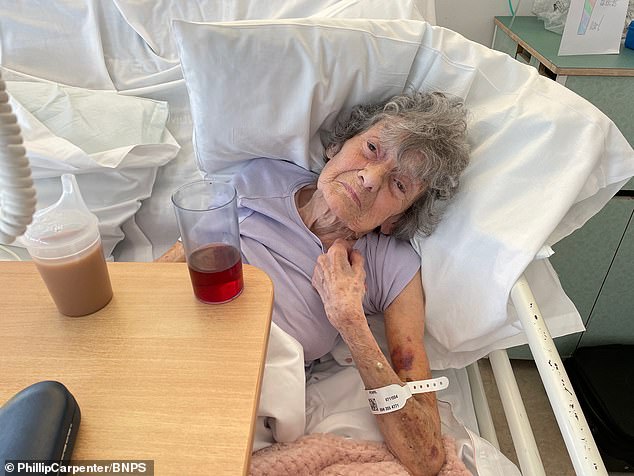 Pearl Carpenter, 93, was paying for her shopping in Bournemouth when she was knocked to the ground by the electric buggy 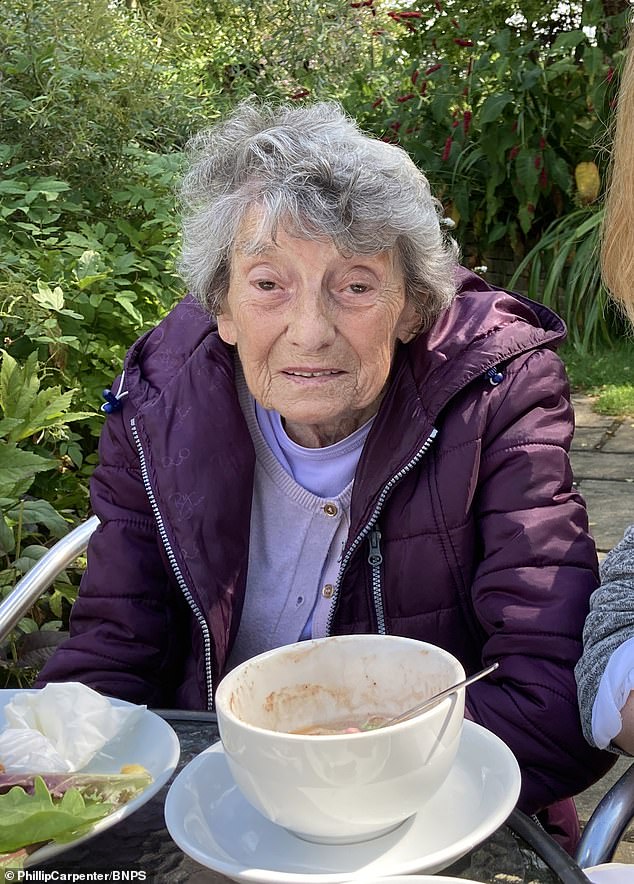 Mrs Carpenter’s son, Phil Carpenter, 61, said: ‘Mum took herself to the store, it’s one of her favourite shops and the bus takes her straight there. She is starting to get a bit frail in terms of mobility, but she’s very independent.

‘I was told that mum was just finishing at the checkouts when this mobility scooter ploughed into her. It was out of control.

‘She was transferred to Poole Hospital’s Trauma Unit – I don’t think they thought she would come through. She ended up having surgery on her hip and femur. It illustrates how dangerous mobility scooters can be.’

Mr Carpenter, a retired press photographer who lives in Lincolnshire, said the incident has had a devastating effect on his mother.

He said: ‘My mum used to love going out shopping on the buses and she won’t be able to do that any more.

‘It’s not just the life changing injuries she has sustained physically but the psychological impact it will have had too. 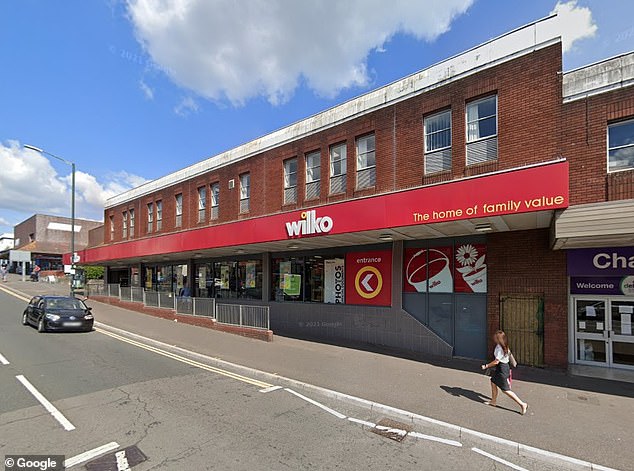 The incident took place at a Wilko shop in Bournemouth. Police have launched an investigation to trace the woman involved

‘I think this sort of incident happens more often than we know of, there needs to be more regulation of these vehicles.

‘I’m hoping that the CCTV will mean we can find the culprit.’

A spokesperson for Dorset Police said: ‘It is reported that on January 11, a mobility scooter collided with an elderly woman in Wilko in Wimborne Road in Bournemouth.

‘The woman sustained injuries and attended hospital for treatment.

‘Enquiries are ongoing into the incident. No arrests have been made.’

A Wilko spokesperson said: ‘We’re proud that our team members went the extra mile to support the shopper, offering transport to the nearest hospital when an ambulance wasn’t immediately available.

‘We wish the customer a speedy recovery and hope they feel better soon.’