Tourist boat called the Angy sinks near Galapagos Islands, leaving at least four dead, including a US citizen, as two people are still missing: Captain and assistant fled after being rescued

Four people are dead, including an American, after a tourist boat called the Angy capsized near the Galapagos Islands.

According to ABC News, officials said that 31 people were rescued after the boat sank and that two passengers are still missing.

Among those who did not survive included an American citizen, a Colombian, and an Ecuadorian, officials stated.

All three engines on the boat stopped working after the boat reportedly ran out of fuel in the middle of the water. 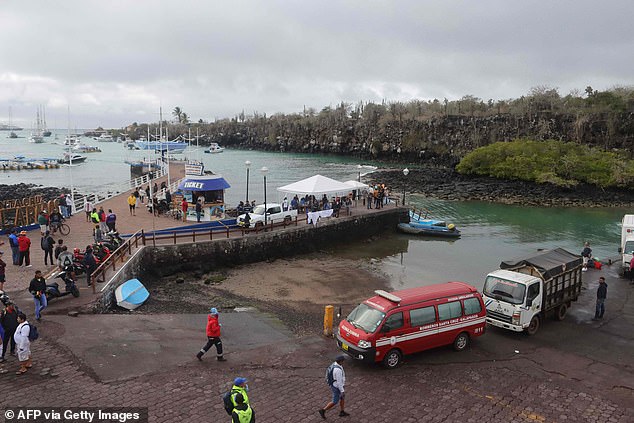 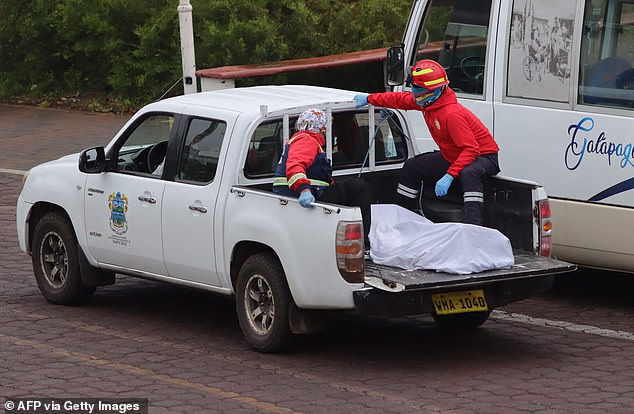 The boat then capsized near the coast of the Tortuga Bay.

Navy official Pablo Caicedo said during a press conference held after the accident that upon being rescued and brought to shore, the captain and the assistant fled the scene.

According to the Times of Israel, 37 passengers were on board when the boat began to sink.

Tourists had come from places all around the world, including Israel, Germany, Spain, the United States, and Switzerland. 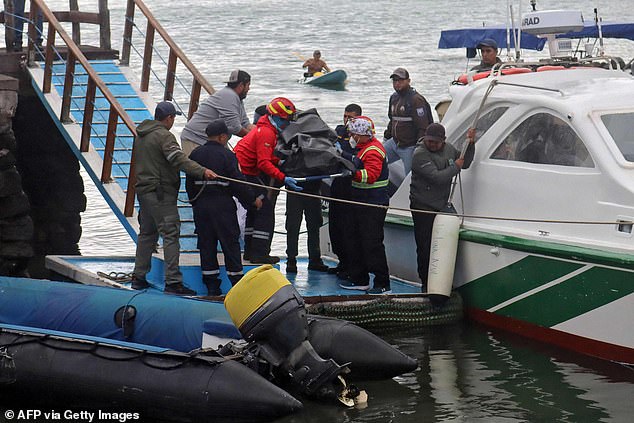 Of the nearly 40 people on board, ‘most’ were not wearing lifejackets, Santa Cruz port captain’s office said.

Caicedo said during the press conference that it was, however, the result of inaction from the captain and the crew that made the incident deadly.

Others mentioned that the boat could have exceeded capacity or that the weather may have been a factor. 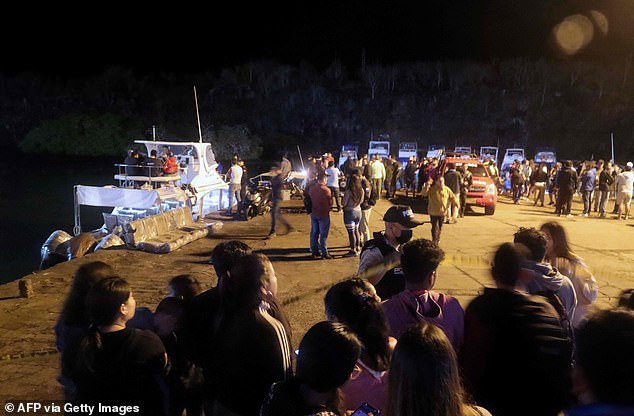 ‘Sea conditions were difficult yesterday, which could explain the accident,’ Angel Yanez, mayor of Santa Cruz island, which is part of the archipelago, told local media.

The names of those killed in the accident were not immediately released by officials.

Rescuers are still searching for the missing passengers at this time.

The islands are located roughly 600 miles off the coast of Ecuador and were made popular by the research done by Charles Darwin, who worked on his theory of evolution while studying island animals.