Thorning-Schmidt, who led the Danish social democrats and ran the country from 2011 to 2015, said the incident happened during a dinner at the French embassy in Copenhagen in either 2002 or 2003, long after d’Estaing left power.

‘I saw Giscard d’Estaing seated next to me and he grabbed my thigh under the table,’ she wrote in her new memoir, extracts of which have been published today.

‘It was completely crazy. I asked myself what was going on, I changed places and it was over.’ 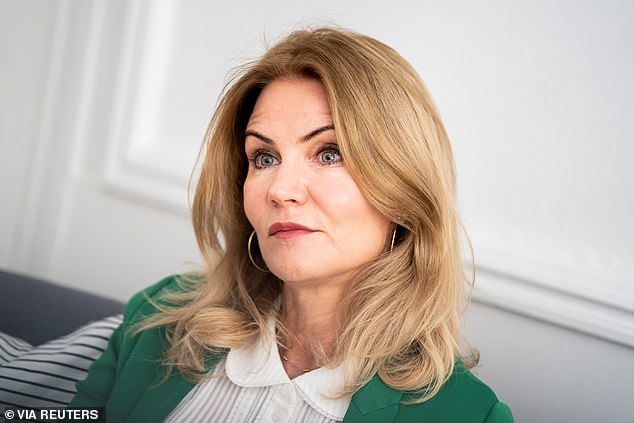 Helle Thorning-Schmidt, who led Demark between 2011 and 2015, said Valery Giscard d’Estaing groped her thigh under the table at a dinner in Copenhagen in either 2002 or 2003

At the time, Thorning-Schmidt was involved in the European Convention, created to draft a constitution for the EU and presided by the former French leader, who died in December last year.

‘These days that would have been seen as sexual harassment. It wasn’t like that back then. It was a different time, but I saw it as inappropriate, and the situation made me very angry,’ Thorning-Schmidt told the Danish Ritzau news agency.

She led the social democratic party from 2005-15 after a career in Brussels, and after leaving government ran aid group Save the Children from 2016-18.

Thorning-Schmidt’s new book follows in the footsteps of previous revelations of inappropriate behaviour that erupted under the banner of the #metoo movement.

Such speaking out about incidents of sexual harassment only really kicked off last year in Denmark.

‘We aren’t as egalitarian as we thought in Denmark. We let ourselves be lulled to sleep,’ Thorning-Schmidt told Ritzau.

Giscard had previously been accused of harassment by a German journalist with public broadcaster WDR, Ann-Kathrin Stracke.

In a complaint filed last year, she said he touched her behind three times during an interview at his Paris office. 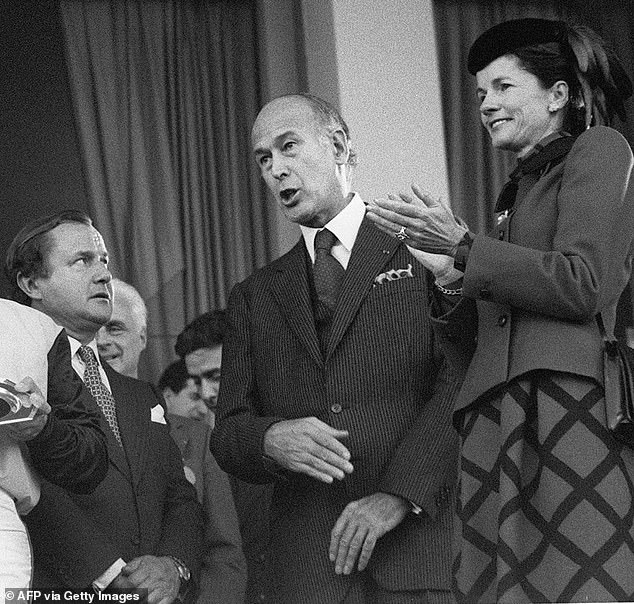 At the time of the alleged groping, D’Estaing (pictured in 1979 with wife Anne-Aymone) was presiding over a group drafting European Convention, which Thorning-Schmidt was part of