A former Brighton Secondary College student said he “didn’t feel safe” to be Jewish at the school and was no longer proud of who he was, a court heard on Thursday.

Matt Kaplan, 17, went from being dux of the school in year 7 to struggling to keep up and said he was spat at, kicked, called a “f—ing Jew”, told to get in an oven, faced swastikas and daily anti-Semitism including “Heil Hitlers” and Nazi salutes. 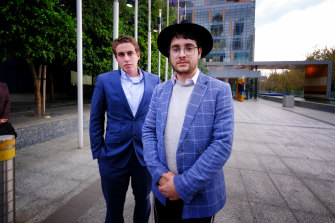 He is one of five Jewish students suing the state and Brighton Secondary College for negligence and failing to protect them from racial discrimination in the Federal Court of Australia.

Kaplan told the court his Polish grandfather’s four brothers were murdered in the Holocaust. His grandfather escaped to Russia, then to Israel where his father was born.

During his time at the school, from year 7 to year 10, he said he saw 80 to 130 swastikas and struggled to cope with the constant abuse.

“I’m going mental. It was really hard for me,” he said.

He said teachers were also a part of the problem. He told the court a teacher ordered him to remove a religious necklace, which had a Star of David on it, before entering the class and alleged another teacher made fun of another Jewish student’s name and told him in Hebrew, “your mother’s a whore/b—-” .

When he suggested former Israeli prime minister Benjamin Netanyahu for a project on famous leaders, his teacher told him he had to choose another leader, and said that it was Palestine and “you’re not Israeli, you’re Palestinian”.

“It made me feel ashamed of my identity as an Israeli student,” he said.

Kaplan said he repeatedly reported incidents to teachers and year level co-ordinators but, to his knowledge, nothing was done and in some cases, the bullying intensified. 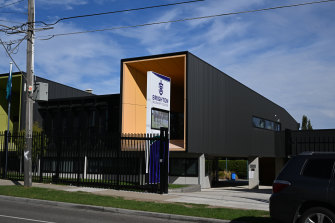 “I was scared to go to school, later on, it started to affect my learning,” he said.

Kaplan is now completing a certificate 4 in engineering and fabrication at Holmesglen TAFE after struggling to catch up on the lost learning he experienced at Brighton Secondary College.

“I don’t wear the Star of David anymore, I’m not proud to be Jewish, as I used to be. This is because of the incidents that happened to me,” he said.

Chris Young, QC, acting on behalf of the state, said that principal Richard Minack had investigated complaints raised by Kaplan’s mother, Janet Abedee, and also emailed her to ask for further information to investigate allegations made about staff and to help identify individuals involved in any alleged inappropriate behaviour.

Young said Abedee never responded to his email and in various meetings with teachers, didn’t bring up anti-Semitic bullying.

Abedee told the court her son was a “broken child” and that Minack’s email was “just words”.

“When someone lies to you, you have no faith in them, no faith in his leadership, honesty, credibility. He never apologised. Not one time.”