A Florida family has been indicted for selling bleach as a “miracle” cure for COVID-19 and other diseases, the Justice Department announced.

Mark Grenon, 62, peddled the deadly chemicals with his three sons – Jonathan, 34, Jordan, 26, and Joseph, 32 – as a “Miracle Mineral Solution” (MMS) for any number of ailments, prosecutors say.

They allegedly touted the “solution” as a cure for the coronavirus, not just to treat it but to even prevent infection. Sales of the “solution” generated more than $1 million for the Grenon family, according to the indictment. 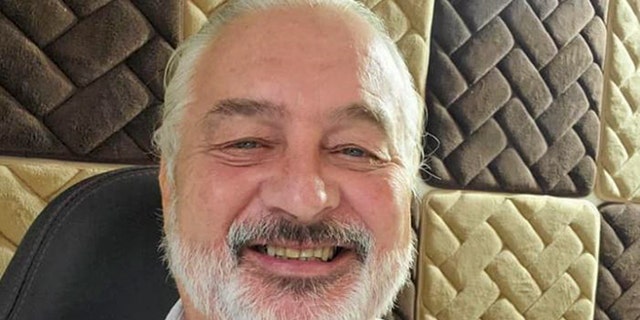 MMS is a chemical solution containing sodium chlorite and water which, after ingestion, became chlorine dioxide – a bleach used for industrial water treatment or textiles. The family manufactured and sold MMS without any note of the dangerous side-effects, such as severe vomiting, diarrhea and low blood pressure, the DOJ said.

The Grenons allegedly sold their cure under the guise of a religious entity called the Genesis II Church of Health and Healing. The Justice Department sought to halt sales of MMS as early as April 2020.

The Genesis II website lists the group as “a non-religious church.” The organization described itself as a “loose-knit organization” with a mission statement to “do good deeds” for the “health of all mankind.”

Leaders held titles of “bishop” or “archbishop,” but Mark Grenon repeatedly acknowledged that the church had “nothing to do with religion” and was mainly to avoid going to jail, authorities say.

“Making claims that unproven drugs, especially potentially dangerous and unapproved chlorine dioxide products, can cure or prevent COVID-19 or any other disease is unacceptable,” said Catherine Hermsen, assistant commissioner of the FDA’s Office of Criminal Investigations.

The family separately claimed that the “solution” could cure cancer, Alzheimer’s, diabetes, autism, herpes, HIV/AIDs and other serious conditions, according to the indictment.

A court order from a civil case mandated the family stop selling the chemicals in 2020, but the Grenons allegedly continued selling their “solution” in defiance of the order, the indictment states.

Each member of the family is charged with one count of conspiracy to commit fraud and two counts of criminal contempt. The Grenons would face up to life imprisonment if found guilty, DOJ said.

Bleach saw early use during the pandemic as a supposed cure for the coronavirus, with cases in Iran seeing thousands ingest chemical cleaners and die.

Tags: accused, Family, Florida, of, sell
You may also like
Celebrities News