An Australian foreign correspondent working in Afghanistan says she was detained by Taliban intelligence agents, forced to retract some of her articles, and coerced into making a public apology during what she described as three days of “cat-and-mouse” with regime authorities.

Lynne O’Donnell, who has reported on and off from Afghanistan for about two decades, left the country for neighbouring Pakistan on Wednesday after she was allegedly detained, abused, and threatened. She has vowed not to return to Afghanistan, which she said was descending into “a hellscape of terror”. 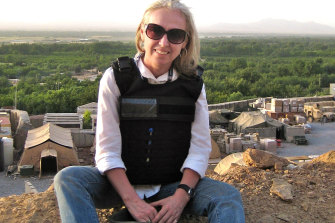 O’Donnell, who writes for Foreign Policy and other publications, said she was forced to retract several reports the Taliban claimed had broken their laws and offended Afghan culture. She had travelled to Kabul last Sunday for a week-long reporting trip.

“Tweet an apology or go to jail, said Taliban intelligence,” the journalist wrote on Twitter recounting the ordeal. “Whatever it takes: They dictated, I tweeted.”

O’Donnell said the men forced her to delete and edit the tweets and recorded a video of her denying she was being coerced into making the retraction. When she wrapped a scarf around her neck like a noose they made her repeat the take.

The retraction tweeted on Wednesday referenced a series of articles written by O’Donnell accusing Taliban commanders of forcefully marrying teenage girls and using them as sex slaves. The journalist said the agents also took an issue with her reporting about LGBTQ people and claimed there were “no gays” in the country.

“This was a premeditated attempt at character assassination and an affront to Afghan culture,” it read.

“These stories were written without any solid proof or basis, and without any effort to verify instances through on-site investigation or face-to-face meetings with alleged victims.”

O’Donnell said the Taliban had told her articles were “fantasies, lies and concocted” and based on sources that didn’t exist. If they were real, she was asked to hand over their names, as well as her notes, images and recordings.

Pulitzer-winning photographer Massoud Hossaini, who usually travels with O’Donnell to Afghanistan but stayed back in New Zealand on this occasion, remained in touch with her through an encrypted messaging app and followed her every step in Kabul using live geolocation tracking.

Also following her movements through the app were Australian diplomats.

In her first message after landing in Kabul on Sunday, O’Donnell told Hossaini it was “too early in the morning to tell what is really like yet” but the atmosphere was different. “There’s a kind of fear in the air,” she wrote.

O’Donnell told The Sydney Morning Herald and The Age the once-bustling streets of Kabul were quiet. Men queued outside building sites, desperate for a day’s work in exchange for a pittance, and the city’s roads were empty after the Taliban confiscated thousands of cars from everyday Afghans.

“There were no smiles,” she said. “Just incredible stress and tension”. 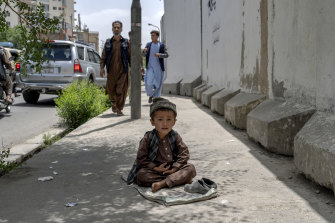 A child begs on a footpath in Kabul, Afghanistan, in May.Credit:AP

Hossaini said O’Donnell was picked up from her accommodation by intelligence officers on Tuesday and taken to an office inside the former headquarters of Afghanistan’s intelligence service.

“That made me so scared because I thought that they will kill her, or they will whip her because they did that to a lot of journalists, a lot of my friends,” he said.

There, they sat on stuffed chairs and the agents questioned O’Donnell about her reporting, told her to surrender her phone and accompany them to prison. They also offered her tea and water, which they claimed was proof of how well she was being treated.

“They accused me of being an agent. It was very Kafkaesque,” O’Donnell said. “I was kind of facetious because I found it to be a really rather ridiculous conversation.”

Hossaini said senior Taliban figures had previously told their supporters to kill him and O’Donnell over their reporting.

O’Donnell was freed after agreeing to publish the retraction and taken to a guesthouse. In a message to Hossaini the next morning, she wrote: “I’m OK and keeping a low profile until I’m out of the country”.

However, Hossaini said they didn’t breathe a sigh of relief until O’Donnell’s flight to Islamabad had taken off, worried the Taliban would storm the aircraft and arrest her.

A local man who drove O’Donnell around Kabul is yet to be accounted for and people she visited during her short stay were detained and interrogated after she left.

“[The Taliban] rule in this way, like a terrorist,” he said. “The main message that they want to put out is the same: We don’t let anybody talk and if anybody talks against us, we will punish them.”

O’Donnell said she would not be returning to Afghanistan under the Taliban, a decision shared by Afghanistan-born Hossaini.

“They know that they operate with impunity and the difference with me is that I got on a plane and left,” she said. “Afghans do not have that luxury.”

O’Donnell said local journalists were living in fear of being arbitrarily detained, beaten, and killed. Many had fled to Pakistan but faced the constant threat of deportation.

A United Nations report released on Wednesday found more than 170 journalists and media workers had been subject to human rights violations since the Taliban took control of the country last August. Most of those had been at the hands of the regime.

Six journalists were also killed in that period, five of them at the hands of Islamic State militants.

The Australian Department of Foreign Affairs and Trade confirmed officials had provided consular assistance to O’Donnell while she was in Afghanistan but could not provide further information on the case due to “privacy obligations”.