A DAD-OF-TWO was born with such a severe case of facial tumours that he no longer has a face and is going blind.

Latif Khatana, from Jammu in India, has suffered from Neurofibromatosis since birth – a condition that causes tumours to grow on nerve tissue. 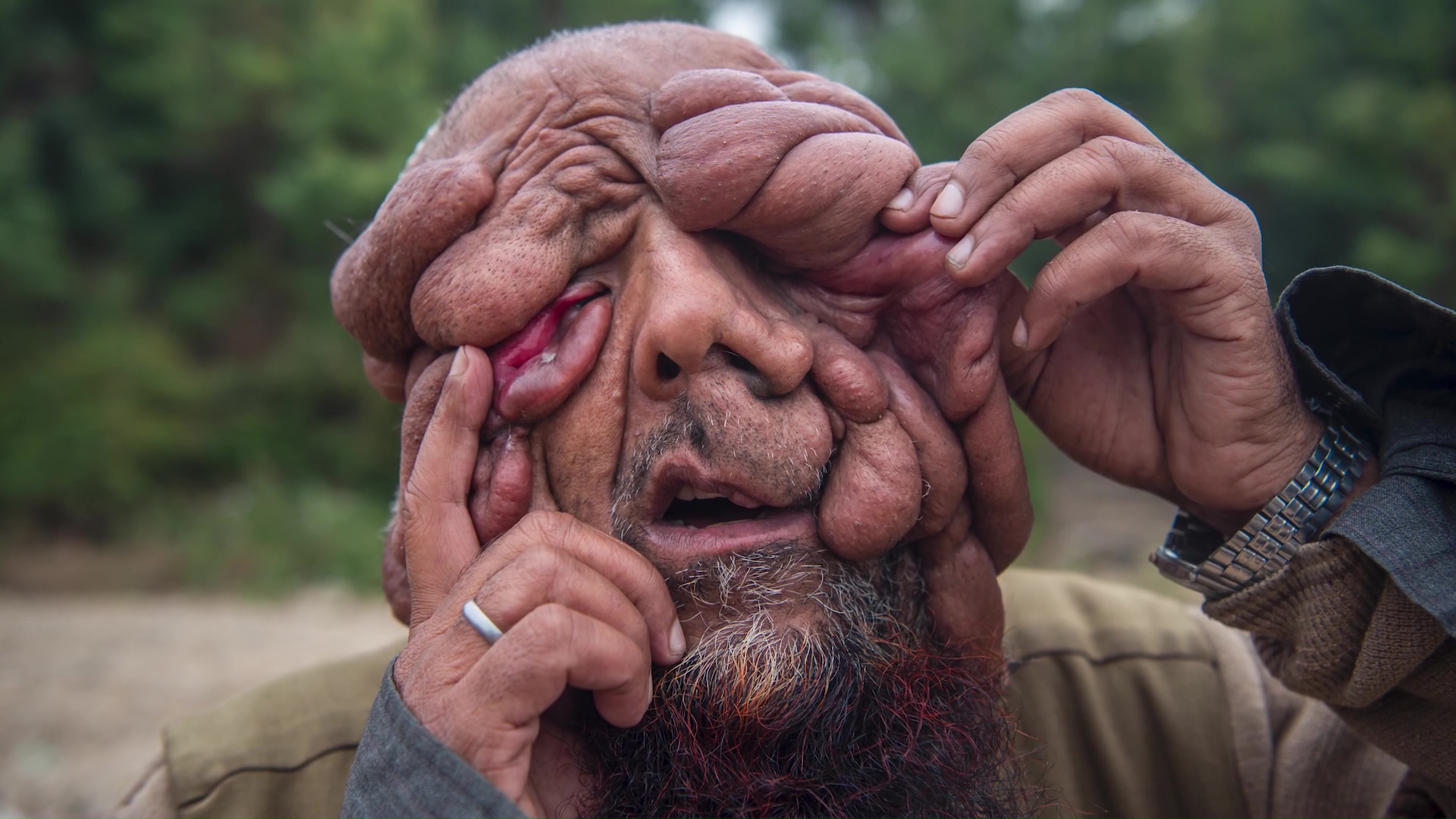 The 40-year-old has almost been shot by soldiers who thought he was a “wild beast” and abused by strangers – but he says he is ‘lucky’.

Although Mr Khatana's tumours grow all over his body, the largest ones are on his face and have grown in size over the years so they now cover his entire face.

With both his eyes covered by the large folds of skin, he has lost most of his eyesight.

But after suffering years of abuse for his condition, Mr Khatana is now a happily-married dad of two daughters.

My daughters give me courage and make my life happy

“It has been a good thing to be married as we can support each other,” he says, in a video interview with Truly media’s Born Different series.

“I am lucky to have daughters. They have become my hope and that is what gives me courage and makes my life happy.”

Positive-thinking Mr Khatana married his wife Salima in 2008 and the couple had their first daughter Ulfat – meaning ‘love’ in Urdu – in November 2012.

Salima also has a disability as she was born with only one foot, but their differences have made their relationship flourish.

The pair now have a second baby daughter, Riffat, and Mr Khatana has high hopes for their futures.

“When our first child was born, everyone was happy,” he explains.

“Both of us had disabilities but God gave us a healthy child. It was a joyous moment.”

Although he says “there is a fear they might also suffer from the same condition”, which “scares” him, Mr Khatana is hopeful they both have a bright future. 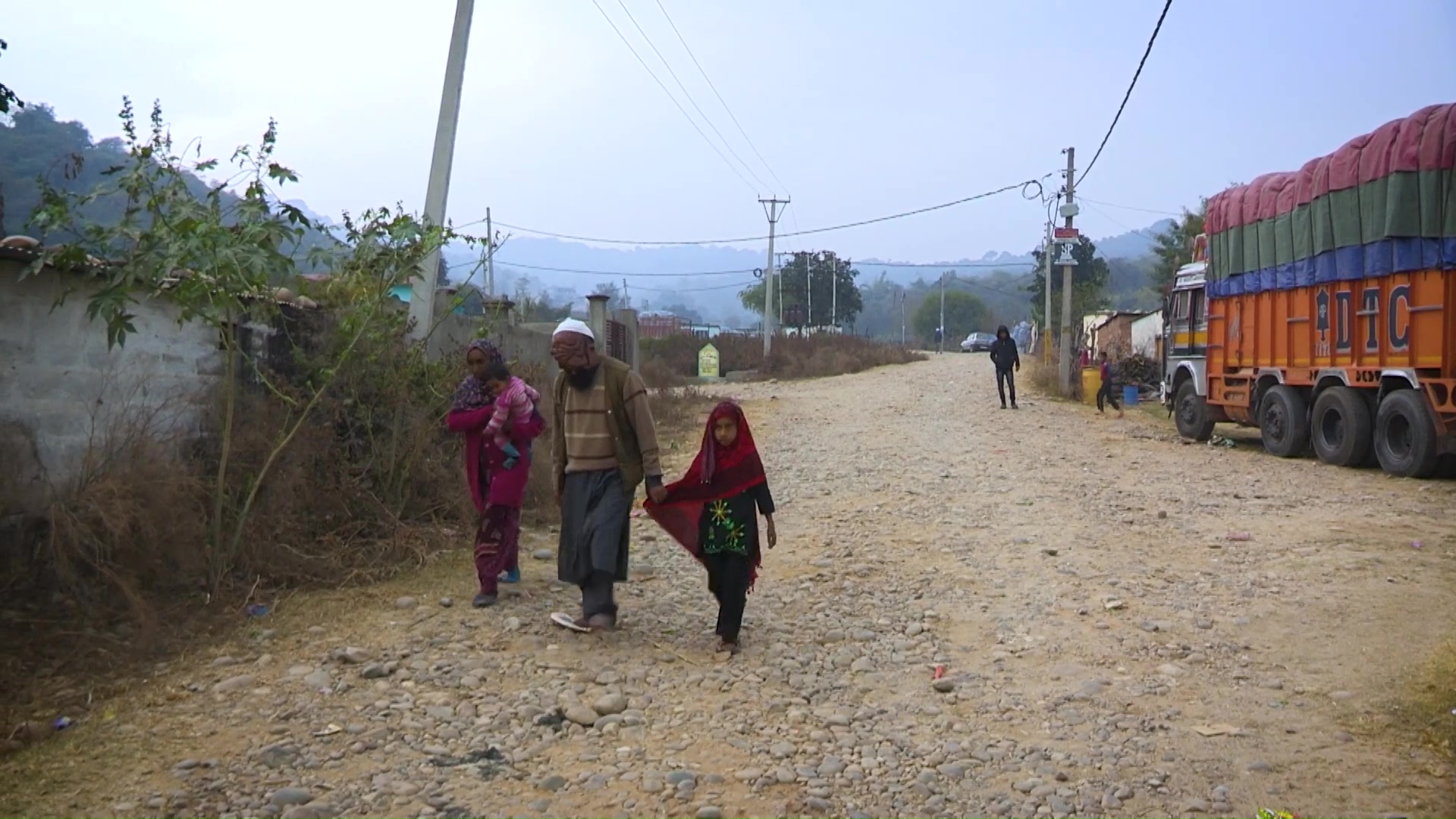 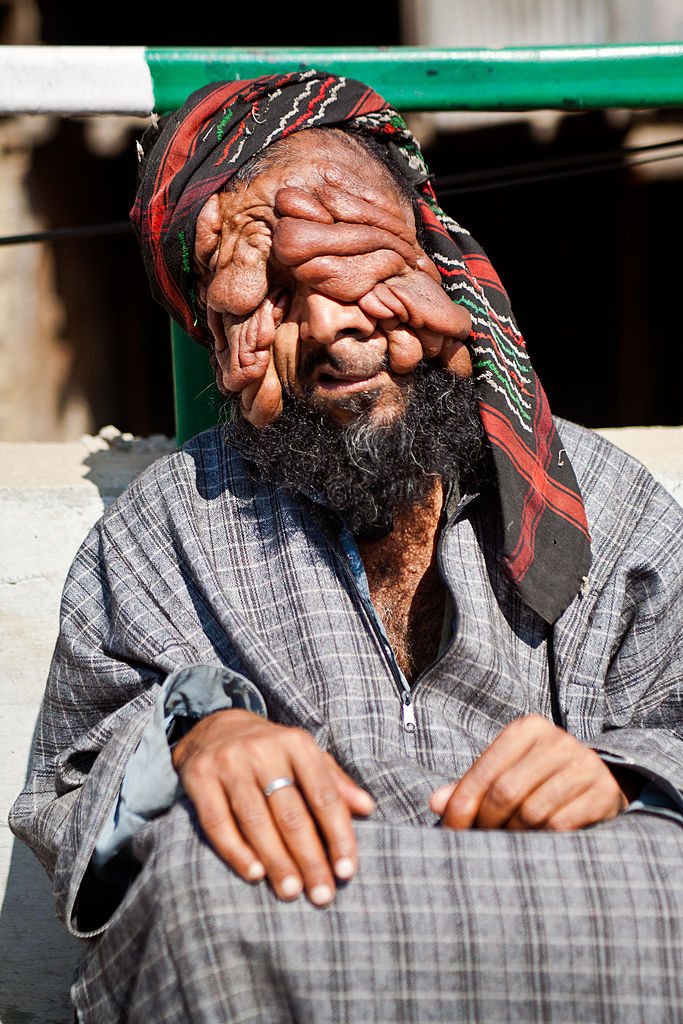 Life has not been plain sailing, and Mr Khatana has lost the sight in one eye and finds it hard to clean his face properly between the large folds of tumours.

He frequently has to tell people “not to be afraid of me because I am human just like them”.

On one occasion, he was almost shot by soldiers.

“I was returning home and there were some soldiers near the bridge and when they saw me they thought I was some kind of wild beast,” he remembers.

“They brought out their guns and aimed them at me. I shouted to them ‘I am human!’ and pleaded with them not to shoot me.”

Neurofibromatosis affects around one in 3,000 people and there is currently no known prevention or cure.

Neurofibromatosis is not a single medical disorder but refers to three different genetic disorders of the nervous system.

Mainly, these disorders affect the growth and development of nerve cell tissue.

There is no cure for neurofibromatosis but symptoms can be controlled

Earlier this year, Andriadri Putra, 34, had surgery to partially remove some of his facial tumours after suffering the same condition.

A pensioner in India was dubbed the ‘bubble wrap man’ for his neurofibroma tumours that cover his entire body, but there is no medical treatment available for him nearby.

Tags: facial, father, Horrific, Tu, with
You may also like
Celebrities News