ELON Musk is planning to send four members of the public on a SpaceX flight this week.

The four civilians will become Inspiration4 astronauts and are set to make history on September 15. 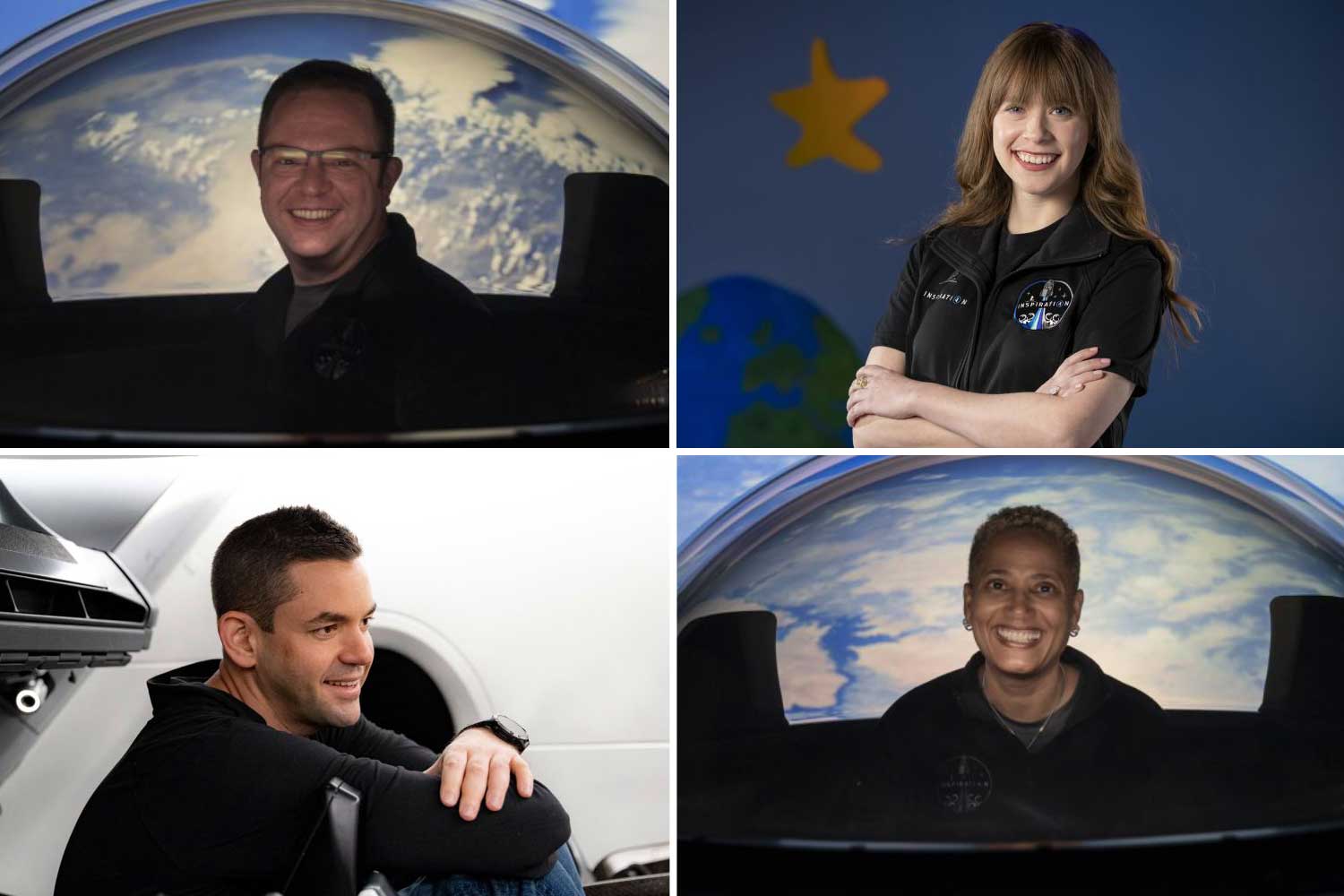 The lucky chosen ones will be on a SpaceX flight that aims to reach orbit this week.

It will be the first all-civilian space flight and the first privately financed civilian flight to Earth's orbit.

The group has been training together for six months.

They all come from a range of background and careers so we've rounded up some facts about each member people.

Hayley Arceneaux is 29 years old and a physician assistant at St. Jude Children's Research Hospital in the US.

She is the Hope seat and medical officer on the Inspiration4 mission and was specially chosen for the mission as an ambassador of St. Jude's.

She survived bone cancer as a child and has a prosthetic in her leg.

This means she wouldn't have qualified as a Nasa astronaut but is very excited fly into orbit with SpaceX.

Chris Sembroski is a 41-year-old data engineer that currently works at Lockheed Martin.

He served in the US armed forces and maintained Minuteman III intercontinental ballistic missiles and went to Iraq.

He is taking the Generosity seat on the Inspiration4 flight.

Sembroski's friend actually won this seat after taking part in a fundraising campaign for St. Jude's.

She'll be the first person from Guam to reach space.

Proctor will be in the Prosperity seat on Inspiration4 mission.

This seat could be won in a competition to set up an e-commerce shop on the Shift4Shop platform.

Jared Isaacman is a 38-year-old billionaire and founder and CEO of Shift4Shop Payments.

He bought his seat on the flight and the other three for his crew mates.

He'll be commanding the Inspiration4 flight, having garnered 6,000 hours of experience flying aircraft.

Isaacman is hoping to use the flight to raise $200 million to fight childhood cancer at the St. Jude Children's Research Hospital.

Find out more about science

Want to know more about the weird and wonderful world of science? From the Moon to the human body, we have you covered…

In other news, Elon Musk says SpaceX can put astronauts back on the Moon by 2024.

Musk is working on a Tesla robot that looks like a human – and will perform "boring or dangerous tasks".

And Nasa's Mars helicopter has been whizzing across the red planet.

Tags: Elon, four, Is, memb, Musk, sending
You may also like
Celebrities News