EXCLUSIVE: Duchess of Cambridge’s fashion designer Alice Temperley is at war with conservationists over plans to build a studio in the grounds of her Grade II listed £2m Cotwolds mansion 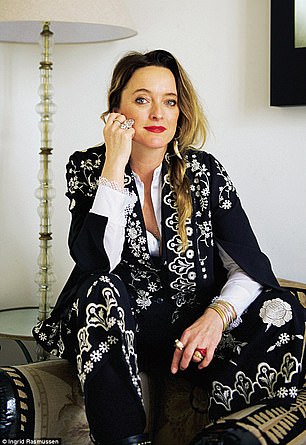 The Duchess of Cambridge’s favourite dress designer Alice Temperley, 45, (pictured) is in a dispute over plans to build a studio in the garden of her mansion in Somerset

The Duchess of Cambridge’s favourite dress designer has become embroiled in a dispute with England’s leading heritage organisation over plans to build a studio in the garden of her lavish £2 million Grade II listed home.

Alice Temperley, 45, has applied to her local council for planning permission for a building at the back of her stunning eight-bedroom Regency manor property in Somerset.

It will be composed of an office, workshop and design studio, measuring 26 feet by 78 feet and will also be used as an archive for Ms Temperley’s expensive dress collection.

As well as making dresses for the Duchess of Cambridge and her sister Pippa, the celebrity designer’s other notable clients include Scarlett Johansson, Emma Watson, Keira Knightley and a host of other ‘A’ listers. Many have also attended glitzy parties at the property.

In 2011, Ms Temperley received an MBE for services to the fashion industry. She founded her label in 2000 after graduating from the Royal College of Art, becoming an instant hit amongst the rich and famous with her dresses fetching up to £5,000. 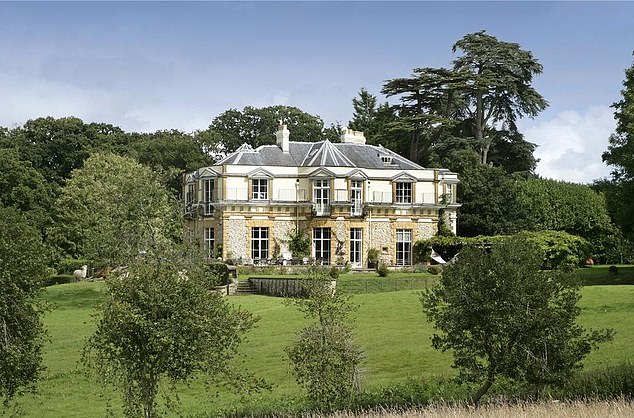 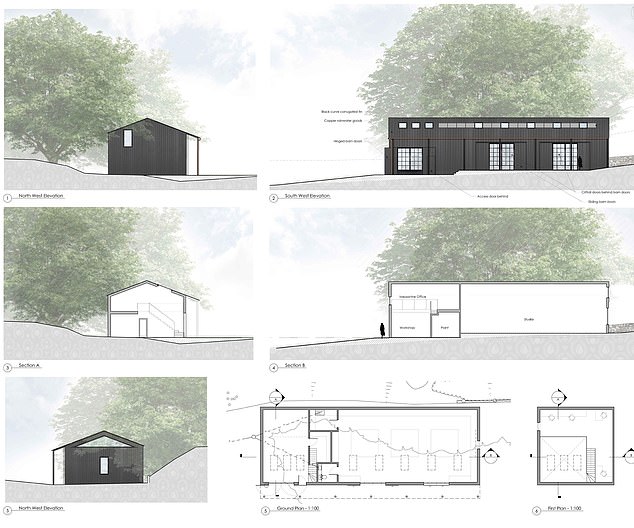 The proposed building will be composed of an office, workshop and design studio, measuring 26 feet by 78 feet and will also be used as an archive for Ms Temperley’s expensive dress collection (pictured)

As well as making dresses for the Duchess of Cambridge (left) and her sister Pippa, the celebrity designer Alice Temperley’s (right) other notable clients include Scarlett Johansson, Emma Watson, Keira Knightley and a host of other ‘A’ listers.

Her home is ranked among the top 8 per cent of all listed buildings in England and boasts a grand galleried hall, two reception rooms, a domed circular library, extensive cellars, castle ruins and a former bear pit set in five acres of woodland and paddock.

Ms Temperley purchased it in 2012 for £2.5million but after staying there during the lockdown she now plans to spend more time away from her London residence to focus on running her fashion label from Somerset, where she was born and raised.

But officials from Historic England, the Government appointed body that protects the nation’s historic buildings and monuments have slammed plans for the new studio, claiming that it is too large and will ruin the house’s historic garden.

They describe it as an ‘incongruous feature’ that under the current proposals will harm the ‘whimsical’ nature of the property.

A report last month by Rhiannon Rhys, Historic England’s Inspector of Historic Buildings and Areas stated: ‘Historic England has concerns regarding the application on heritage grounds.

‘These concerns relate to the erosion of and intrusion into the garden setting through the introduction of a large and incongruous structure out of keeping with its character, to provide office facilities for the owner.’

It added: ‘The current scale of the proposed development continues to form an incongruous feature within the garden setting of the grade II* listed building. The quantum of development being sought means it is not possible for this to be accommodated without causing harm.’

The report calls for a smaller studio to be built, either in a different location within the grounds or off site. 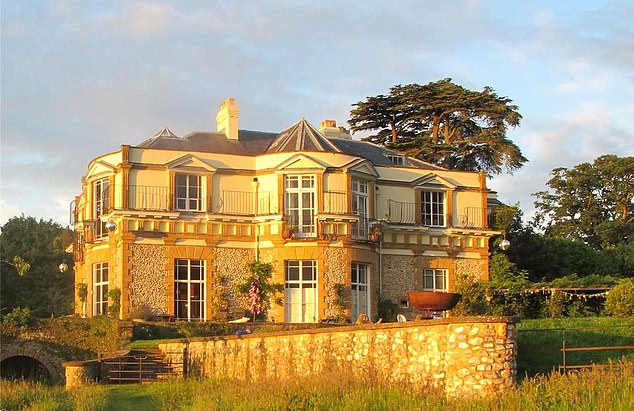 Ms Temperley’s home (pictured) is ranked among the top 8 per cent of all listed buildings in England and boasts a grand galleried hall, two reception rooms and a domed circular library

It continued: ‘Despite this, we do consider that it may be possible to accommodate a building on the current site, addressing the harm identified. However, steps will need to be taken to significantly reduce the size of the proposed unit.’

Her home dates back to the 1800s, was previously owned by notable British historian Count Nikolai Tolstoy and then later by former media baron Lord Beaverbrook, who reputedly made it available to Sir Winston Churchill for D Day planning operations.

Documents submitted to her local council on behalf of Ms Temperley reveal that the studio will be single storey with a mezzanine floor and will be made of materials that will ‘quickly take a rustic appeal’ so that they fit in with the surrounding natural landscape.

It will be set in a ‘natural bowl’ below the level of the house with the dress designer insisting that it will not interfere with views of the stunning countryside.

In a design statement, her planning agent said: ‘The clients live in Somerset and part work in London. Our client grew up nearby and is looking to move some of her work as a high quality and well-renowned fashion designer closer to her home. ‘The new studio will be used as a space for her to work, archive past pieces and invite publicity to showcase the area as a place for high-quality design.’

The planning application has been delayed due to the pandemic with a decision from the council expected later this year.

Tags: Cambridges, Duchess, Fa, of
You may also like
Celebrities News