AN ELDERLY driver faces five years behind bars after she knocked three people down as she reversed out of a garden centre car park.

Pauline Haynes, 87, ploughed into two women and a boy while manoeuvring her Mazda away from Broomfields Farm Shop and garden centre in Worcester. 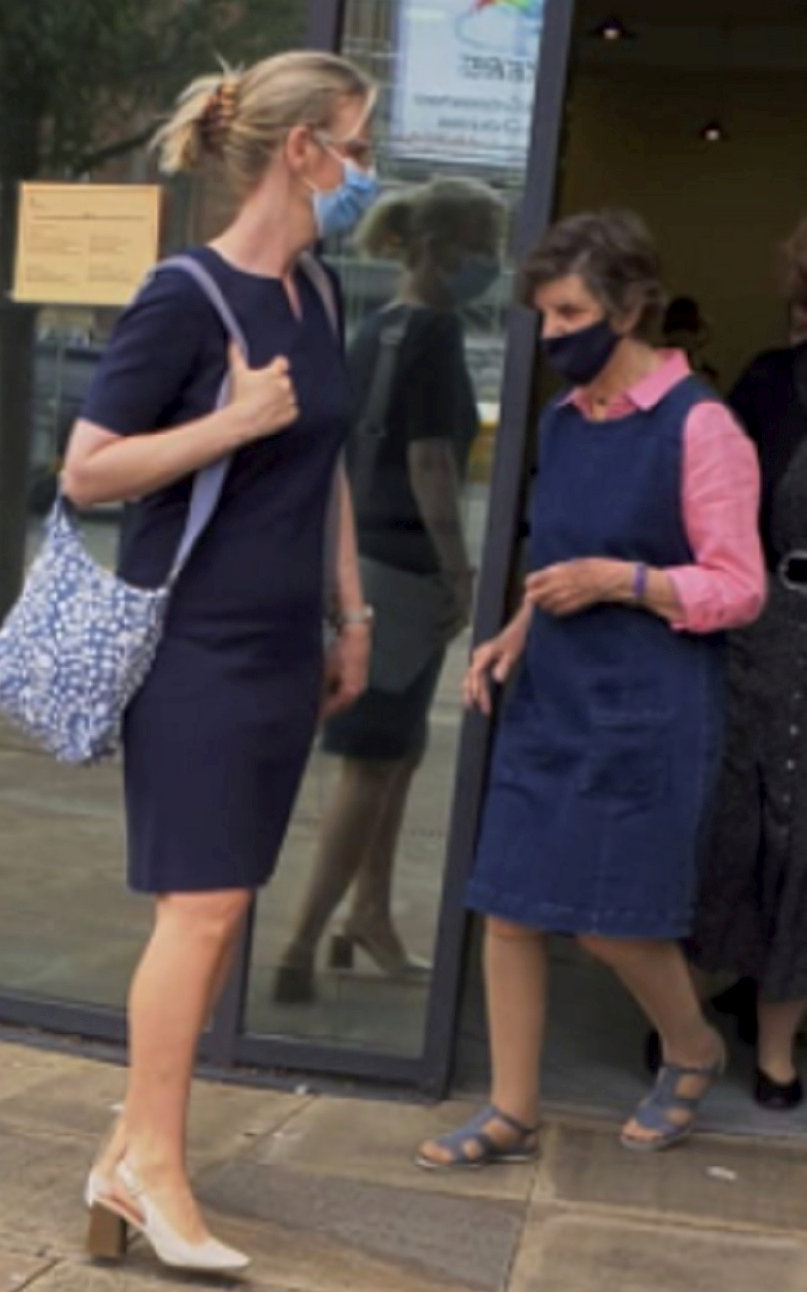 Mum Nicola Weir and her son were queuing for food when they were knocked down by Haynes as she crashed into several display tables.

Haynes then careered through an apple orchard, where she pinned another customer, Dawn Walters, to a tree.

Miss Walters was rushed to hospital following the crash last August but has been left unable to walk and is in constant pain.

Haynes admitted two counts of causing serious injury by dangerous driving when she appeared at Worcester Magistrates' Court on Thursday.

The court heard Haynes, of Worcester, was backing out of the parking space when she suddenly shot backwards.

Melanie Winterflood, prosecuting, said: "She reversed out of the parking space in order to reverse out of the garden centre.

"Unfortunately, as she reversed, she travelled at some speed backwards towards people stood outside the shop.

"One of those was Nicola Weir, she was waiting to be served food from a hatch.

"The vehicle collided with one of the display tables. That knocked Mrs Weir and her son to the ground.

"Her son didn't suffer any injury at all.

"She continued to reverse towards an orchard, and that was where second victim Miss Walters was.

"The vehicle was still reversing at speed and collided with Miss Walters, pinning her against a tree."

Miss Walters was airlifted to the Queen Elizabeth Hospital in Birmingham where she was treated for horrific injuries.

Miss Winterflood added: "Her injuries were significant. She can't walk, she will need a operation.

"She lives in constant pain, she can't carry out (daily) activities, and there are other injuries."

The court heard Haynes had already surrendered her licence and told magistrates "I'm not going to drive again".

Belinda Ariss, defending, said it was a "tragic accident".

Chairman of the magistrates bench, Kevin Lloyd-Wright, said: "Due to the nature of this offence and its consequences, and the age of the defendant we send to crown court for sentencing."

Haynes, who is facing a maximum five years in jail, was bailed and slapped with an interim driving ban before she is sentenced at Worcester Crown Court in July.

Tags: 87, b, Driver, faces, Five, years
You may also like
Celebrities News