THIS video shows the dramatic moment brave police officers forced a moped thief off his bike before pinning him against a fence with their car.

The incident happened on Saturday night in Derby and was filmed from one of the officer's dashcam. 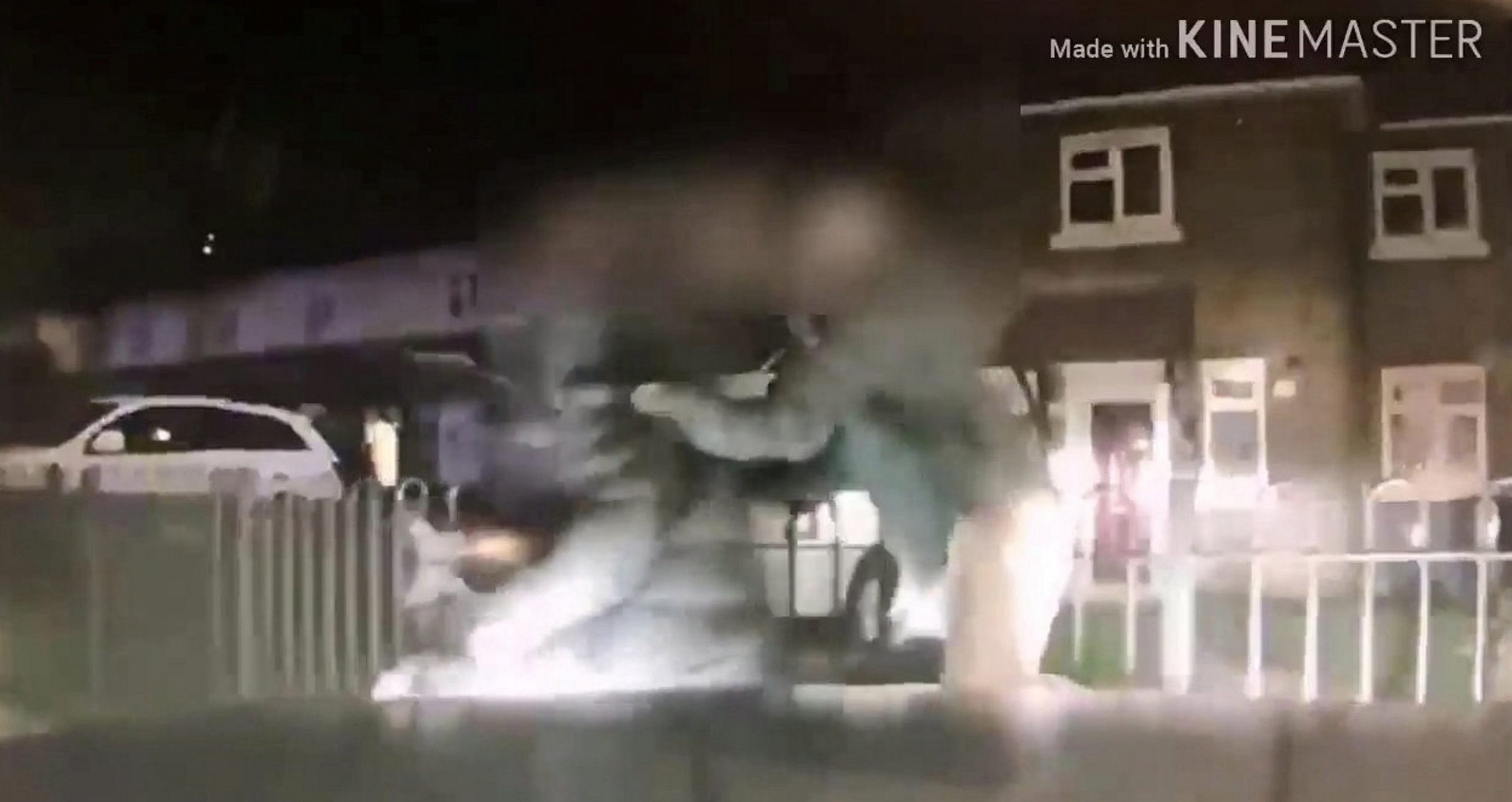 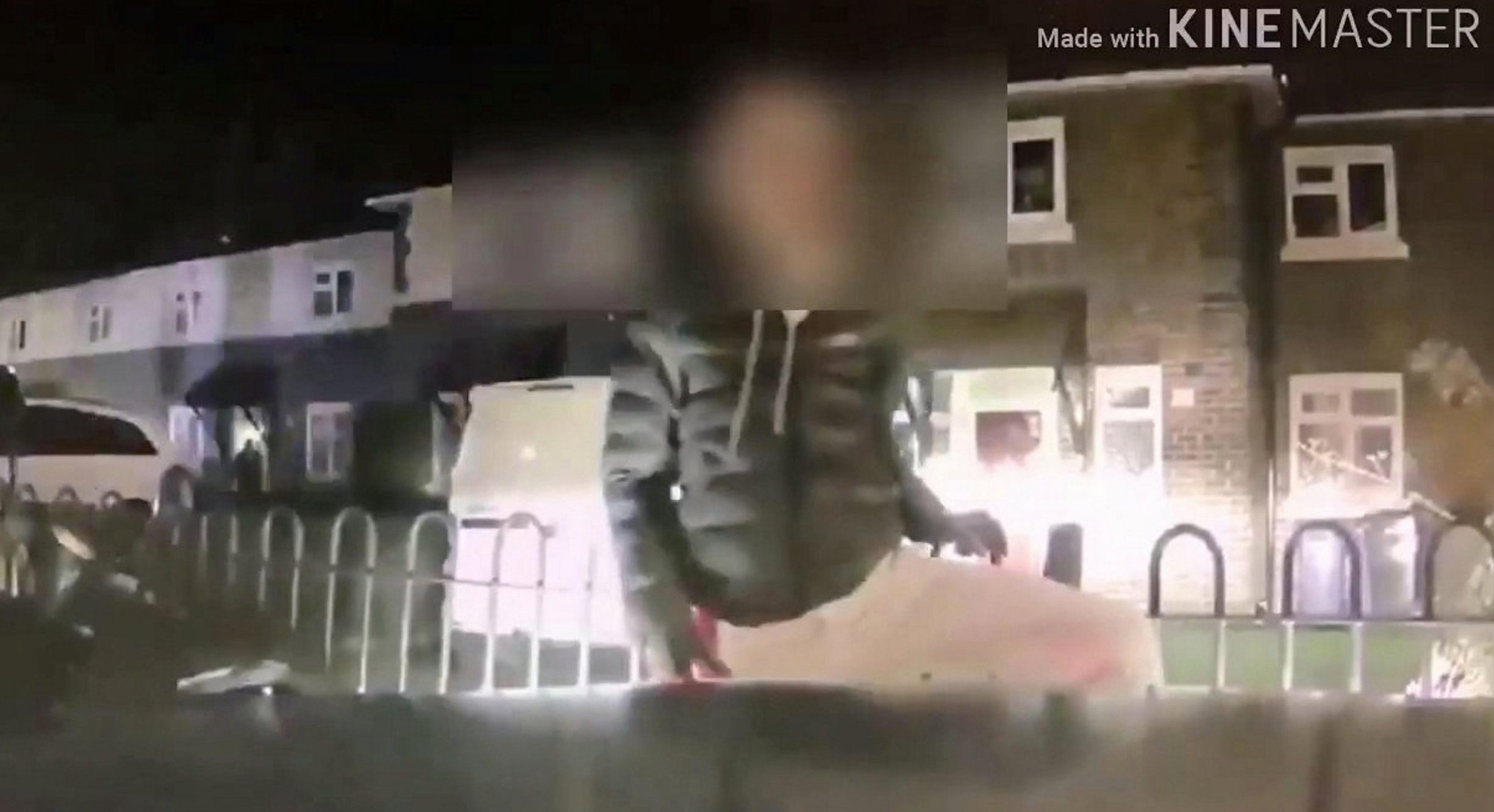 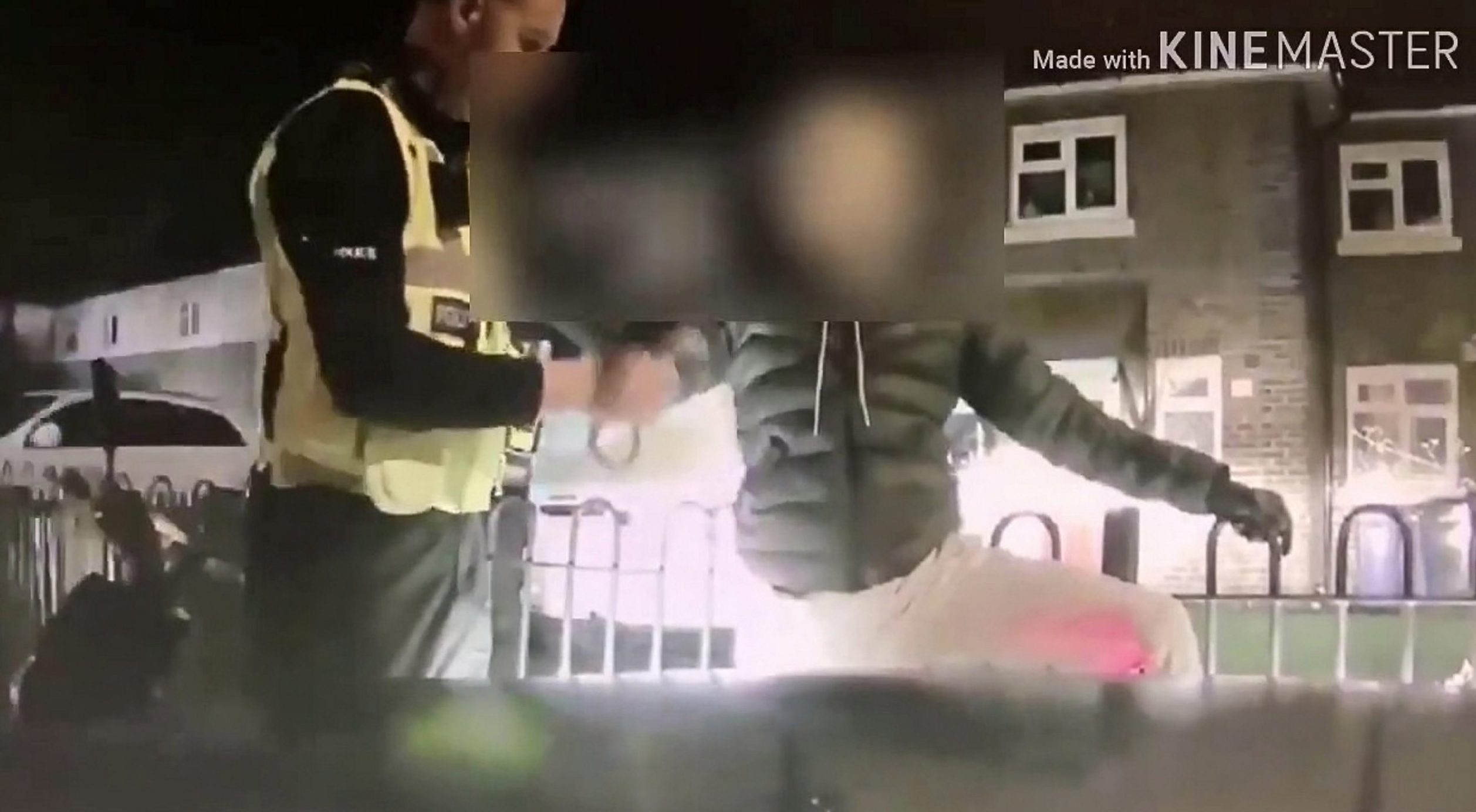 In the video, the officers trapped the moped thief against a fence with their vehicle – before one of them calmly walked over and handcuffed him.

They wrote: "Sinfin, Derby. Yes Sir, thank you for pointing out your foot is trapped.

"It's trapped because you and your mate were putting pedestrians in danger riding on the pavement and failing to stop for us.

"Both arrested with no injuries. Other criminality undoubtedly prevented."

In a follow-up tweet, the traffic unit said the moped was stolen and had since been returned to its owner.

The controversial technique of ramming moped thugs off the road – known as "tactical combat" – was introduced after a spike in moped crime.

Responding to the video, people spoke out in favour of the tough tactic.

Dustin Burton wrote on Facebook: "Well done guys. It's time to show the young scum that they are not above the law and you guys will use what ever is needed to catch them."

Another user wrote: "Absolutely brilliant guys. You have my full admiration and support."