THIS is the heart-stopping moment a cyclist was propelled through the air after smashing headfirst into a slow-moving car at a busy junction.

Shocked motorist Angela Johnstone, 54, who was sitting at traffic lights in Blackpool captured the collision on her dashcam. 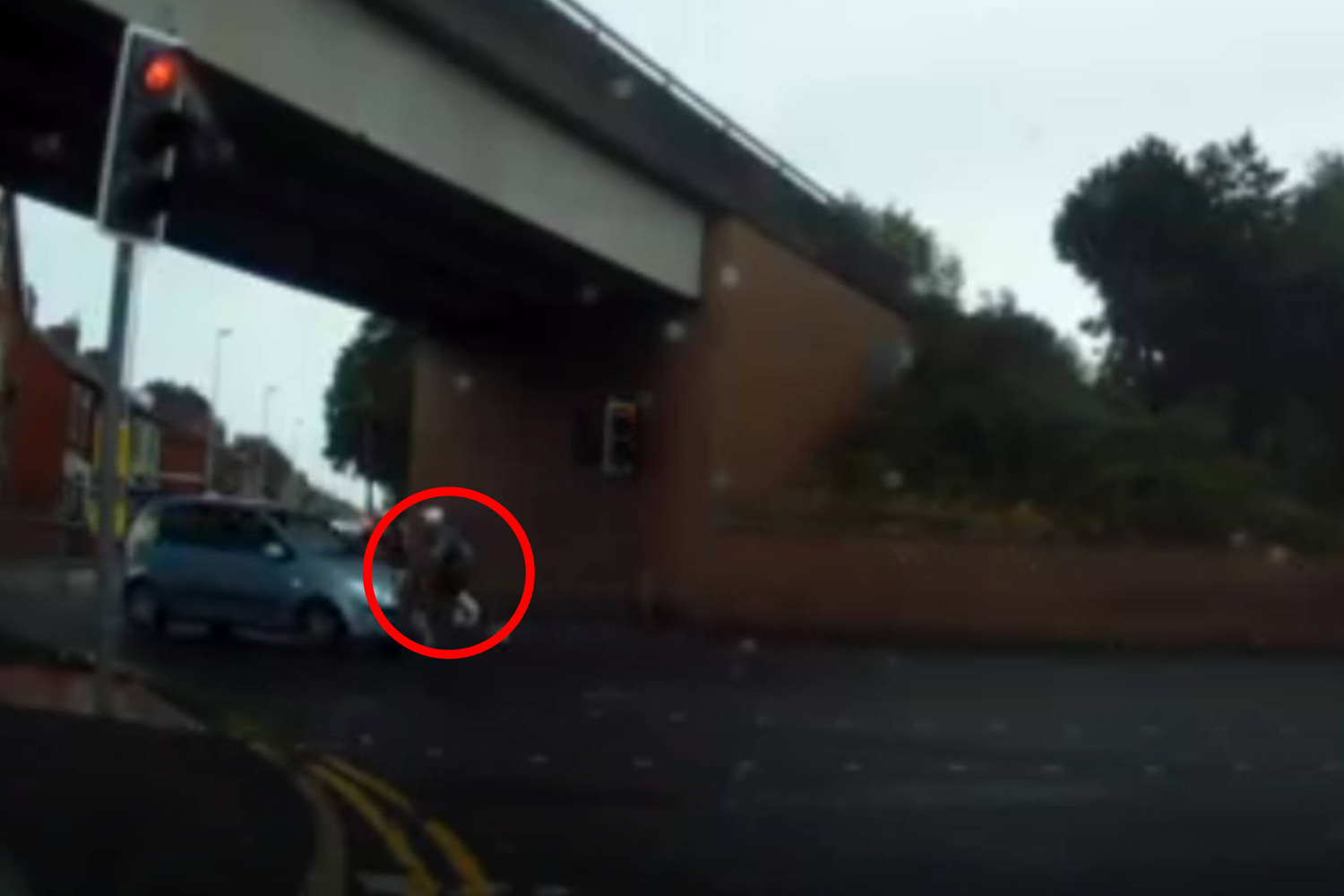 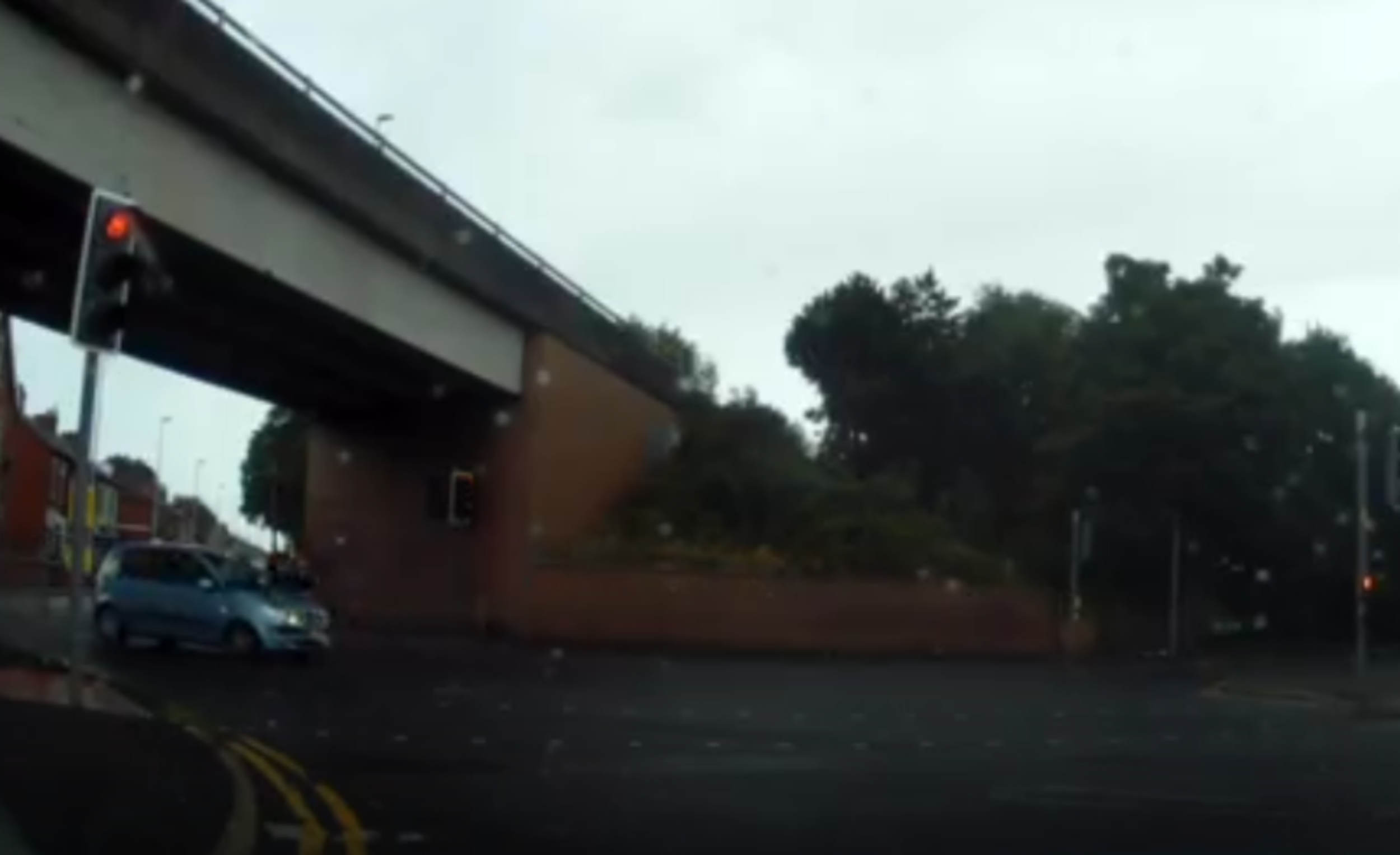 The cyclist, who is approaching from the right, can be seen cycling at speed downhill towards the oncoming traffic.

A blue car can be seen slowing down at the junction with its indicators on signalling that they wanted to turn left.

But at this moment the cyclist can be heard slamming on his brakes.

He then crashes headfirst into the front of the car.

The cyclist is thrown from his bike and then bouncing off the bonnet and crashing onto the ground.

The car's number plate falls off following the impact.

Ms Johnstone, who was visiting Blackpool on holiday at the time from Coatbridge, North Lanarkshire, can be heard yelling: "Oh my god!' as the incident unfolds."

She claims the motorist left the scene before the cops came after the cyclist allegedly said: "You should go away or I will f***ing punch you."

The caption reads: "This was my wife driving the car in Blackpool. When she came home she said she witnessed a hit and run as the driver, although stopped, then left the scene.

"She spoke to the police and the cyclist, information from the cyclists was he was doing 30mph at that point.

"I reminded my wife of my dashcam and let's just say I have a different point of view and on seeing it so does she."