Matt Hancock faced a backlash in his constituency last night as a Tory councillor asked party members to deselect the ‘selfish, egotistical’ MP.

‘His behaviour has been beyond the pale, his honour, integrity, probity and honesty, should he have had any, trashed beyond redemption,’ he said.

‘He has let every member of the public down, pontificating that they should all make huge sacrifices on the altar of the pandemic, whilst doing the complete opposite himself.’ 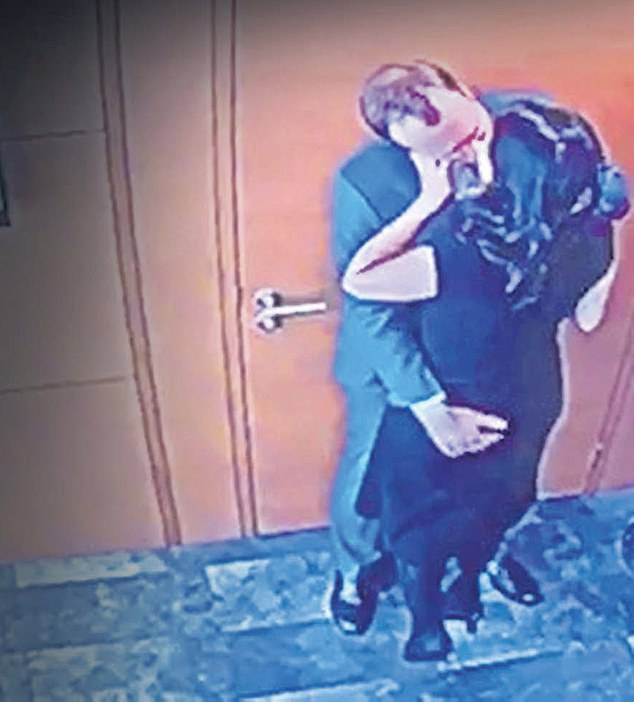 Mr Houlder, who sits on West Suffolk Council, also wrote to the MP, saying: ‘If you have a shred of integrity or honour you would resign without delay.’

The scandal, according to Mr Houlder’s email to the chair of the West Suffolk Conservative Association, shows Mr Hancock to be a ‘selfish, egotistical man’.

Meanwhile, Boris Johnson was forced to defend not sacking Mr Hancock, instead leaving him to resign on Saturday, the day after the scandal broke when leaked CCTV footage of the embrace on May 6 was published by The Sun. 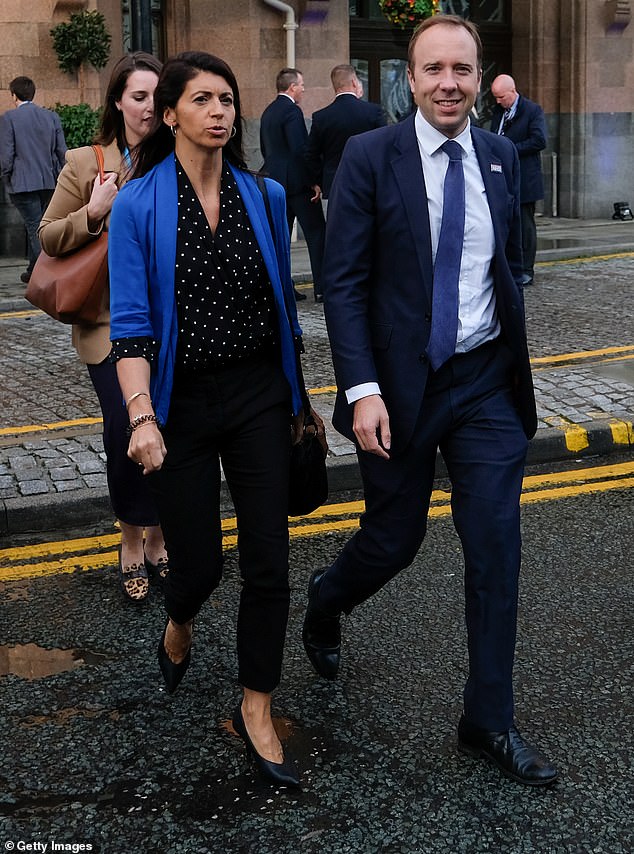 The scandal, according to Mr Houlder’s email to the Conservative Association, shows Mr Hancock to be a ‘selfish, egotistical man’. Pictured:  Matt Hancock with Gina Coladangelo

‘The Prime Minister was happy to keep a health secretary in place during the pandemic who he not only thought was absolutely hopeless, but he also knew had broken the rules and was in a relationship with somebody he was employing at taxpayers’ expense – it doesn’t sound like case closed to me,’ Sir Keir said.

Mr Johnson replied: ‘I read the story in common with you and everyone else on Friday and we had a new health secretary in place by Saturday, which I think that, given that we have a pandemic, I think to move from one health secretary to the next with that speed was fast.’

New Health Secretary Sajid Javid also made an apparent dig at his predecessor when asked on Twitter why he was not wearing an NHS badge like Mr Hancock always had pinned to his jacket.

‘It’s not about badges, but delivering for the NHS,’ Mr Javid responded.