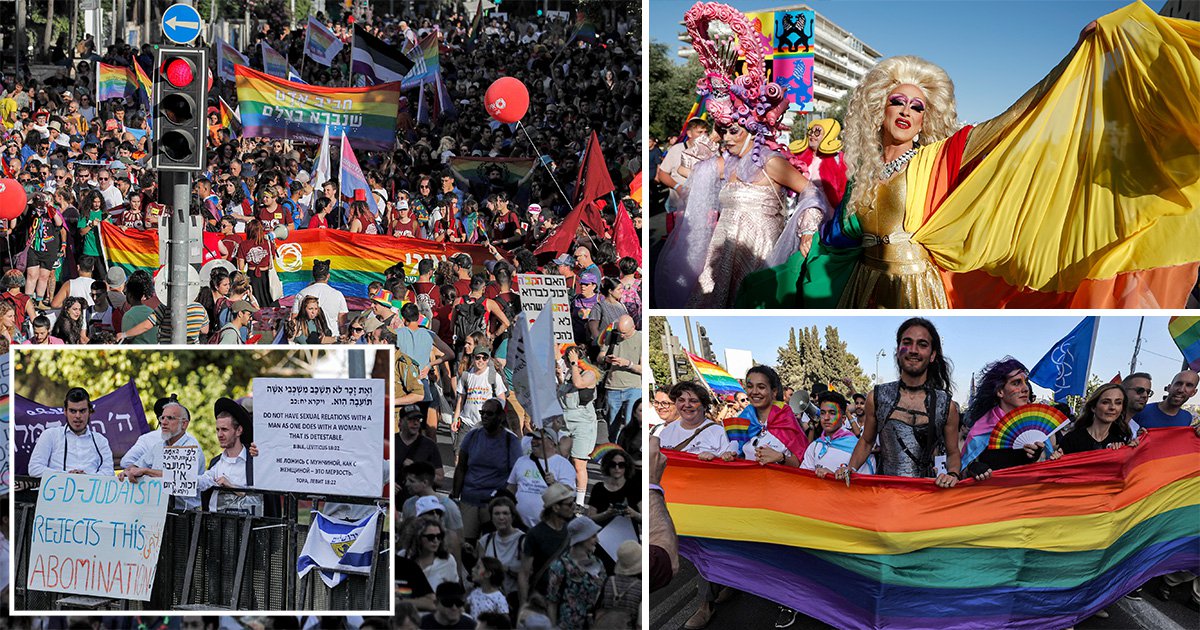 Thousands of people attended the annual Jerusalem Pride Parade in Israel – despite warnings of religious fanatics.

This year marks the 20th LGBT+ parade in the capital and the first since the pandemic.

But Israeli police were forced to interfere and arrest three people suspected of threatening the event. Two of them were found with batons, tear gas and gloves in their car.

Some 2,400 officers were deployed to protect the march following years of deadly violence.

Past Pride events have seen religious radicals attack revellers. Back in 2015, an Israeli man stabbed 16-year-old Shira Banki to death and wounded several others. He had recently been released for a similar ambush in 2005.

Police said they had identified and were monitoring some 180 people who could pose a threat.

Jerusalem is home to a large ultra-Orthodox Jewish community and several other conservative religious groups. Many residents oppose the parade.

Ahead of the march, an organiser and several pro-LGBT+ parliamentarians also faced death threats.

A disturbing message sent to Jerusalem Open House community director Emuna Klein Barnoy said: ‘We will not allow the Pride Parade to take place in Jerusalem. Jerusalem is the Holy City. Shira Banki’s fate awaits you.’

No other details were given but there was heightened police presence during the march.

Ms Barnoy said: ‘This post surprised me this morning and is definitely very disturbing.

‘On the other hand, it is an important reminder of the importance of the march in Jerusalem.

‘I believe that the real answer to this kind of incitement and threats is that everyone who supports freedom, equality and pluralism in the State of Israel will come to march with us tomorrow.

‘Our power as one large and powerful unit will make it clear in the clearest way that the LGBT-phobic cries that grate our ears belong to a marginal and extreme minority.’

This year marks 50 years of Pride, so it seems only fitting that Metro.co.uk goes above and beyond in our ongoing LGBTQ+ support, through a wealth of content that not only celebrates all things Pride, but also share stories, take time to reflect and raises awareness for the community this Pride Month.

And we’ve got some great names on board to help us, too. From a list of famous guest editors taking over the site for a week that includes Rob Rinder, Nicola Adams, Peter Tatchell, Kimberly Hart-Simpson, John Whaite, Anna Richardson and Dr Ranj, we’ll also have the likes Sir Ian McKellen and Drag Race stars The Vivienne, Lawrence Chaney and Tia Kofi offering their insights.

During Pride Month, which runs from 1 – 30 June, Metro.co.uk will also be supporting Kyiv Pride, a Ukrainian charity forced to work harder than ever to protect the rights of the LGBTQ+ community during times of conflict. To find out more about their work, and what you can do to support them, click here.