London: Police say one of the world’s biggest bunnies has been stolen from its home in central England.

Darius, a Continental Giant rabbit, disappeared from his enclosure in a backyard in the village of Stoulton over the weekend, the West Mercia Police force said. They did not elaborate on why they thought it was a theft instead of an escape.

The force appealed for any information about or sightings of Darius, who is grey-brown and 129 centimetres long at full stretch.

He holds the Guinness World Records citation for the world’s longest rabbit. Rabbits of his type are known to weigh about 7-9 kilograms. 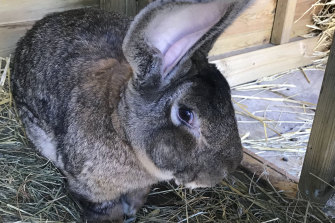 Owner Annette Edwards, a large-rabbit breeder and model, urged the culprit or culprits to return Darius to his home 160 kilometres north-west of London, saying it was a “very sad day”.

Tags: Darius, longest, Ra, the, World's
You may also like
Celebrities News