The number of prisoners in custody in Victoria has flatlined, raising questions about the state government’s $1.8 billion jail building and refurbishment program.

In December 2020 there were 7082 prisoners in Victorian jails, the lowest number since April 2017 when the prison population dropped to 7042. Prison numbers peaked in January 2019 with 8216 in custody. 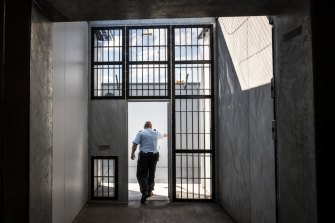 The Olearia Unit at Barwon Prison is the highest-security unit in Victoria.Credit:Jason South

The government’s pre-COVID projections envisaged prisoner numbers reaching 11,000 by 2023, and it has committed to building the Chisholm Road maximum security prison near Barwon Prison, which has capacity for more than 1200 inmates. The state is also expanding five jails, including a $134 million upgrade at Barwon.

Victorian Sentencing Advisory Council chair Arie Freiberg questioned the need for the Chisholm Road jail, asking “do we need this facility in the long term?”

“There are lots of other options than to build large, expensive prisons where the recidivism rate is 48 per cent,” said Professor Freiberg

“I am not in favour of endlessly building prisons.”

Professor Freiberg said a combination of jail sentences and community corrections orders can prove to be more effective.

Corrections Minister Natalie Hutchins said the decrease was due to a variety of factors including coronavirus restrictions.

“It is not possible to determine this is a long-term trend,” Ms Hutchins said.

“We’ll continue to invest in the infrastructure our corrections system needs to keep the community safe.”

The total number of offenders jailed or serving non-custody sentences (parole and community corrections orders) under Corrections Victoria has dropped 25 per cent in 2020, from about 20,400 in January to 15,500 in December.

Professor Don Weatherburn, the former director of the NSW Bureau of Crime Statistics, and co-author of the book The Vanishing Criminal, said the nationwide trend to build new prisons has come after most crime categories peaked and that governments are building more jails for fewer offenders.

“It is a cheap political response to a serious problem,” Professor Weatherburn said.

The Australian Bureau of Statistics on Thursday released figures for 2019-20 that show the national number of recorded offenders was the lowest since the data first began being gathered in 2008–09. 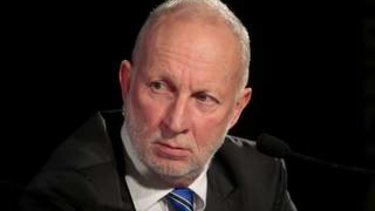 The number of offenders dropped 5 per cent on the previous year, but the number of Aboriginal and Torres Strait Islander offenders increased five per cent, according to the ABS.

“Tougher penalties don’t work because most people don’t commit crime and those who do think they won’t be caught,” Professor Weatherburn said.

Victoria has embarked on a massive prison expansion just as many other countries are moving to non-custodial options for offenders.

Last year in Victoria there were 551,710 offences recorded, a jump of more than 20,000 on the previous year. But that included more than 32,000 COVID-19-related charges such as refusing to wear a mask.

However, excluding those 32,713 offences, the crime rate for 2020 was the lowest in three years.

The state government-ordered COVID-19 lockdown led to a drop in public order offences (about 30,000 crimes detected), the lowest in more than 10 years.

Drug use and possession offences have nearly tripled over the past 10 years (from 11,000 to 32,000) and breaches of court orders have quadrupled. Professor Weatherburn said that if police concentrate on certain types of crime, it could create a spike in reported offences.

“When police go looking for it, the crime rate goes up. It doesn’t mean more crimes are being committed.”

The number of recorded violent crimes, such as assault and sex offences, also continued to rise in Victoria.

Professor Weatherburn said assaults in Victoria had traditionally been under-reported because police had only recorded an incident if the victim was prepared to assist a prosecution. Now each known case is included.

“Victoria is just catching up to the rest of the country.”

A 2009 Ombudsman investigation found the then method of police recording crime had led to under-reporting of offences such as assault. Crime figures are now collated by the independent Crime Statistics Agency.

One in five offences in Victoria are flagged as family incidents and more than half the assaults are family-related.