Vaccinations could be offered to schoolchildren aged between 12 and 15 as early as August according to Downing Street sources, as Health Secretary Matt Hancock warns of a surge in Covid-19 cases in schoolchildren.

Government sources have said that modelling shows an inoculation programme for 12 to 15-year-olds could begin as early as August or September.

The Joint Committee on Vaccination and Immunisation will provide a judgement on whether or not the jab can be provided to the young teenagers, with ministers expected to make a final decision based on this advice.

The news comes amid growing fears from ministers as Health Secretary Matt Hancock warned a ‘huge proportion’ of the latest Covid cases are in schoolchildren.

Earlier this week, Britain’s Medicines and Healthcare products Regulatory Agency approved the use of the Pfizer shot in children aged between 12-15. 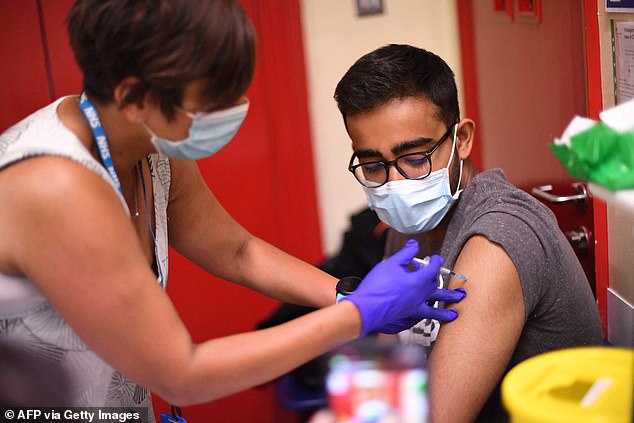 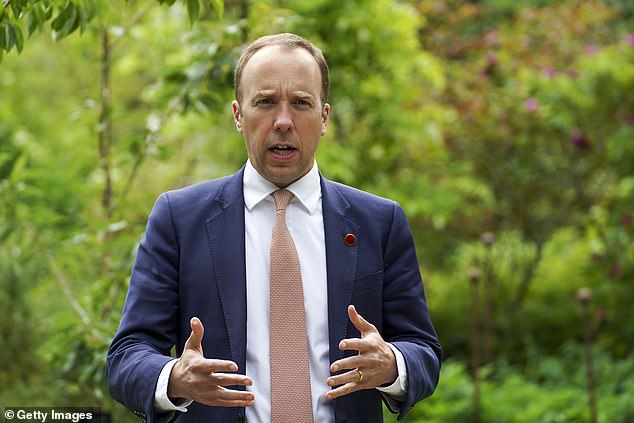 A government source confirmed to the Sunday Telegraph that using current modelling figures, the nation would be ‘ready’ to start jabbing 12 to 15-year-olds by late August or early September.

Writing in the Telegraph today, Mr Hancock warned that case numbers are higher in schoolchildren, and that the Delta variant now makes up the majority of the UK’s cases.

He wrote: ‘The delta variant, first identified in India, is more transmissible and now makes up the majority of new Covid-19 cases in this country.

‘We have to show the same spirit that has taken us this far and keep doing our bit.

‘That means keeping up the basics – like hands, face, space and fresh air – and getting regular tests.

‘A huge proportion of the latest cases are in children, so it’s especially important all secondary school age children take a test today before going back from half term tomorrow and isolate if positive.’ 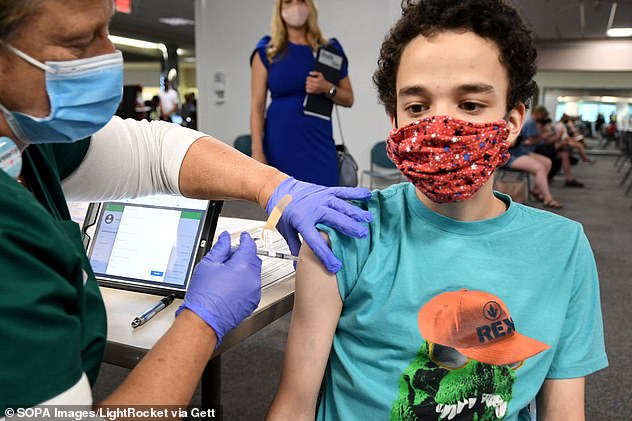 The UK’s vaccine regulator today gave the green light for the Pfizer jab to be given to 12 to 15-year-olds (Pictured: A teenager is given the jab in Florida, US)

Pressure to vaccinate children in the UK could build up in the coming months as it emerges the now-dominant Indian variant is spreading quickly among them and may be more likely to make them sick.

On Friday the UK recorded its highest number of new confirmed coronavirus cases – 6,238 – since late March, according to official figures. Saturday’s figure was down slightly at 5,765 lab-confirmed cases.

Ministers might be forced to give youngsters a jab if they want to keep the super-infectious strain under control.

On Friday, the UK’s medicines regulator ruled the Pfizer Covid vaccine is safe and effective for children aged 12 to 15.

Dr June Raine, chief of the Medicines and Healthcare products Regulatory Agency (MHRA) said: ‘We have carefully reviewed clinical trial data in children aged 12 to 15 years and have concluded that the Pfizer/BioNTech Covid-19 vaccine is safe and effective in this age group and that the benefits of this vaccine outweigh any risk.’

She added: ‘No extension to an authorisation would be approved unless the expected standards of safety, quality and effectiveness have been met.’

Pfizer’s clinical trial of around 2,000 teenagers found nobody given two doses tested positive for coronavirus, compared to 16 who were unvaccinated. The jab appears to work just as well as it does in adults, health chiefs said.

The decision comes at a pivotal time in Britain’s outbreak as cases are back on the rise and there are fears the new Indian ‘Delta’ variant is going to spark a third wave.

Children’s role in fuelling the next surge is unlikely but they will have some of the highest infection rates because they aren’t vaccinated, which will allow the virus to keep circulating and increase the risk of spillover into high-risk older people. 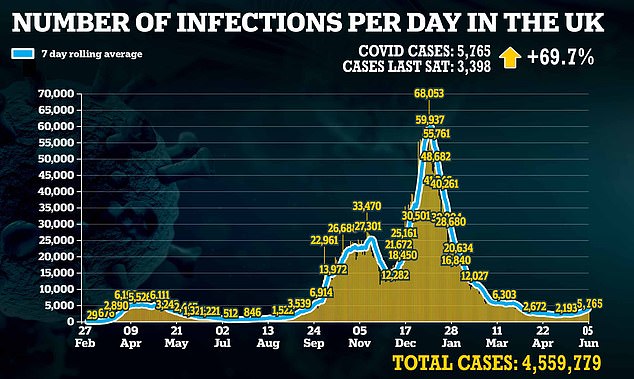 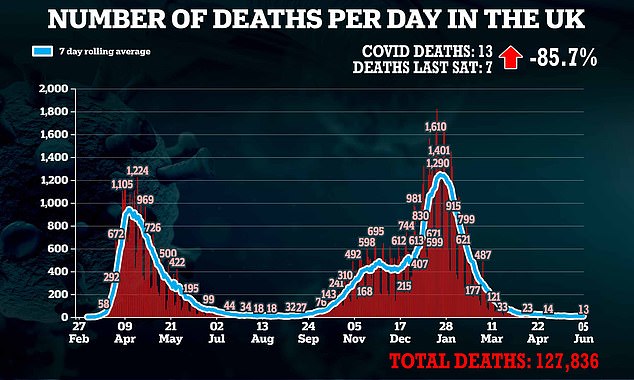 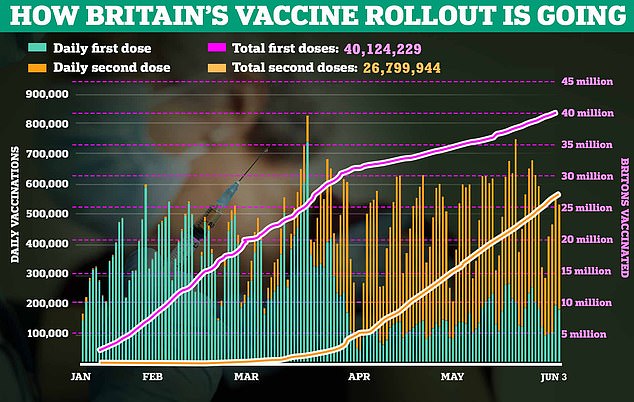 The decision on whether to vaccinate children could fall to Boris Johnson and his government ministers, instead of health chiefs and scientists, because it is ethically complicated.

The Joint Committee on Vaccination and Immunisation (JCVI) is expected to ‘come up with a menu of options’ for the Prime Minister but not to offer a definitive recommendation on jabs for those under the age of 18.

Children aren’t yet given vaccines because their risk of getting serious Covid is so tiny and their immunity would likely only protect older adults, making it a complex issue – vaccinating against measles, for example, directly protects the child so is more clear-cut.

Ministers will be forced to decide whether the tiny risk of side effects in children is worth the benefit of protecting more adults and stifling the virus.

JCVI deputy chair Professor Anthony Harnden said on BBC Breakfast in May: ‘We do know that the majority of children do not have huge risk of complications, whether we vaccinate for educational purposes, whether we vaccinate to protect others in the population, these are the ethical issues, there are a lot of issues to think about.

‘It’s a complicated position to decide on the immunisation of children, of course, then there’s the wider global ethical argument about the use of vaccine in children when there are other people in the world that are at risk of not being vaccinated.

‘So we need to think about all these issues, we probably will give the Government a range of options.’