‘Our ads were viewed more than a million times in a week!’ Counsellors reveal how they had to pivot to survive lockdown – and how MailOnline ads are helping, too

For entrepreneurs offering face-to-face services, the impact of lockdown has been devastating – with thousands of people rushing to learn new digital skills in order to carry on trading.

Caroline Jackson, 49, and Lisa Bonney, 55, had planned to launch their counselling business Jackson-Bonney Counselling in September 2020 in Kent, but realised they would have to change tack in order to do so.

So, instead of seeing clients in a therapy room, the business partners turned to Zoom, and focused on individual or couple’s counselling, a change to their original plan of including corporate sessions. 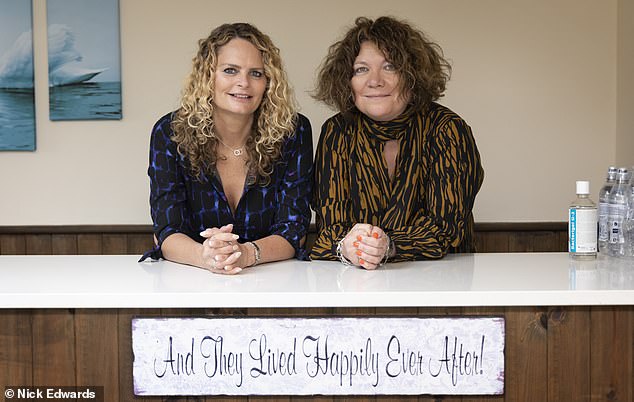 Caroline Jackson, left, and Lisa Bonney, right, learnt to do online counselling for their clients

Lisa said: ‘If we didn’t have the technology to do video calling, the business would have closed due to lockdown as we were unable to do face-to-face counselling.

‘We knew we’d have to dig deep and be resourceful to be able to manage the business online and remotely – Caroline and I couldn’t even get together. So we had to pivot, and go online.’

However, Caroline and Lisa were confident that demand for their business – especially during lockdown – would ‘go through the roof’, so they went ahead with the launch.

Caroline said: ‘We went straight online and trained ourselves to offer counselling via Zoom.

‘Because of the impact of Covid on people, such as couples not getting on, and teenagers who are anxious, we saw the demand for counselling rise by 400 per cent.

‘So we have survived the pandemic by being agile, and changing our focus.’

The business partners are hoping to go ahead with offering corporate counselling services in September, having been delayed for two years.

So they were keen to build their brand awareness ahead of the new launch, and wanted to be one of the first SMEs to try MailOnline’s new Ad Manager.

The dynamic platform has been launched to help small and medium-size businesses thrive while coming out of lockdown. 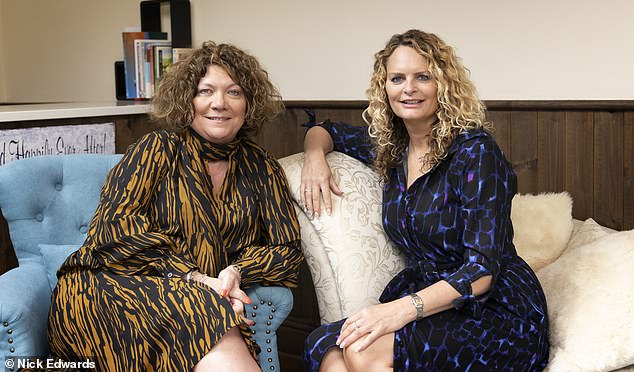 The pair, who both worked in advertising before starting their business, say the reaction to their advertisements on MailOnline has been ‘incredible’

It allows entrepreneurs to market to MailOnline’s huge audience, while targeting potential customers by postcode, interests or life stage – all at an incredibly affordable price.

And it’s straightforward to use. Business owners can easily create their own campaign, set the budget and the target audience – and it can be live in less than 24 hours.

There’s also a friendly account manager at the other end of the phone to help you every step of the way.

Caroline said: ‘As a new business, brand awareness is really important. But it isn’t just about raising awareness for us, but about saying how it’s quite normal to go for counselling now.

‘We want to go into businesses a few days a week to offer our services, which we’re hoping to do in September.

‘We originally wanted to go into offices but because of Covid, we haven’t been able to do that, so that’s why the individual and couples counselling have grown more than we had expected or focused on.

‘So from that perspective, lockdown has held us back, but we’ve grown in different areas.’

‘The amount of exposure has been incredible.’

Caroline and Lisa both praised Ad Manager – from the ease of using the system, to the website’s incredible reach.

‘The Ad Manager system was so self explanatory. I’m not fantastic with things like this, but the team were there to help me every step of the way.

‘We’ve had nearly 900 clicks to our website, which is huge. The next thing I’m going to do is put ‘MailOnline’ on our website, as to be seen on such a huge website looks really good!’

Lisa added: ‘We’re really pleased with the amount of clicks from Ad Manager to our website, and we would definitely recommend advertising on MailOnline to other businesses.

‘It was about awareness of us. The amount of exposure has been incredible.’

MailOnline’s new self-serve Ad Manager takes just minutes to set up a campaign. And the easy-to-use system allows you to advertise to more people in your area than your local titles can reach.

You can reach as many of MailOnline’s 25 million consumers as you like – targeting by postcode, interests, and life stage.

There are no hidden fees, and you can control everything, from budget to target audience to creative design.

Here’s how you can advertise YOUR small business on MailOnline:

Behind the business: Jackson-Bonney Counselling

Caroline and Lisa said they knew from the day they met at a counselling training course four years ago that they would end up starting a business together. They were both working in advertising, but the paths that led them to starting Jackson Bonney Wellbeing are very different.

Lisa underwent cognitive behavioural therapy after being caught up in the London Bridge terror attack in June 2017, and it was a comment from her counsellor that prompted a new direction. 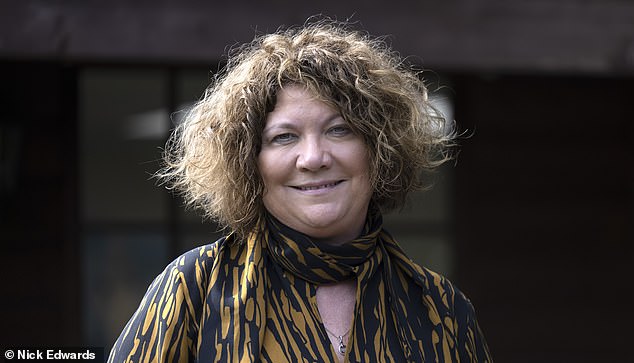 Change of perspectiive: Lisa Bonney witnessed a terror attack and it sparked her journey

Lisa said: ‘I was at London Bridge in a bar when one of the victims came in and I gave them first aid until the medic arrived. I was also on the bridge when they shot the three terrorists dead. It changed me for ever, and gave me perspective.

‘I underwent CBT counselling which really helped me. During the process, a number of my support network and my own counsellor asked if it was something I had ever thought about as they apparently noted an empathy in me, and that sparked the start of my journey.

‘Four years later, I am qualified in integrative and CBT counselling. It is important to me as I want to give something back. I still work in advertising full time, but maybe one day I will do this full time or support the NHS.’

Caroline had a break from her career in advertising to bring up her three daughters. When deciding what to do next, it was a speech at a wedding that changed her life.

‘The father of the bride was saying how proud he was of his daughter working in a job where she helped people every day. I suddenly felt quite shallow.

‘I knew I wanted to do something to give back but had no idea what that was.’

Caroline had some counselling of her own and says she was inspired by the therapist, so she found a course to learn how to do it herself.

‘There is no more an effective therapist than one who has overcome their own struggles, she said.

Visit Ad Manager to see how advertising to MailOnline’s huge audience could help YOUR business.

Tags: Ads, Counsellors:, our, wer
You may also like
Celebrities News