BEHIND the glitz of the catwalk there have long been whispers of predatory photographers exploiting vulnerable young models.

But for years there has been a code of silence in the industry — and even when the 2018 Me Too movement swept the globe, the fashion world closed ranks. 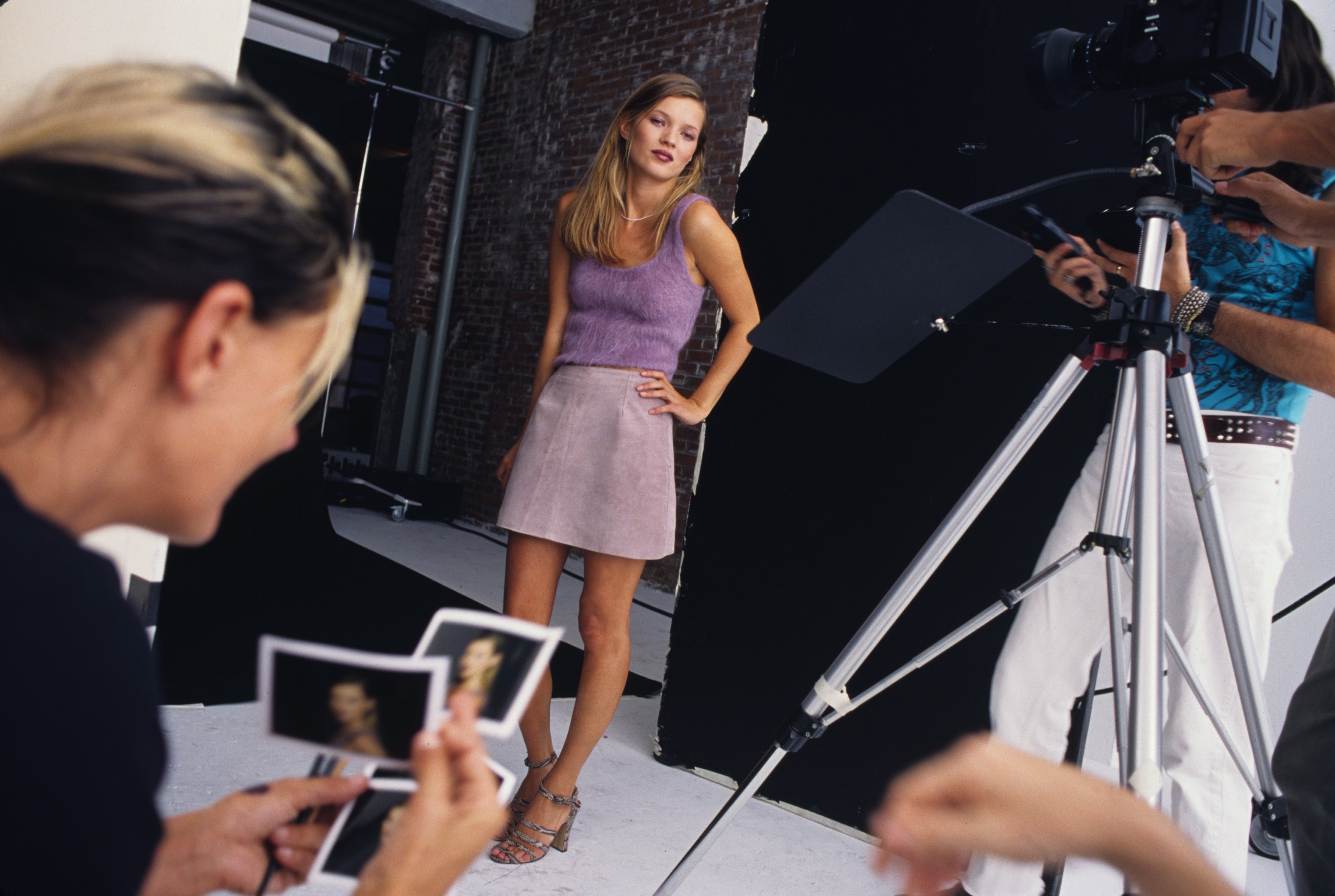 However that could all be about to change. The industry’s dark side has been thrust into the spotlight after some of its biggest stars have finally started speaking out about the seedy underbelly of sexual abuse and exploitation.

Kate Moss, arguably the biggest name in fashion, said in a rare interview this week how she felt “terribly uncomfortable” on many of her early shoots.

Meanwhile, a group of ex-models have broken cover to form Victorious Angels, a “collective of abuse-survivors from the modelling industry”.

While Kate, 47, makes no allegations of abuse herself, and all those accused vehemently deny any wrongdoing, she alluded to exploitation.

Scouted at the age of 14 herself, she said: “I think everyone understands the lifespan of a model, and the fact you will be starting young.

“But even so there were some photographers who wouldn’t agree to shoot you unless there was a nude element. That was very common then and still is now.

“For a very young woman that could be incredibly intimidating.” 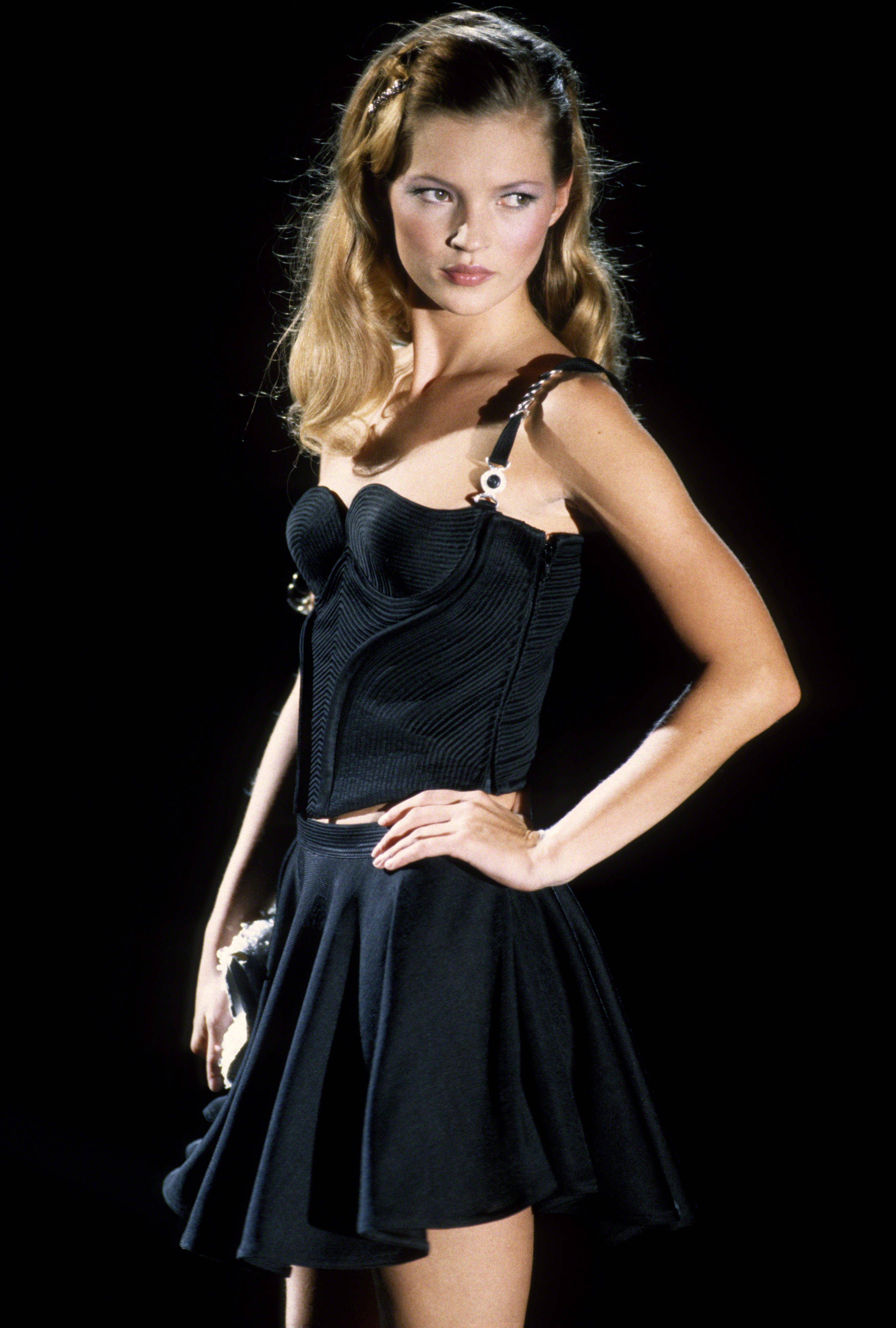 Her comments come just weeks after model Daisy Lowe revealed that a famous photographer once exposed himself to her during a “hideous” incident on a set when she was a teen.

While top names such as Kate and Daisy have started speaking out, some models have also begun taking on the biggest institutions in the business.

The hugely influential Elite model agency — which has represented Naomi Campbell, Cindy Crawford and Gisele Bündchen, among others — is at the centre of a storm after testimonies were filed by the founding members of Victorious Angels last year in France.

The women claim that the former head of the agency’s European division, Gérald Marie, abused his position to sexually assault them.

His accusers include British journalist Lisa Brinkworth, who encountered him in 1999 during her work on an undercover BBC exposé on exploitation in the fashion industry.

Posing as a model, she was invited to meet Marie for dinner in Milan, one year into her investigation. 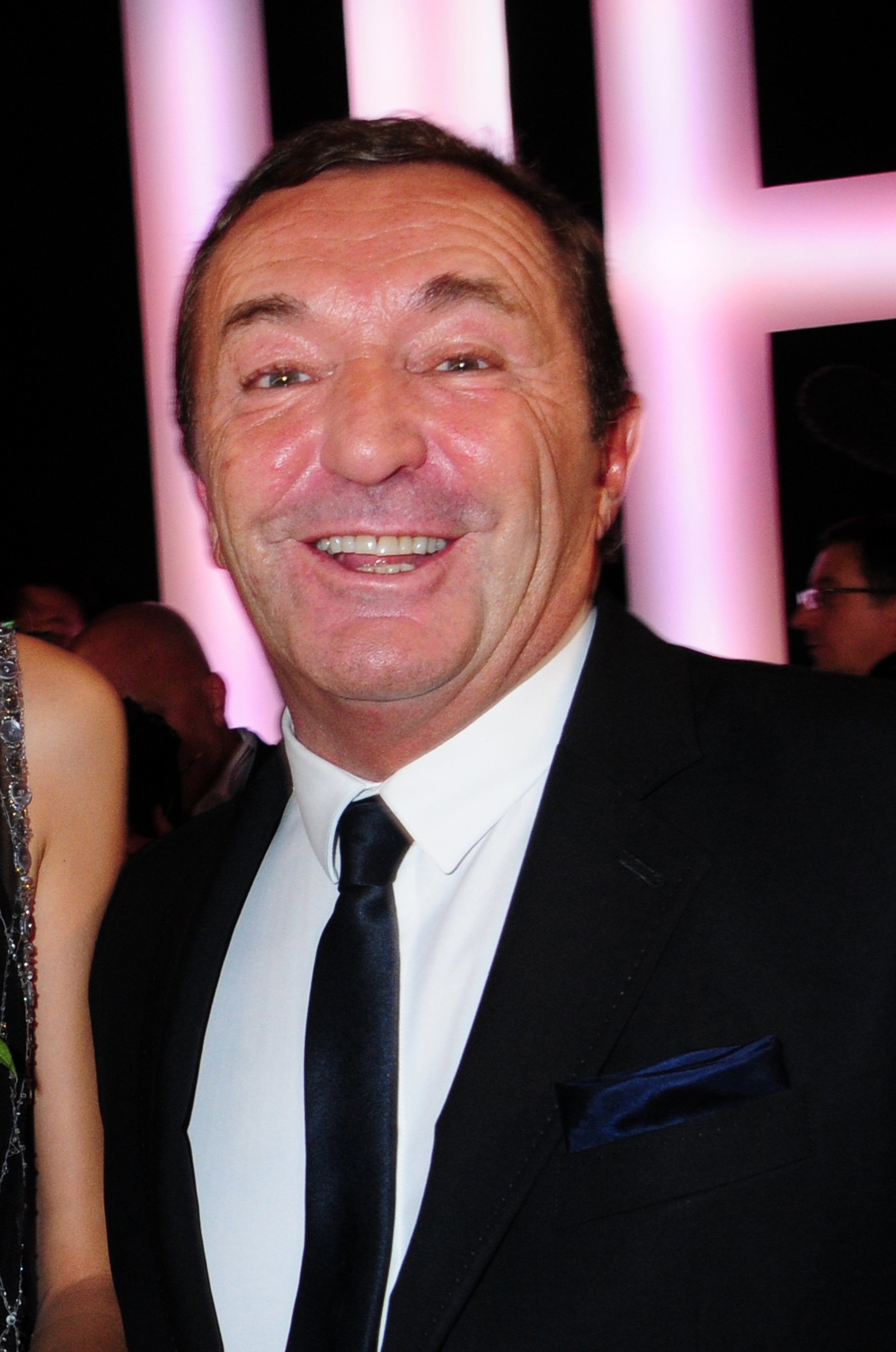 Once seated between him and an unnamed executive, Lisa, 53, recalls: “I struggled to keep my cool at the table where teenage girls endured misogynistic conversation riddled with sexual innuendo. Much older businessmen pawed at the mini-skirted adolescents, pulling them on to their laps. As the alcohol flowed, my host was being openly flirtatious and the party invited me to a gentlemen’s club nearby.

“We were sitting at a table when Marie walked over to my chair, straddled me and then sexually assaulted me.

“When he climbed off me, acting as though nothing had happened, I tearfully made my way to the ladies’ — in those seconds, feeling reduced from journalist to victim.”

Marie’s accusers fear their voices may never be heard because their cases fall outside France’s statute of limitations. By law, sexual abuse allegations must be reported within 20 years, or 30 for minors.

Marie categorically denies all accusations against him. But he is far from the only fashion big beast to face allegations of sexual misconduct in recent months. And it is not just female models who have spoken out about abuse. 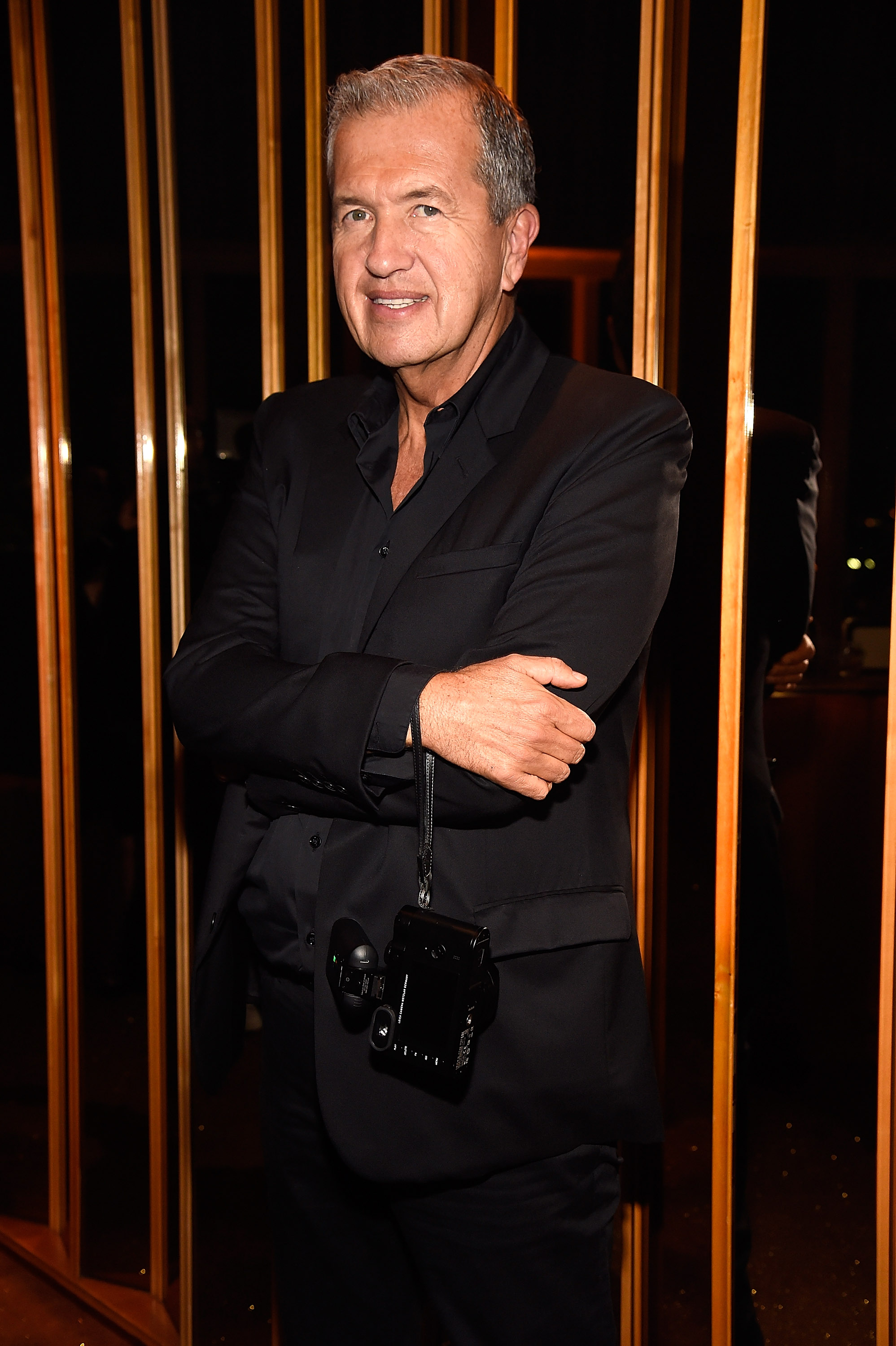 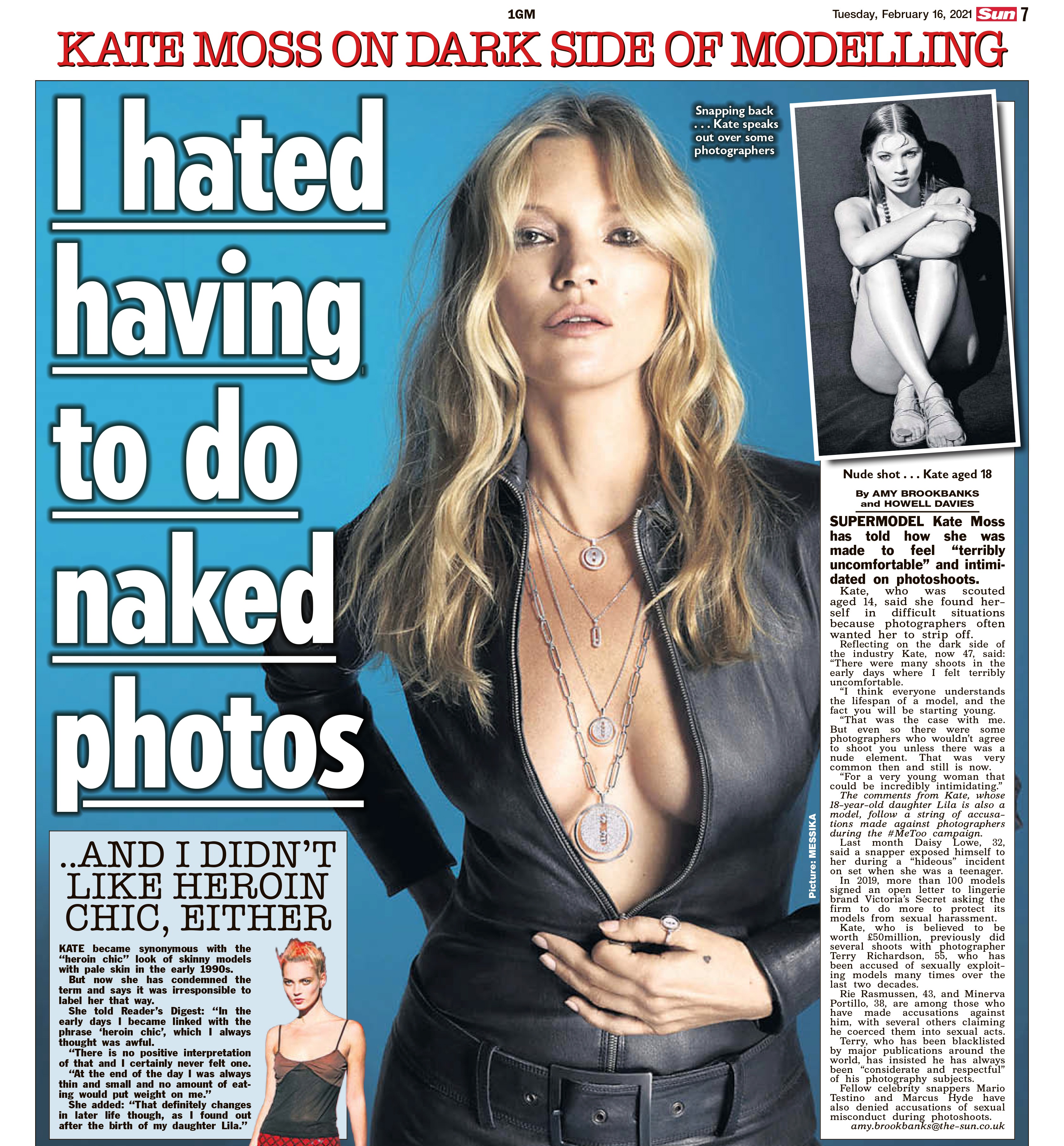 In 2018, 13 male models and assistants accused leading photographer Mario Testino of threatening to ruin their careers if they did not give in to his sexual advances.

Testino, who is renowned for his iconic photographs of Princess Diana, has since been suspended from working with publisher Condé Nast’s titles such as Vogue and GQ. More recently, fashion designer Alexander Wang faced a slew of accusations of sexual assault from male and trans models.

Some leading industry insiders are calling for young models to be chaperoned until they are 21 rather than 16 — the current age limit in the UK.

Talk is growing, but the test for fashion will be if any of the alleged abusers will be brought to justice.

Many would say it’s time for the industry to do more to protect models from the real devils wearing Prada.

Carré Otis: If I wanted to make it I'd have to deal with his advances

She alleges she was raped by modelling executive Gérald Marie – who was once married to supermodel Linda Evangelista – when she was a 17-year-old model in Paris. 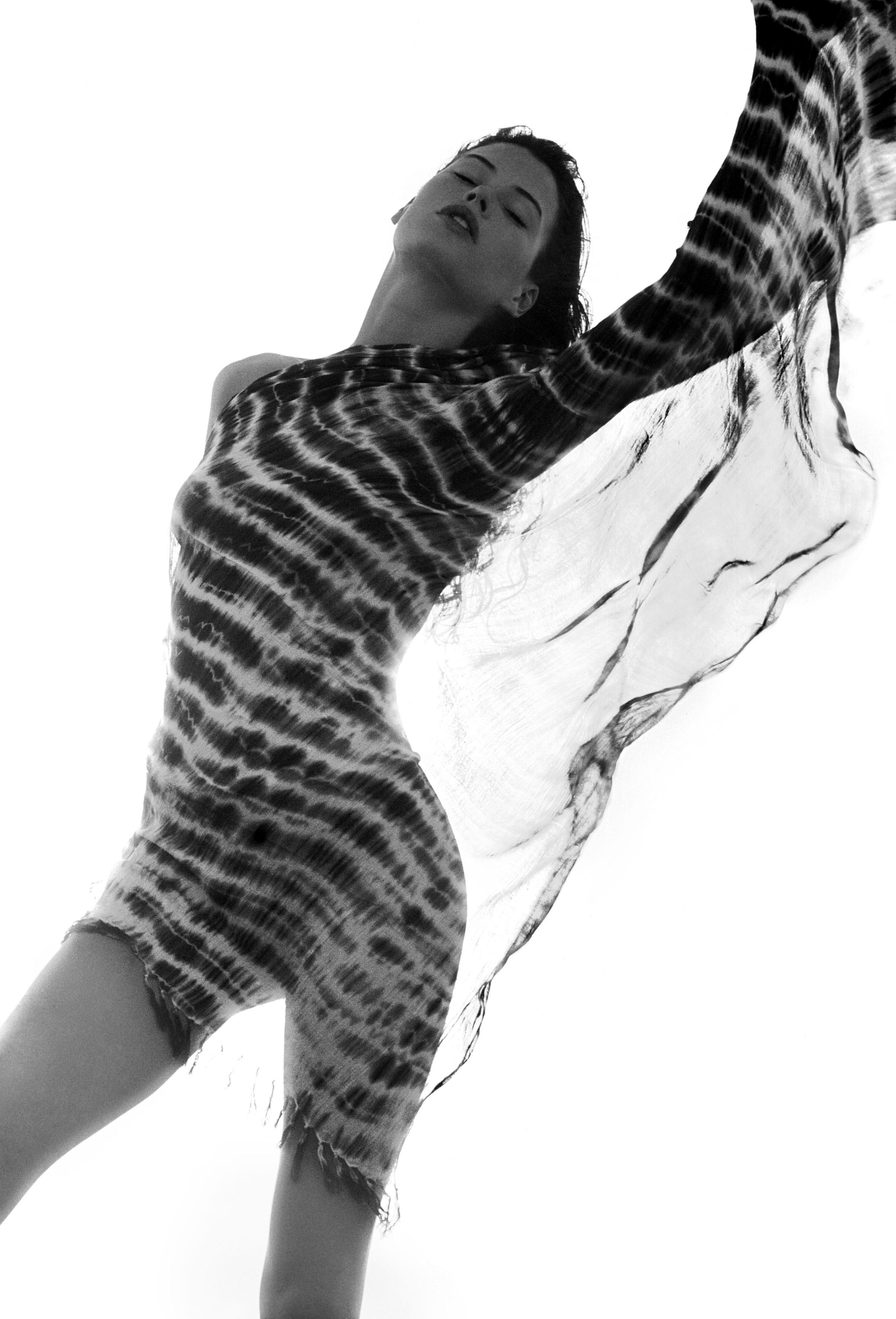 Carré claims the abuse started around 1986 when she moved into Marie’s apartment with Linda in the early days of their relationship.

She said: “Linda was maybe a little bit older than me. She was soaring, she was already a star in the sky.”

But when Linda was out of town, Carré alleges Marie, the European boss of the Elite model agency, would attack her in the middle of the night.

She said: “It was made very clear that if I wanted to make it, I would have to deal with his advances.

“That continued until I actually did say no, and then my work stopped.”
The San Francisco-born model, who was married to actor Mickey Rourke for six years, claims Marie also told her she needed to lose weight in the early days of her career. 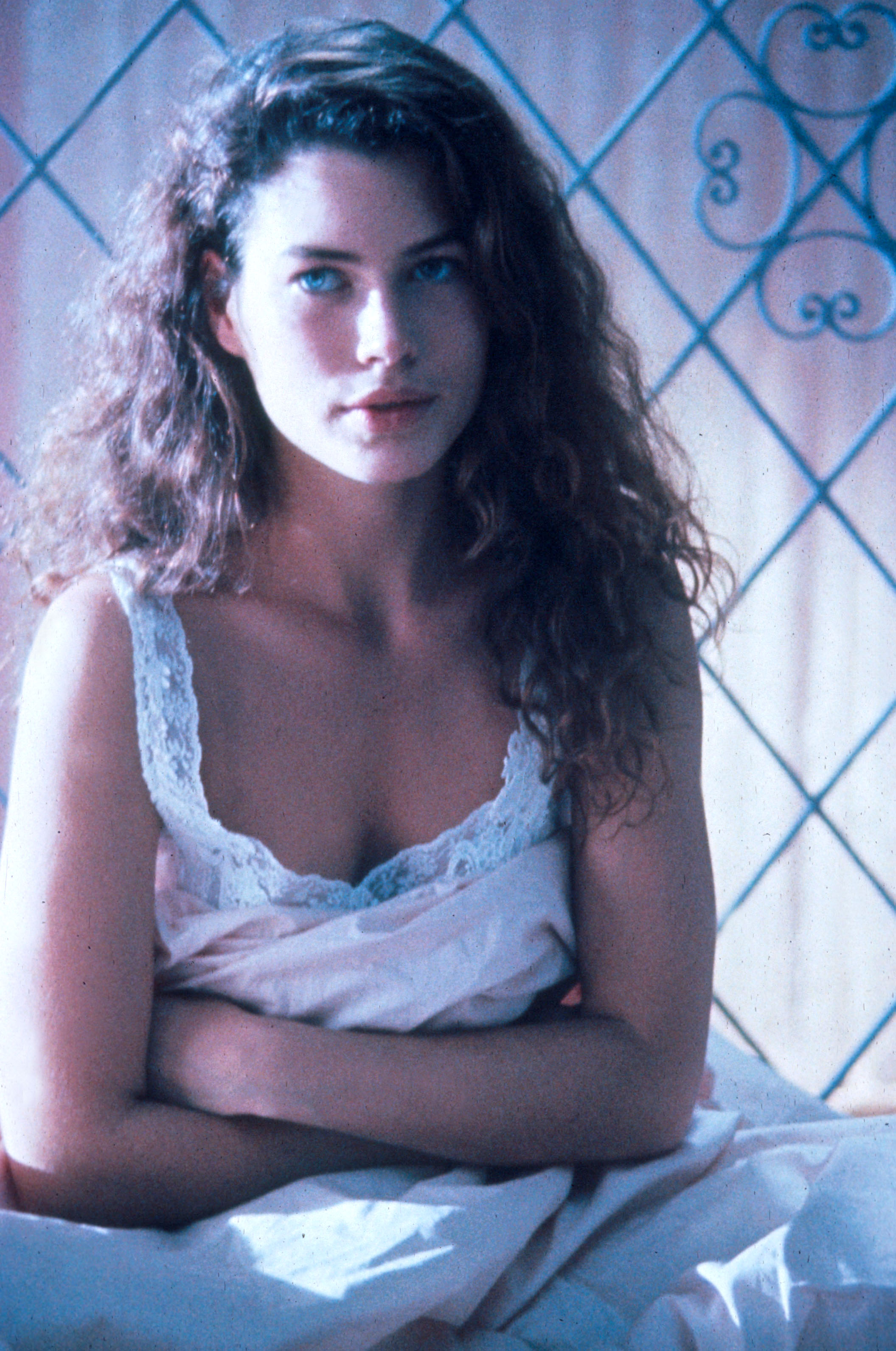 In her memoir, Carré, who has appeared on the covers of Elle, Vogue, Harper’s Bazaar and Cosmopolitan, writes that he would give her “a small brown glass vial of cocaine every day . . .  this was the key to model weight management”.

Marie categorically denies all accusations against him.

SNAPPER Terry Richardson was dropped by a string of magazines and brands in 2017 after allegations of inappropriate sexual behaviour at photoshoots.

Models who have spoken out about him include Jamie Peck, who was 19 when he photographed her naked. 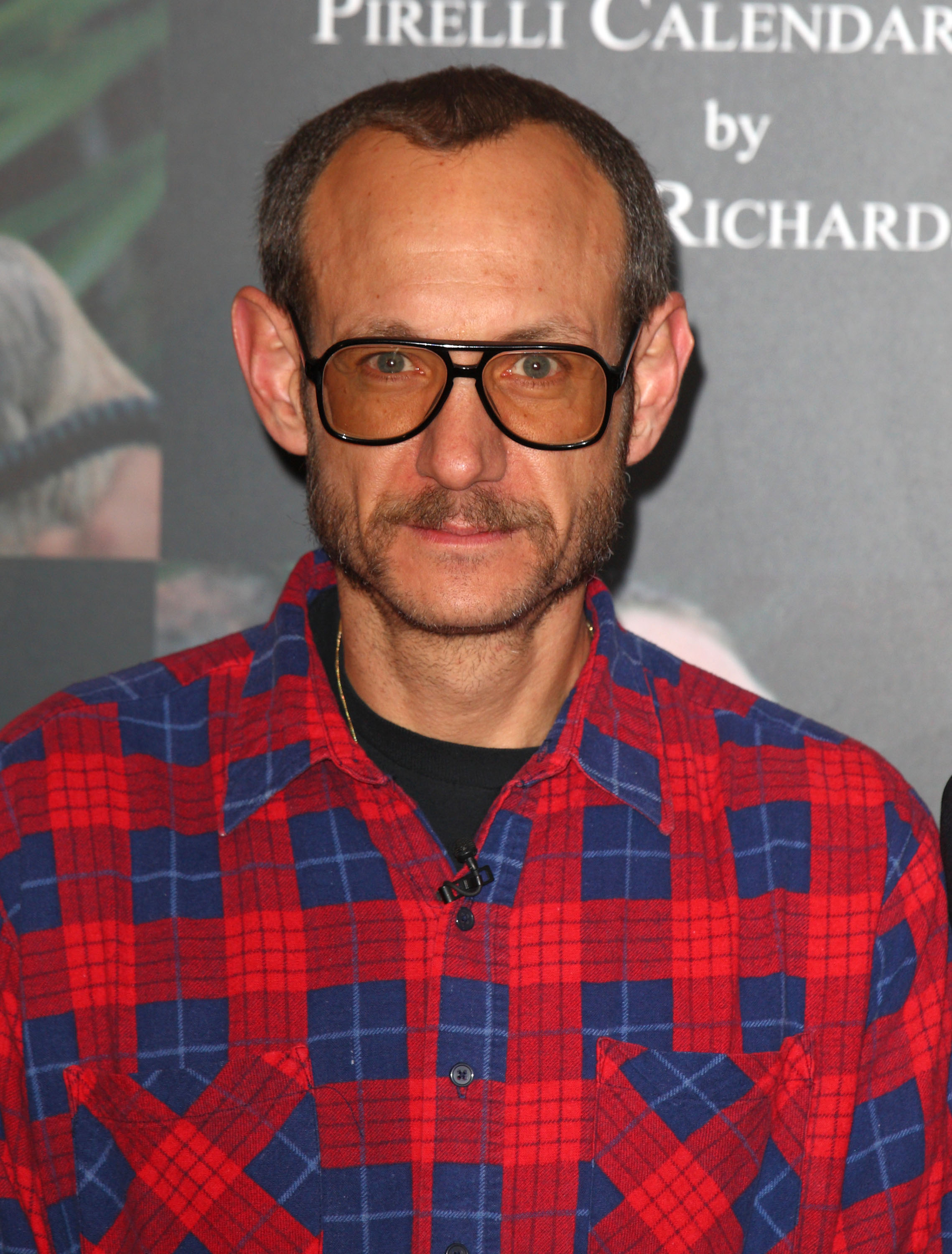 He reportedly took off his clothes then suggested she perform a sex act on him.

Model Liskula Cohen said she walked off a Vogue set after being asked by Richardson and his team to remove her clothes and pretend to perform oral sex.

Richardson has denied all the allegations, saying the stories are “hate-filled and libellous”.

Model scout Jean-Luc Brunel was arrested in December as he tried to flee from Paris to Senegal. The former close associate of disgraced Jeffrey Epstein faces allegations he used his position to rape and sexually assault women, including minors.

Virginia Roberts Giuffre, one of Epstein’s accusers, alleged that Brunel would offer modelling jobs to girls of 12 and bring them to the US to “farm them out to friends, especially Epstein”. 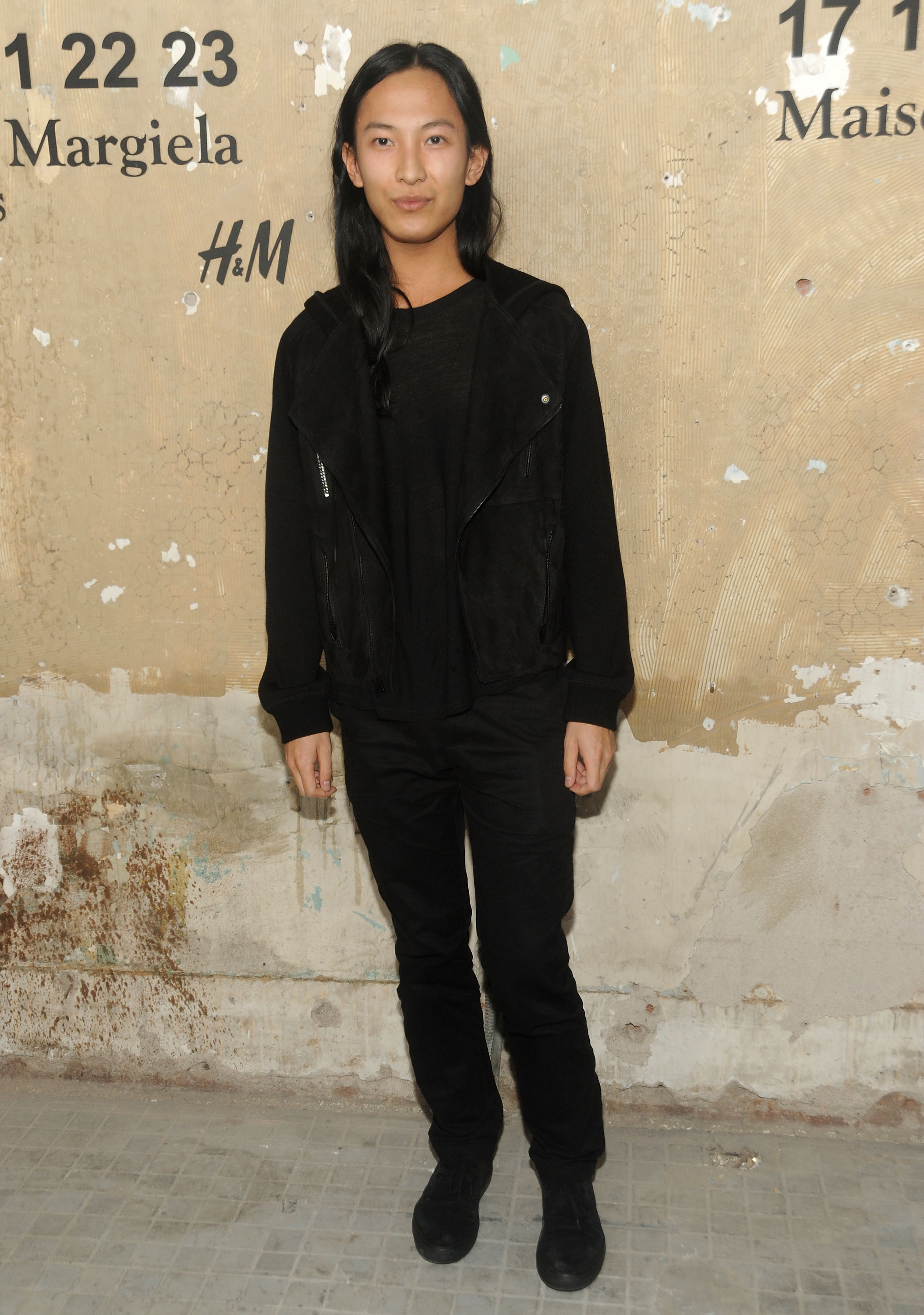 But Wang’s lawyer denies it happened and believes Mooney is mistaken about who allegedly groped him.

CHANEL and Marc Jacobs model Daisy revealed last month how a leading photographer once exposed himself to her during a photoshoot at his house when she was a teenager.

Daisy, now 32, told a podcast that the incident took place as the unnamed man’s wife was also in the house, preparing dinner for them all. 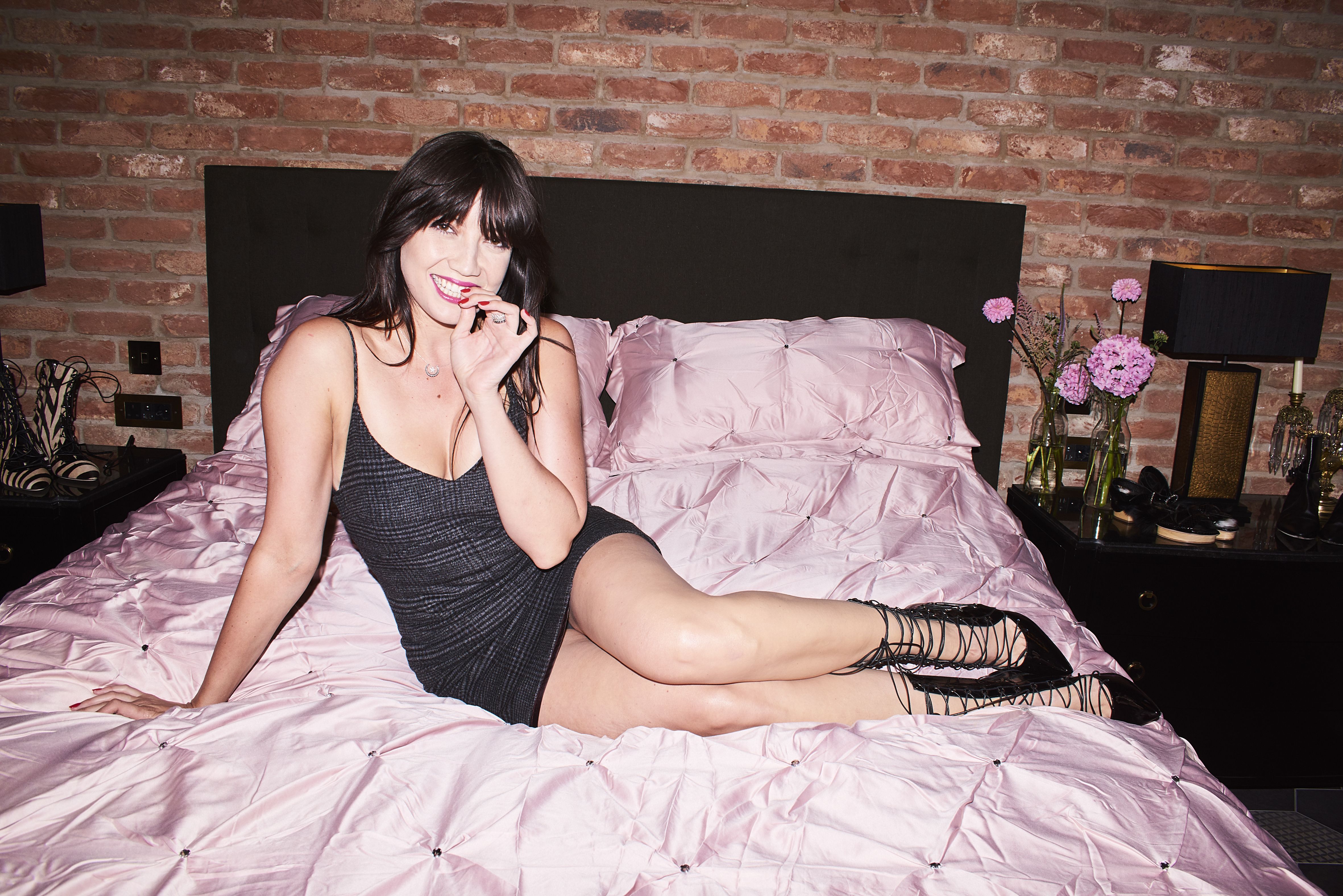 And she admitted that she felt obliged to later eat with the photographer and his wife after the “hideous” encounter.

She said: “I once shot with a really successful photographer at his house and his wife was making us dinner downstairs.

“We ended up shooting on his bed, which was compromising enough, and he was stood over me. I lay down and he was sort of straddling me and he had his flies down and nothing on underneath.

“I’ve always been incredibly mouthy and that’s probably really helped me get out of really sticky situations.

“So I just went, ‘You’re flying low’, to which he turned stone cold, got off me, zipped up his flies, walked out, and that was the end of the shoot. And I have never worked with him again.

“I’m not saying anything would have necessarily happened but it was just a power thing, and that’s the issue in any industry where toxic men are making themselves feel more powerful over vulnerable young women.”

Emily Ratajkowski: I was sexually assaulted during a photoshoot

In an essay published online in September last year, the 29-year-old catwalk star detailed the harrowing experience, which she claimed occurred during the unpaid shoot. 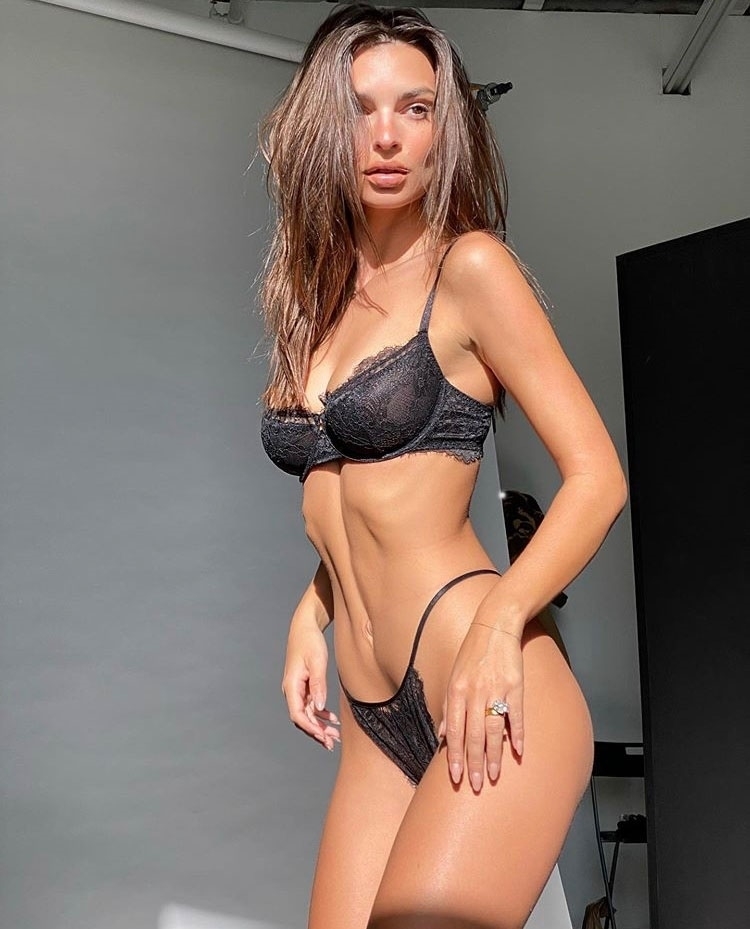 Then a 20-year-old aspiring model, she travelled to Leder’s remote home in New York State for the overnight shoot for Darius, a photography magazine.
After being photographed in lingerie, Emily claims Leder asked her to “try naked now”.

“The second I dropped my clothes, a part of me disassociated,” she wrote.

“I began to float outside of myself, watching as I climbed back on to the bed.

“I arched my back and pursed my lips, fixating on the idea of how I might look through his camera lens.

“Its flash was so bright and I’d had so much wine that giant black spots were expanding and floating in front of my eyes.” Later, as the pair relaxed on his sofa after the shoot, Emily claims Leder advanced on her and committed a sexual assault.

After she physically stopped him, she added: “I didn’t say a word. He stood up abruptly and scurried silently into the darkness up the stairs.”

Leder has strongly denied the claims against him.

Tags: could, Industry, modelling, with
You may also like
Celebrities News