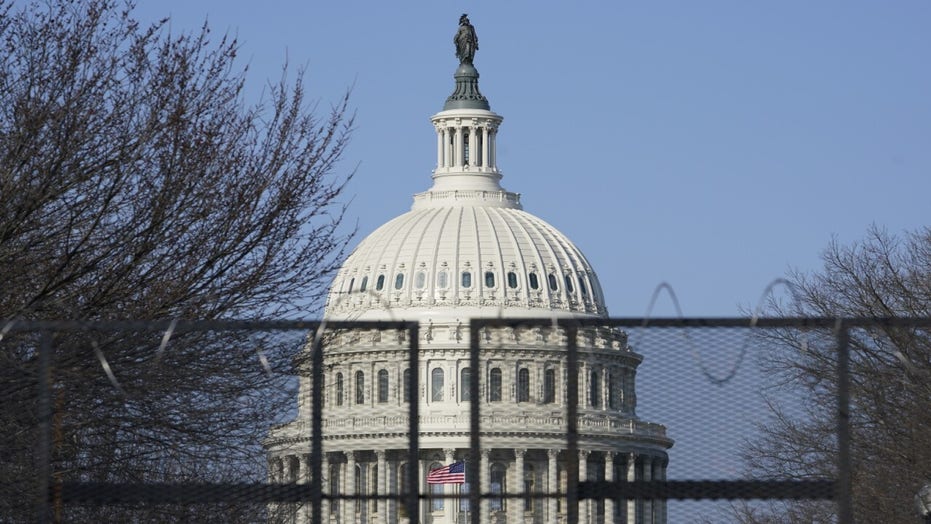 Rep. Elisa Slotkin, D-Mich., on the fallout over extending troop presence at the Capitol.

An upstate New York man has been charged with assaulting DC Metropolitan Police Officer (MPD) Mike Fanone outside the U.S. Capitol on Jan. 6, robbing him of his police badge and taking it back to his home in Buffalo, where he allegedly buried it in his backyard.

While attempting to push rioters back from the west front of the Capitol, Fanone, identified in court documents as “MF,” was pulled into the crowd where people beat, tased and robbed him of his police badge, police radio and MPD-issued 17-round magazine, while also trying to forcibly remove his service weapon from its fixed holster. He lost consciousness and was hospitalized for his injuries, including likely concussion, injuries from the taser and monitoring for cadiac activity, court documents show.

The FBI used Fanone’s officer-worn body camera footage to identify one of his attackers as Thomas Sibick of Buffalo, New York.

Sibick posted a video to his Instagram account showing him using his cellphone to record himself on the inauguration ceremony stage of the lower west terrace where he screams, “Just got tear-gassed, but we’re going, baby, we’re going!” according to the statement of facts filed in the U.S. District Court for the District of Columbia. Another photo shared to Facebook on Jan. 27 showed him posing outside the Capitol with a U.S. Capitol Police shield. 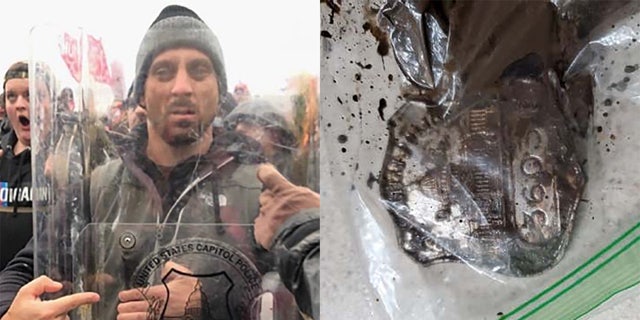 When FBI agents initially interviewed him on Jan. 27, Sibick acknowledged being in Washington, D.C., at the U.S. Capitol on Jan. 6 and stated that while he was at the Capitol, he saw a D.C. Metro Police officer being pulled down the steps and hit with what he described as a “flagpole.”

Sibick reported seeing at least two other individuals beating the officer and attempting to get his gun, but were unable to do so because of the “plastic piece on top of the holster.” Sibick said he heard someone say, “Get his gun and kill him.” He also “stated that he attempted to reach the officer to pull him away but was unable to get to him and at that point he feared for his life and that of the officer.”

Fanone told news outlets in on-camera interviews in the weeks after the attack that he yelled to the crowd that he had children in an effort to appeal to someone’s humanity after hearing shouts that they were going to kill him with his own gun, Business Insider reported. 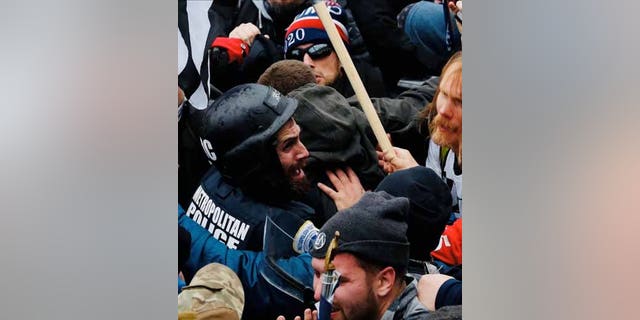 FBI has been seeking suspects accused of beating DC Metro Police Officer Mike Fanone outside the Capitol on Jan. 6 until he lost consciousness and was hospitalized for a mild heart attack.

When FBI agents re-interviewed Sibick on Feb. 23 after law enforcement observed an individual consistent with his appearance on Fanone’s officer-worn body camera, Sibick admitting to grabbing the officer’s badge and radio. He claimed the badge came off while he was trying to help the officer, and, once he came into possession of the radio pressed the “emergency orange button” to get help.

Sibick first said he dropped the badge and radio and left, but then backtracked and said he carried them away and dropped them in a trash can on Constitution Avenue. He recanted his statement again during the same interview and said he brought the items back to his hotel room and then home to Buffalo, where he disposed of them in a dumpster located in a back alley behind the Lenox Hotel.

After an FBI agent sent a ruse email on Feb. 25 claiming they were going to pull security footage from the hotel, Sibick called to say he actually buried the badge in his backyard. He later turned in a mud-filled plastic bag with the badge inside to FBI investigators, according to court documents.

Tags: as, Capitol, charged, rioter, with
You may also like
Celebrities News