California middle school students were told early this year to read and analyze an op-ed published in The Huffington Post in 2016 titled, “Why I’m a Racist,” sparking backlash from some parents.

The students at Oak Middle School in Orange County were asked to analyze various points that the author, Huffington Post contributor Jeff Cook, makes in the piece.

“It was an uncomfortable situation,” Marshal Violia, the father of a seventh-grade student who was assigned to read the essay in his English class, told Fox News. “A lot of parents were in agreement.”

Several other Orange County parents who spoke to Fox News on the condition of anonymity out of fear of retaliation also confirmed the assignment.

Cook adds later in the essay that he was not racist in a bigoted, hateful way, but is “uncomfortable with, ignorant of and distant from racial inequalities that exist in” the U.S. He also writes that he is “okay” with admitting he is a racist, and that doing so did not make him “evil.” 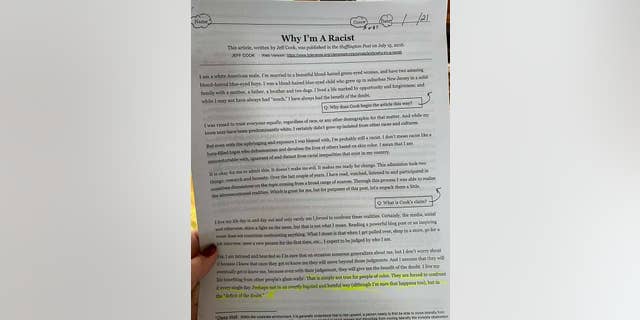 The "Why I’m a Racist" assignment at Oak Middle School.

Students were asked to analyze the introductory paragraph and Cook’s claim that his admission did not make him evil in the assignment, Fox News is told.

Violia said he’d heard about the assignment from another parent before asking his son whether he was told to analyze the essay. His son confirmed the assignment and described it as “uncomfortable,” which some educators say is a natural reaction to race-related studies.

“I can say that, generally, the topic of racism can be uncomfortable for many people,” Janel George, an adjunct professor at Georgetown University who teaches a graduate course on racial inequities in K-12 education, told Fox News.

“Learning about racial inequality and how it persists can benefit all because it is a first step to identifying ways to eliminate racial inequality,” she continued. “I also think that it is important for educators to have the kinds of support and services that they need to teach about issues of racial inequality in age-appropriate ways.”

The Los Alamitos Unified School District voted to approve the implementation of new “Social Justice Standards” in May through the Southern Poverty Law Center’s Learning for Justice project.

Some parents have decried the standards, plus a new high school-level ethnic studies initiative, as critical race theory (CRT), an academic and legal analysis of race recognizing racism as a systemic problem affecting certain areas of society such as education, though Los Alamitos Unified School District Superintendent Andrew Pulver has denied that the district was teaching CRT.

George told Fox News that there appears to be “some conflation of [CRT], which is a theory arising out of the legal academy that is taught at the graduate level, and ethnic studies efforts at the K-12 level.” 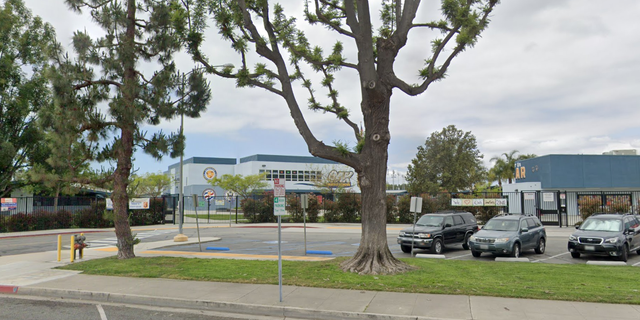 Parents such as Violia have argued that certain assignments and educational language with political undertones, which have been popping up in schools across the U.S., aren’t appropriate for children because they’re dividing classrooms and putting certain students in awkward situations.

“Now, the kids are caught in the middle because half the parents want this and half don’t,” he said.

Violia said he does not want to tell teachers how to teach but argued that parents need to be part of conversations about race and whether the subject of race is “being taught in an appropriate way.” He added that he does not want students to be “sheltered from the real history of America” but that they also need to understand how the country “learned from” its past.

Oak Grove Principal Erin Kominsky told Violia his son would not have to be a part of CRT teachings in the future after he brought up the assignment, he said. Kominsky did not immediately respond to inquiries from Fox News.

Oak Grove students have not been given any similar assignments so far this year after parents voiced their concerns, Violia said, but parents are still concerned that teachers may try to push these types of assignments onto students quietly.

“We’re putting them in an impossible situation,” the California dad said. “Parents have control over the situation and can have conversations [about CRT], but we are making these kids very uncomfortable.”

“When children are telling you they’re uncomfortable with this, we need to start listening,” he continued.

Neither Pulver nor Executive Assistant to the Superintendent Tina Dingallo nor Deputy Superintendent of Education Services Ondrea Reed responded to inquiries about the assignment.

Another parent who wished to remain anonymous shared an email from Reed’s official address in response to the Huffington Post assignment, though Reed did not confirm the email. 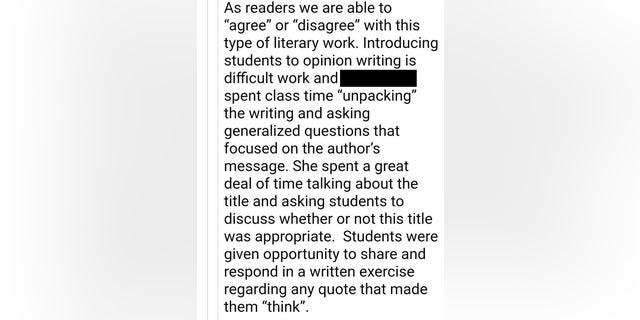 “The opinion essay … was used an in-class assignment where the article was read together as a class,” Reed said in an emailed response to a concerned parent. “The teacher’s purpose for introducing this essay was to introduce students to opinion writing while drawing correlations with ‘The Watsons Go to Birmingham’ as a secondary source to help support the context and events in the book.”

Reed continued: “The opinion article was written some [five] years ago and has no connection to the recent events of the last week or any political events. Opinion articles reflect the thoughts of the author and not the readers. As readers are able to ‘agree’ or ‘disagree’ with this type of literary work.”

She added that the teacher who assigned the reading let students unpack the essay and ask questions about the author’s “message.”

“Students were given the opportunity to share and respond in a written exercise regarding any quote that made them ‘think,'” she wrote.

The op-ed was pulled from teachingtolerance.org, which rebranded in May to learningforjustice.org, and “supports” the Los Alamitos Unified School District’s “Social Justice Standards,” according to Reed.

Social Justice Standards “are a road map for anti-bias education at every stage of K–12 instruction” and provide educators with “a common language and organizational structure” to “guide curriculum development and make schools more just and equitable,” according to Learning for Justice.

The standards were divided into four parts including identity, diversity, justice and action (IDJA), which “recognize that, in today’s diverse classrooms, students need knowledge and skills related to both prejudice reduction and collective action,” Learning for Justice’s website stated.

California has prepared to implement a 900-page, statewide Ethnic Studies Model Curriculum (ESMC) that lawmakers unanimously approved in March for high schools to help students understand the stories of “historically marginalized peoples which are often untold in U.S. history courses.”

It also called for ethnic studies to be intertwined within “a range of disciplines beyond traditional history and social sciences, including but not limited to: visual and performing arts, English language arts, economics, biology, gender and sexuality studies, etc,” The Associated Press reported.

While California’s 1,037 school districts were not being required to implement the curriculum model, a new bill could change that.

Back in December, Assemblyman Jose Medina, a Democrat, introduced California A.B. 101, which would require high school students to complete a full-year ethnic studies course to receive their diplomas starting in the 2025-2026 school year and leave the content of such courses up to the discretion of each district.

The bill passed the Assembly last week and is set to move to the California state Senate.