A trustee on the Santa Clara County, California, Board of Education says he has been silenced after trying to put plans for new K-12 ethnic studies curricula on the board’s agenda for discussion with the public.

Joseph Di Salvo, 69, is using his 33 years of experience as a former Santa Clara County school teacher and principal to highlight concerns about ethnic studies curricula proposed by Santa Clara education officials that he feels the public has a right to discuss with the trustees they elected.

“I wanted to put this on the agenda and have people come and talk about it with the school board trustees,” Di Salvo, who described himself as a “progressive, liberal Democrat” in favor of ethnic studies curricula that don’t divide students, told Fox News. “I’ve been thwarted to get it on our agenda for public discourse.”

CA TEACHER SUES UNION OVER DEFUND POLICE ‘RHETORIC’: ‘NOT WHAT WE SHOULD BE DOING’

“It’s so contrary to a democratic process,” he added.

The California State Board of Education in March approved a 900-page, statewide Ethnic Studies Model Curriculum (ESMC) for high schools to help students understand the stories of “historically marginalized peoples which are often untold in U.S. history courses.” It was unanimously approved in an 11-0 vote.

It also calls for ethnic studies to be intertwined within “a range of disciplines beyond traditional history and social sciences, including but not limited to: visual and performing arts, English language arts, economics, biology, gender and sexuality studies, etc,” The Associated Press reported.

While California’s 1,037 school districts are not being required to implement the curriculum model, a new bill could change that.

Democratic Assemblyman Jose Medina in December introduced California A.B. 101, which would require high school students to complete a full-year ethnic studies course to receive their diplomas starting in the 2025-2026 school year and leave the content of such courses up to the discretion of each district.

The county’s board of education in June approved a resolution to support the new ethnic studies curricula, which, unlike the ESMC, could be taught at the middle-school level or lower.

The board said the initiative “is intended to deepen students’ sense of shared history, the significant contributions of historically underserved populations,” and help “students understand and appreciate the rich histories and cultural contributions of various communities that challenge racial oppression,” according to a press release.

Both sides of this argument appear to agree that Santa Clara students could benefit from general ethnic studies curricula that reflect students’ diverse backgrounds, but county residents disagree on teaching styles and messaging.

Panelists who spoke during a Santa Clara County teacher virtual training session last year reportedly denounced the U.S. as a “parasitic system” based on the invasion of “white male settlers,” according to a recent report from the Citizen-Journal reporter Christopher Rufo. 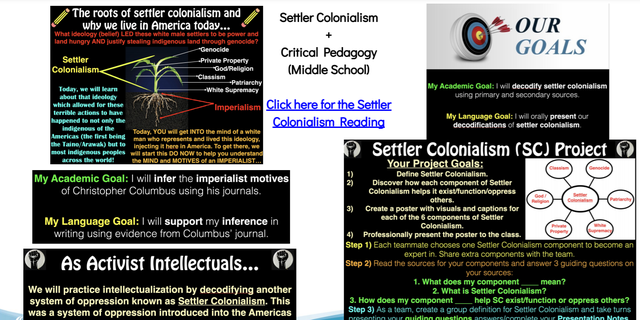 One Santa Clara parent, who spoke to Fox News on the condition of anonymity due to fear of retaliation, said she has listened in on these training sessions and confirmed Rufo’s report.

A slideshow presentation given during one such training session purportedly gives educators tips on how to become “activist intellectuals” and says that in order to put an end to systems of oppression, one must “DESTROY/CHANGE THEM!” 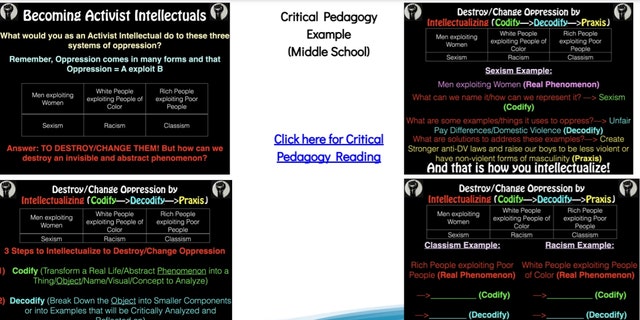 Neither the Santa Clara County Office of Education’s media contact, Superintendent Mary Ann Dewan or Pacheco responded to multiple inquiries from Fox News. Di Salvo was the only trustee who responded to Fox News.

Pacheco reportedly told staff during one of the training sessions that the curriculum is based on the works of Brazilian Marxist Paulo Freire, according to Rufo. 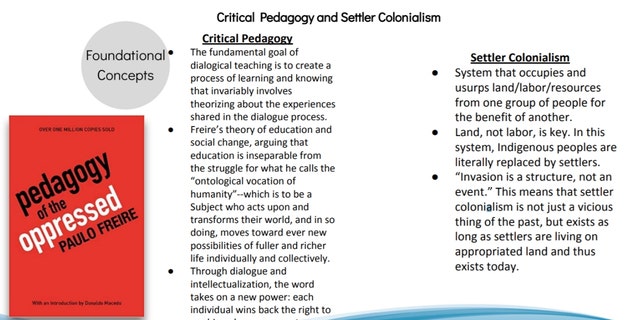 Slides apparently presented during the session describe the county’s political system as a “system of oppression” that “occupies and usurps land/labor/resources from one group of people for the benefit of another” and is “not just a vicious thing of the past” but “exists as long as settlers are living on appropriated land,” as Rufo first reported.

The presentation ends with advice to teachers to “be extra careful” now that educators are “in people’s homes” due to virtual learning and notes that “district guidelines and expectations are barriers” to the curricula plans, according to Rufo’s reporting.

Di Salvo has been in contact with some of his constituents and says he hears their concerns.

“I did hear from the community about things that were going on in professional development,” he said. “… I understand the victim-oppression world and White supremacy — because I am White — that have wronged people of color for hundreds of years, but in the classroom, we need to be really careful with how we present information.”

He added that such discussions about race and ethnicity in the classroom take “extraordinary teachers,” and that educational content should not be about “dividing children by race” but bringing “children together by race and commonalities.”

“It concerns me that some of the literature — the point is to divide and point out that those who are White are the oppressors in a worldwide and American context and [Black and Indigenous people of color] have been the victims of our oppression,” he said. “With what’s going on in America right now … we better do it right, and we better do it with conversations with the public … rather than do things that look like they’re being intentionally hidden from the public.”

Members of the public each have one minute to make a comment to trustees during the board’s monthly meetings, which have been hosted via Zoom due to the pandemic. A timer mutes speakers after one minute. Putting subjects on the board’s agenda allows trustees to discuss matters before the public, which has yet to happen with the ethnic studies proposal.

Numerous members of the public took a minute each to voice concerns about curricula plans during meetings on Feb. 3 and on Feb. 17. Santa Clara residents and parents offered differing opinions on the county’s ethnic studies proposal, and some criticized the board for not putting the subject on their agenda.

One such resident and parent is Lia Rensin, a board member on the ‎Alliance for Constructive Ethnic Studies, a volunteer organization arguing that the “curricula being proposed for K-12 California public schools is divisive, encourages victimization, and promotes a narrow political ideology,” and that the solution is to promote a more inclusive and productive ethnic studies curricula, according to its website.

Rensin told Fox News that more than 600 Santa Clara residents and parents have signed a letter asking the Santa Clara County Office of Education (SCCOE) to make discussion of the ethnic studies curricula public for review.

Rensin told Fox News that while curricula plans are left up to individual districts rather than entire counties, she is concerned that “the objective of this initiative is to create a scalable curriculum for Santa Clara County” and that county officials “can do that under the guise of professional development” and “push it out to every school in the county.” 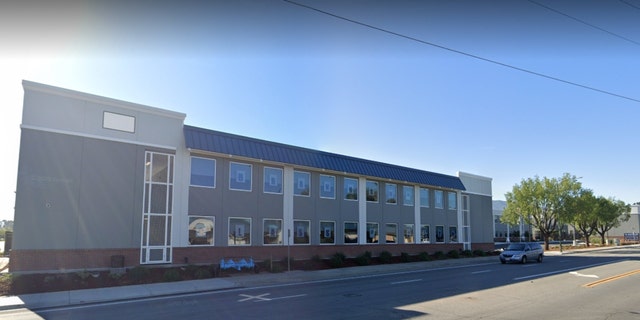 She added that the school board’s “M.O. is to hide” and push agendas through without sufficient public input.

“You’ve got this fundamental theory that the United States has not changed at all in 250-plus years, that we are still white supremacists because we are descendants of our forefathers, and then you have violence … as the means of change,” Rensin said of the basis behind the ethnic studies initiative. “…It’s very clearly indoctrination, and because of that, they’re completely subverting the parental role.”

Di Salvo in a March 3 SCCOE meeting tells other trustees that he has heard from “hundreds” of his constituents who expressed support for an ethnic studies curriculum and want to see it on the board’s public agenda “as an information item.” He requests “for the third time” that the trustees put plans for ethnic studies curricula on the board’s “agenda for an information item and discussion.”

Trustees point out that the subject of ethnic studies plans is not “agendized” and therefore should not be discussed. Di Salvo pushes back, saying the public has not been able to comment at all despite board communications on the subject.

Trustee Peter Ortiz then speaks up, saying Di Salvo wants “to give a platform for right-wing organizers in this county … to criticize and attack our curriculum.”

“You’re not going to silence me, because when you silence me, you’re interrupting East San Jose and Downtown San Jose,” Ortiz said. ” … You wait until I’m done speaking like I waited until you’re done speaking. Have respect.”

“Don’t tell me when to go. Your community has done enough, okay? You can shake your head. Our community does not have to kiss the ring of affluent people … in order to see our curriculum reflected in the classroom,” Ortiz said. “Our students should not have to appease parents in…wealthy, privileged areas in order to see [that cirriculum].”

Ortiz added that he would continue to call Di Salvo out for his questioning of the ethnic studies plans, accusing his fellow trustee of “race-baiting” and “appealing to right-wing organizations here in this county.”

Ortiz did not respond to inquiries from Fox News.

A petition on Change.org defends Santa Clara County’s ethnic studies initiative, saying it is “under attack” and needs “an all-hands-on-deck response.”

The petition from a group called the Santa Clara County Ethnic Studies Coalition has more than 3,600 signatures, though it is unclear how many of those signatures came from Santa Clara residents.

The coalition wrote that Santa Clara’s ethnic studies initiative “was developed to meet the needs of students, families, communities, teachers, school and school districts, so many of whom have been seeking leadership in developing Ethnic Studies curriculum and approaches in their schools.”

“Right-wing activists are organizing in Santa Clara County to attack the Ethnic Studies initiative,” the group continued. “There has been the creation of a petition that claims the county office of education initiative in Ethnic Studies is rooted in anti-American propaganda. We feel that this petition is based on a lack of understanding and is a clear misrepresentation of the great work of the Office of Education, and its education partners.”

The coalition did not immediately respond to an inquiry from Fox News.

Tags: board, Ca, County, school, trustee
You may also like
Celebrities News