London: Britain and Canada will join in Australia and the United States’ diplomatic boycott of the Beijing Winter Olympics over China’s human rights record.

Canada’s Prime Minister Justin Trudeau made the announcement on Wednesday. 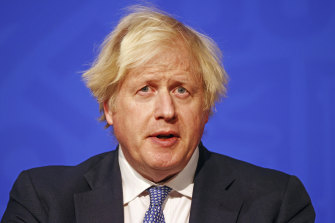 Britain’s Prime Minister Boris Johnson has been reluctant to announce the boycott.Credit:AP

“We are announcing today that we will not be sending any diplomatic representation to the Beijing Olympic and Paralympic games this winter,” said Trudeau.

In Britain, Prime Minister Boris Johnson was forced into conceding that Britain will adopt an “effective diplomatic boycott” after repeatedly refusing to adopt the label.

Johnson and his ministers have been under pressure by MPs pushing the government to take a stronger stance on China, to follow the United States and Australia’s lead in announcing an official diplomatic boycott of the Games in order to send a message to Beijing over President Xi Jinping’s human rights record. 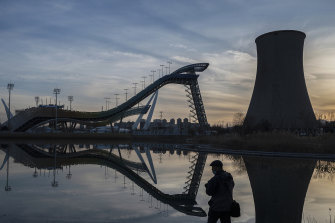 The Big Air venue, left, that will see competition in freestyle skiing in Shougang, a former power plant which now also houses the headquarters of the Beijing Organising Committee of the Olympic Games in Beijing, China. Credit:Getty

Boris Johnson told Prime Minister’s Questions that the government had “no plans” to send officials but stopped short of describing the government’s stance as a “diplomatic boycott”.

Former Conservative Party Leader Iain Duncan Smith, and co-founder of the global network of democratic MPs, the Inter-Parliamentary Alliance on China, told Johnson that this was “sadly, not strong enough”.

“I support the request that the UK Government now act against the dictatorial brutal Chinese regime that is persecuting everybody from Christians to Tibetans and terrorising the Uighurs,” he said.

“Will they follow the suit of the Americans, the Australians and even the Lithuanians and please — I beg of him — give a lead to human rights and make a diplomatic boycott of the winter Olympic games?” 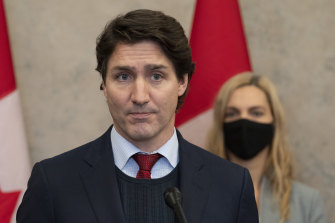 Johnson then conceded, for the first time, that the government’s position was essentially the same as Australia’s.

“There will be effectively a diplomatic boycott of the winter Olympics in Beijing,” he told Sir Iain.

“No Ministers are expected to attend, and no officials, but what I can tell the House is that I do not think that sporting boycotts are sensible, and that remains the policy of the Government.”

Duncan Smith welcomed the concession and thanked his IPAC colleagues for campaigning for the boycott.

“I welcome the Prime Ministers announcement that the British Government is finally imposing a full diplomatic boycott on UK ministers and officials from attending the Winter Olympics in China,” he said.

Sophie Richardson, China director at Human Rights Watch, said: “One hopes that Prime Minister Johnson’s ambivalently conveyed decision about a diplomatic boycott is underpinned by the UK’s commitment to the essential next step: pursuing justice for Chinese authorities responsible for crimes against humanity.”

André Gattolin a French Senator with President Emmanuel Macron’s En March party, said Europe had no excuses not to follow.

“As the atrocities continue in the Uighur Region, Tibet and Hong Kong, it is unthinkable that our state leaders will condone these Games,” he said.

“Our Government ministers must state clearly that they will not attend the Beijing Olympics.

“The US, UK and Australia have made the first move. There can be no excuse for Europe not to follow,” he said.