BORIS Johnson today vowed to better the lives of millions of "left-behind" Brits as he mapped out his vision for levelling up.

The bullish PM insisted his government had the "guts" to drive through radical changes unlike his "dithering" predecessors David Cameron and Theresa May. 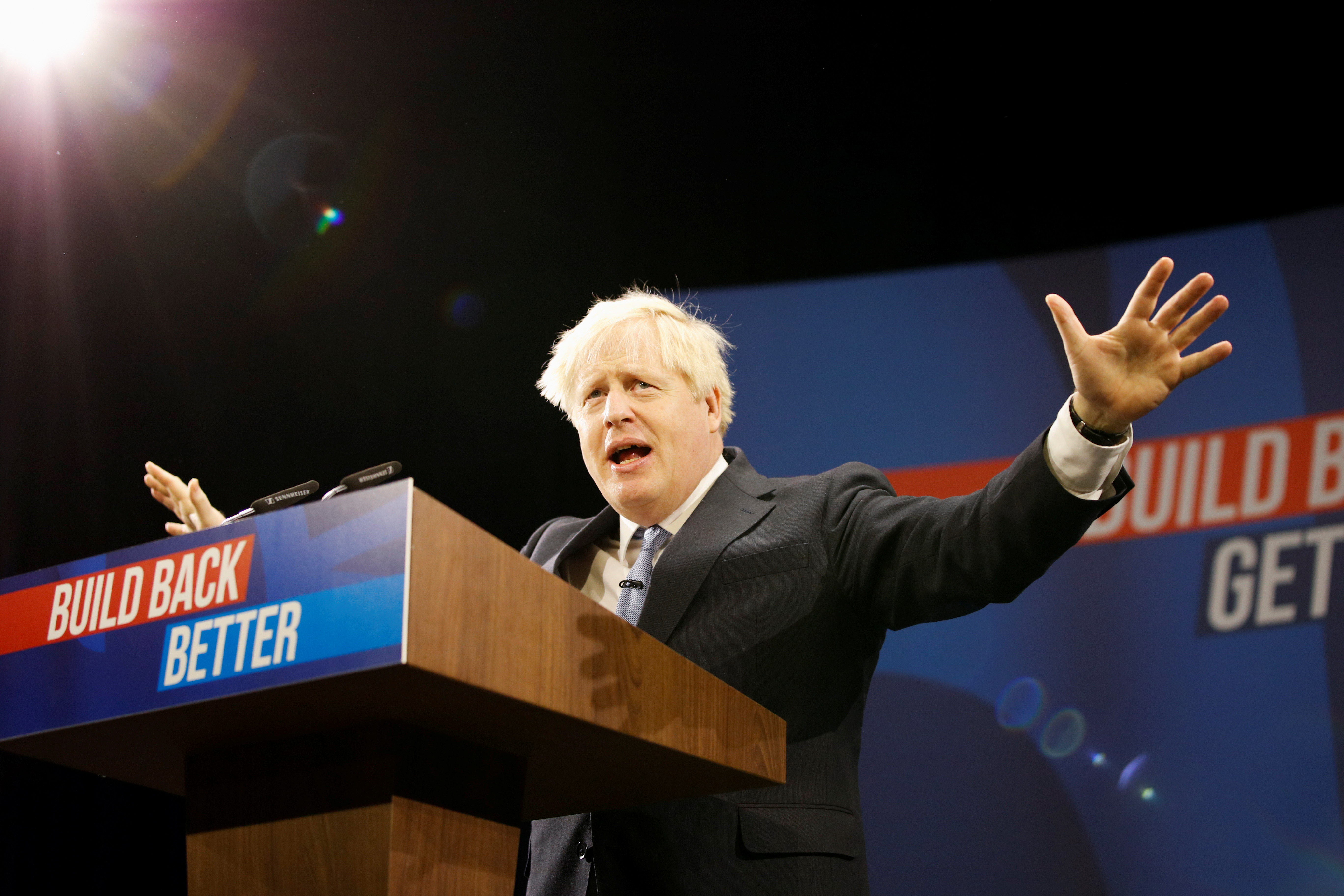 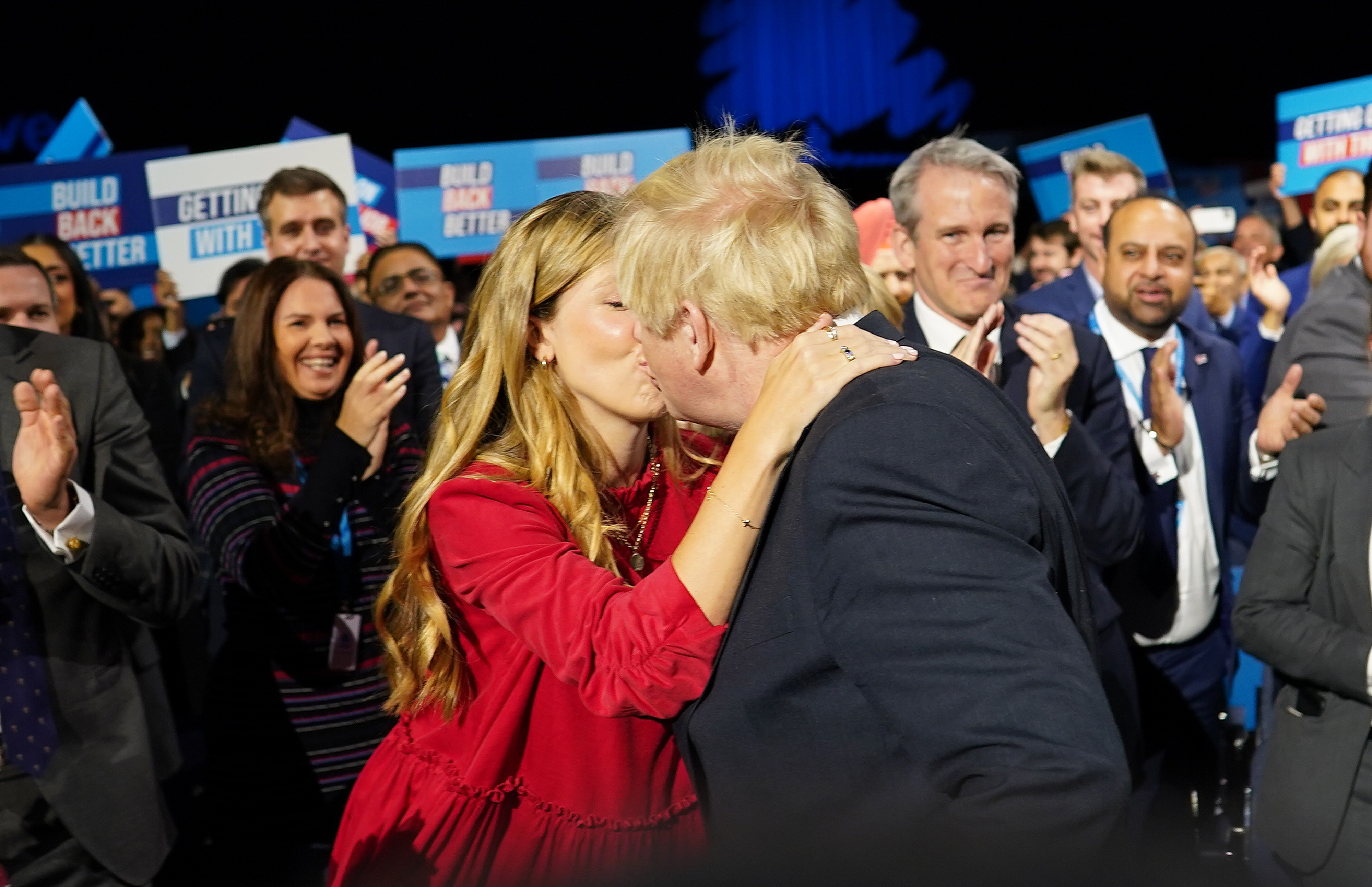 In his closing conference speech to Tory members in Manchester:

With Brexit done and the pandemic waning, Mr Johnson is under pressure to deliver on his loosely-defined flagship agenda to level up the North.

Rather than putting meat on the bones with key policy announcements the PM used his address to rally Tory troops to his cause to defend the nation's left-behind Brits.

Speaking in Manchester he said: "There is no reason why the inhabitants of one part of the country should be geographically fated to be poorer than others.

"Or why people should feel they have to move away from their loved ones, or communities to reach their potential.

"Levelling up works for the whole country – and is the right and responsible policy.

"Because it helps to take the pressure off parts of the overheating south east, while simultaneously offering hope and opportunity to those areas that have felt left behind."

Secret weapon Carrie – a favourite among grassroots activists – beamed as she watched her husband's speech.

But some Cabinet Ministers in the front row were nursing sore heads after partying the night away and belting karaoke.

Mr Johnson vowed to use his remaining time in No10 to grasp the nettle andtook a swipe at his predecessors for wasting time.

Mr Johnson said: "After decades of drift and dither, this reforming government, this can-do government that got Brexit done, is getting the vaccine roll-out done and is going to get social care done.

"We are dealing with the biggest underlying issues of our economy and society. The problems that no government has had the guts to tackle before."

Today’s speech comes after the PM spent the second half of the conference hitting back at his critics.

He rejected pleas to keep the £20 Universal Credit uplift — saying taxpayers should not have to stump up the eye-watering £6billion a year bill to keep it going.

As millions of people see their benefits cut from today, the PM insisted: “What we won’t do is take more money in tax to subsidise low pay through the welfare system.”

Mr Johnson defended the £20-a-week cut as part of his plan to “do the difficult, long-term things”.

“This country is at a turning point and we can’t go on,” he vowed.

And he urged bosses to pay workers more, making the case for a “high wage, high-skill” economy that could be “much, much better”.

And Health Secretary Sajid Javid said the Tories would “always be the party of freeing things up, not locking things down” as he pledged a radical shake-up of the NHS to catch up after the pandemic.

He told the conference yesterday: “2022 will be a year of renewal and reform. At a time like this, business as usual cannot be good enough.”

It came as petrol and diesel prices reached an eight-year high yesterday.

Grilled on whether the nation was in crisis, Mr Johnson said: "No, I think that, on the contrary, what you’re seeing with the UK economy, and indeed the global economy, is very largely — in the supply chains — the stresses and strains that you’d expect from a giant waking up, and that’s what’s happening." 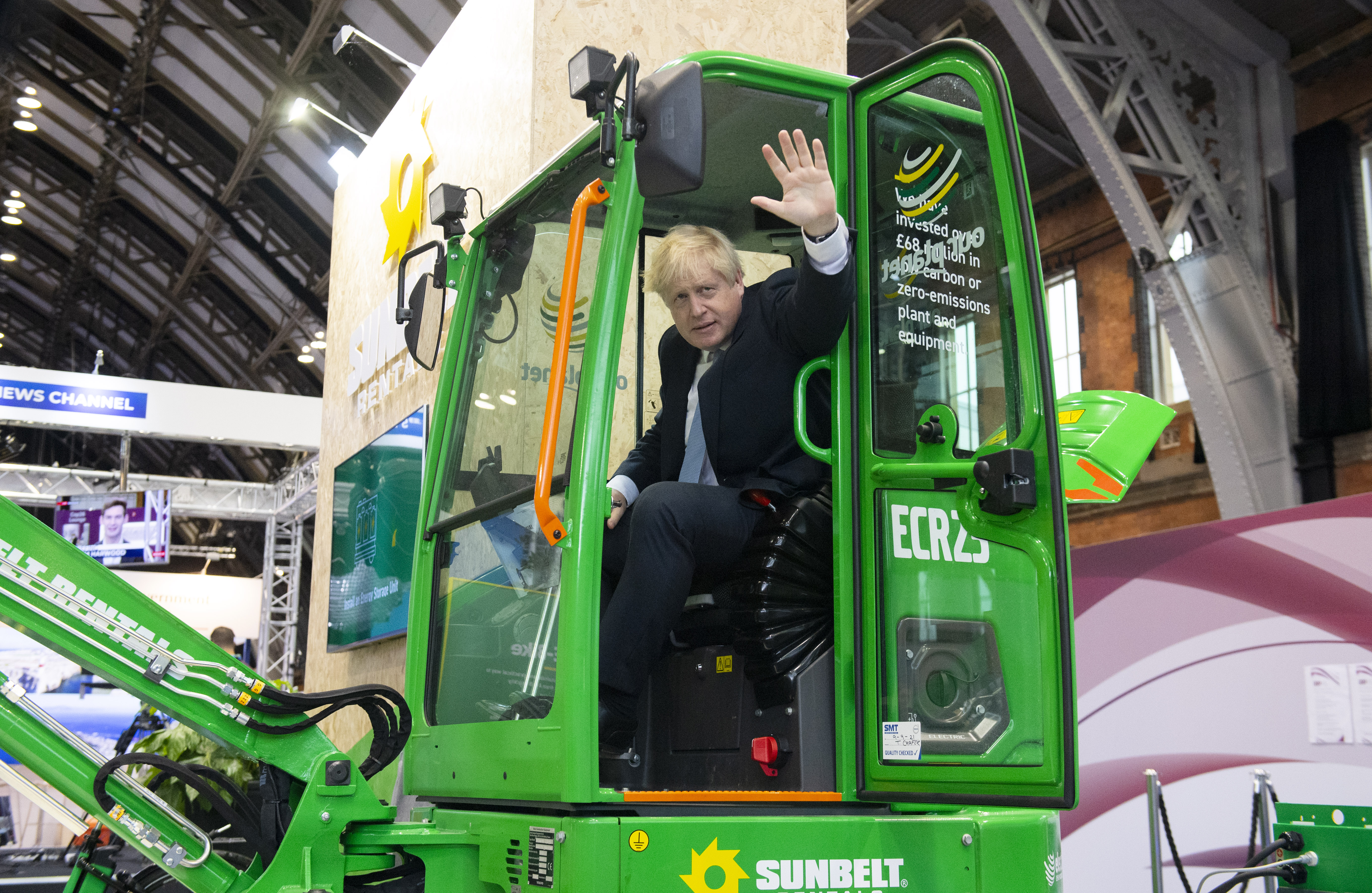 Tags: Boris, Crack, Johnson, on, to, vows
You may also like
Celebrities News