Boris Johnson is planning an ’emergency’ plan to improve children’s reading standards after shock figures revealed the impact of the coronavirus pandemic on literacy.

After spending months of the past year at home, as many as 200,000 primary school pupils could head to secondary school in September without being up to the required standard.

The figure, which includes a 30,000 increase in the number struggling with literacy during the pandemic, has led the Prime Minister to set out a four-year improvement scheme.

It will be outlined in a speech late next month after the official state opening of Parliament on May 11, the Sunday Times reported.

It said that education tsar Sir Kevan Collins ‘put a rocket up’ up officials at a meeting last week.

Sir Kevan has already publicly suggested the school day could be extended to help pupils recover from the coronavirus crisis.

The Government has announced that secondary schools will be given funding to run summer schools for the pupils who need extra classes the most.

Ministers considered a wide variety of options as part of their recovery plans, including longer school days and shorter summer holidays, but neither proposal was included in the details set out last month. 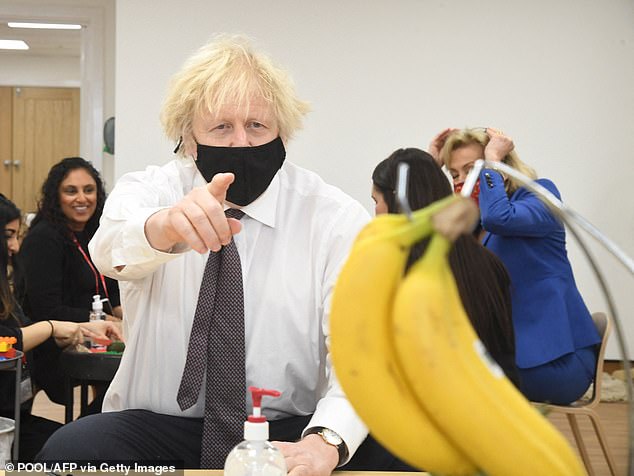 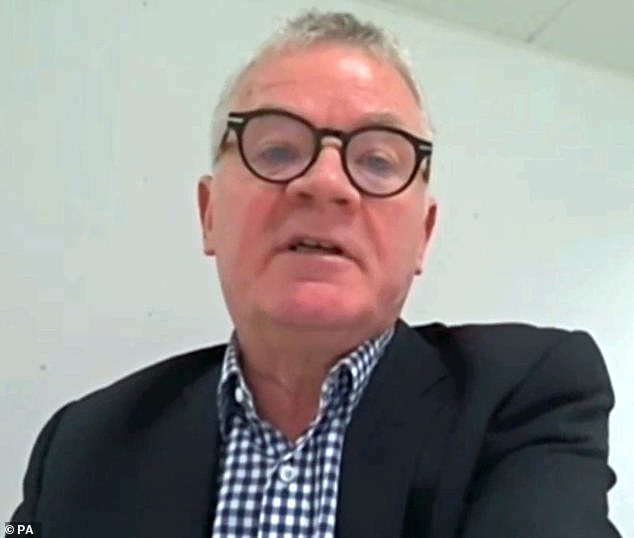 A source told the Sunday Times: ‘Making sure children can read and write properly and have the skills they need to prosper is the prime minister’s central focus.

‘We know coronavirus has wreaked enormous damage to people’s lives. We have to be honest about what happens next.’

Mr Johnson prioritised school reopening under his roadmap out of lockdown. They were the first institutions to be allowed to reopen, on March 8.

In February, the outgoing Children’s Commissioner Anne Logfield warned that children in England would have lost 850million hours of in-person teaching by then.

In a blunt assessment of Government policy the outgoing commissioner warned the Prime Minister his plan to ‘level up’ Britain would remain ‘just a slogan’ unless he stumps up cash on a large scale.

Yesterday he told a teaching union conference that investing in the next generation of teachers is ‘crucial’ to the Government’s long-term recovery plans, and central to closing the attainment gap between children.

In a pre-recorded speech to the NASUWT teaching union’s conference, Mr Williamson said that enabling staff to deliver high-quality teaching to ‘motivate a new generation is more important than ever’.

Addressing teachers at the virtual conference on Saturday, Mr Williamson said: ‘After all the disruption to our schools, including to teacher training, over the past year, investing in our next generation of teachers, and enabling them to deliver high-quality teaching to inspire and motivate a new generation, is more important than ever and crucial to our long-term recovery plans.

‘It is also central to closing the attainment gap, which the pandemic has cruelly exposed between disadvantaged pupils and their peers.’

The Government has made £1.7 billion of funding available in England to help children who have faced disruption amid school and college closures.

As part of the recovery package, this year summer schools will be introduced for pupils who need it the most, while tutoring schemes will be expanded.