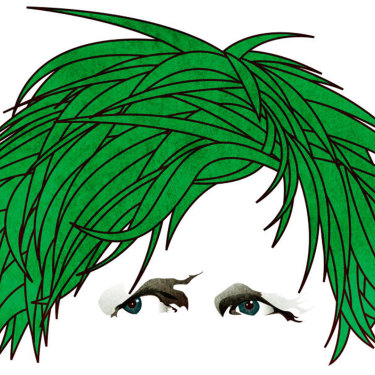 Long before he called Downing Street home, Boris Johnson spent much of his childhood roaming the family farm in Exmoor National Park, a four-hour drive west of London. A daily coexistence with herons, owls, woodpeckers, kingfishers and red deer was something of a storybook start for the boy who would later morph into one of the world’s ‘greenest’ leaders.

“As the poet William Wordsworth once wrote of the beautiful Westminster Bridge, ‘Dull would he be of soul who could pass by a sight so touching in its majesty’,” says Stanley Johnson, the Prime Minister’s father. “And while it might be a different context, the sentiment is the same for Boris. He spent formative time in this beautiful part of England, and it probably left a lasting impression.” 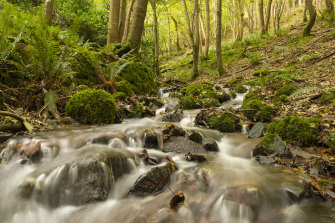 Five decades on and a world away from the tranquillity of the farm, Johnson will on Monday welcome 25,000 delegates to Glasgow for a summit billed as a make-or-break moment for the planet. The COP26 talks aim to spare the globe from the worst impacts of climate change, and the strength of Johnson’s commitment to the cause has surprised even some of his closest allies.

He recently channelled teen climate campaigner Greta Thunberg by telling a youth climate conference in Italy that the “reckless actions of their elders” meant “your future is being stolen before your eyes”. And while he this week sought to manage expectations by predicting the Glasgow talks would be “touch and go”, he has repeatedly framed the gathering as a chance to save the Earth.

Despite dealing with an overflowing intray of domestic policy headaches, Johnson has also spent much of the past year poking, prodding and publicly shaming world leaders for not doing enough ahead of COP26.

“When the summit ends, when most of the world has committed to decisive, game-changing action, it will be clear to all which of us has lacked the courage to step up,” he told them in September at the UN General Assembly in New York. “The world will see, and your people will remember, and history will judge.” 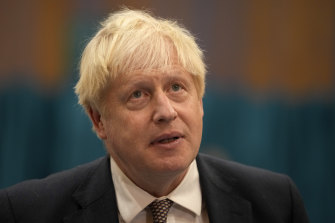 Britain’s Prime Minister Boris Johnson has spent much of the last year lobbying other world leaders to step up their net zero commitments. Credit:AP

At first glance, Johnson is an unlikely eco-warrior. The 57-year-old heads a conservative government and as a journalist wrote that many global warming concerns were “without foundation”, called fracking “a miracle” and claimed wind turbines “would barely pull the skin off a rice pudding”.

As Prime Minister, though, it’s a different story. He has led the charge to end coal-fired power generation in rich nations by 2030, will ban the sale of new petrol and diesel cars in Britain by the same year and promises voters he’ll deliver a “Green Industrial Revolution” to transform the economy, workplaces and homes. The British government aims to slash emissions by 78 per cent by 2035, one of the world’s most ambitious targets.

The Prime Minister recently confessed his earlier columns for the right-wing Telegraph newspaper “weren’t entirely supportive of the current struggle”. “But the facts change and people change their minds and change their views and that’s very important too.” 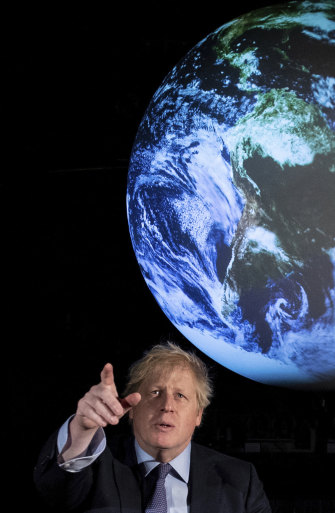 As Prime Minister, Boris Johnson has rolled out detailed and ambitious plans to slash the UK’s emissions. Credit:Getty

Stanley Johnson says his son’s critics are often too quick to “slag him off” and underestimate his intellect and genuine interest in the environment, particularly around biodiversity and the proliferation of plastics.

“He’s basically a big greenie,” says Bim Afolami, one of Johnson’s backbench MPs and member of the Conservative Environment Network. “Before he became Prime Minister, I found myself at dinner with him at mutual friend’s house, and a big part of the conversation was about the environment and I remember thinking, ‘gosh, I had no idea he was so into this’.

“A key point is that he does not approach climate change primarily like an academic. Too much of this debate becomes very academic very quickly. What the Prime Minister intuitively understands is that people have got to understand what it means for them and their lives.”

Those who know Johnson well stress that to understand his current climate crusade, you must first understand his inner circle. At the centre of that network is Johnson’s third wife, Carrie, whom he married in May.

A longstanding animal rights activist and former Conservative Party director of communications, Carrie now works for the Aspinall Foundation, which aims to protect endangered animals, and is patron of the Conservative Animal Welfare Foundation. 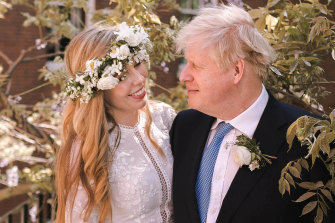 Boris Johnson with his wife, Carrie Johnson (nee Symonds), at their wedding earlier this year. Credit:Getty

Downing Street tries to downplay her influence over government policy and ministerial appointments (they denied in April that she tried to have Environment Secretary George Eustice sacked because of a perceived ambivalence on animal rights), but few dispute she’s a big influence on the strength of Johnson’s climate convictions.

“She’s probably one of the most significant spouses in Downing Street in recent years, there’s no question about that,” says Dominic Dyer, an animal rights campaigner and friend. As then-head of the Badger Trust, Dyer met Carrie last year to lobby against a planned cull in the English county of Derbyshire. The cull was cancelled after the Prime Minister raised the matter directly with Eustice.

“In 2019, when Boris Johnson had only been Prime Minister for a few months, he basically used half of a bilateral meeting with the Japanese Prime Minister to speak about commercial whaling, which I know was down to me and others talking to Carrie, who talked to Boris,” Dyer recalls. 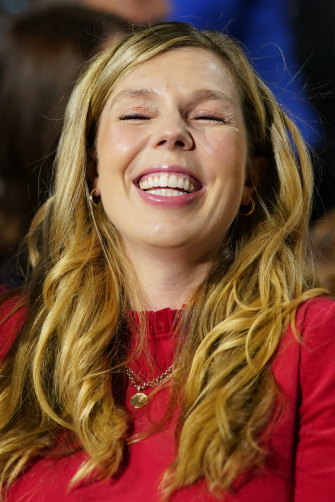 One of Carrie’s strongest public defenders is Lord Zac Goldsmith, who rubbishes concerns that the Prime Minister’s wife has too much influence and says criticism of her is laden with “1950s sexism”. Goldsmith, the son of the late billionaire businessman Sir James Goldsmith, is extremely close to the Johnsons and carries much more heft inside Downing Street than would normally be expected for his relatively junior ministerial position of Minister of State for Pacific and the Environment. His financier brother, Ben, is also an environmentalist and equally friendly with Johnson. 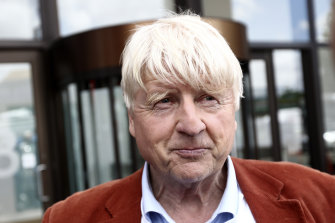 Stanley Johnson, the father of British Prime Minister Boris Johnson, is an environmentalist in his own right. Credit:Bloomberg

Stanley Johnson has also spoken out about the environment for decades, written books about it and in 2015 was even awarded a World Wildlife Fund award. Carrie and Stanley attended an anti-whaling protest targeting the Japanese embassy in London, both shouting “save the whales!” at the top of their lungs.

The 81-year-old, who still owns the farm Johnson spent time at as a child, is itching to go to COP26 next week and would welcome an encounter with Thunberg – a prospect most senior conservatives in Australian politics would never admit to or outright avoid. “I think she’s absolutely marvellous,” Stanley says. “As I speak I have her book in front of me, No One Is Too Small To Make A Difference. She has absolutely galvanised the world.

“But anyone – regardless of their age – who lives here on this extremely crowded, polluted island of ours would have to be a little bit short-sighted not to realise the extent of the environmental problems at a national and international level.”

Unlike Australia, where climate politics have ruined a string of prime ministerial dreams, Johnson’s Conservative Party has seized the environment as a core issue and made it one of economic renewal. Many of the same towns and cities in England’s north which Johnson snatched from Labour at the last election stand to gain the most from a renewables boom.

A recent YouGov poll found 50 per cent of respondents believed the UK was not doing or spending enough to reduce emissions. Just 15 per cent said Johnson was doing too much. “He’s playing a blinder,” Stanley says of his son.

However, criticism is growing in conservative media about Johnson’s approach amid fears his rhetoric is too progressive and his net zero policy program too bold. The risk for the government is that support for the climate agenda ebbs away as the extraordinary difficulty of decarbonisation becomes apparent, as well as its impact on household bills.

Confronting the critics head on, Johnson this month suggested the speed of the transition would soon accelerate to a pace where it ends up beyond even his own ambitions. “There is a force out there stronger than government. And actually a force that is stronger than business. And that force is consumer choice. That force is the market. And the market is going green.”

Stanley Johnson has no time for those who say the UK is too green: “It’s very hard to accuse any government of being over-ambitious when it’s perfectly clear where we are right now is going to get us nowhere near where we ought to be.”

Dyer, Carrie’s animal activist friend, agrees Johnson has turned the dial on climate change already but views the next fortnight as a crucial test.

“He’s a funny politician, Boris. He’s not ideological in any way. I see him as someone who wants to go down in history as having done big things. He’s got an opportunity with Glasgow to be part of this very important decision about the future of the Earth, and the climate emergency we face.

“Can he pull it off? Can he be seen as someone who brought people together at a crucial time and made some very important decisions?

“I honestly don’t know. It could go either way.”

Get daily updates on the climate summit that will shape our future. Sign up to our COP26 newsletter here.

Tags: An, Boris, cap, Johnson, unlikely
You may also like
Celebrities News