THREE sailors have been rescued from a tiny Pacific island after writing a giant SOS sign in the sand that was spotted from above.

The men had been missing for three days when they were found on the uninhabited Pikelot Island in Micronesia by Australian and US forces on Sunday. 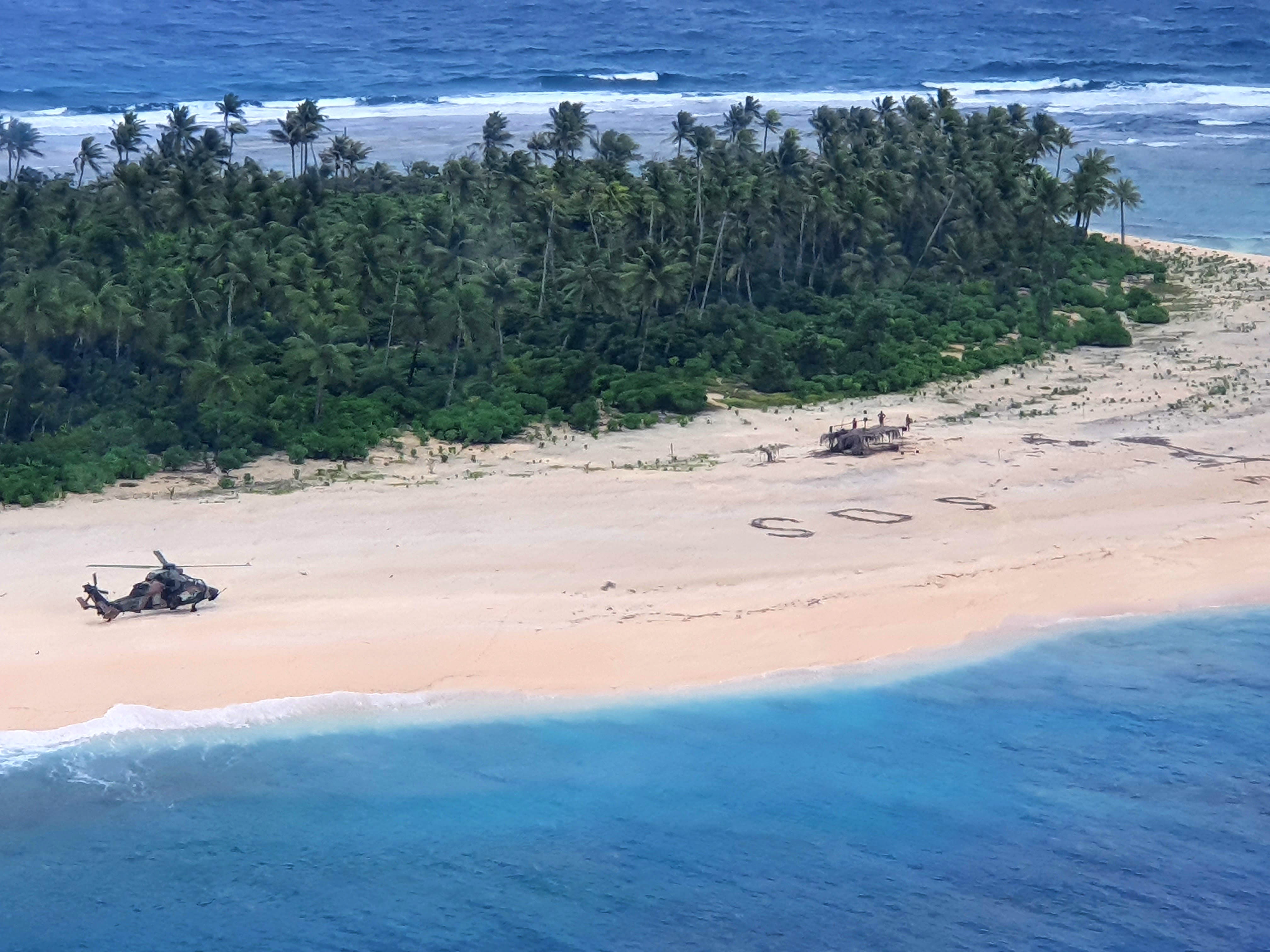 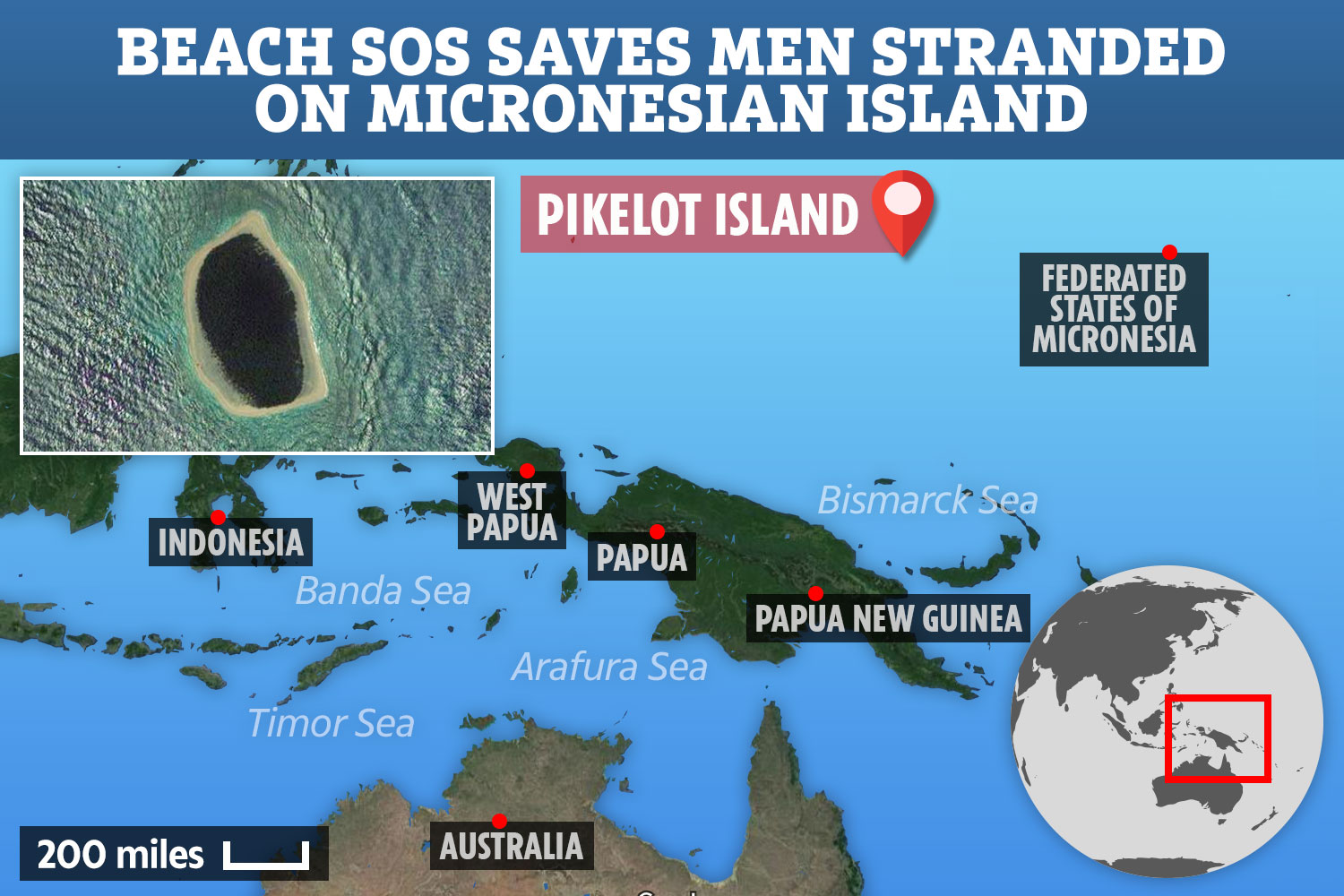 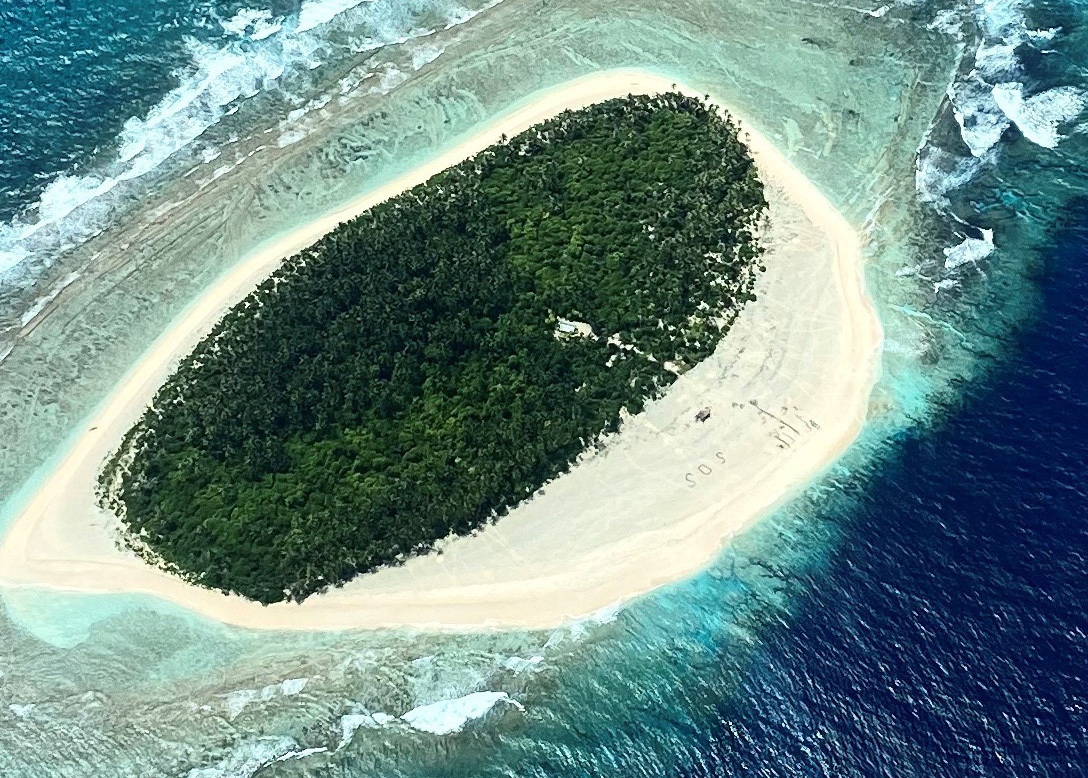 The men were reportedly sailing between the atolls of Pulawat and Pulap, a journey of 27 miles (43km) when their boat ran out of fuel.

The sailors were found about 118 miles (190km) from where they had set out.

Authorities in Guam initiated the search but called for Australian help after receiving reports the men were missing on August 1.

The military vessel Canberra joined the operation while returning to Australia from Hawaii.

The men were found in good condition with no major injuries, according to the Australian Defence Force.

After their SOS message was spotted, an Australian military helicopter landed on the beach and gave the men food and water.

A Micronesian patrol vessel was reportedly heading to the island to pick up the stranded men.

"I am proud of the response and professionalism of all on board as we fulfil our obligation to contribute to the safety of life at sea wherever we are in the world," he said.

Micronesia, located in the western Pacific, consists of some 600 tiny islands.

SOS is an internationally recognised distress signal that originates from Morse code. 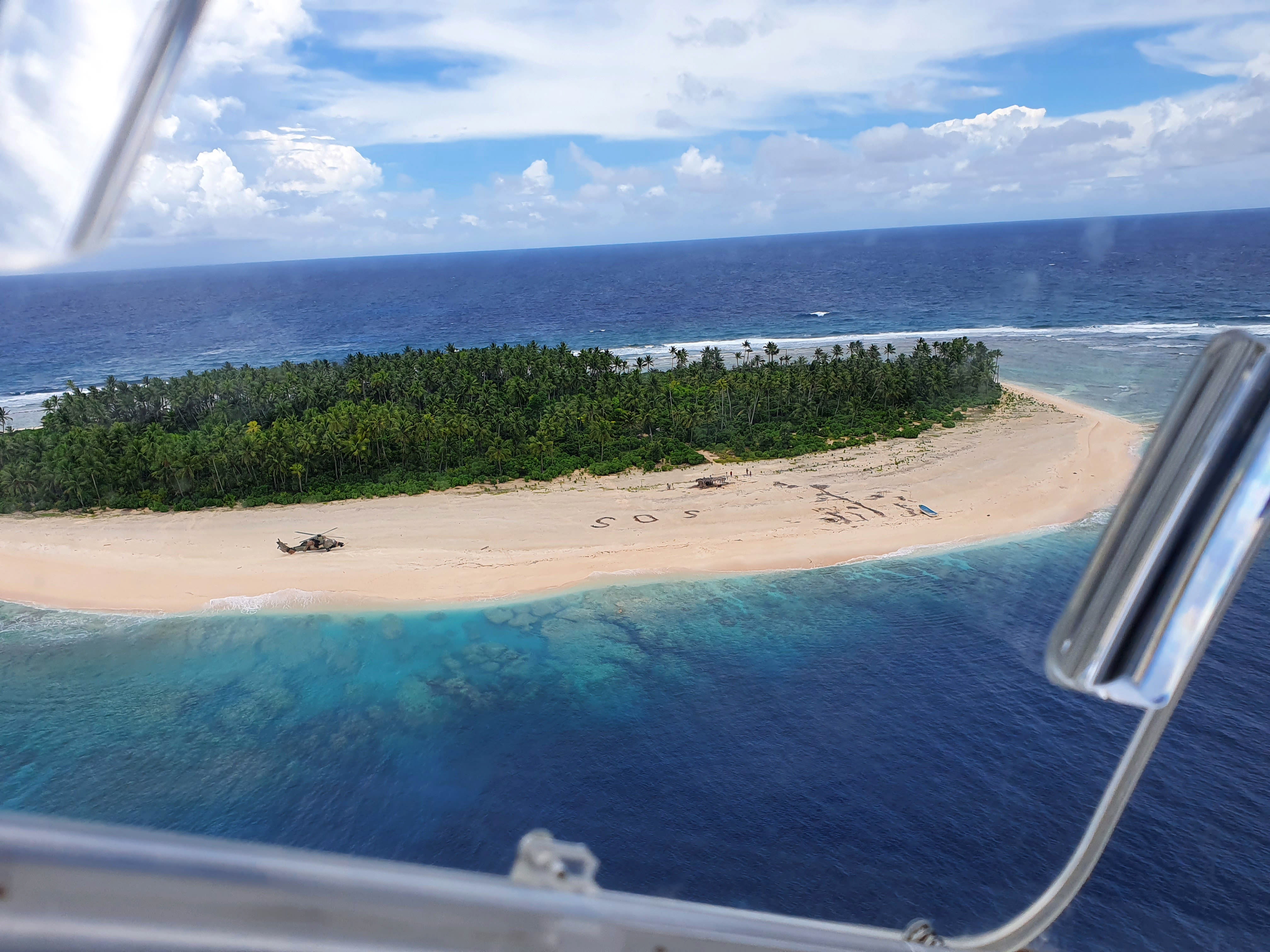 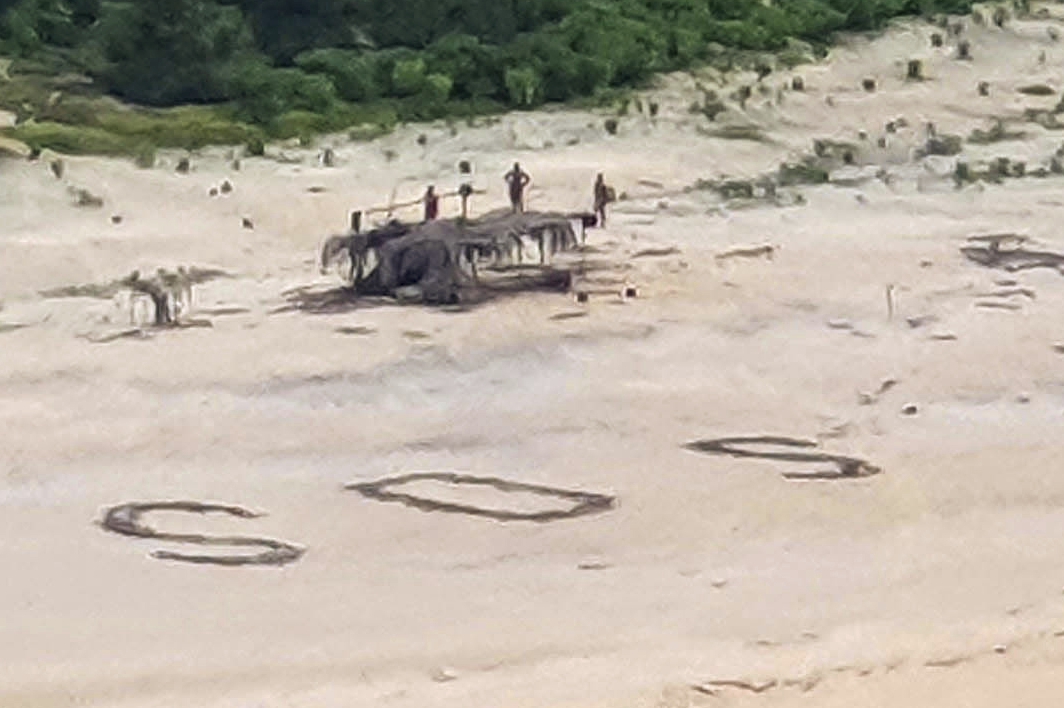 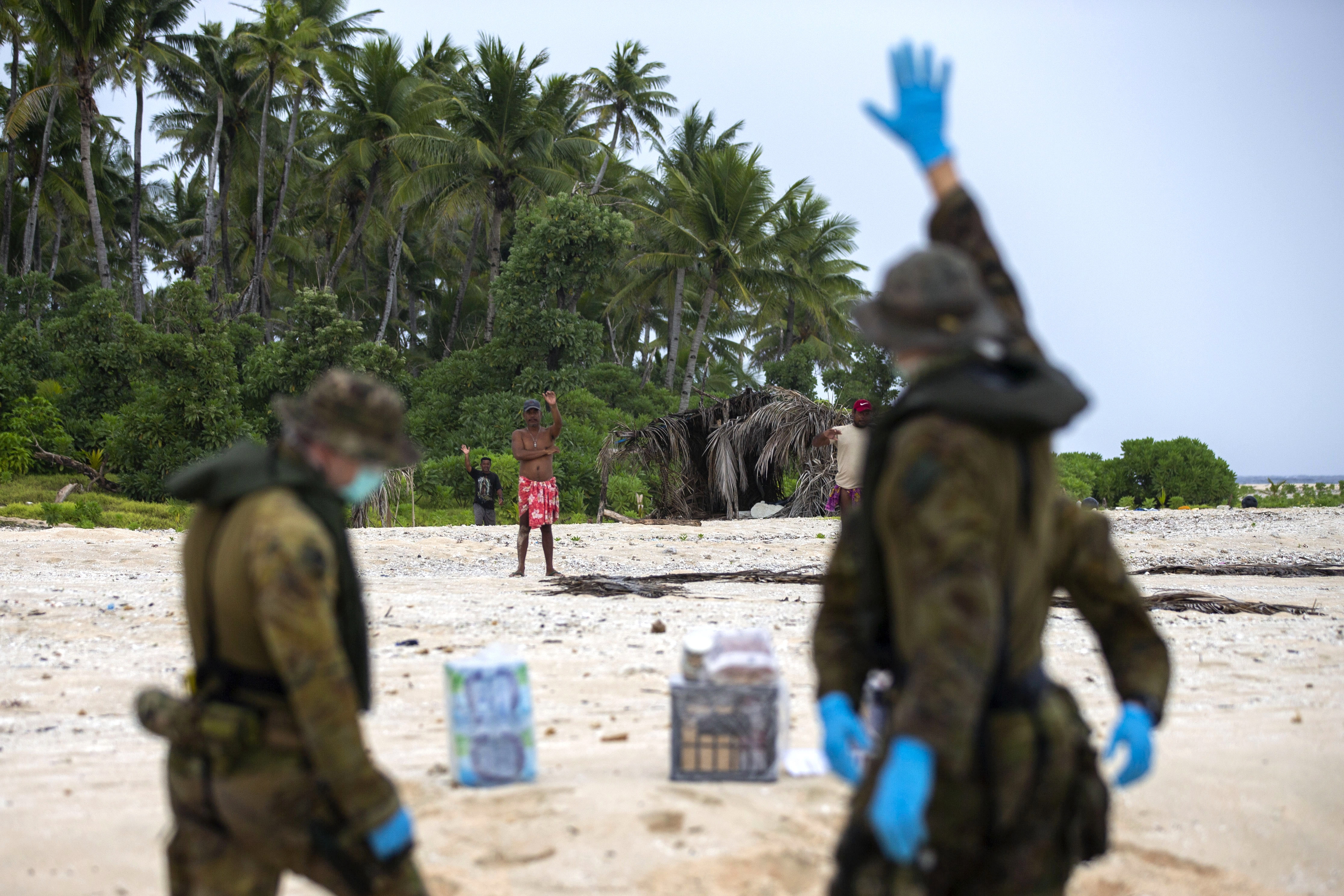