A minister reassured Brits of the dose's effectiveness today – and revealed that almost 1,000 vaccinations are being doled out every minute in the country's coronavirus fight-back. 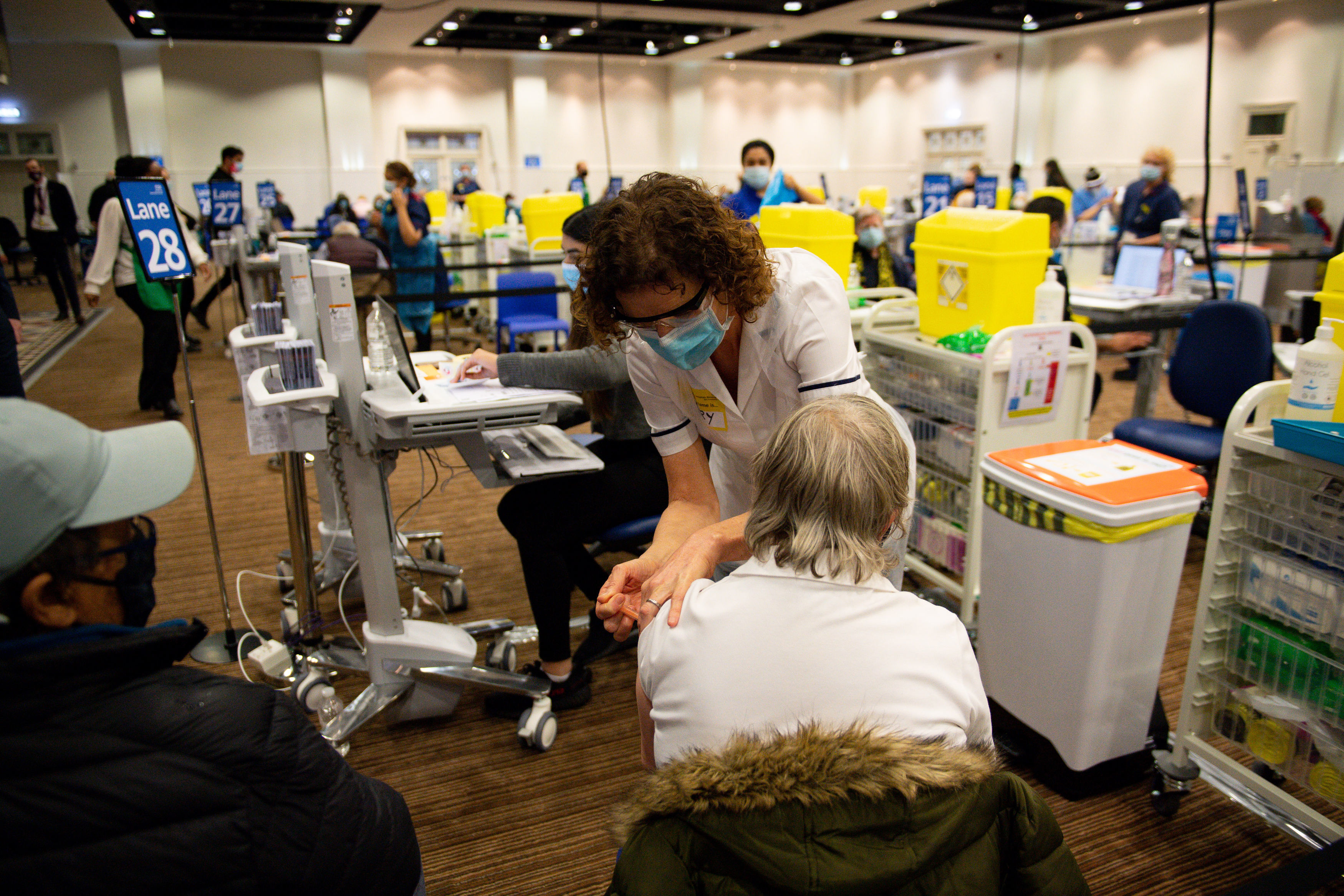 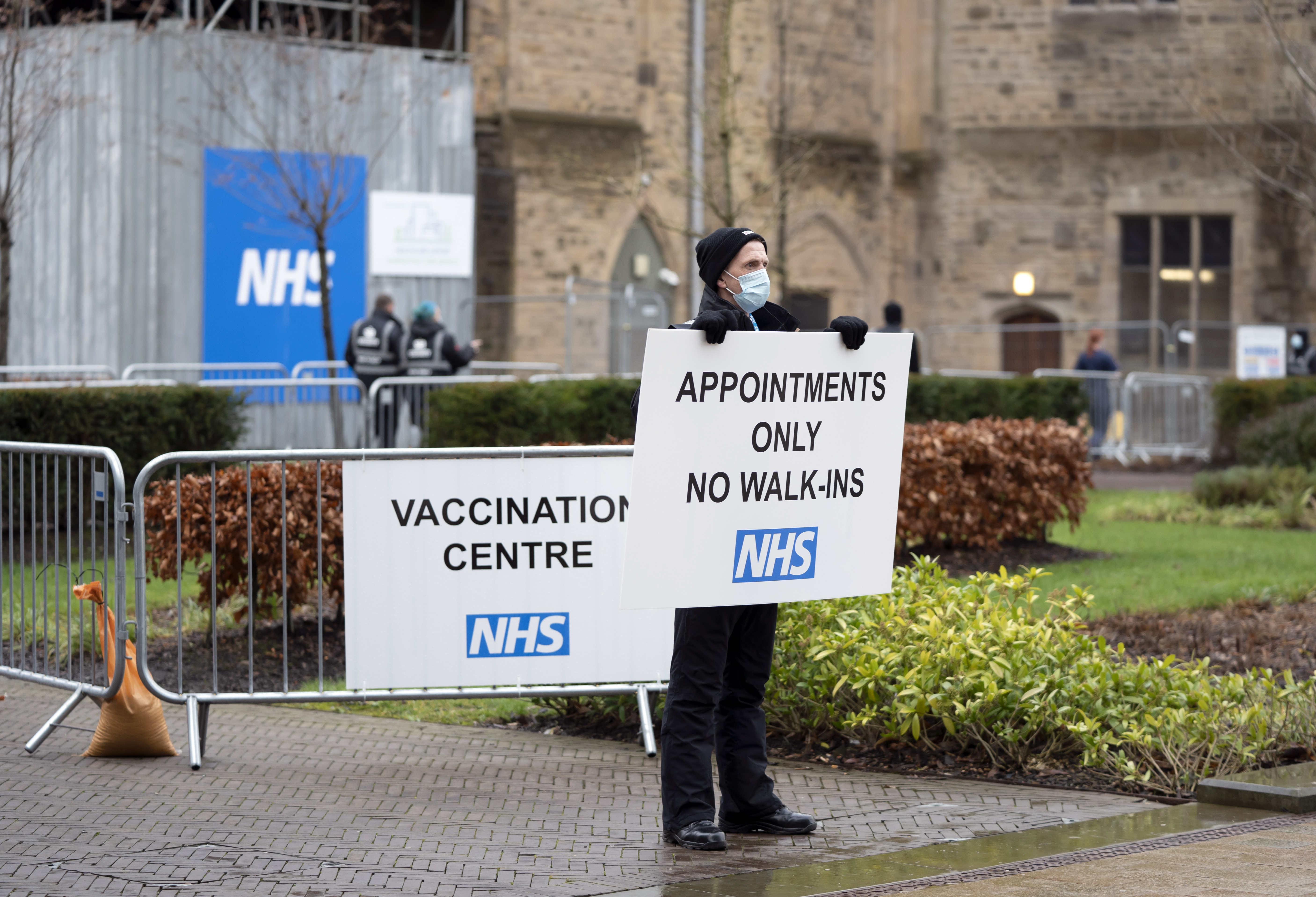 Vaccines Minister Nadhim Zahawi spoke amid claims the Oxford inoculation was less effective against the variation.

The small study, which has not yet been peer-reviewed, offered early data on the conclusion.

Mr Zahawi this morning said he had spoken to England's Deputy Chief Medical Officer Jonathan Van Tam about the study.

And he said that through its own trials, AstraZeneca is "confident that it does effectively deal with serious illness, serious disease and hospitalisation".

Meanwhile, the politician revealed the UK's jabs success – and says he believed the Government will have vaccinated all over-50s by May.

He was interviewed by Sophy Ridge on Sky after it was reported that a small trial of 2,026 people in South Africa found the Oxford/AstraZeneca jab had 'limited efficacy' in protecting against mild and moderate disease caused by that strain.

However, no one died or was hospitalised. The data has not yet been published, but was seen by the Financial Times.

The UK is currently conducting mass testing in eleven areas where the South African variant has been found.

An AstraZeneca spokesman said: "In this small phase I/II trial, early data has shown limited efficacy against mild disease primarily due to the B.1.351 South African variant. 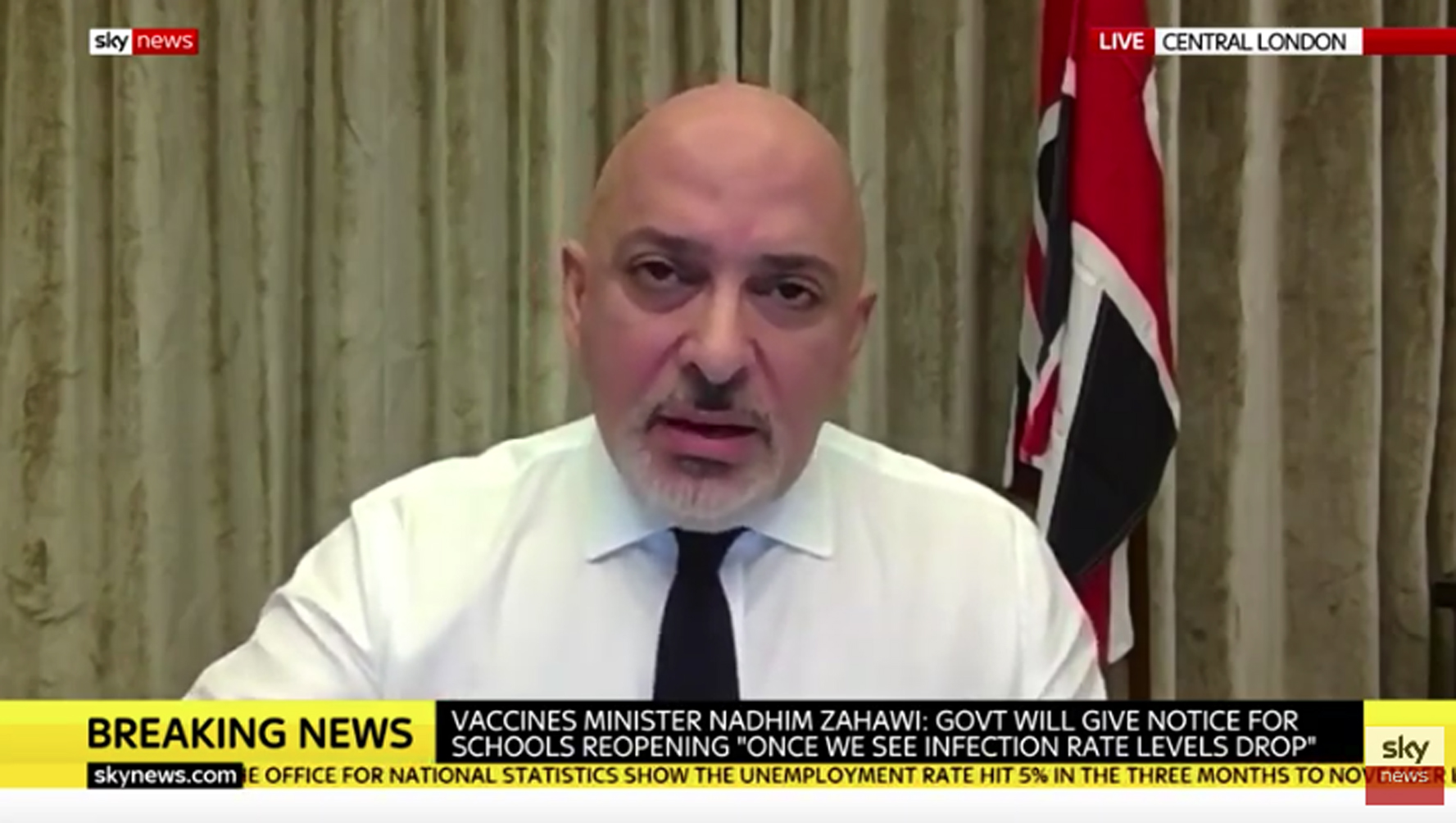 "However, we have not been able to properly ascertain its effect against severe disease and hospitalisation given that subjects were predominantly young healthy adults."

And Mr Zahawi said today: "I spoke to Jonathan Van Tam this morning.

"Of course the good news about the Oxford/AstraZeneca vaccine – which is the flipside of that headline – is that it does protect against severe disease.

"Through their own trials, AstraZeneca is confident that it does effectively deal with serious illness, serious disease and hospitalisation."

And he revealed the UK's vaccine roll-out almost hit 1,000 jabs a minute at one point yesterday.

"The limiting factor is vaccine supply, so vaccine supply remains finite. I can tell you that yesterday between 11am and 12noon we almost got to 1,000 jabs a minute," he said.

He said he was "confident" that more than 14million of the most vulnerable will have had at least one jab by February 15, adding: "I am also confident, because I have enough line of sight of the deliveries that are coming through, that we will also meet the one to nine cohorts by May."

Scientists are particularly concerned about three variants of the virus, first detected in Kent, South Africa and Brazil.

The Kent mutation is now the UK's dominant strain, while the South African variant, which has been detected across the world, appears to be proving the most resistant to vaccines.

American pharma giants Johnson & Johnson and Novavax have both reported their shots are less effective against the strain.

Elsewhere, Moderna is manufacturing a booster shot to its vaccine regimen to tackle the variant, while the Pfizer-BioNTech jab was also reportedly less effective.

Tags: 'confident&#x, AstraZeneca
You may also like
Celebrities News